Four of the club’s young players will represent their country over the next couple of weeks.

Val Adedokun, Ryan O’Kane and Andrew Quinn, who is currently on loan at Bray Wanderers, have been selected to attend a Republic of Ireland U19 Training Camp in early June while U17 forward Ethan Sousa has been named in the Northern Ireland squad for a friendly international tournament in England next month.

The Irish U19 squad will meet up at Johnstown Estate in Enfield, Co Meath on June 4th for a three-day camp as head coach Tom Mohan continues his preparations for the UEFA European Championship qualifiers this autumn.

Adedokun made his full league debut for the club in the 2-2 draw with Longford Town recently while local teenager O’Kane has burst onto the scene this season after arriving from Cliftonville during the winter and Lilywhites academy manager Stephen O’Donnell said that he was happy with the duo’s steady development.

“This is the reward for all of the work they’ve put in this season. They’ve taken the opportunities that presented themselves with the injuries we’ve had and it’s great to see,” said McDonnell.

“If Val keeps applying himself every day then there’s no reason he can’t reach the heights in this country – and even further afield. He’s still 18 while Ryan also turns 18 in the summer so for the two of them, it’s about continuing to do what’s got them into this position and not looking too far ahead.” 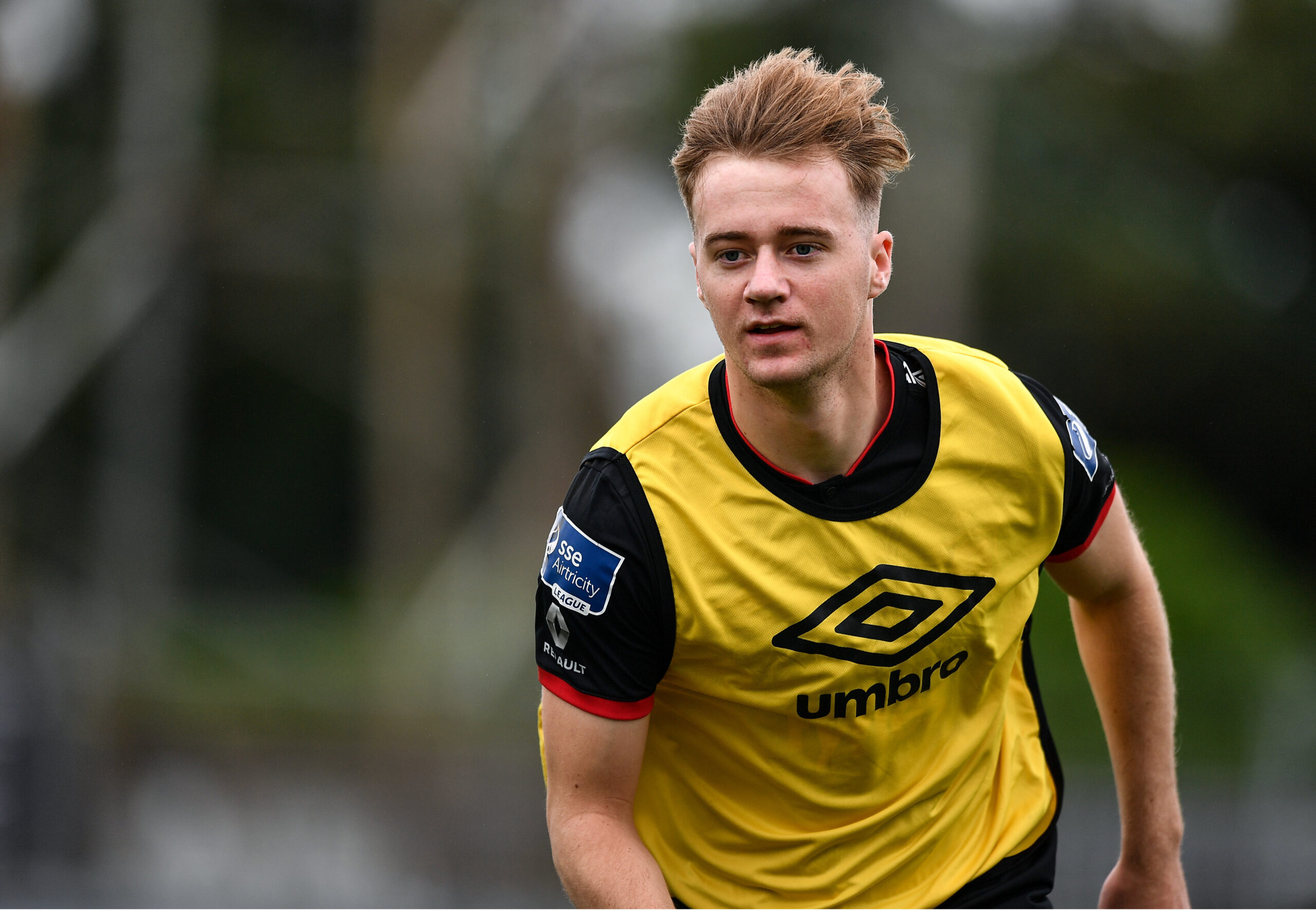 Andrew Quinn, pictured during a Dundalk training match at Oriel Park in 2020. Photo by Ben McShane/Sportsfile

A third Dundalk player has also been selected to attend the camp. Andrew Quinn, who is currently on loan at Bray Wanderers, has also been invited to Enfield by Irish U19 manager Tom Mohan.

The central defender, who was named in the Irish U18 squad last year, has been an ever-present in Gary Cronin’s side this season and McDonnell said that the U19 call-up was an example of a loan move paying dividends.

“Sometimes going on loan works or it doesn’t work but it’s very much worked in Andy’s case,” he said. “He’s playing every game and playing very well. We’ve had eyes on Bray’s games this season and the reports on him have been very good.

“Bray are a good side and they’re starting to clock up some results which means they’ll probably be there, or thereabouts, at the end of the season so that’ll be good for Andy’s development.”

Meanwhile, Lilywhites U17 attacker Ethan Sousa has been named in the Northern Ireland squad for a friendly international tournament in England next month. 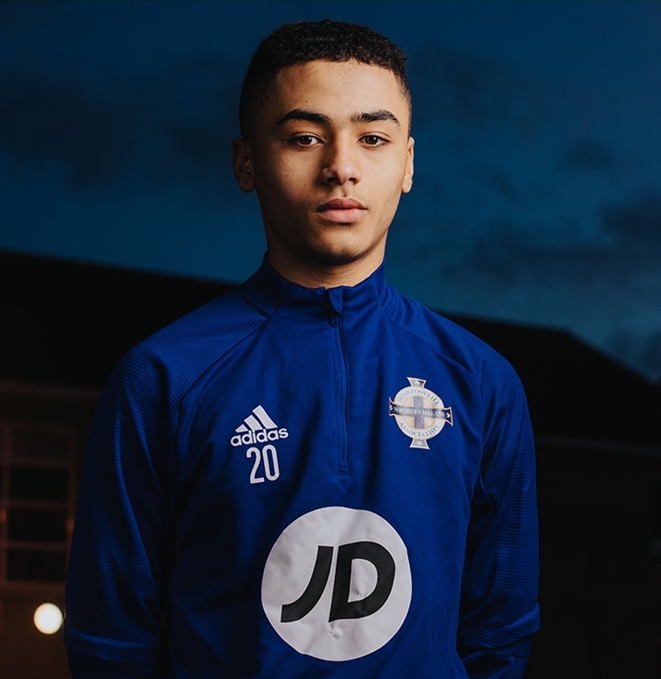 The youngster will meet up with Gerard Lyttle’s U17 squad for games against Wales and England at St George’s Park on June 1st and 3rd respectively.

“I had the pleasure of working with Ethan at Northern Ireland’s full-time academy with Jim Magilton in Jordanstown,” said McDonnell. “He is very similar to Ryan in terms of how he plays; a right-footed inverted winger. He’s one that we will be looking to get in when he’s off school and give him some exposure to the environment we have.”

After a lengthy COVID-enforced layoff, the club’s academy teams are all back training and McDonnell said that the quartet’s international recognition was a huge boost for everyone at Oriel Park.

“As a club, we would love to be represented at every age group at international level,” he said. “It’s an ambition of the club and it’s an ambition of mine but you only get that from having good people and structures in place and by working hard every day and applying yourself and that’s something we’re going to try and make happen.

“That’s the message we want to send out to people and that’s where we want to go with it and then everything hopefully improves on top of that. The lads being called up is a great starting point.”