TRIP TO WALES ON THE HORIZON

TRIP TO WALES ON THE HORIZON

Dundalk FC will face Newtown AFC from Wales in the first qualifying round of the 2020/2021 UEFA Europa Conference League.

The tie is due to be played on July 8th/15th. Confirmation of the date, venue, and kick-off time will be announced in due course.

Newtown AFC finished seventh in the Cymru Premier last season and qualified for this season’s Europa Conference League via the end of season play-offs.

This will be just their fifth European tie in the club’s 146-year history. Their first outing in Europe came in 1996/97 when they were beaten 7-1 on aggregate by Skonto Riga in the UEFA Cup preliminary round.

Their last appearance came in the 2015/16 season, where they took on Valletta of Malta, winning 4-2 on aggregate, and FC Copenhagen of Denmark, where they lost 5-1 on aggregate, in the Europa League qualifiers. 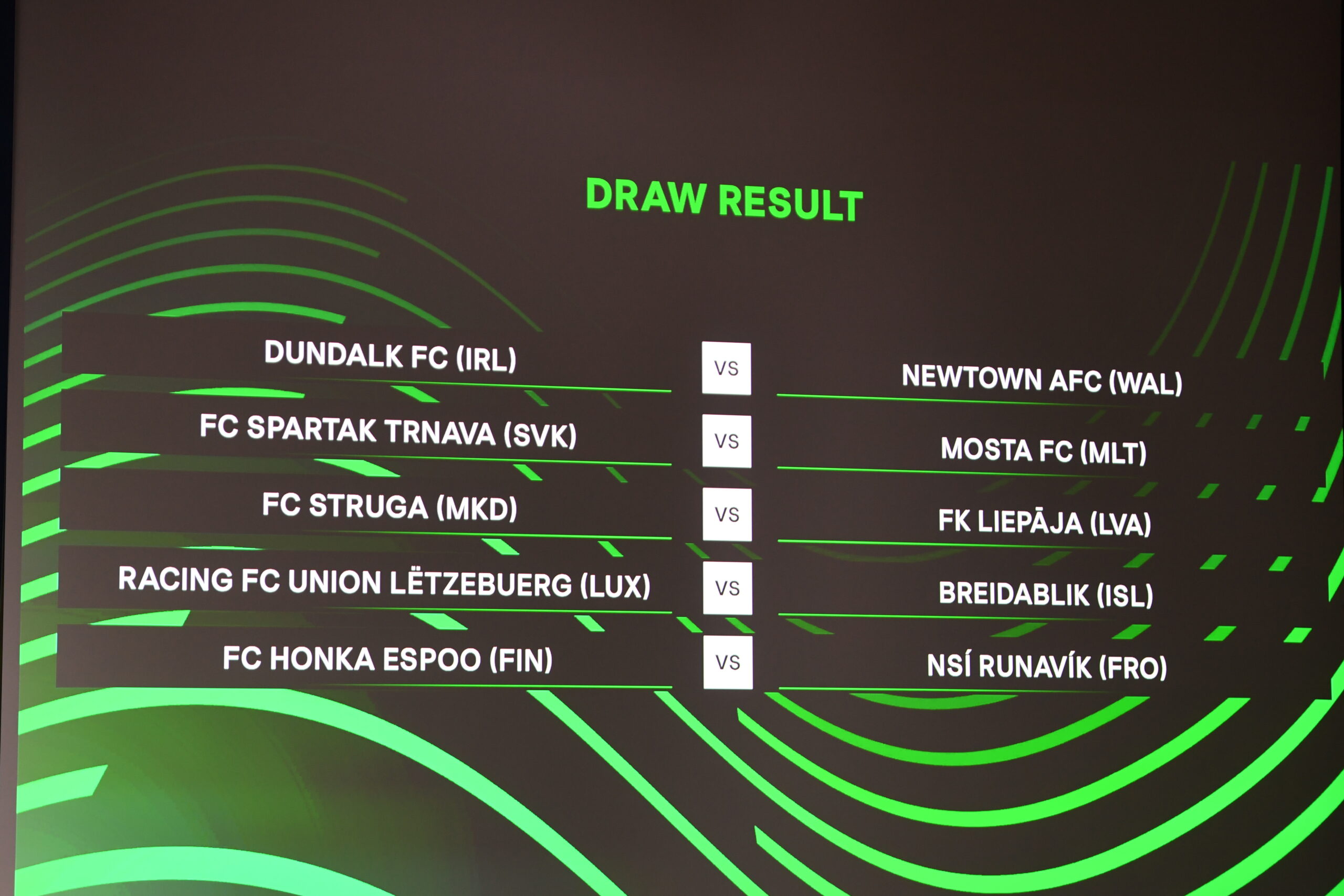 Founded in 1875 as Newtown White Stars, they are one of the oldest clubs in Wales and are a founder member of the Football Association of Wales. In addition, the club was also one of the founder members of the League of Wales, now known as the Cymru Premier.

Newtown White Stars, who appeared in the first-ever Welsh Cup match in 1877, are believed to have merged with Newtown Excelsior to form the current Newtown AFC in the late 1880s.

Newtown are one of only two clubs that can claim unbroken membership of the Welsh league since its formation in 1992, with the other club being Aberystwyth Town.

They play their matches in the 1300 seater Latham Park, which is located in the town of Powys, two-and-a-half hours away from Holyhead.