U14 SQUAD IN FRANCE

Our U14 squad flew out from Dublin Airport on Friday morning to take part in this weekend’s Universal Football Tournament International Cup in France.

The 17-player squad, along with manager Thomas McShane, academy director Derek Boyle, physio Craig Gray and goalkeeping coach Sean O’Hare, have spent the last couple of months preparing for the 14-team tournament which has been split into two groups of seven.

The young Lilywhites have been played in Group A with FC 93, Hyeres FC, AS Illzach Modenheim, Selection St Chamond, Asco Foot and Association Feu Vert.

They will play six games, with a duration of 25 minutes each, on Saturday with the top four from each section advancing to the quarter-finals of one cup and the bottom three going into a separate competition.

The quarter-finals, semi-finals and finals are due to take place on Sunday. We’ll have updates on our social media channels over the weekend. 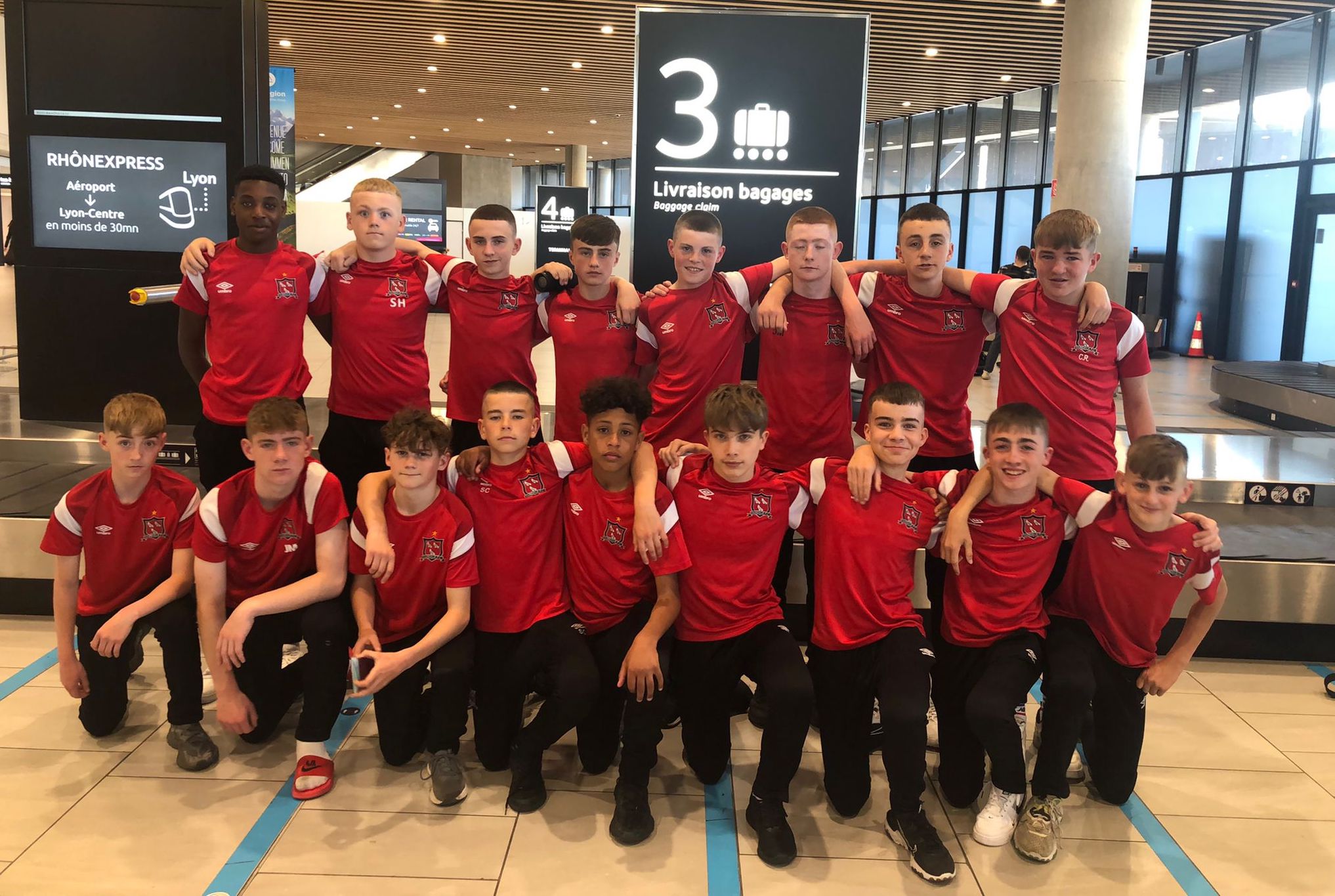 The lads enjoyed a fine start to the tournament on Saturday, winning three, drawing two and losing just one of their six group games.

Jack Martin scored Dundalk’s opening goal in a 1-1 draw with FC 93 from Paris before the Lilywhites put seven without reply past Association Feu Vert in game two.

Martin, along with Alex Gaughran, Vincent Leonard (2), Liam McCabe (2) and Mikey Putnam were all on target in a 7-0 win but with the temperature rising, the heat started to take effect and game three ended in a 0-0 draw with Hyeres FC.

Game four saw the lads lose their only game of the group stages as AS Illzach Modenheim recorded a 1-0 win but they responded brilliantly with a 4-0 thumping of Asco Foot.

Fahd Nii-Adjei Monney helped himself to a hat-trick while Martin added his third of the day and a Max Halpenny wonder goal, where he went on a 35-yard solo run and beat three players before finishing, secured a 1-0 victory over Selection St Chamond and a place in the quarter-finals on Sunday.