U15 TEAM HELD BY GALWAY

U15 TEAM HELD BY GALWAY

The Dundalk U15 team was held to a 1-1 draw against Galway United in Group B of the EA Sports National Underage League at Oriel Park on Thursday evening.

Conor Woods’ side came into the game hoping to bounce back from the weekend’s defeat away to St Patrick’s Athletic and the first half was a tight affair, with both sides looking evenly matched throughout.

Both sides had chances to take the lead in the first period, with Dundalk having two great chances in particular. The first of the opportunities fell to Jake Hough, who met a cross to the back post with a thundering strike only to see it pushed away brilliantly by the Galway goalkeeper.

They had their second clear opening towards the end of the half, as a well-worked set-piece found its way to Ben Miller at the back post, but he directed his free header over the bar.

The sides went in level at the break but, after a rousing half time team talk, the Lilywhites came flying 0ut of the blocks for the second half and they soon took the lead.

Another quality set-piece routine – a key weapon in the U15s arsenal so far this season – found its way to Runako Sweetman and he finished the chance to give Dundalk the lead they thoroughly deserved. 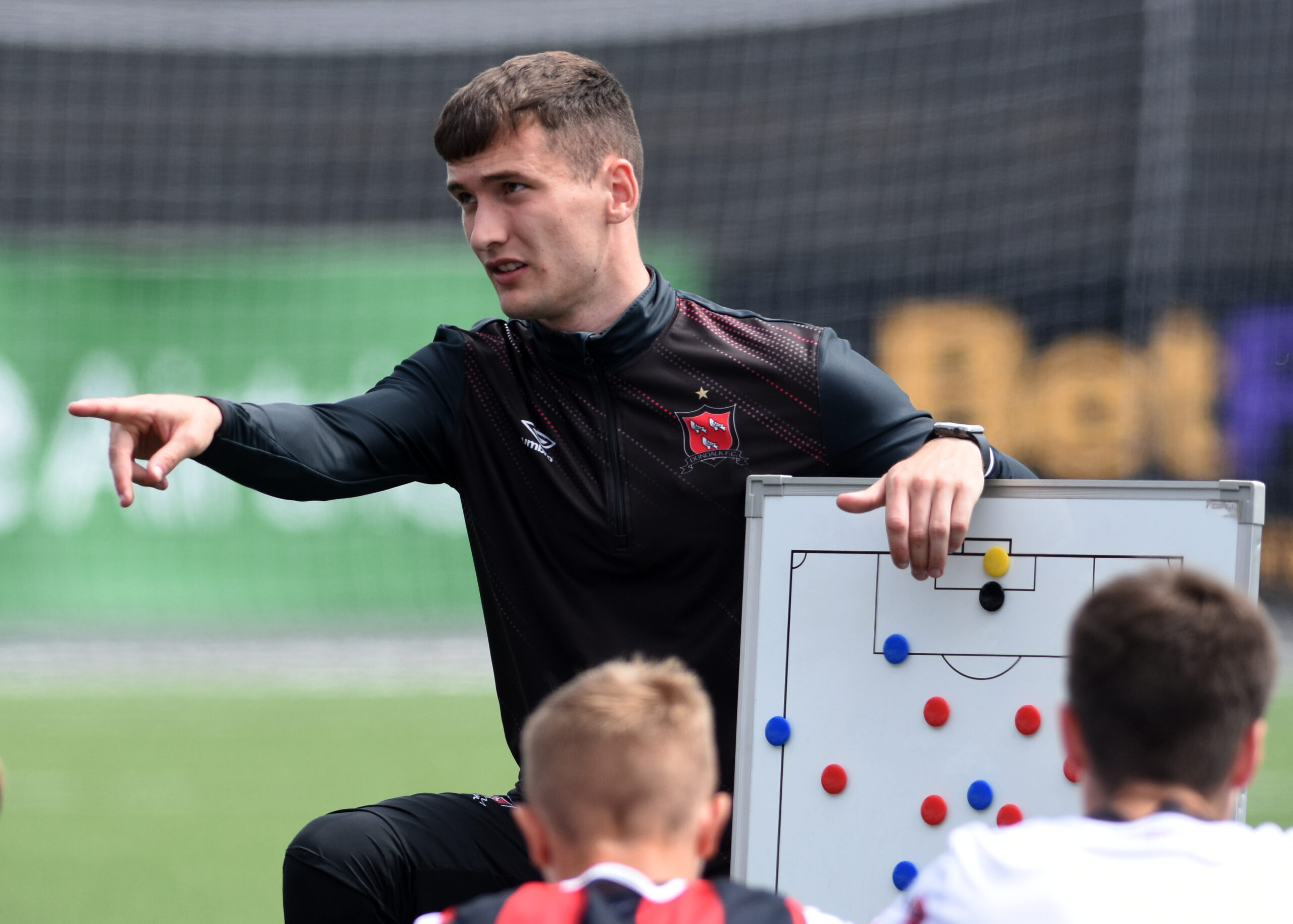 Unfortunately, the elation of taking the lead didn’t last long, as Galway pulled one back through a set-piece of their own through Declan Daly.

Dundalk continued to push on in search of a second goal but the winner eluded them as Galway held on to take a point.

Speaking after the game, head coach Woods was pleased with the hard-working performance of his side in the summer heat.

“I’m really pleased with how the players applied themselves,” he said. “We knew coming into the game we had to be at it from the off because Galway are a top side.

“Ultimately, the overall performance was good which is the main thing, but I’m glad the lads got a result from the game as I felt that it was well deserved.

“There is a great togetherness within the group now. Spirits are high as we look ahead to next week’s game when we welcome Longford Town to Oriel Park.