U18 GIRLS RETURN AFTER TIME AWAY

U18 GIRLS RETURN AFTER TIME AWAY

The Dundalk FC U18 girls team returned to training on Wednesday night after an extended period away from action due to COVID-19 restrictions.

Manager Eddie Conroy, alongside players Katie Moran and Sarah McHugh, spoke to dundalkfc.com prior to the session and all three said they were happy to return after a difficult period which meant they were unable to train for the last number of months.

The lockdown over the winter posed challenges for both manager and players alike, with Sarah saying: “It was hard going from training a couple of days a week to doing nothing straight away. You were just kind of bored then, you didn’t know what to be at. You couldn’t be out running all day, every day.”

“Yeah, it was difficult during the lockdown,” added Conroy. “As the girls said, going from training a couple of times a week with a game on the weekend to doing nothing was tough but we did a lot of Zoom classes at the weekends and we kept in contact online.

“We had an interview the other night with Amber Barrett from the Republic of Ireland Women’s National Team and it was good to get some words of inspiration from someone like that. 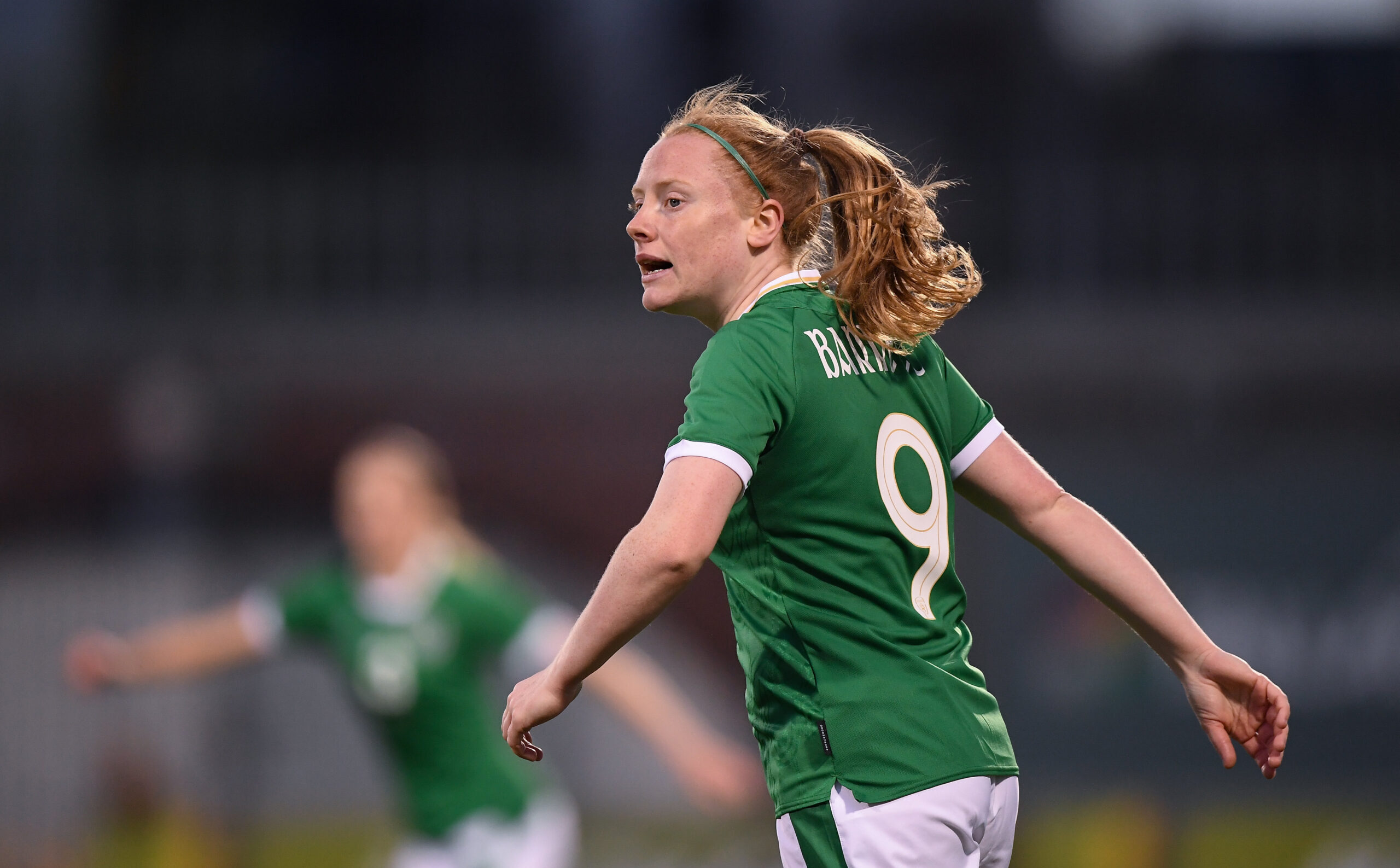 “It gives the girls a lift coming back to training so, hopefully going forward, things will stay as good as they are COVID-wise and we can stay at it and progress from training to playing competitively.”

After a long period without having the opportunity to train and play together as a group, both Katie and Eddie hope to use this year to get back into the swing of things – both in training and on matchdays.

“Hopefully, we’ll enter a few leagues this season,” said Katie. “I know Eddie and the management team have a few in mind to help us gel together as a team, get back into the swing of things, and win a few games.  Just getting back to games would be a start!”

Conroy agreed that this season should be used as a stepping stone for progressing into the FAI U19 Women’s National League in 2022.

“Our goal is just to get back,” he said. “As Kayleigh said, we have one or two options in terms of what league we will play in. Hopefully, they’ll start around July or August and we’ll get a couple of rounds of games played. As the year goes on, we’re hoping to build towards the U19 National League next year.

“That’s the aim,” he added. “Come January, we’ll be here training for the FAI Women’s National League. That’s the girls’ aim, to prove to themselves that they can make it at that level. I have no doubt that the majority of them are capable of playing at that level and hopefully we get the support we need from the club as well.”