Dundalk U19s were left to rue a host of missed opportunities on Sunday afternoon after being held to a 0-0 draw by Drogheda United in a very tight game at Oriel Park.

The Lilywhites created a number of major goalscoring opportunities throughout the game and, speaking to dundalkfc.com afterwards, head coach Stephen McDonnell felt that the only thing his side was missing was a finishing touch.

“I think when you look at the game in terms of our end product, we created a lot of chances, we put a lot of quality crosses in and we had a penalty saved early in the game,” he said. “Jamie Barry only had a couple of shots to deal with so we’re disappointed to create that many chances and not score.”

Dundalk’s first real opportunity of the game resulted in a penalty kick after the ball was handled in the Drogheda box following a Ryan O’Kane effort. Brandon Holt stepped up to take the spot-kick but his strike was well saved again by Darren Rowley in the Drogheda goal.

Huge chances fell to O’Kane, Ebuka Kwelele and Jack Watters across the duration of the game but Dundalk just couldn’t finish the chances they’d done so well to create.

“We did everything but put the ball in the net,” said McDonnell. “Ebuka had one cleared off the line, Ryan had two shots that were well saved, we had a cross flash across the box and then Jack Watters had a brilliant chance to win it when he went clean through towards the end but he just leaned back and put it over.

“On another day we might taken four or five of those chances but, for some reason, we just weren’t clinical enough.” 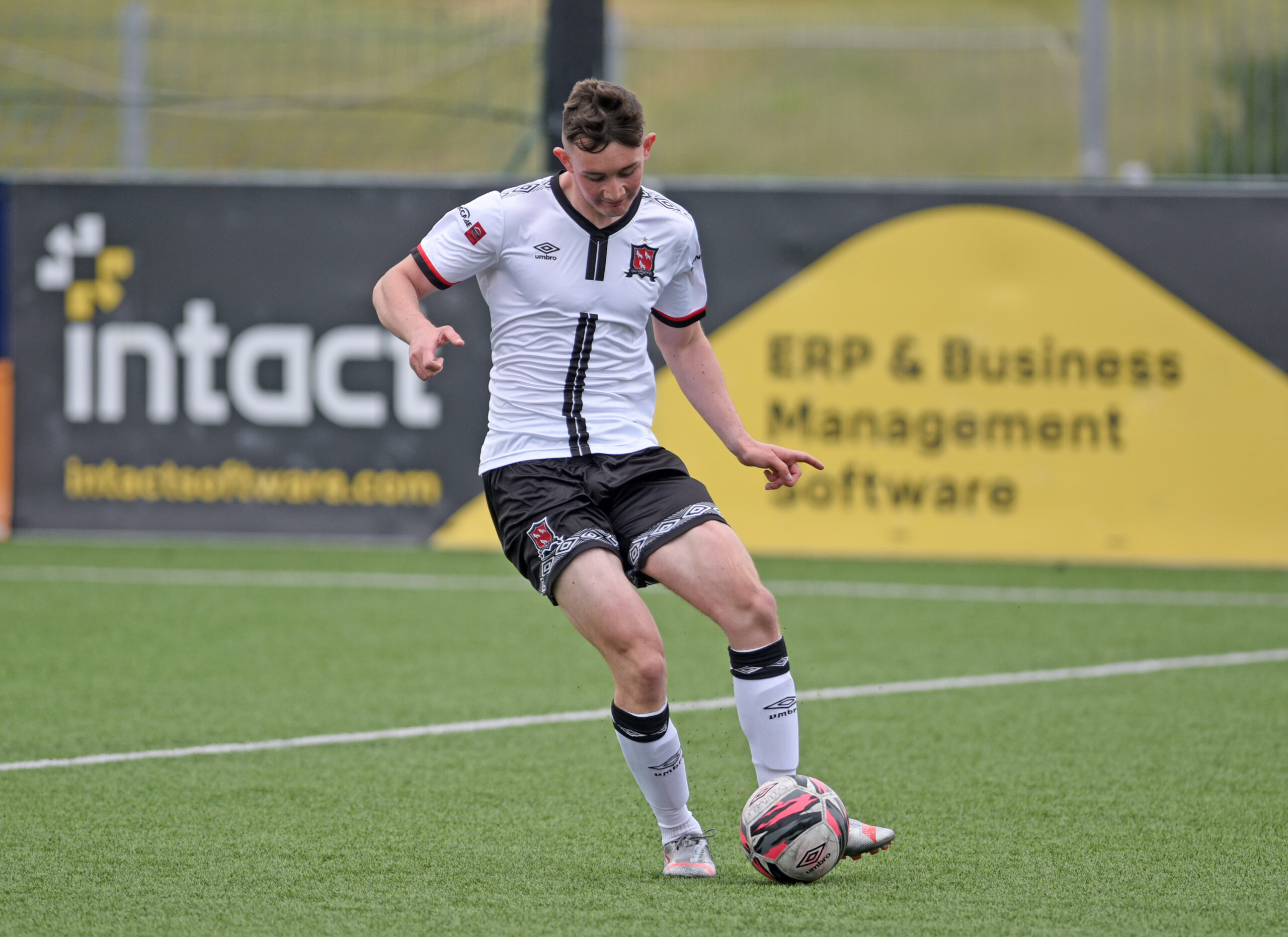 It wasn’t all smooth sailing for the hosts as Drogheda managed to grow into the game and create some good opportunities of their own but McDonnell gave credit to his defence, who were very good on the day.

“The defending was really good today and it’s a good sign that Jamie Barry wasn’t forced into action too often. When he was, he rose to the challenge.

“I thought Mayowa was excellent in cleaning things up at the back but it wasn’t just him, the defence as a whole were good for large parts of the game. We haven’t had a huge number of clean sheets this season so we’ll take them when we can get them.”

The Lilywhites have one game remaining in the group and travel to Bray next Sunday in what is a must-win game if they are to progress to the Shield quarter-finals. McDonnell feels that they can get the required result to put them in the prime position to go through.

“The top two in the group go through and we’re currently third in the group, with Drogheda two points ahead. They’ve got Finn Harps next week while we’re in Bray,” he explained. “We don’t want to be relying on other results – but we know ourselves if we don’t win then we’ll be out of the reckoning.

“Drogheda are going to be ready for that game so we have to make sure that we’re prepared for Bray and get the job done. If we do that, then hopefully Finn Harps will do us a favour.”