Dundalk head coach Vinny Perth has paid tribute to Chris Shields ahead of the midfielder’s final game for the club against Derry City on Friday night.

Shields’ nine-and—a-half-year stay at Oriel Park will come to an end when he moves to Linfield on July 1 and writing in his programme notes ahead of the clash with the Candsytripes, Perth said the 30-year-old had left an incredible legacy at the club.

“What Chris has achieved in the game makes him one of the most decorated players in League of Ireland history, and there is no doubt he will go down in Dundalk folklore,” he said.

“The biggest thing about Chris is the improvement from where he was at Dundalk to where he finished up at Dundalk. Only good people, good professionals and good footballers can do that.

“First and foremost, he will forever be a friend and someone who I will always be eternally grateful to for what he did for me as a coach and manager when he was on the pitch.

“While we’re extremely disappointed to lose Chris, we completely respect the personal decision he has made and we wish him the very best in the future.”

While Shields waves goodbye, another familiar face from the past decade will return to say hello on Friday night as former Lilywhites player, opposition analyst and assistant manager Ruaidhri Higgins brings his Derry City team to Oriel Park. 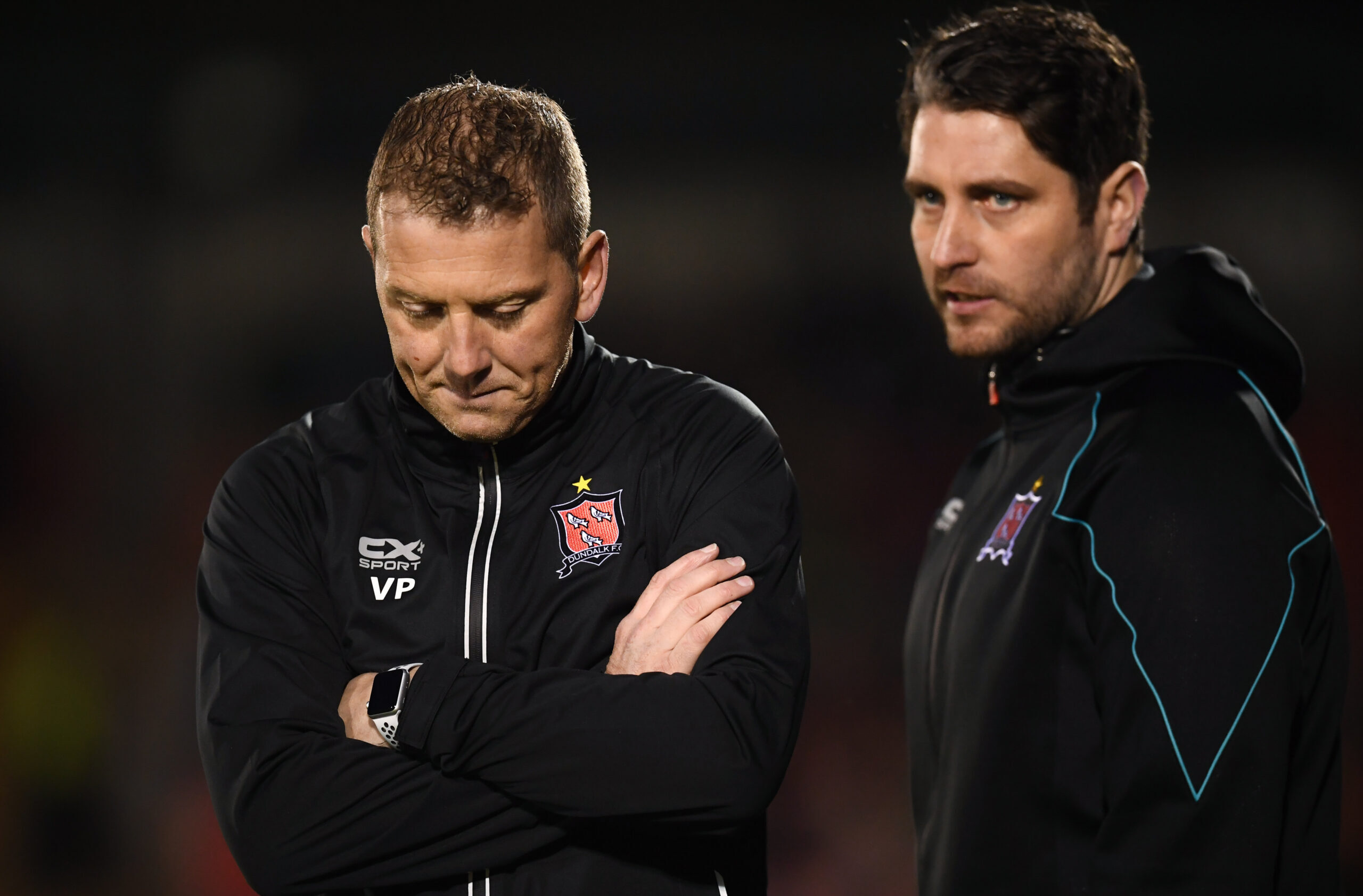 “Ruaidhri is a massive part of the history of Dundalk Football Club over the last eight years,” said Perth. “He came off the bench for Chris in that famous league game against Cork City at Oriel Park in 2014, and he returned to the club later on as part of the backroom staff in 2018 and as my assistant manager in 2019.

“He is a friend and an outstanding coach, and there is no doubt he has been missed at this football club. I look forward to locking horns with him. Derry have definitely improved under Ruaidhri. They have a lot of fit and hungry footballers, and they have a real balance of youth and experience in their team.”

After picking up four points in their last two games, Dundalk will be looking to end a busy week on a high. The Lilywhites are just six points behind fourth-placed – and high flying – Bohemians and Perth knows that if his side can show some consistency, they will be right back in the thick of things.

“When it comes to the league table, I’m certainly not going to set any targets or goals at the moment. I like doing that for players to chase but until I fully assess the squad, I don’t know where we can end up,” he said.

“It’s a competitive season this year and there will be games won and lost by every team. We have already seen that. Bohs had a bad start and are now on a great run and Sligo, St Pat’s and Shamrock Rovers have all been top of the league.

“I always felt it was going to be a very competitive league and there wasn’t a real gap between top and bottom and it has played out that way.”