Dundalk U17 manager Darren McGarry was delighted with the resilience shown by his side to earn a 1-1 draw against a tough Derry City side at Oriel Park on Saturday afternoon.

The Lilywhites endured a nightmare start to the game as they conceded just two minutes in when Keenan McLaren’s cross looped over Kayle Wajszczuk and into the net.

The hosts had a number of chances throughout the first half with Ryan Boyle’s strike smashing off the post but Tadhg Walsh managed to pounce on a goalkeeping fumble from a corner to equalise with six minutes to go to secure a well-deserved point for Dundalk. 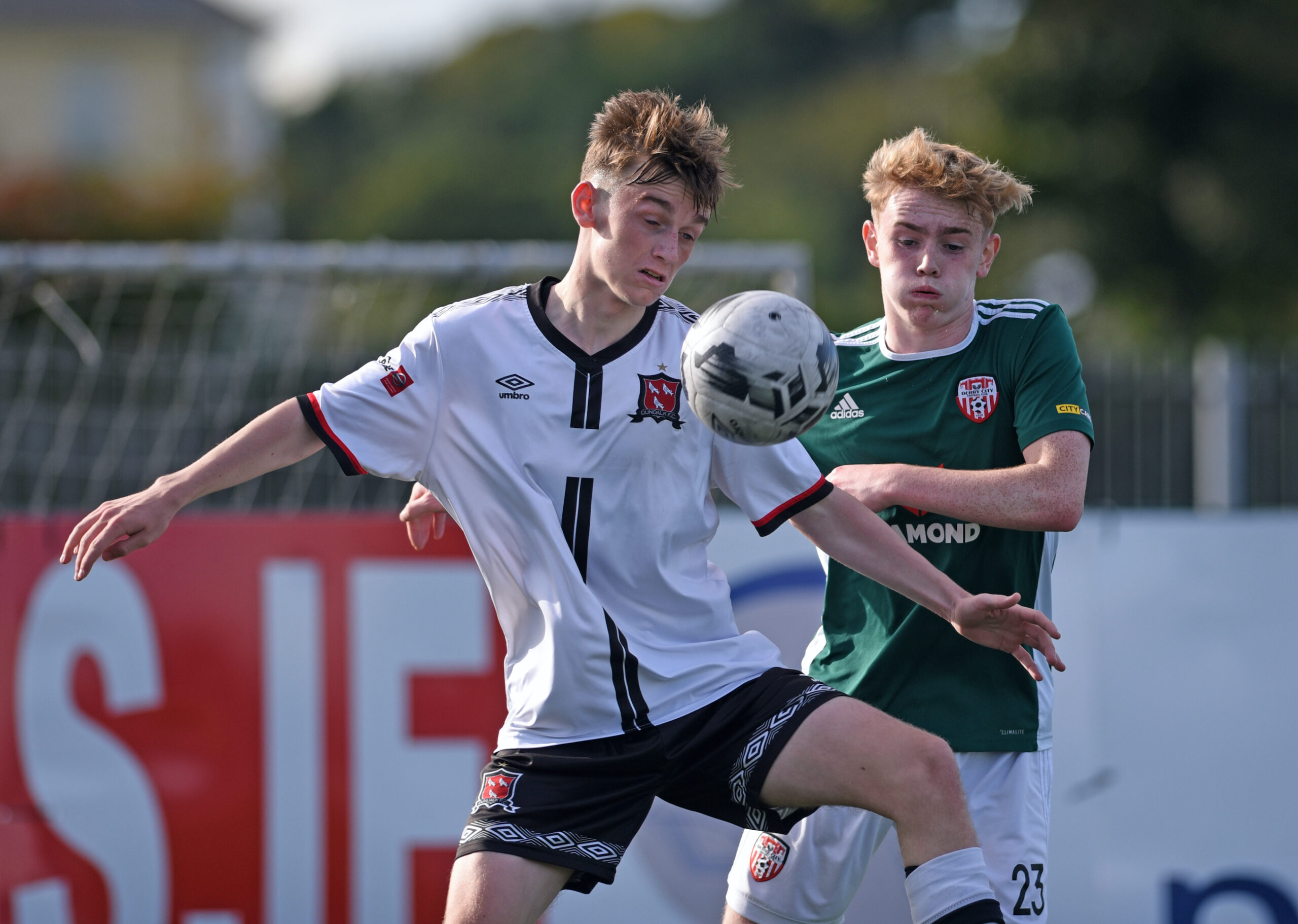 Speaking after the game, McGarry believed that the first-half performance was some of the best football his side has played this season.

“I think it was a great performance,” he told dundalkfc.com. “The first half was very good, I think we were a bit unlucky to be a goal down.

“We created a lot of chances and forced the goalkeeper into some good saves. The players came in a bit disappointed at half time but I told them that we had some good chances, and if one of those goes in then it’s a completely different mood.

“I thought the first half was probably one of the best performances we’ve had this season. We showed a bit of character at the end to score the equaliser but I think we were better in the first half than we were in the second so I think we need to realise that when things aren’t going well we just need to stick to what we’ve worked on and eventually we’ll find the net.” 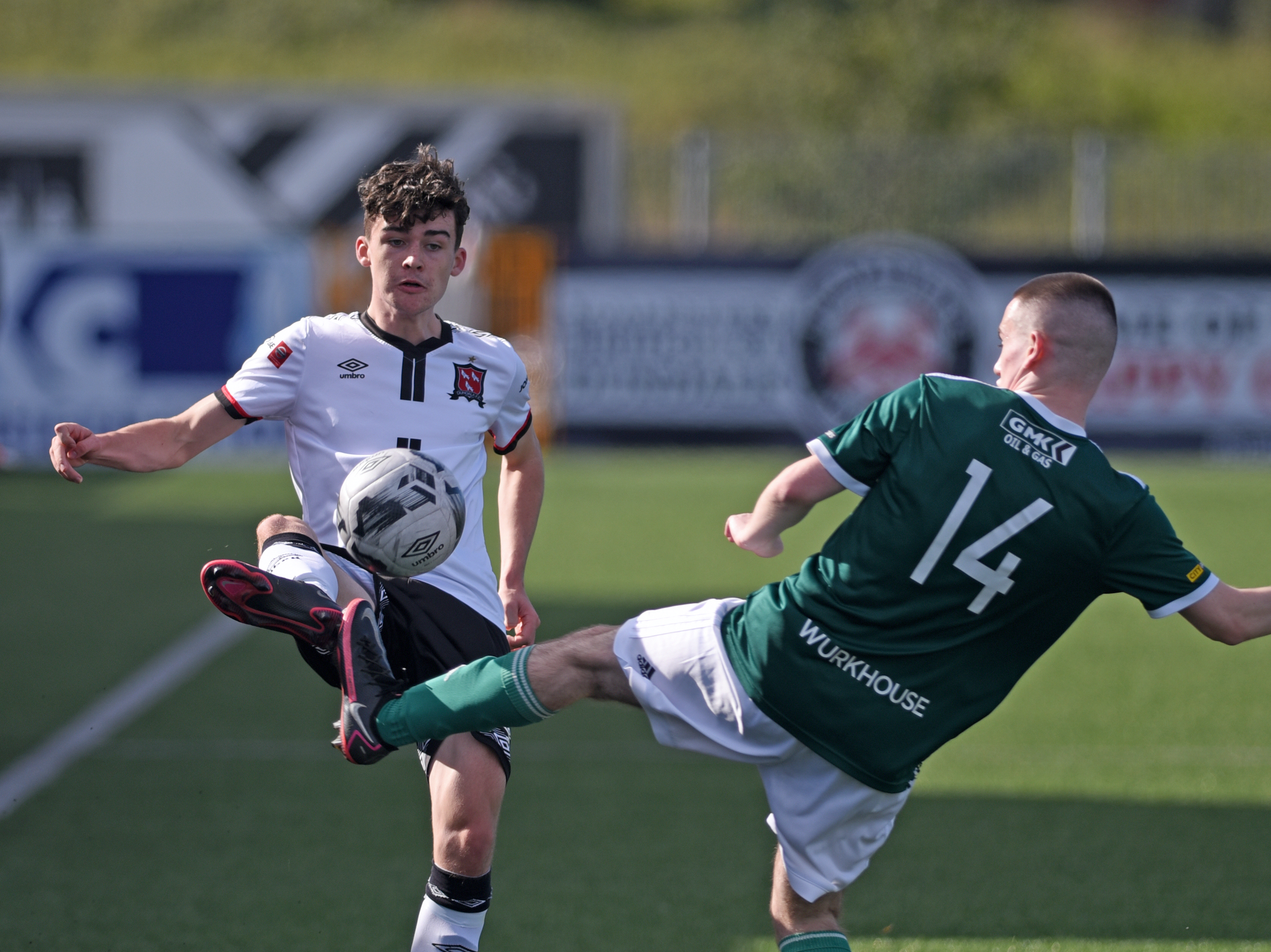 The Lilywhites showed great resilience to get back into the game and threatened throughout the first half with Boyle, Senan Mullen and Oisin Coleman all having opportunities to score and McGarry agreed that the response to conceding the early goal was very impressive.

“It’s a good learning experience for the players because things aren’t always going to go your way. We conceded after two minutes and it didn’t change how we approached the game but it added a bit of pressure to their performance that they now had to go out and get a goal.

“I think we did really well and didn’t allow the goal to affect our performance. Sometimes heads can drop and suddenly you’re on the back foot and conceding two or three but we stuck to our guns and played really well despite going behind early.”

The U17s have two games left in the league phase with Tuesday’s fixture with St Patrick’s Athletic in Dublin followed by Sunday’s clash with Klub Kildare. 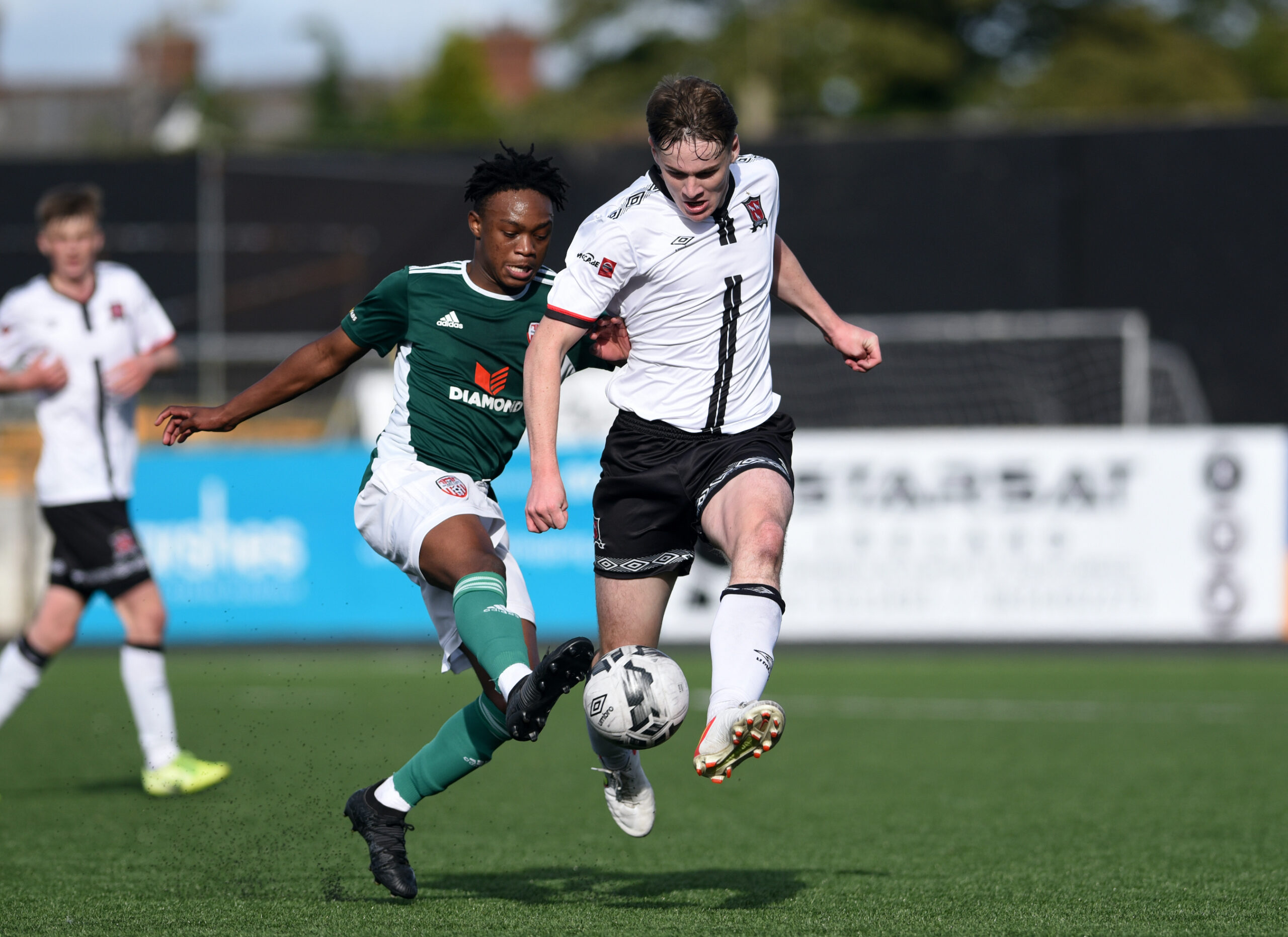 “There’s a big squad here and as long as they perform like they have today then they’ll be okay. Our focus isn’t on getting results, it’s about players progressing into the U19s and we’ve been lucky enough that Jack Watters was in the U19s squad last week and scored.

“It’s important now in the last couple of games that the players realise that they’ve got to push on if they want to be in the U19 squad next year so that’s the biggest result at the end of all this for us.”