To mark the beginning of a new era at Oriel Park, we have overhauled and completely updated our award-winning website ahead of the 2021 SSE Airtricity League season!

In tandem with Jason McGee of Jascom Ltd, we have been working on the layout and functionality of the site for the past couple of months and we are really looking forward to using the endless list of features that are available to promote and showcase what is happening at Oriel Park.

The first version of DundalkFC.com, which was published back in 2001

As a club, we strive to be the best, on and off the field. This year marks the 20th anniversary of the website’s launch back in the summer of 2001 and since then, DundalkFC.com has been named as the Soccer Writers Association of Ireland’s Website of the Year on seven occasions, a record that we are rightly very proud of and determined to maintain.

DundalkFC.com was the brainchild of David Farrelly and Colm Murphy who – along with Ruth Hardy, Gareth Preston, and Damien Green – set high standards for almost two decades. I would like to thank all four of them and also acknowledge the invaluable contribution of Sportsfile and Ciaran Culligan for the use of their photographs on the site. 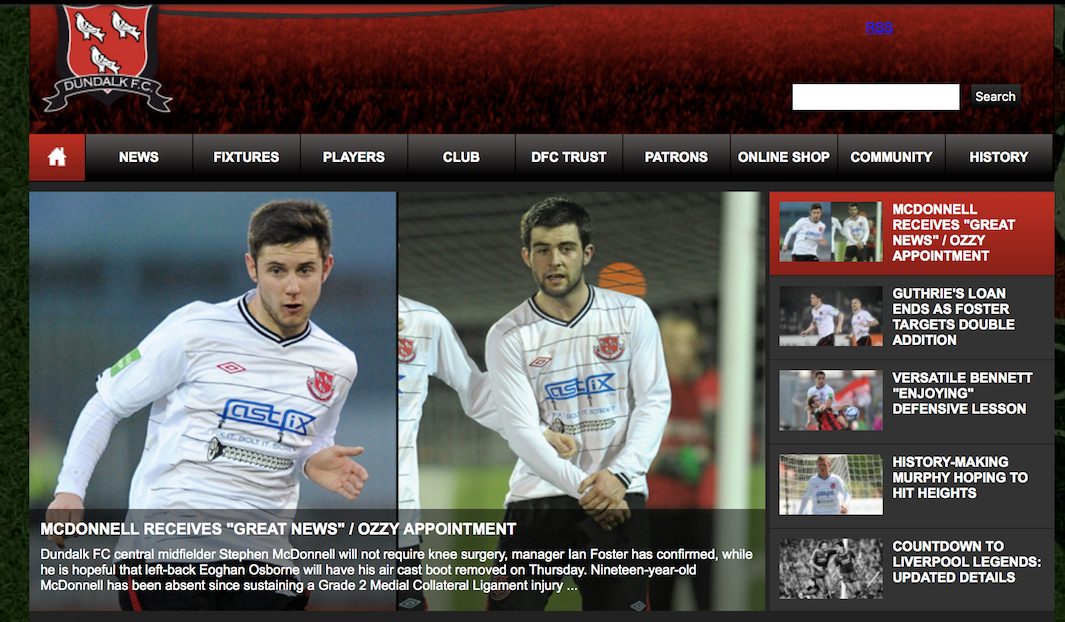 We hope that you enjoy the new site and make a point of visiting us on a daily basis. There are areas and features that will be added to and improved as the season goes on and undoubtedly, there will be some early problems and glitches that we will iron out as soon as possible.

In the meantime, have a look around and if you have any comments or feedback, please get in touch with me at gavin.mclaughlin@dundalkfc.com