Dundalk booked their place in the quarter-finals of the Extra.ie FAI Cup with an extra-time win over Wexford at Ferrycarrig Park.

David McMillan had given us the lead, and in doing so became the club’s top scorer in the competition, but goals from Luka Lovic and Ger Shortt looked like it would send Wexford through. Ryan O’Kane’s strike sent the match to extra-time and Robbie Benson calmly dispatched a penalty to see his side into the last eight.

It was a scrappy opening with neither side seizing the initiative. Both sides did trade shots when McMillan had a shot saved by Alex Moody and Nathan Shepperd kept out a Ger Shortt effort well from 20  yards. Wexford had much of the possession and had a few efforts from range, including another from Shortt, but he couldn’t find the target.

The Lilywhites took the lead, somewhat against the run of play, when Runar Hauge’s cross came to Steven Bradley. He fired goalwards but his shot was parried by Moody into the path of the waiting McMillan who finished neatly to the net beneath the goalkeeper. 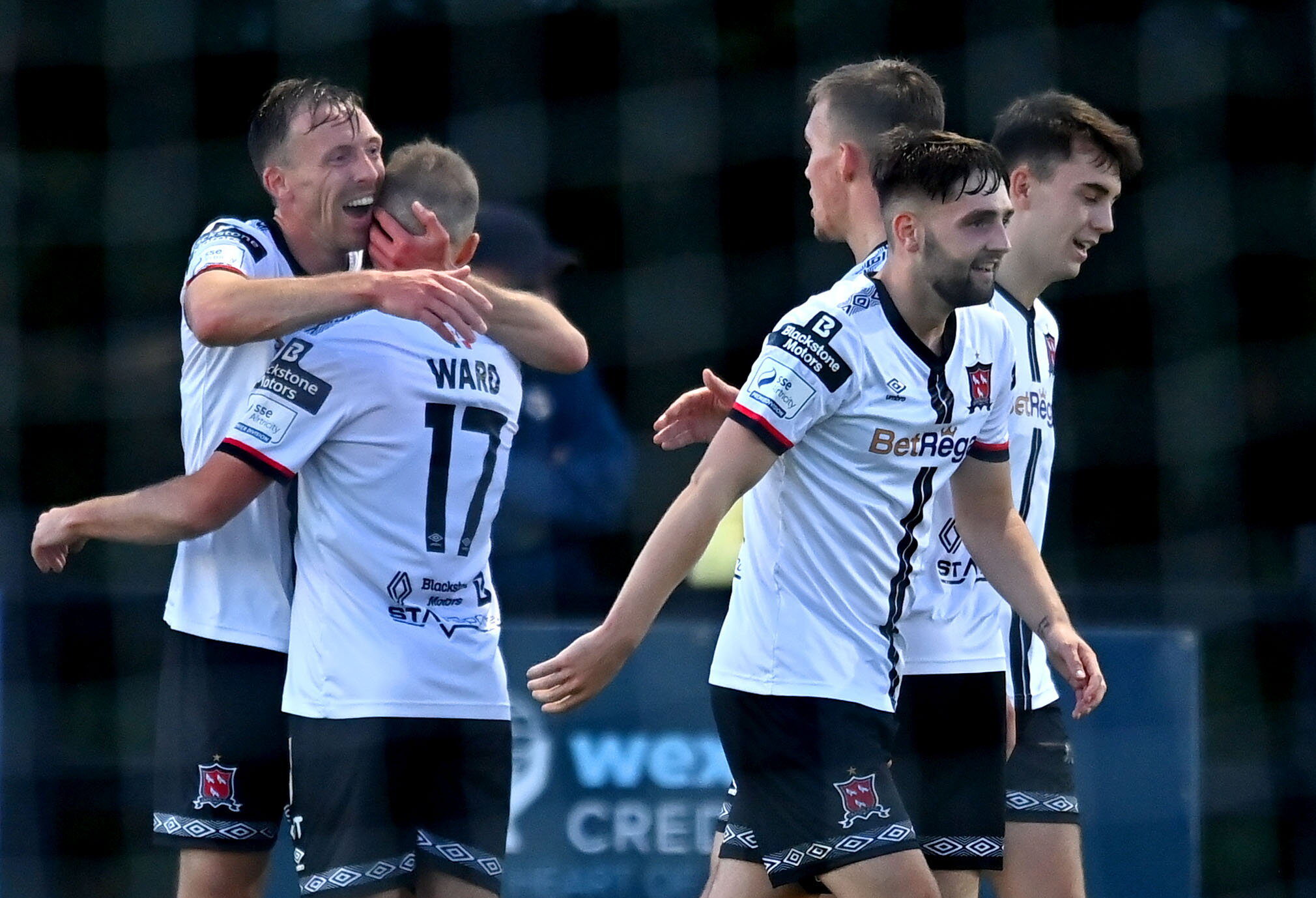 David McMillan celebrates with Keith Ward after his goal. Photo by Ben McShane/Sportsfile

It should have been 1-1 at the break however when Harry Groome got in behind but Shepperd produced a stunning save one-on-one to deny him.

Wexford began the second half on the front foot and Shepperd again had to be at his best to deny Adam Wells who fired from point-blank range but the former Wales U21 international got his hand to it.

There was nothing he could do about Wexford’s equaliser though when Luka Lovic raced through on goal and slotted the ball underneath the goalkeeper to the net.

It was almost 2-1 to the home side when Wells forced a good save from Shepperd and the goalkeeper had to then tip a brilliant Shortt header around the post just before the hour mark.

The hosts turned the tie around with just under 25 minutes remaining when Lovic played an excellent through ball to Shortt and he showed composure to finish past Shepperd. 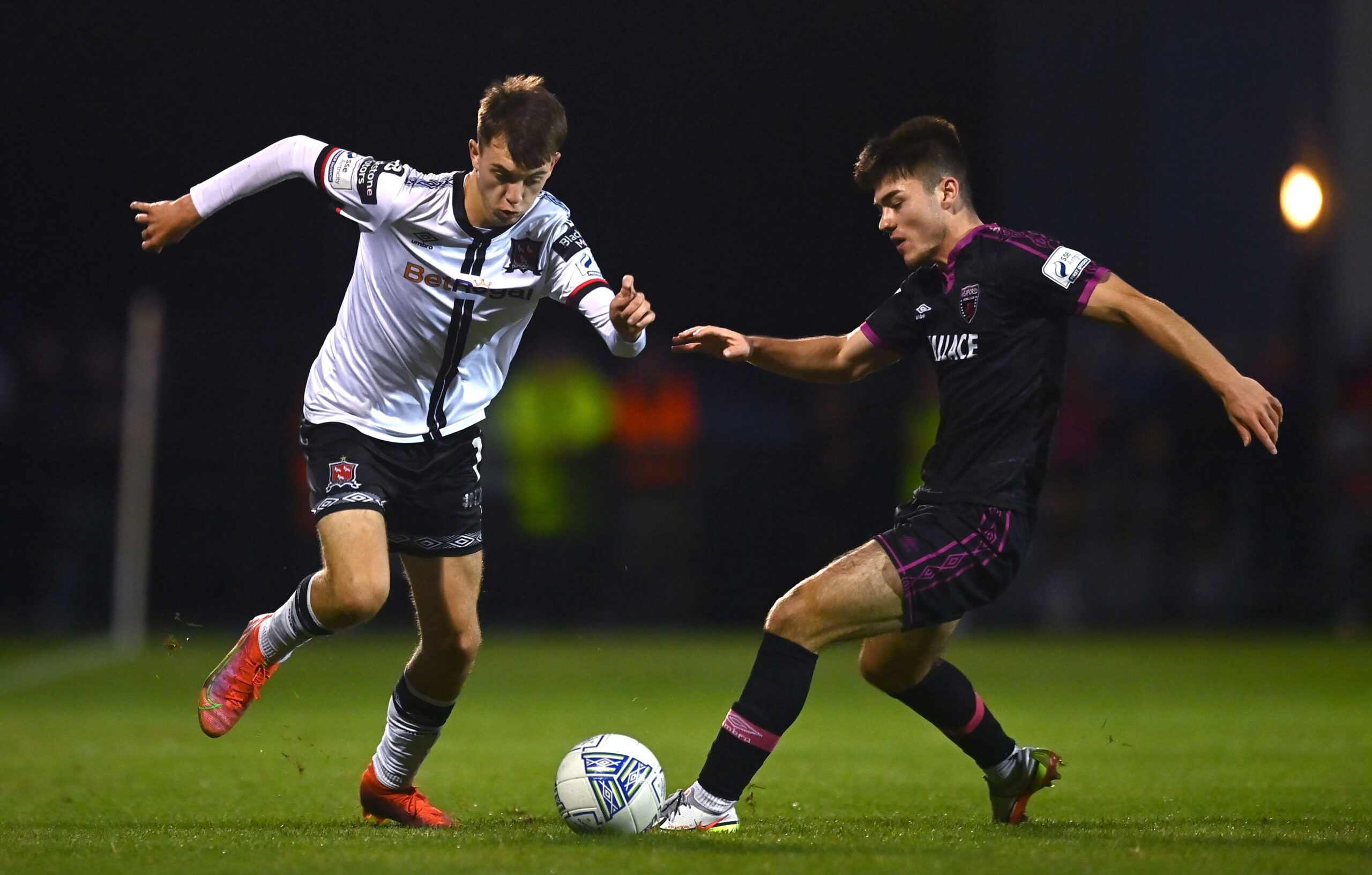 The Lilywhites did manage to pull level though with just over 15 minutes left on the watch when substitute Ryan O’Kane used his pace to get through and fired brilliantly to the bottom right corner.

Groome should have put Wexford in front again with just over five minutes left when he ghosted in at the back post but with an open goal he put it over the bar.

The Lilywhites then had their chance to win it before the 90 minutes were up when Robbie McCourt found himself free right in front of goal from Robbie Benson’s free-kick but he headed it straight at Moody.

Extra-time came with both sides cagey in the first period. The only chance of note fell to Groome but his scuffed volley was easy for Shepperd.

Sloggett played a neat layoff to Benson but his shot from 20 yards was dragged well wide just before the interval in extra-time.

On the stroke of half-time in extra-time, Benson caught one on the volley but it went over the bar.

The Lilywhites upped the tempo early in the second period and were awarded a penalty when Martin went down in the box. Benson stepped up and sent Moody the wrong way to put Dundalk in front with 110 minutes played.

That proved to be it and Dundalk just about did enough to book their quarter-final berth for the 12th successive year.