WILFRIED DETERMINED TO SHOW HIS WORTH

WILFRIED DETERMINED TO SHOW HIS WORTH

After a stop-start beginning to his Dundalk career, Wilfried Zahibo is intent on showing the club’s supporters exactly what he can do in the weeks and months ahead.

The midfielder has made just six league starts for the club since arriving in Ireland back in mid-April, his last coming in the 5-1 loss to Bohemians at Dalymount Park on May 25th.

The former MLS All-Star came off the bench three days later in the 2-0 win over St Patrick’s Athletic in the final game before the mid-season break but international duty with the Central African Republic – and a subsequent period in quarantine in Spain – meant that he only returned to Oriel Park last week and speaking to dundalkfc.com, Zahibo acknowledged that Dundalk fans had yet to see the best of him.

“It has been frustrating,” said the 27-year-old. “I came to Dundalk late because I had to go with my national team. When I arrived here, I played a couple of games but I couldn’t find my rhythm or get used to playing together with the players but we have a lot of time and games left so I think I have time to settle.

“I’m here, I’m very happy and I just want to play football now,” he added. “I don’t think anyone at this club was happy two months ago, starting with the fans, the staff and the players. The situation wasn’t great. We weren’t playing well but in football, things change very quickly and now, we have an opportunity to show ourselves.” 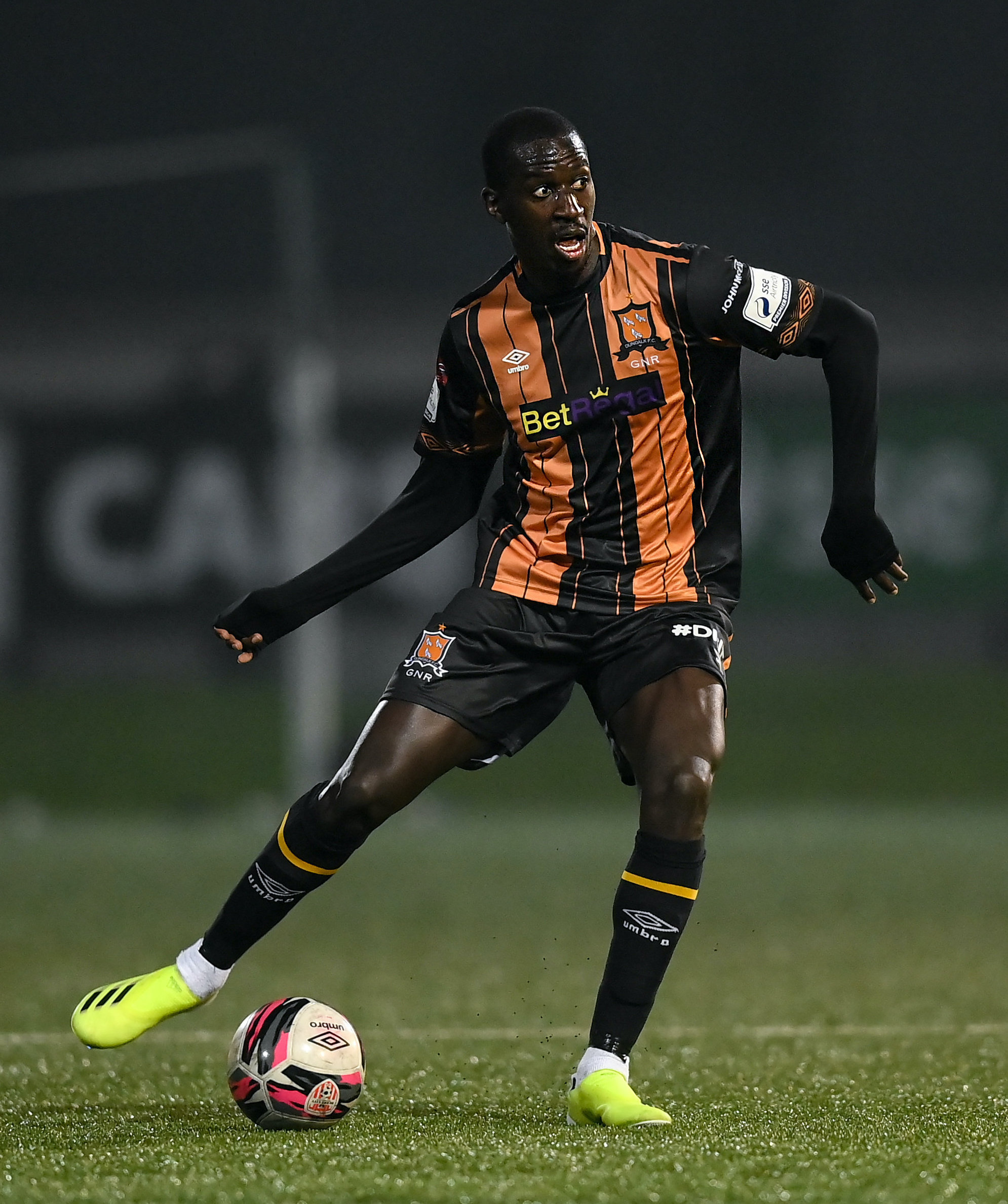 Wilfred Zahibo in action against Derry City at the Ryan McBride Brandywell Stadium in Derry in April. Photo by Stephen McCarthy/Sportsfile

A lot has changed since Zahibo flew out to Rwanda for his country’s international friendly double-header at the start of June. Vinny Perth’s return to the Dundalk dugout has resulted in an upturn in form and the former Houston Dynamo star has noticed a change in the mood around Oriel Park.

“If you don’t get results sometimes you need change,” he said. “That’s football. Managers come and go. Vinny is here now and he is doing well. I had a chance to watch the games last week and we have a good base now.

“A lot of players have a lot of confidence. Before I left, the results were frustrating so a lot of people were down but I’ve come back and I see people smiling. It is good to come back to an atmosphere like that.

“The team is working well, results are better and we are only 11 points off first place. If we go to Shamrock Rovers this weekend and get the three points, then it is a different situation. It will be a big game. Both teams like to play and it is a good rivalry in this country. We just need to focus on getting a result.”