WOODS PROUD OF U15 PERFORMANCE

WOODS PROUD OF U15 PERFORMANCE

Head coach Conor Woods was full of praise for his team’s performance in one of the craziest matches Oriel Park has seen all year, as Drogheda snuck out 6-5 winners on Sunday evening.

After going 4-0 up just 14 minutes into the first half, the hosts looked to be cruising to victory, but Drogheda produced a phenomenal fightback to make it 5-5 early in the second half before Ultan McLaughlin scored a brilliant strike from the edge of the box in the 80th minute to take all three points.

Despite the sickening blow of the late goal, Woods was very proud of his side’s performance, particularly in attacking areas.

“It was a crazy game, but overall the performance was very good for me,” he said.

“We were unlucky to concede at the end but it’s great individual quality shown by Ultan to produce a goal like that. For me, it’s nothing to be ashamed of.”

The game produced a number of superb goals, with Ryan Kelly’s opener coming from a curling strike on the edge of the box, before Sam Case scored a magnificent first time volley just two minutes later.

Case capitalised on a loose ball to poke home after a Ben Miller header, then two minutes later Luke Povall was on hand to head home from a free kick. Jack O’Flaherty then added a fifth on 24 minutes, when he finished after Jake Hough’s excellent run down the left. 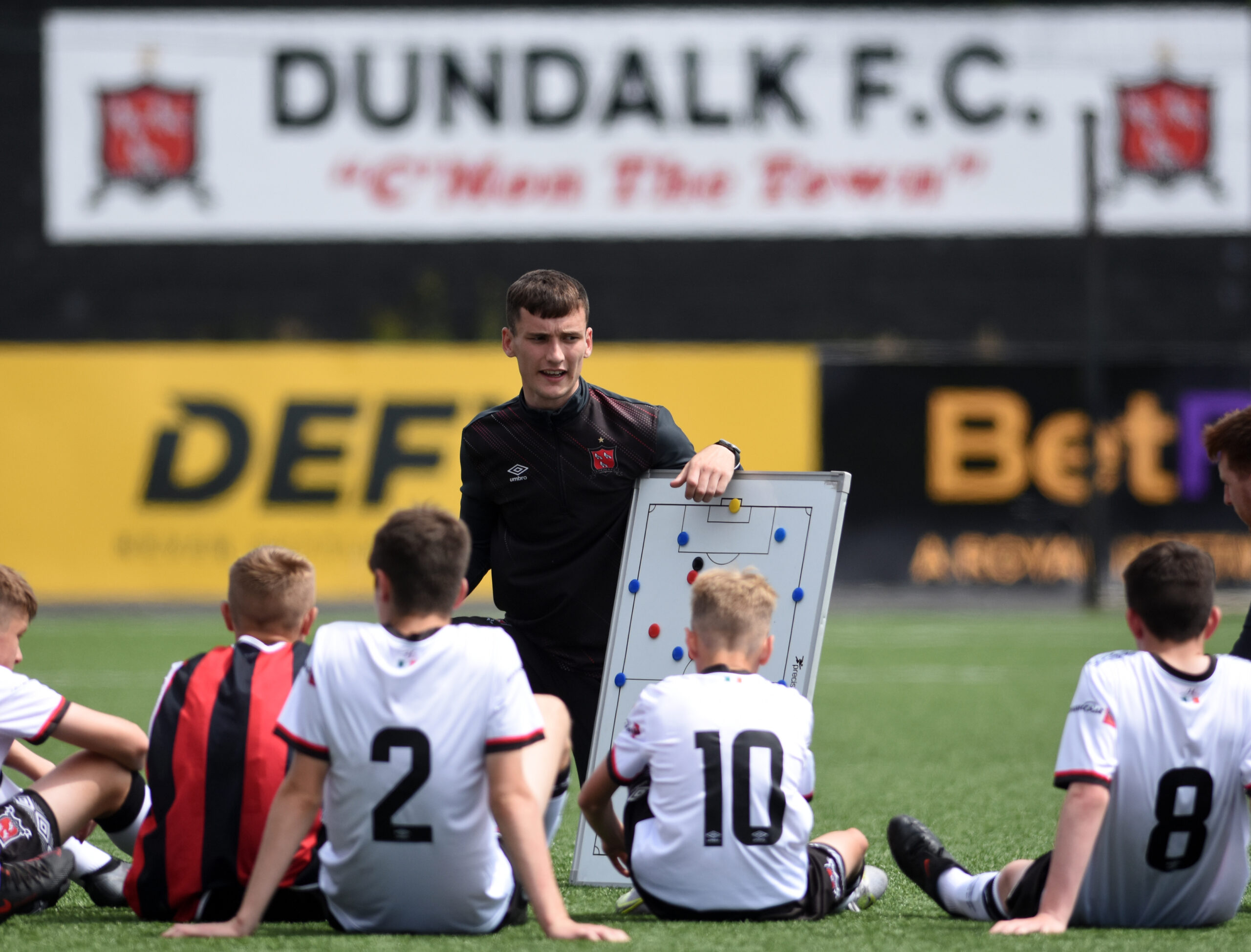 Woods credited the excellent attacking performance to the hard work that’s been put in on the training ground over the past few weeks.

“We worked really hard in the past few weeks on our final third play and scoring goals. One of our strengths this season has been attacking set pieces and it’s an area of the game we’ve been looking to improve on.

“Fair play to the lads today, when they had their chances – especially in the first half – they were clinical. Any half chance they had was a goal and we were thinking that this could be any score but all of this is part of their development.”

The players were understandably disappointed with the overall result, having conceded late on to give up the win, but Woods was focused on the positives, such as the strides made in the development of each of his players over the course of the season.

“For the group as a whole, there are a lot of players who are now in a great position to progress into the U17s, and that’s only two months away. We’ve already had a few players around the U17s and that’s what this is all about, helping the players progress into the next group until they hopefully eventually make the first team.

“We’ll continue to train and we’ll get some friendlies under our belts now to hopefully give these players the best possible opportunities to progress here.”