Dundalk FC U17 women’s head coach Roberto Bonello is happy with how his side’s preparations have gone for Saturday’s EA Sports National Underage League opener away to Bohemians.

Bonello’s team will become the first in the club’s history to compete in the EA Sports Women’s National League when they meet Bohs in Dublin at 2pm on Saturday, and the Italian coach says he is honoured to be leading them into action.

“It’s an honour to be the head coach of the side, especially at such a great club,” he told dundalkfc.com.

“It’ll be a great experience for me as it’ll also be my first time at this level. I’ve been coaching for a few years now in the Metropolitan Girls League so I’m honoured and I’m lucky to have two great coaches like Pat Campbell and Phil Cox with me, who I’ve known for a long time.

“I’ve been working with Phil in the Metropolitan Girls League for three years now and I’ve known Pat for about 10 years, we worked together for a long time at Glebe North FC in Balbriggan.

“I think we’re a great team of coaches and we’ve got some great girls in the squad so we’re looking forward to the season getting underway.” 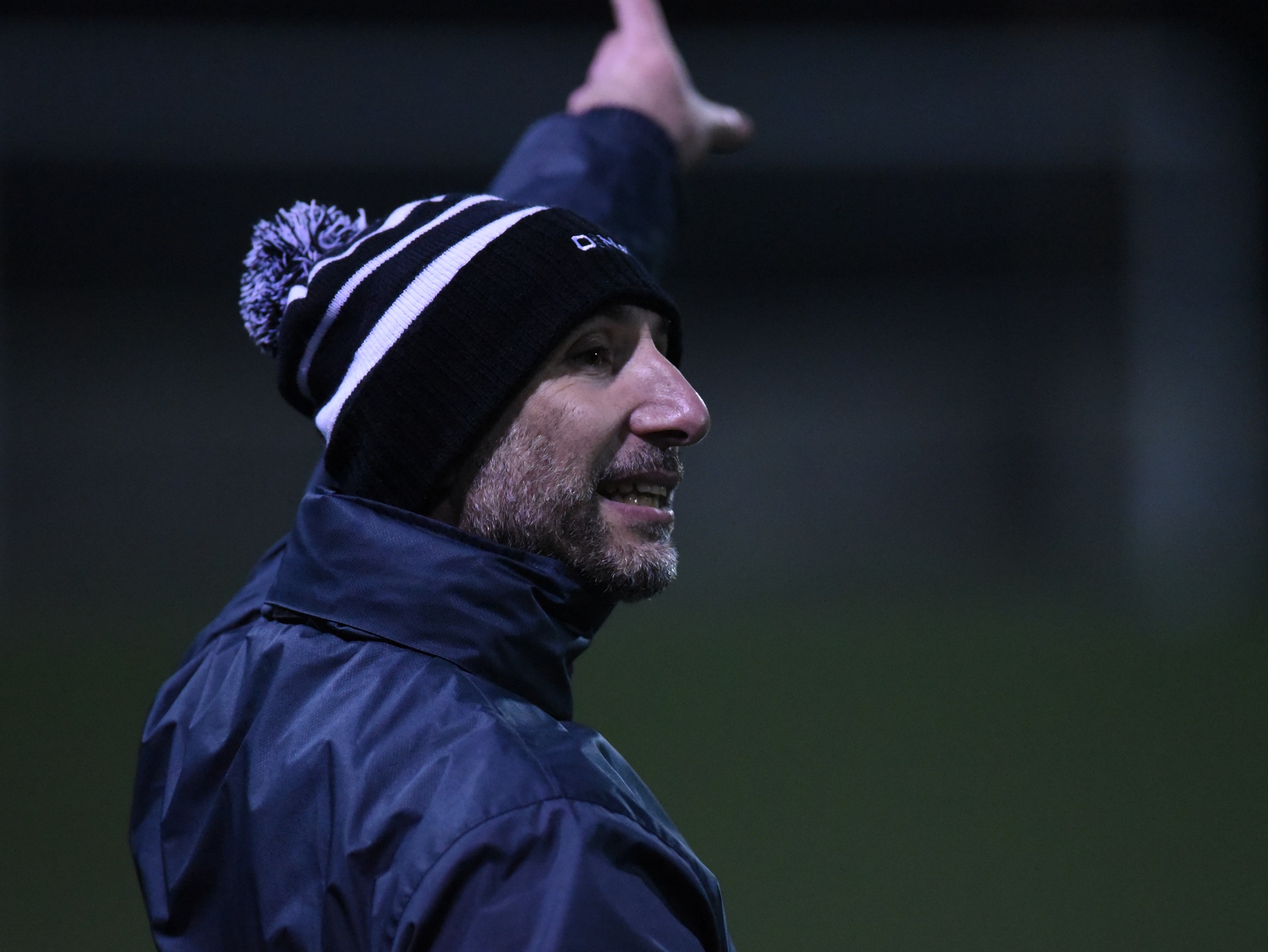 Head of Women’s Football Bernard Freeman has spoken at length about his five-year plan for the female side of the Dundalk FC Academy, and Bonello said this was a major part in his decision to join the club over the winter.

“I spoke to Bernard about his plans for the academy a lot last year and I was very impressed by his ideas, which made me want to get involved. We talked a lot and I was really looking forward to getting started and starting to put the plan into action with the U17s.  Hopefully, we’ll be able to eventually move up into U19 level and then a senior women’s team.”

With a number of new players in the squad, Dundalk will undoubtedly take time to gel as a team, but Bonello believes that his players have got to know each other well in the short time they’ve been together.

“We have 19 players in our squad for this season. Seven or eight of them have come through the academy here at Dundalk from the U10s all the way up to U16s with Bernard.

“Having come up against them every year in the MGL when I was managing Glebe North, I knew all of them already, so I’m delighted to still have them here because it shows that there is a pathway here for players to develop.

“We’ve had five friendlies in pre-season, and there have been a lot of positives from those games,” he added. “We still have some work to do, of course, it takes time for everything to come together, but I’m happy with the progress so far.” 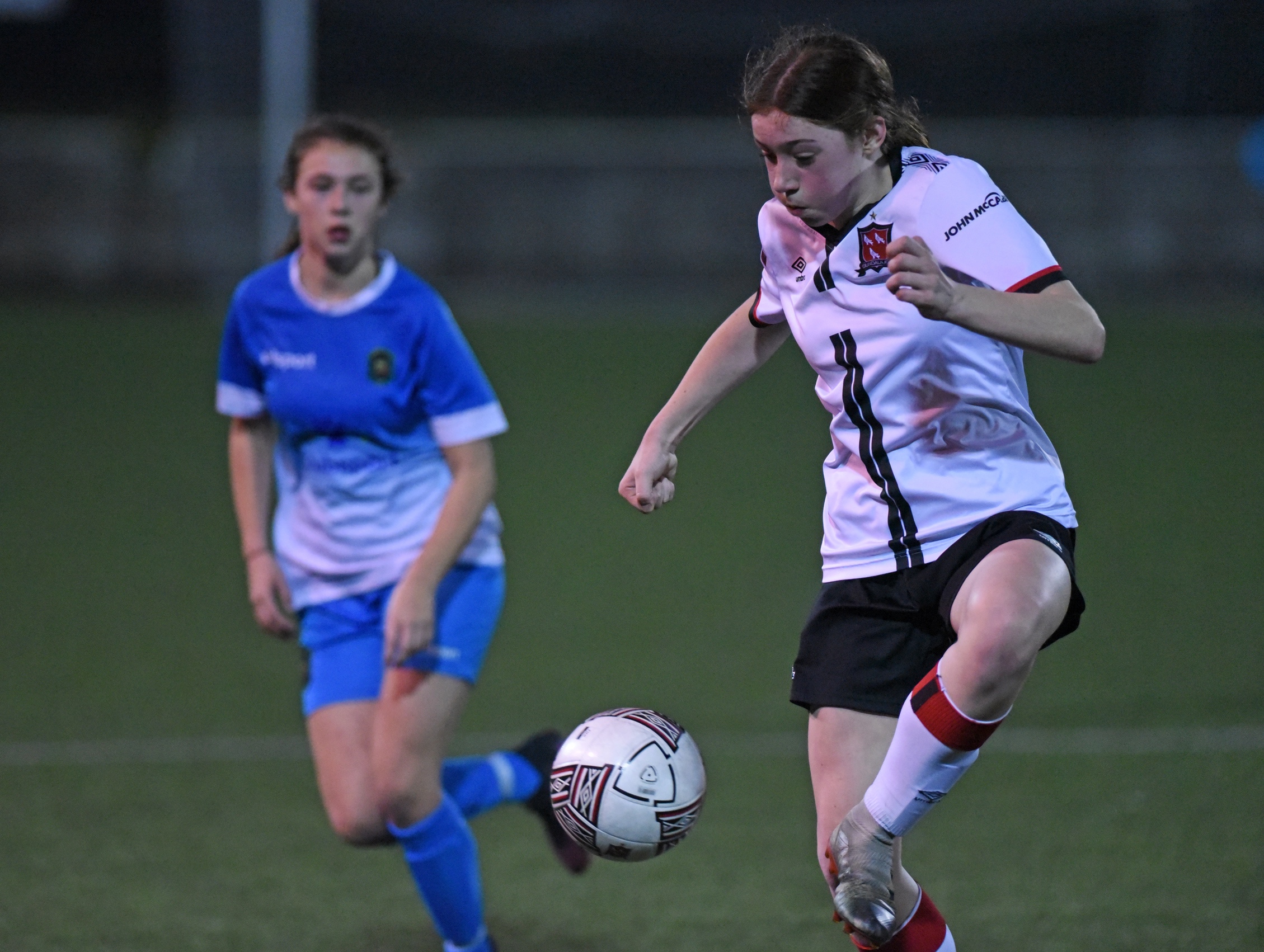 The Oscar Traynor in Dublin is the venue for Saturday’s opener against Bohemians and Bonello believes this game will be a good chance for his players to see how they stack up against one of the league’s strongest sides.

“We’re very positive about the game at the weekend,” he said. I coached the Bohemians U16 team last year and some of the girls from that team are now here with Dundalk. The most important thing for us is to have a good match, play good football and hopefully, we’ll come out of it with a positive result.

As for Bonello’s goals for the season, his main aim is to ensure his players develop as much as possible as they look to reach the next level of their game.

“The first thing we want to do is focus on the strengths and weaknesses of every player in the squad and work on them to help them improve as much as possible. We will then, of course, try and win games, but we have to take it step-by-step. This is a new team but so far I’m very happy with the development of the team.

“The main thing for this team this season is that they develop and are competitive on the pitch. That doesn’t mean they have to win, it means that they try and give their all to win. They have to fight for every ball in every game and then eventually the wins will come.

“We aren’t here because we want to win every game – if we do then brilliant – but we’re here to let these girls develop and help them reach the next level.”