Dundalk FC is delighted to announce that Robbie Benson has returned to Oriel Park for a second spell with the club.

The midfielder played 141 games for the Lilywhites between 2016 and 2019, winning three SSE Airtricity League titles and a clean sweep of domestic cup competitions.

He also scored three European goals for the club, the most famous coming against BATE Borisov at Tallaght Stadium in August 2016 when his strike secured Dundalk a place in the group stages of the UEFA Europa League.

“It’s great to be back,” he told dundalkfc.com, after finalising his move from St Patrick’s Athletic. “When I walked into Oriel Park to sign the contract, all of the old memories from my first spell here came back and I’m looking forward to replicating that again.

“When I left here the first time around I felt I had done all I could with the group that was there. I just wanted something new. Coming back, it’s a fresh start. The club has new owners, who look ambitious, new management and new players to a big degree. I can’t wait to get going again.

“I think I’ve learned a lot about the game in the last two years and I’m coming back a better player and as hungry as I ever was to succeed.”

The 29-year-old is also looking forward to linking up with some familiar faces on the club’s management team. 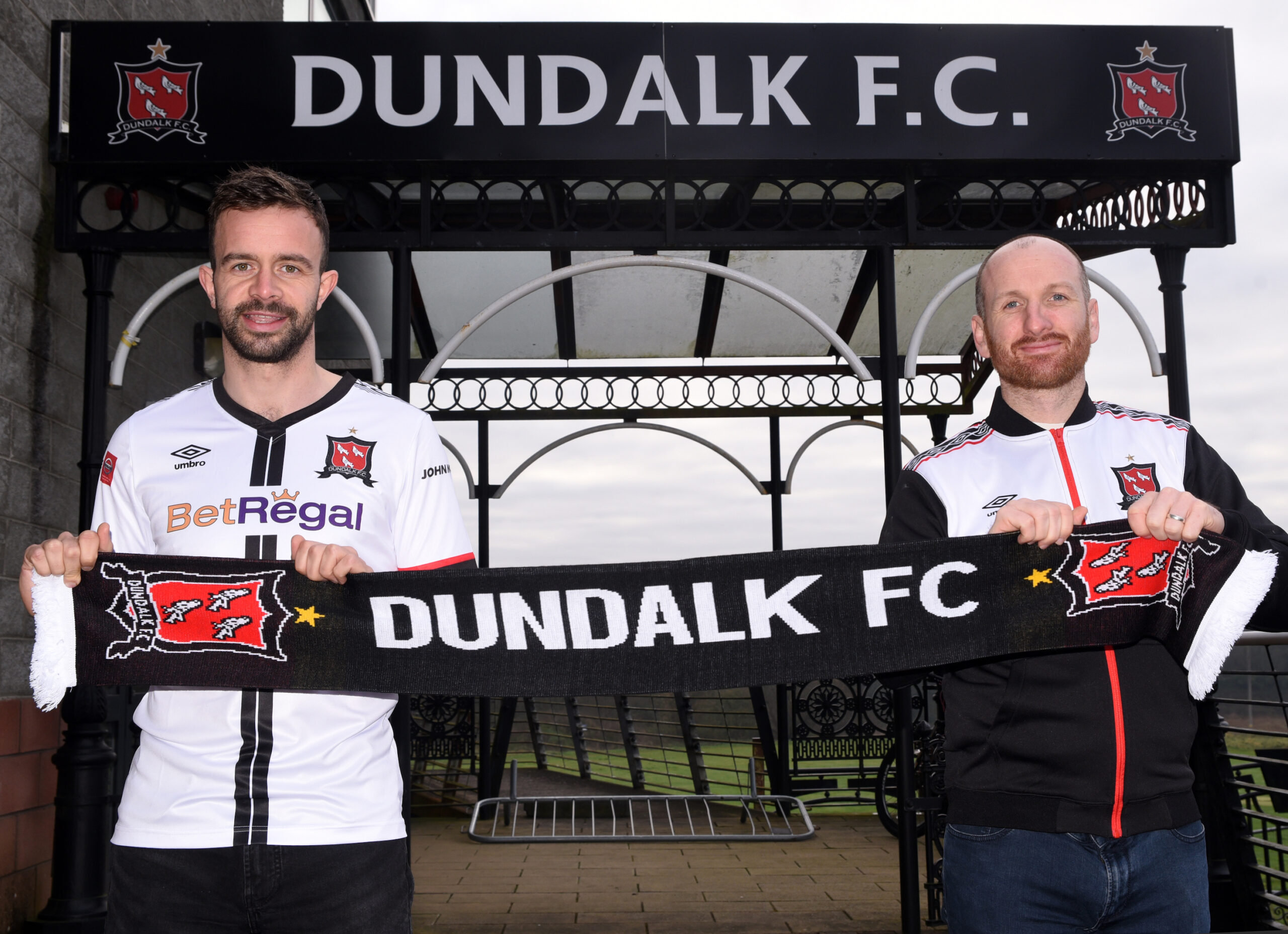 Lilywhites head coach Stephen O’Donnell – who was a former teammate of Benson’s at Oriel Park – and assistant manager Padge Cregg spent the past two seasons with the midfielder at Richmond Park.

Benson’s final act in a Pat’s shirt was to score the penalty that won the Inchicore club the FAI Cup at the Aviva Stadium in November and he said that he was looking forward to working with the duo, and first-team manager Dave Mackey when pre-season begins in January.

“When I started my career, Stephen was a big influence on me as a player and he helped me along the way. He is someone I look up to and I appreciate the involvement he has had on my career.

“He was great for me at St Pat’s and now that he has decided to come to Dundalk, I weighed up what I wanted to do, I looked at the project he wants to help build here, and I’m really looking forward to it.

“Dave is someone who also has a very good reputation within the game and I know Padge well from my time at Pat’s. His enthusiasm rubs off on everyone and he gives 100% every day.”

“I don’t need to tell our supporters what Robbie Benson is capable of,” said O’Donnell. “He’s obviously been away for a couple of years and done very well but he’s back and I’m delighted to get him on board. The association between the club and Robbie is there from some great times so it’s brilliant to get him back.

“As you grow older it’s natural that you become more mature and Robbie is no different. He’s not your typical leader maybe in how loud he is but he leads by example with his performances and by giving little bits of advice to players. When you marry that with his football ability, it’s a great asset.”