Dundalk FC is delighted to announce the signing of goalkeeper Peter Cherrie.

The 37-year-old, who was an ever present for Derry City last season, returns for his second spell at the club after spending five years at Oriel Park between 2009 and 2014.

During that period, Cherrie made over 200 appearances for the Lilywhites, picking up SSE Airtricity League and EA Sports Cup winners’ medals.

After moving on at the end of the 2014 campaign, he enjoyed spells north and south of the border with Cliftonville, Bray Wanderers, Cork City and Derry City before making his return to a place he considers home.

“It’s absolutely brilliant to be back,” he told dundalkfc.com. “If you had said this to me a month ago I’d have said there was no chance it would ever happen but when I got the call I was delighted.” 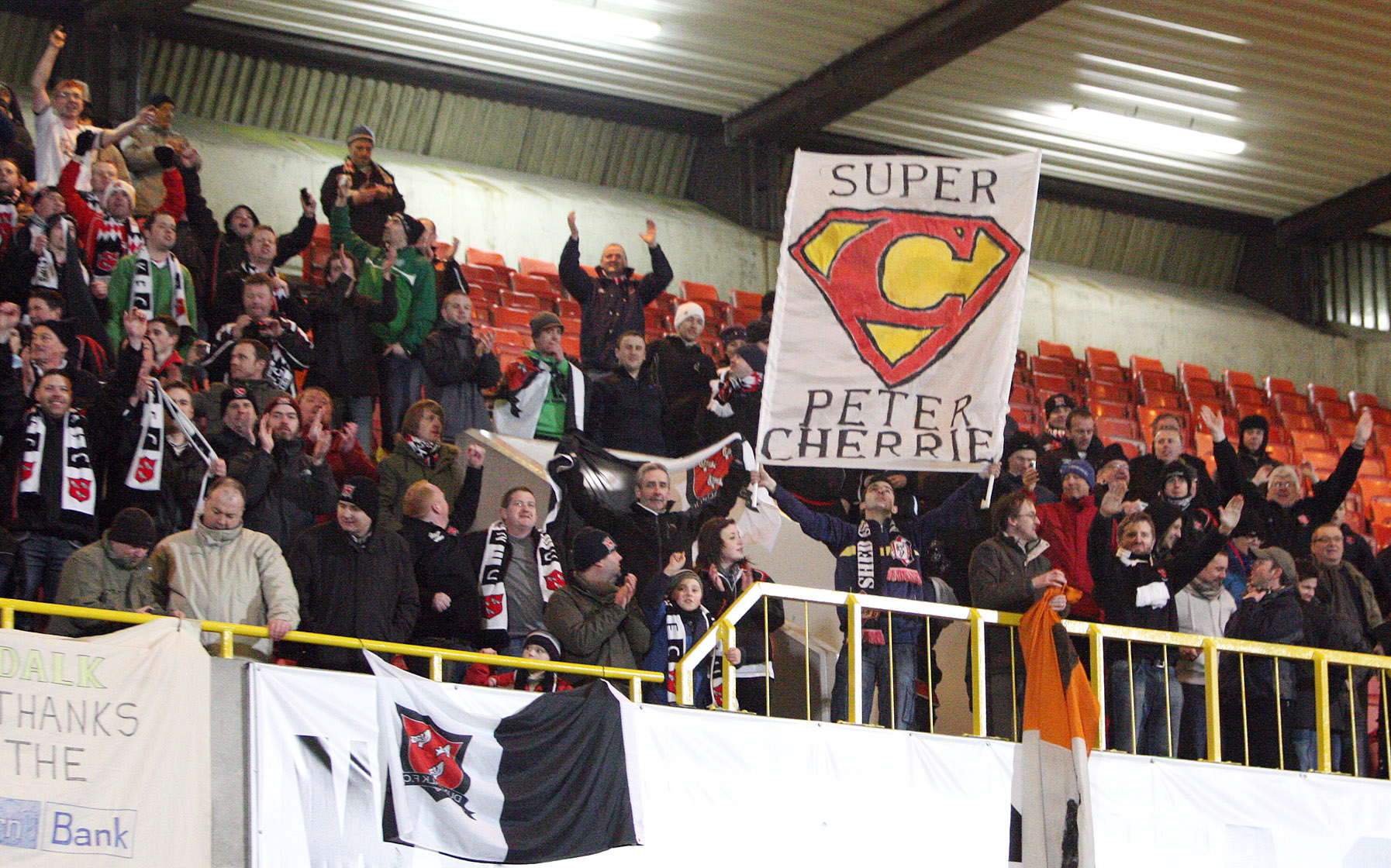 Dundalk fans unfurl a banner in honour of Peter Cherrie after the 2011 Setanta Cup win over Linfield at Windsor Park. Photo by Mick Slevin

Cherrie has already taken part in some training sessions with the first-team squad and should have no problem integrating into an environment that contains a number of old teammates.

“There’s loads of familiar faces still around,” he added. “Stephen McDonnell is doing the youth side, Liam Burns is doing his community side and there’s lads like Andy Boyle, Pat Hoban and Chris Shields who I played with in 2014 so it’s great to be back with them.”

The Scot will provide competition for fellow new arrival Alessio Abibi and he said he was determined to push the Albanian hard on a daily basis in a bid to secure the number one spot.

“It’s never been in my nature to come and sit on the bench,” said Cherrie. “It’s just not in me. If that day comes, then I may as well retire.