Dundalk’s unbeaten start to the season came to an end on Friday evening as they were defeated 1-0 by Drogheda United at Head in the Game Park.

A second half Dean Williams penalty was the difference between the sides in a keenly contested Louth Derby.

It was a lively opening with a typical derby atmosphere greeting the initial exchanges.

There was a chance a piece when first Patrick Hoban fired wide following some good play between Joe Adams and Sam Bone, at the other end Andy Boyle was to the rescue when he was on the line to clear from Dean Williams after he had got through on goal and around Nathan Shepperd.

Hoban almost made amends for his earlier miss when he had the ball in the net from a Joe Adams cross however the linesman adjudged him to be in an offside position. 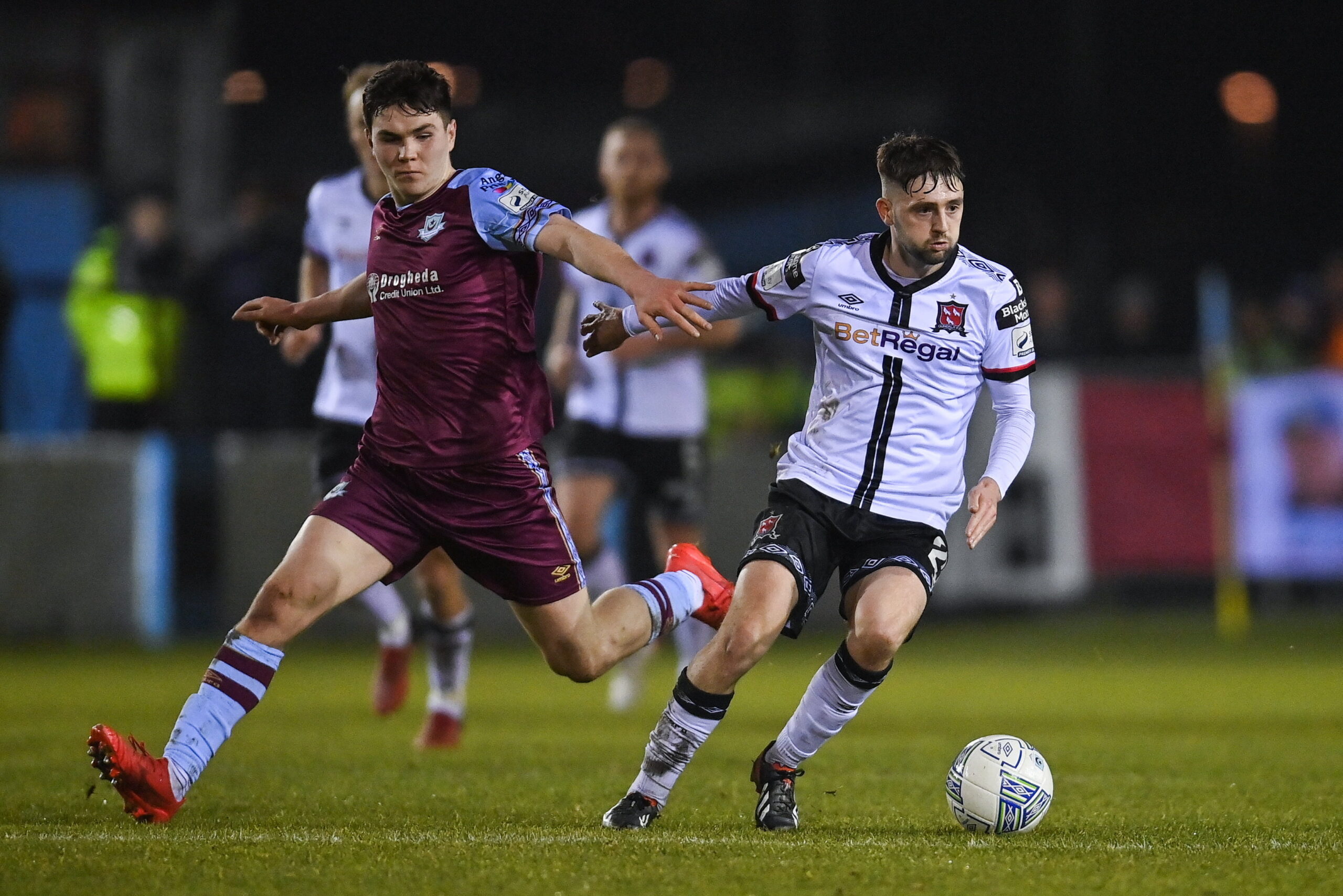 Joe Adams gets away from James Clarke. Photo by Ramsey Cardy/Sportsfile

Former Lilywhite Dane Massey looked like he had found the net with a deflected effort after a corner fell to him however Lewis Macari did brilliantly on the line to head it over the bar with that proving the closest either side got to a goal in the opening half.

The second half got off to a more rapid start with Drogheda awarded a soft penalty in the opening minutes when Darragh Nugent went down after Greg Sloggett was ruled to have fouled.

Rob Hennessy pointed to the spot and Dean Williams sent Nathan Shepperd the wrong way to give the hosts the lead.

Dundalk did respond well to the setback with Benson having two efforts in quick succession with the latter seeing him through on goal and denied by goalkeeper Sam Long.

Steven Bradley had the perfect chance to level things when he got in behind on the right but his low drive was well palmed away by Long while Adam Foley almost made it 2-0 but his thundering shot came back off the crossbar.

Dundalk lay siege to the Drogheda goal but didn’t create much of note with a series of corners in the closing stages the closest they came. 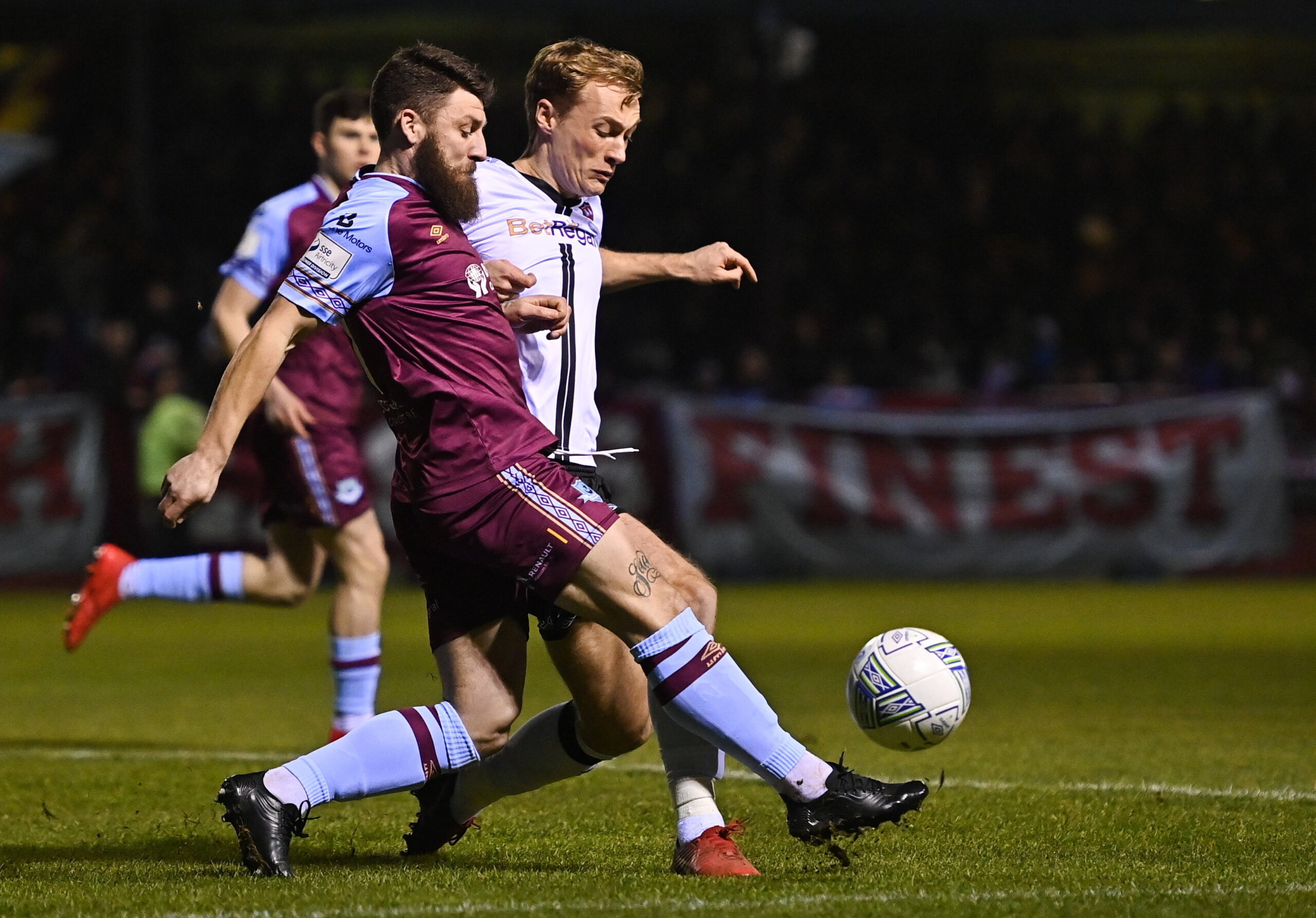 Bradley showed some good trickery and his curling effort was tipped brilliantly around the post by Long as the match hit the 90th minute.

Bradley was the creator next time as his excellent cross was headed inches wide by Paul Doyle with the goalkeeper beaten.

That proved to be the final action as Hennessy blew the full-time whistle to hand Drogheda the win.