Our opening pre-season friendly of 2023 ended in a scoreless draw against Finn Harps at Oriel Park on Friday night.

Two of our new arrivals, Hayden Muller and Connor Malley both started the game with Muller – who hit the post with a second-half header – showing his versatility by playing at centre-back and right-back across the 90 minutes.

Paul Doyle and Patrick Hoban, who both missed a large chunk of the second half of the 2022 campaign with injuries – were also named in a starting XI that included youngster Senan Mullen, who acquitted himself very well at left-back.

Hoban glanced a header just off target with the best opening of the first half and Muller almost marked his first appearance at Oriel Park with a goal but his second-half effort crashed off the woodwork from close range. 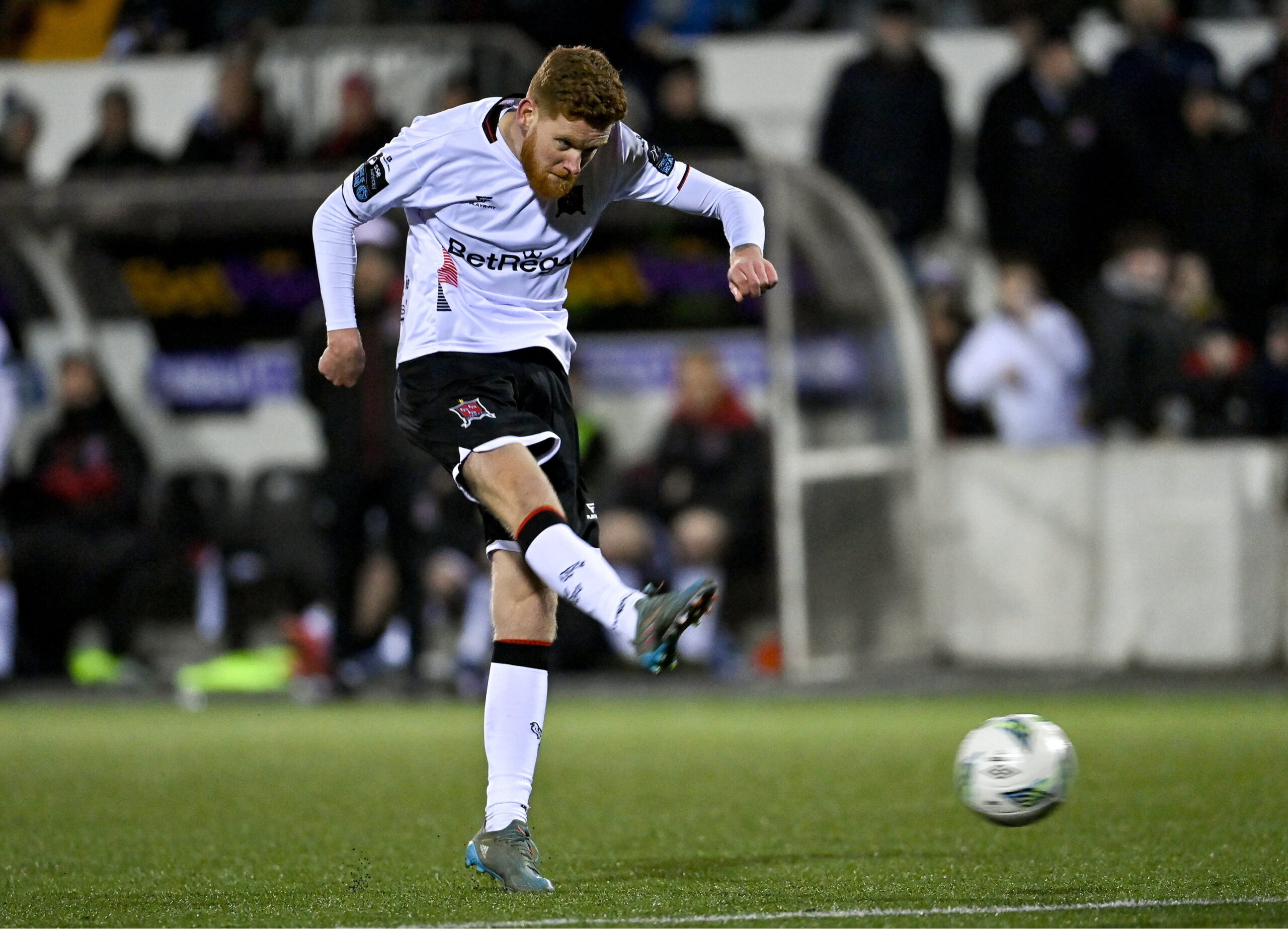 New signing Connor Malley has a shot at goal during the pre-season friendly against Finn Harps at Oriel Park. Photo by Ramsey Cardy/Sportsfile

Harps, who are now under the stewardship of former Lilywhites full-back Dave Rogers, provided Dundalk with a good workout and they almost went in front late on only for half-time substitute Cameron Elliott to pop up and clear a goal bound effort off the line.

Malley went close with a late drive and our fourth new arrival, Louie Annesley, thought he had won the game in the final minute when he hooked a free-kick past Tim-Oliver Hiemer but the goal was ruled out for offside.