Dundalk suffered defeat in their final outing of the 2021 SSE Airtricity League season falling 2-1 to Derry City at Oriel Park on Friday evening.

Sean Murray gave the Lilywhites a deserved first half lead however goals either side of half-time from Ciaron Harkin and Jamie McGonigle gave the Candystripes the win and fourth spot in the table.

Dundalk almost got off to the perfect start when Sean Murray volleyed inches over the bar after a good move on the right with Sami Ben Amar teed him up. 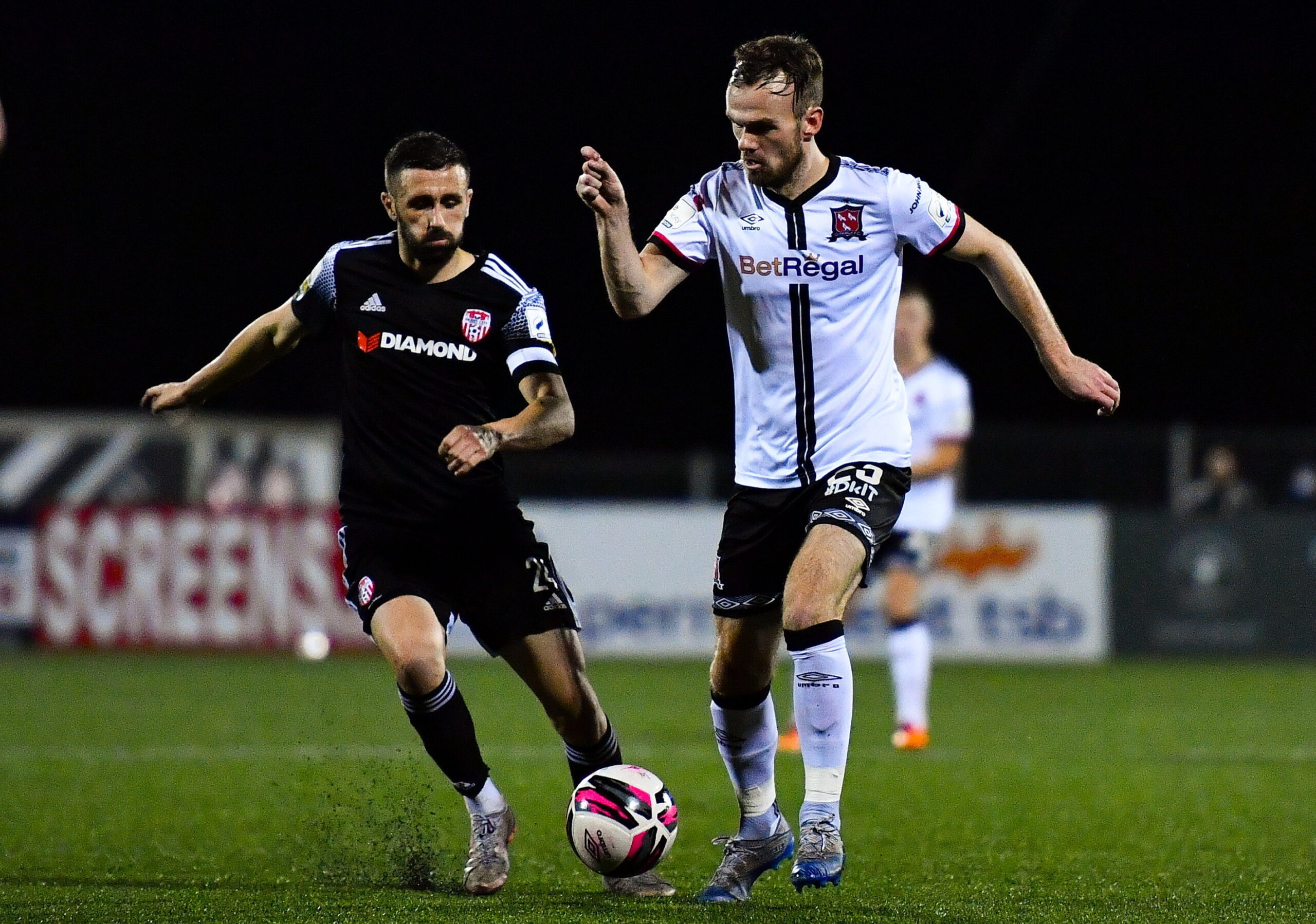 Cameron Dummigan gets away from Danny Lafferty. Louth. Photo by Ben McShane/Sportsfile

The Lilywhites had two stone wall penalties turned down by referee Neil Doyle when he waved away appeals from Ben Amar and Patrick Hoban.

David McMillan then had a chance go just wide when he flicked the ball goalwards from Darragh Leahy’s cross while Murray’s free-kick from distance was well parried away by Nathan Gartside.

Murray was the one who gave the Lilywhites the lead when he dispossessed Ciaron Harkin in midfield and moved forward into position to shoot and fired excellently past Gartside.

Raivis Jurkovskis had a shot deflected just wide after he powered into the box.

The visitors equalised on the stroke of half-time when Ciaron Harkin  struck from 40 yards beating Cherrie.

Derry City began the second half with an urgency and took the lead early in the second. 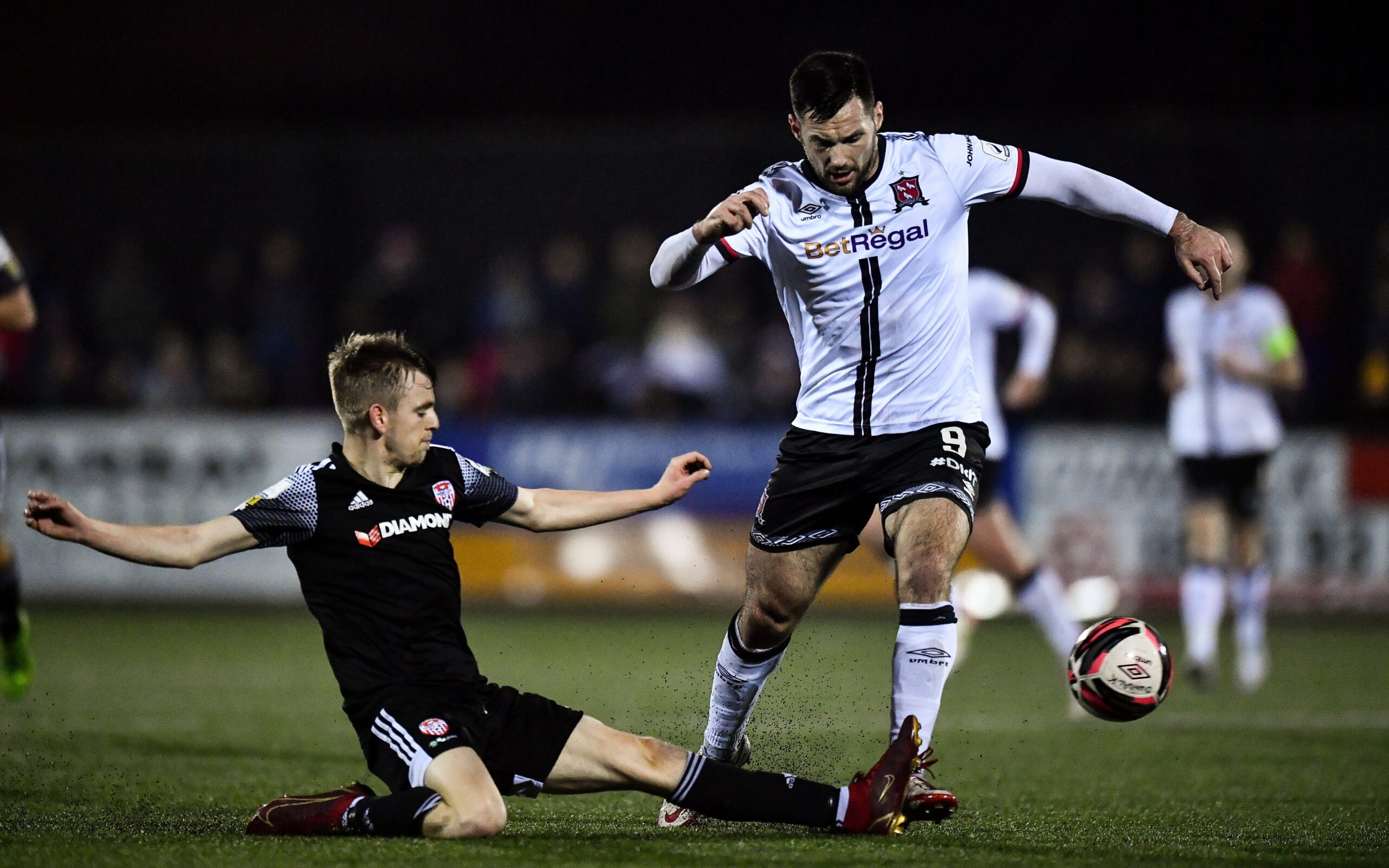 Dundalk responded well when Murray almost levelled when he hooked the ball goalwards however Harkin somehow managed to clear the ball off the line to deny the number 16.

Both sides struggled to retain possession after that and neither created any chance of note.

The match ended with the visitors taking all three points leaving Vinny Perth’s men to finish the season in sixth spot.