Dundalk suffered their first defeat in four as they lost 3-1 to Shamrock Rovers on Friday night in the SSE Airtricity League at Tallaght Stadium.

Patrick Hoban gave Dundalk the lead early in the first half however goals from Liam Scales and Sean Gannon turned it around for the Hoops before the break. Aaron Greene added a third to hand Vinny Perth his first defeat since his return to the club.

Rovers had the better of the opening exchanges with Rory Gaffney having their only opening of note as he dragged a volley wide from the edge of the box.

The Lilywhites would take the lead when former player Richie Towell was caught in possession 20 yards from his own goal by Michael Duffy. He showed intelligence to play in Patrick Hoban who expertly finished to the net past Alan Mannus to make it 1-0. 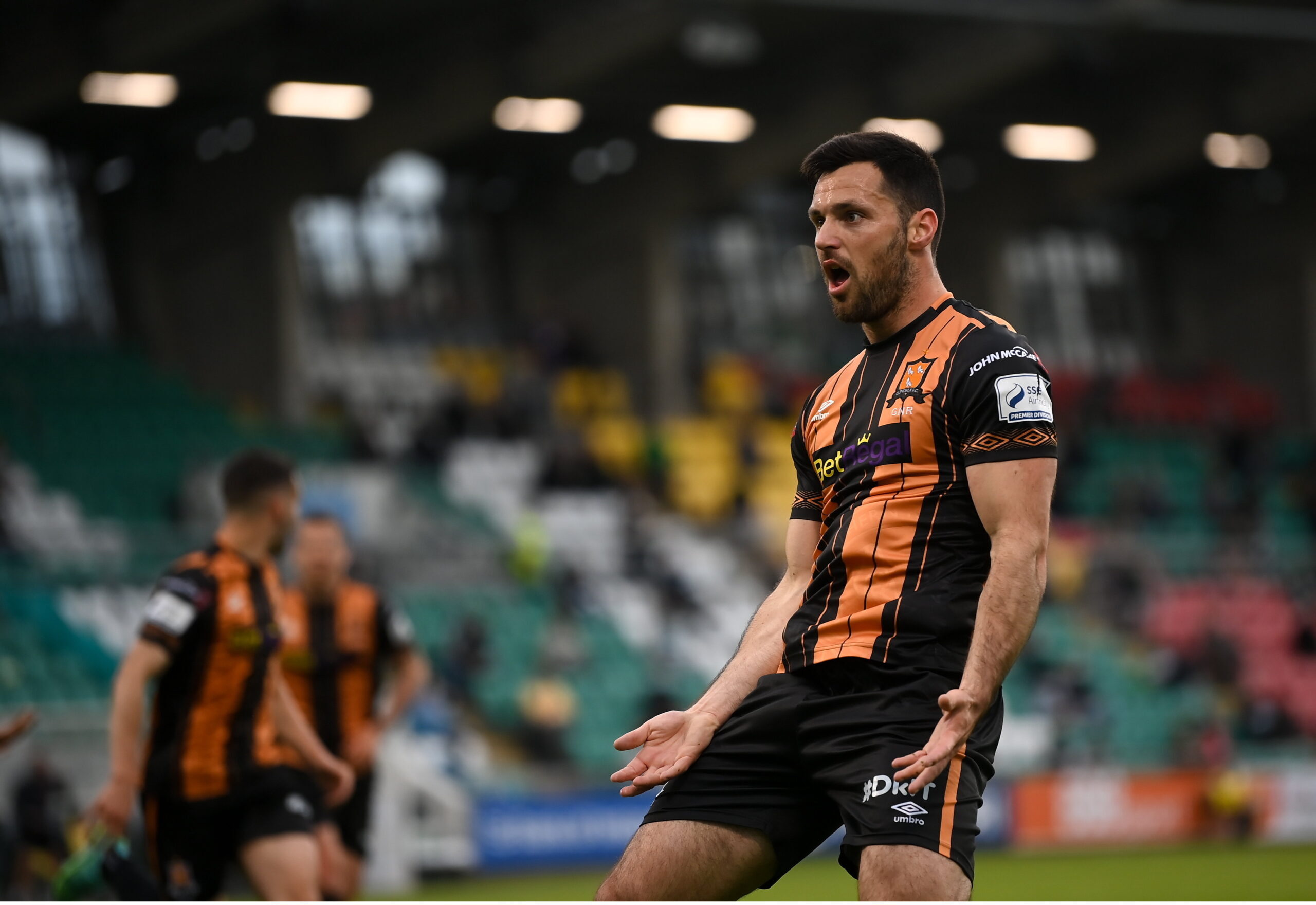 Rovers almost responded immediately when Sean Gannon found the head of Gaffney in the box but he headed inches wide with Abibi stranded.

It should have been 2-0 when Raivis Jurkovskis found Hoban in the box and his header from point blank range produced a stunning save from Mannus who kept it out of the bottom left corner.

Andy Boyle was to the rescue when he got his body in the way of Gaffney’s goal bound shot to deflect it wide and his centre back partner Sonni Nattestad produced similar heroics to cut out Rovers once more. 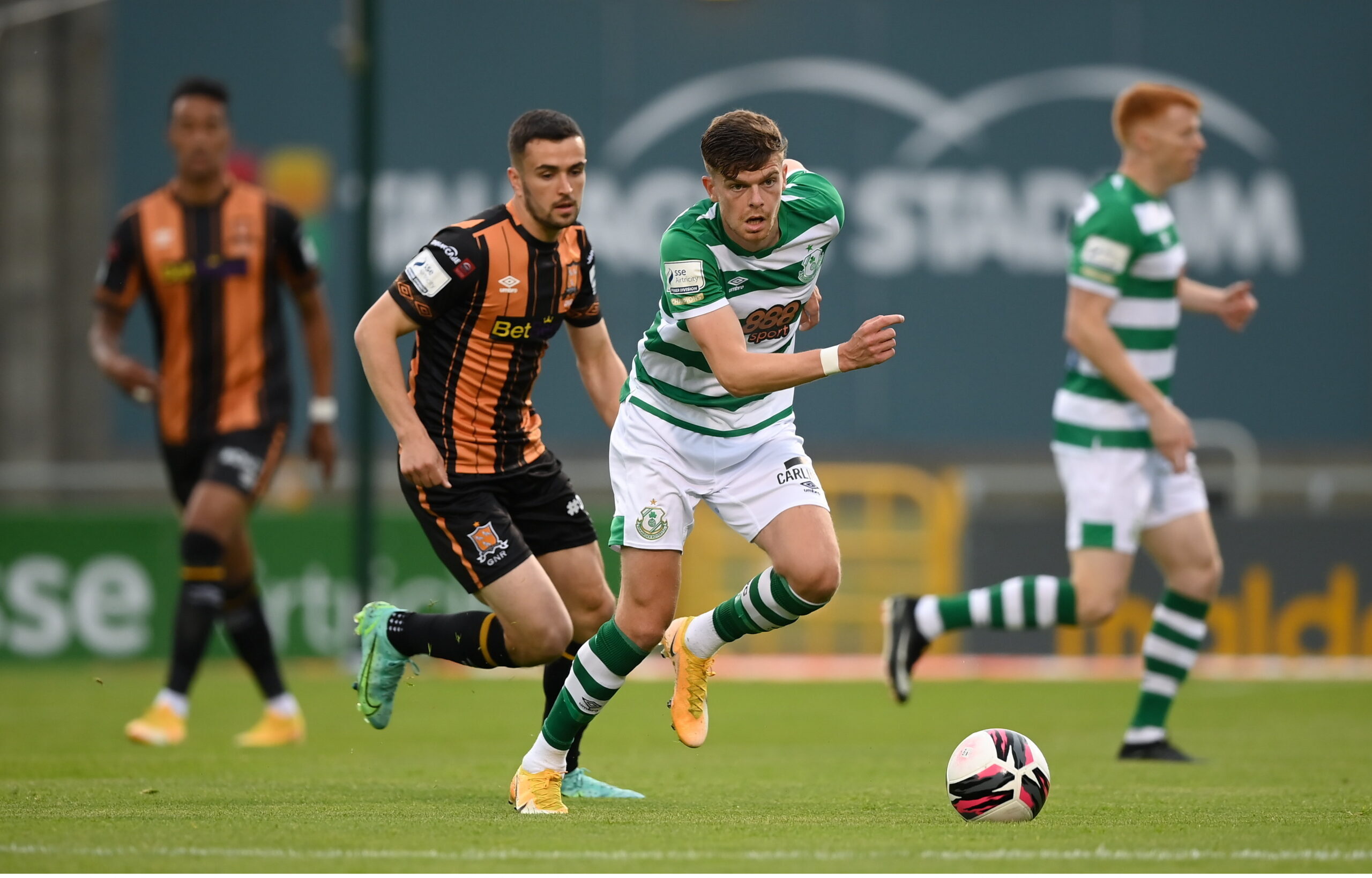 Abibi was forced into a smart save down to his right to keep out Aaron Greene’s low left footed drive before the hosts did get their equaliser.

Liam Scales got to the loose ball in front of Hoban, took a touch and unleashed a superb shot to the top corner past Abibi.

It looked like it would remain deadlocked at the break however Rovers would take  the lead on the stroke of half-time.

Towell’s free-kick was blocked clear but only as far as fellow former Lilywhite Gannon who unleashed a stunning strike from 30 yards to find the net. 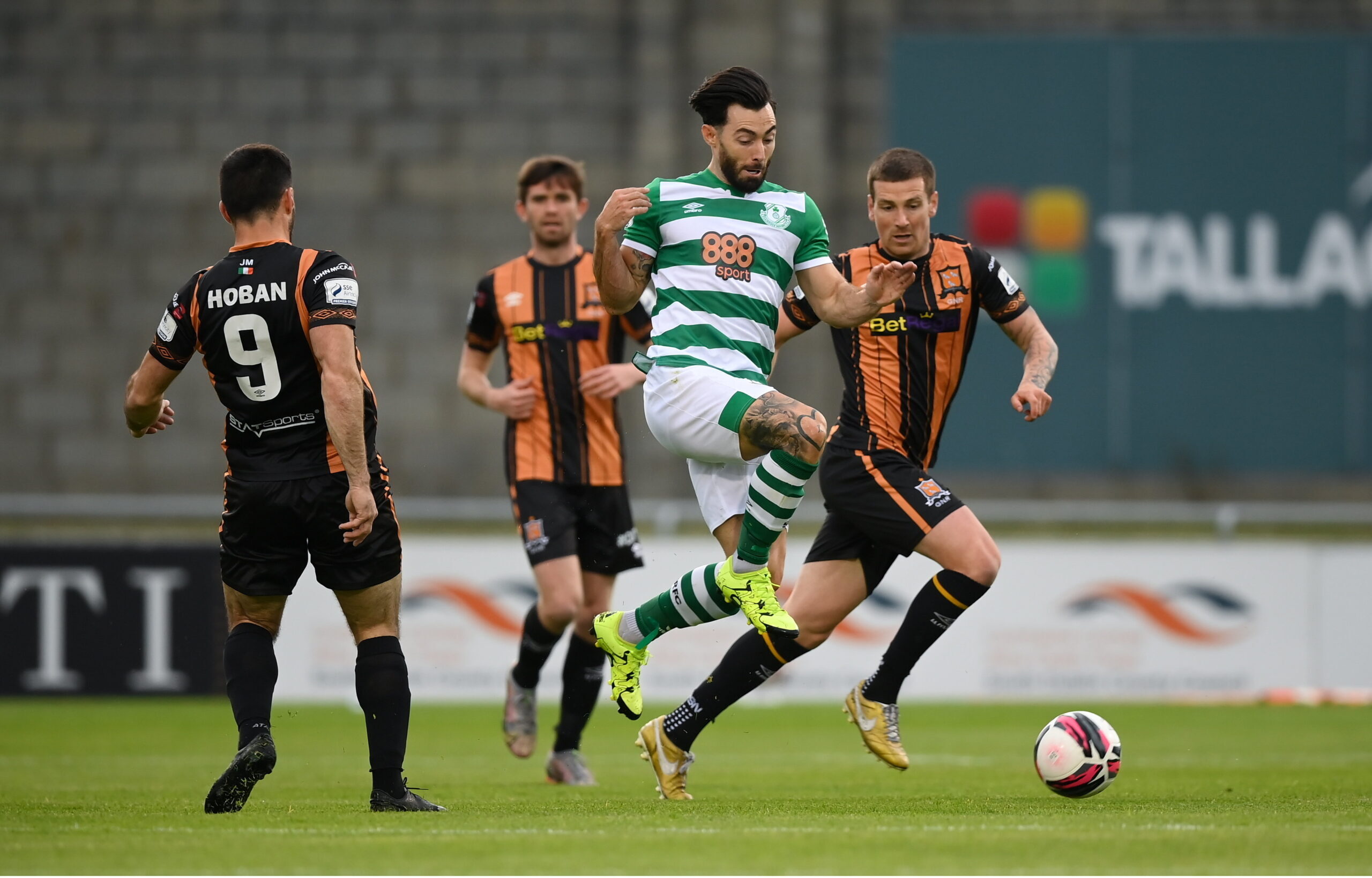 The second half was slow to get going with both sides struggling to retain possession.

Greene was the first to have an effort in the half when he got in behind the Lilywhites back line but Abibi was equal to it.

Substitute Danny Mandroiu was next to have a go but his dipping shot just missed the crossbar.

Greene would kill the game off as he took the ball down with ease inside the box and drilled a left footed effort out of the reach of Abibi.

The Lilywhites failed to threaten after that and Rovers saw it out comfortably.