We were desperately saddened to learn of the passing of our former player, youth team coach, assistant manager and first-team manager, Tommy Connolly, this morning.

Tommy’s name will forever be linked to Dundalk FC. After starting out with Rangers in the Dundalk Minor League, he joined the club’s youth team in the early 1960s and went on to represent the Lilywhites with distinction for over 40 years.

He made his first-team debut under Liam Tuohy in April 1970 against St Patrick’s Athletic and went on to make a total of 29 appearances between 1970 and 1973. In 1975, under Jim McLaughlin, he became manager of the club’s youth squad and over the next eight seasons, he filled the Oriel Park cupboard with trophies, creating a conveyor belt of young talent drawn from the local schoolboy teams.

His coaching skills were also recognised at a national level, and for six years between 1984 and 1990, he acted as manager of the Leinster youth team. 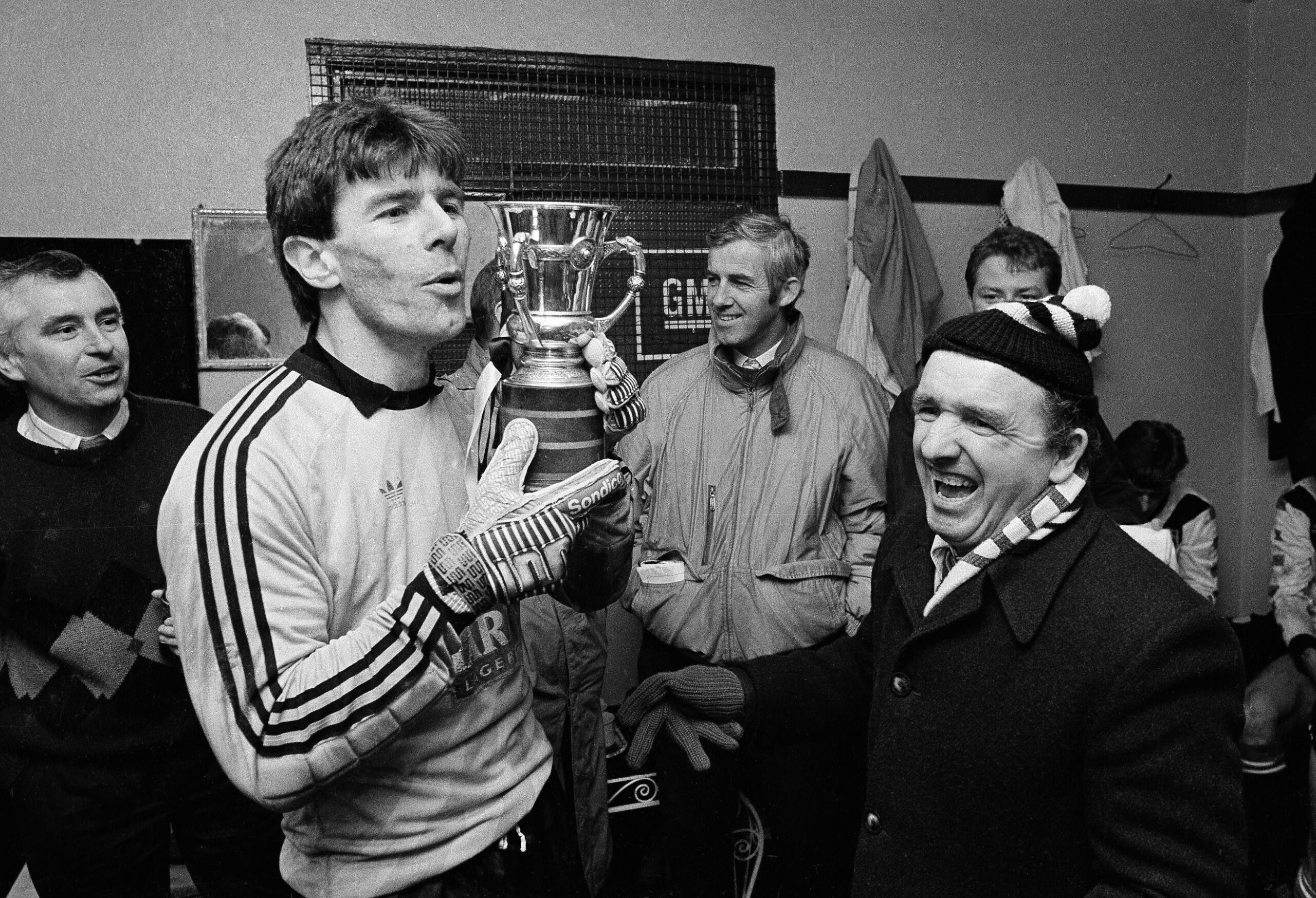 The departure of John Dempsey in early 1984 paved the way for Tommy’s first stint as manager of the Dundalk FC first team. He had a further four more periods in the hot seat, either as caretaker or joint manager.

By the end of the 1984/85 season, Tommy had started the process of rebuilding the team after some major post-Jim McLaughlin-era departures; Tom McNulty, Dessie Gorman, John Cleary and Martin Murray were just one of the names he added to the squad.

Following the arrival of Turlough O’Connor in the summer of 1985, Tommy became his number two, a position he filled the whole way through Turlough’s reign to 1993.

He continued in that role under Dermot Kelly (1994-1996), John Hewitt (1996-97) and Eddie May (1997) and would often be required to fill in as caretaker manager pending new appointments. In 1997, following the unexpected departure of Eddie May, Tommy became joint-manager of the club for two seasons alongside Jim McLaughlin. 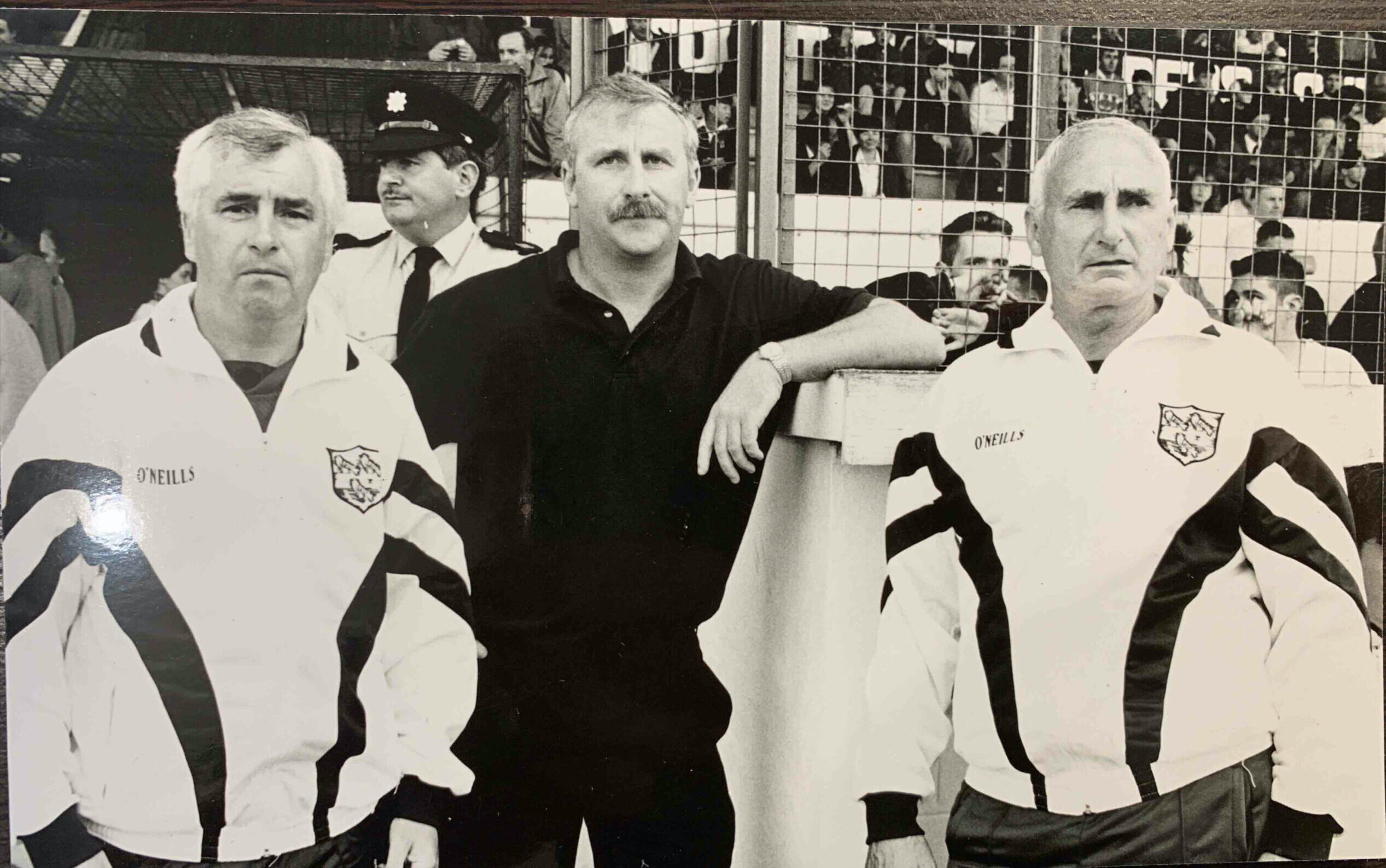 Tommy Connolly (left), pictured with Dermot Keely and Mickey Whelan on the final day of the league-winning 1995 season at Oriel Park

His period in charge of the two Irish underage squads was particularly rewarding and in the 10 games under his guidance, the side went unbeaten. Under his management, Damien Duff and Kenny Cunningham made their international debuts.

He continued to strengthen his coaching skills, qualifying in 1992 as an FAI Senior Coach, and in 1999 he added the UEFA license to his CV. Tommy also spent two years as coordinator of the cross-border Dunfield Project.

Seeking new challenges, he joined his local GAA club, Clan na Gael, but rejoined Dundalk in 2004 to take over the U17 and U21 sides. Once again, he took charge of the first team in the final game of the 2005 season, following the departure of Jim Gannon. 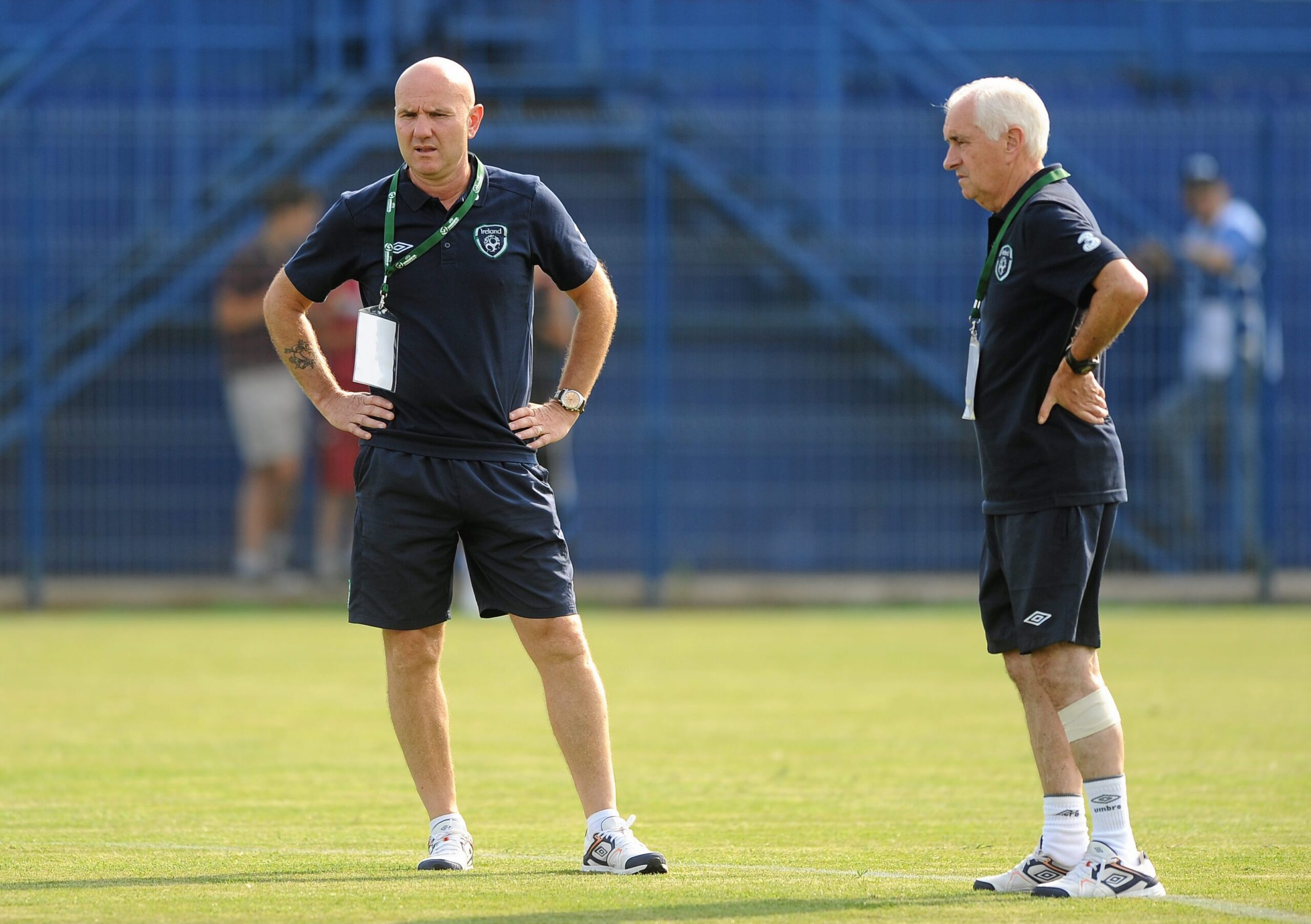 Tommy Connolly on international duty with Republic of Ireland head coach Paul Doolin ahead of a UEFA European U19 Championship game in Romania in 2011. Picture credit: Stephen McCarthy / SPORTSFILE

In 2008, he guided the Dundalk Youths to the FAI Youth Cup Final before departing Oriel Park to take the job of first-team manager of Bellurgan United in the AUL. His involvement at international level continued, however, and he was part of Paul Doolin’s Republic of Ireland U19 management team for the UEFA European Championship elite qualification stage in 2009.

Everyone at Oriel Park would like to send our deepest condolences to Tommy’s family and friends at this time. May he rest in peace.