Dundalk suffered their second defeat of the season on Easter Monday evening as they went down 1-0 to Shamrock Rovers at Tallaght Stadium.

Danny Mandroiu’s second half strike was the difference between the sides in an evenly contested clash.

It was a lively beginning with both sides having chances. First Daniel Kelly had a header come back off the crossbar after a good ball into the box by Keith Ward while at the other end Nathan Shepperd had to be alert to keep out Sean Hoare’s header.

Greg Sloggett warmed the hands of Alan Mannus with a tame effort from outside the area with Shepperd once again called into action to pal away Sean Gannon’s effort from a tight angle.

Mandroiu had two efforts from outside the area just before the half hour mark but neither were a danger to Shepperd. 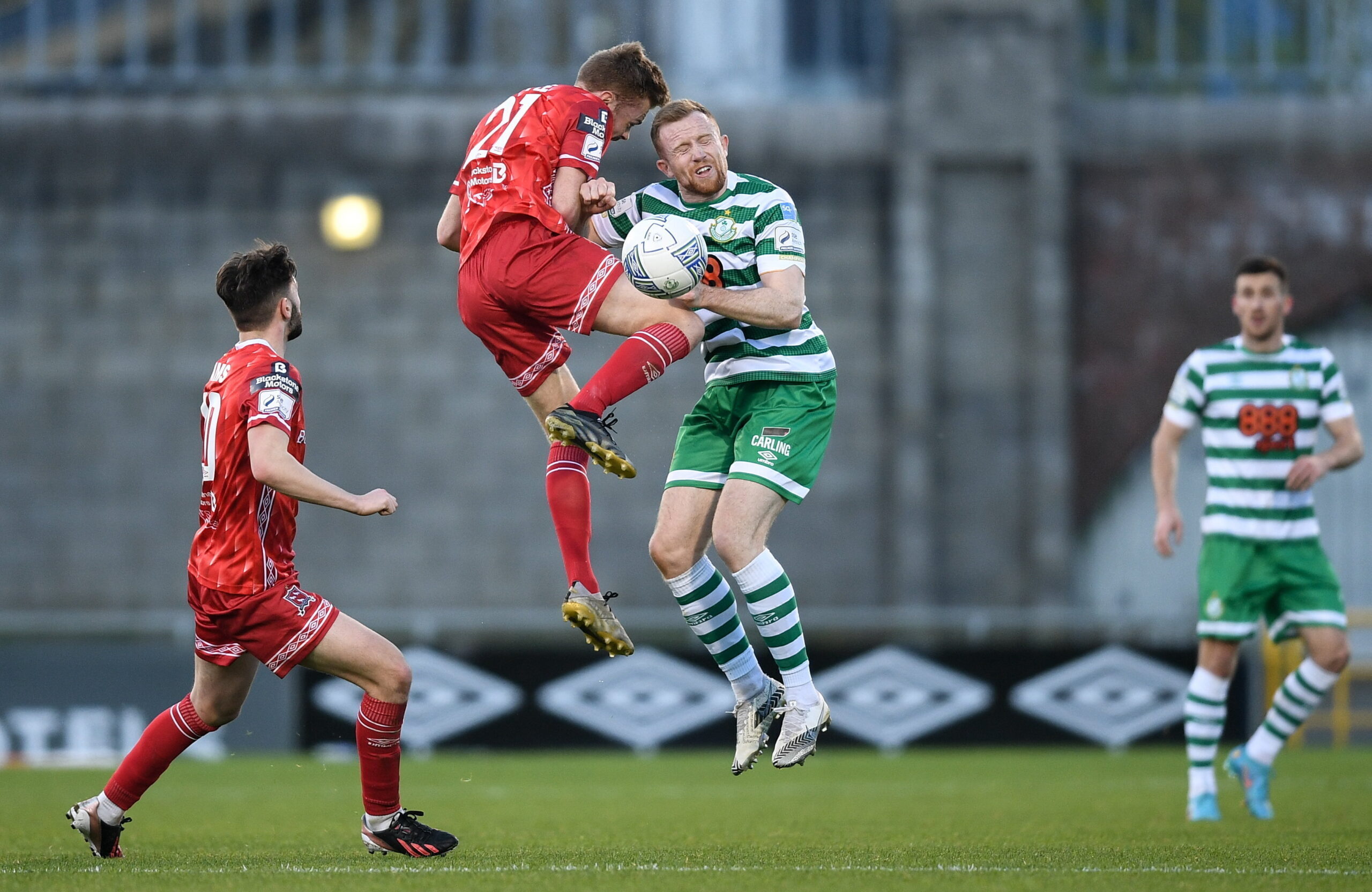 The Lilywhites, who were wearing their all red strip for the first time this season, should have taken the lead ten minutes before the break when an inch perfect through ball from Ward was dummied by Sloggett let it free to Kelly but his effort was well blocked by Mannus just inside the area.

The opening stages of the second period weren’t as lively as the first with Jack Byrne having the only effort on goal in what was a scrappy first 15 minutes.

Byrne would turn provider as the Hoops took the lead with 25 minutes remaining. His ball split the Lilywhites defence to find Mandroiu and he calmly slotted the ball to the net giving Shepperd no chance. 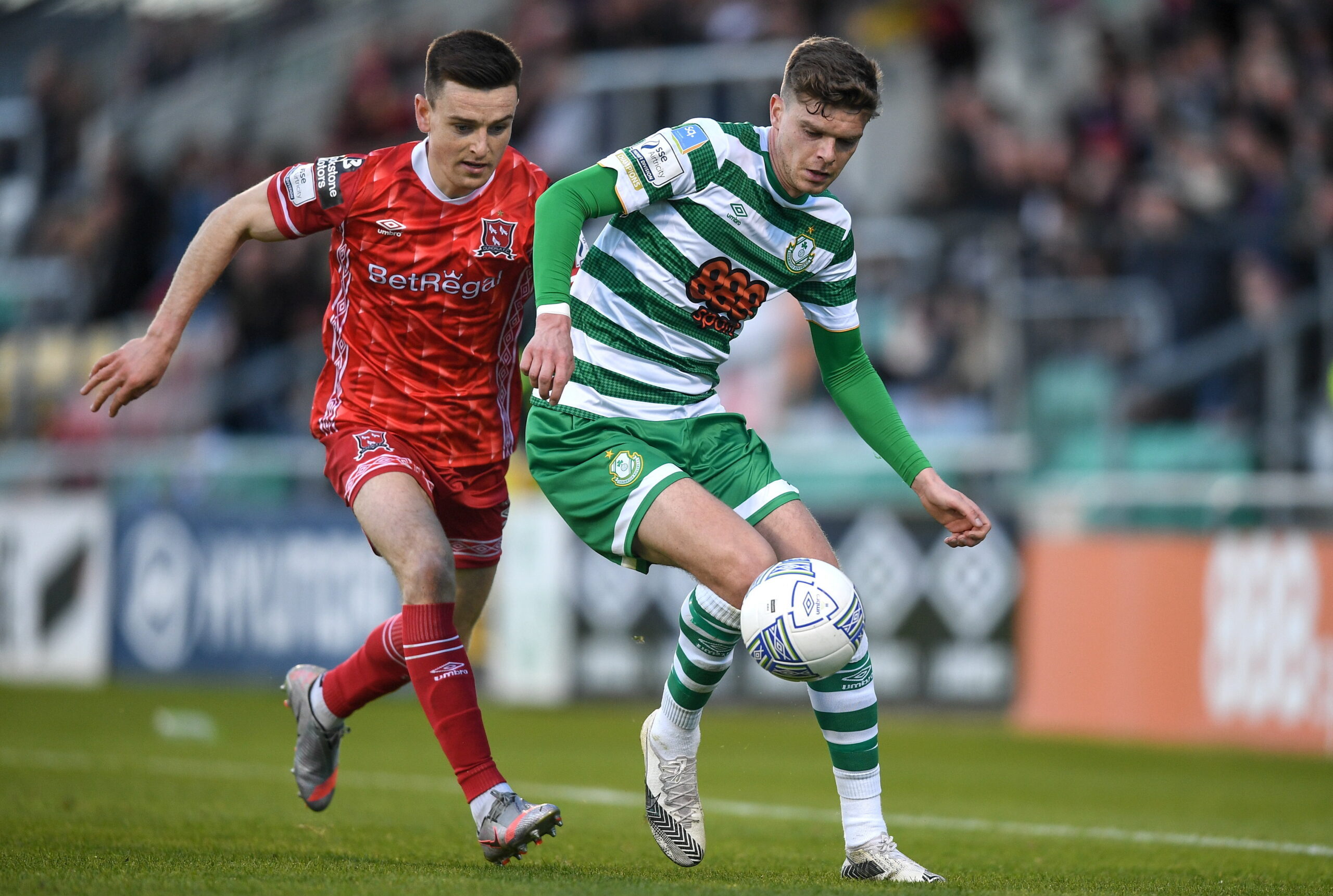 Aidomo Emakhu almost made it 2-0 moments after for the hosts but he dragged his effort wide with better options available.

Dundalk were reduced to ten men late on as Gartland received two yellow cards however there was no further action of note as Rovers took the win.