Dundalk continued their unbeaten start to the season with a hard-fought 1-1 draw against Shelbourne at Tolka Park on Friday evening.

Patrick Hoban gave the Lilywhites the lead however a late Sean Boyd ensured that Shelbourne took a draw.

The first half was one of few chances and little quality. Patrick Hoban had a shot go wide while Sam Bone shot from the edge of the area but his fizzing drive was palmed away to safety by Lewis Webb.

Shels had their own chance when Luke Byrne’s cross fell to JR Wilson at the back post but he blazed over with the goal at his mercy.

The second half was much the same as the first with both sides embroiled in an intriguing physical battle.

Keith Ward had an overhead kick go into the arms of Webb but he would turn provider for the lead goal with 20 minutes left on the watch.

A superb cross from a free-kick on the left by Ward was right onto the head of Hoban and his effort was into the bottom corner out of the reach of the goalkeeper. 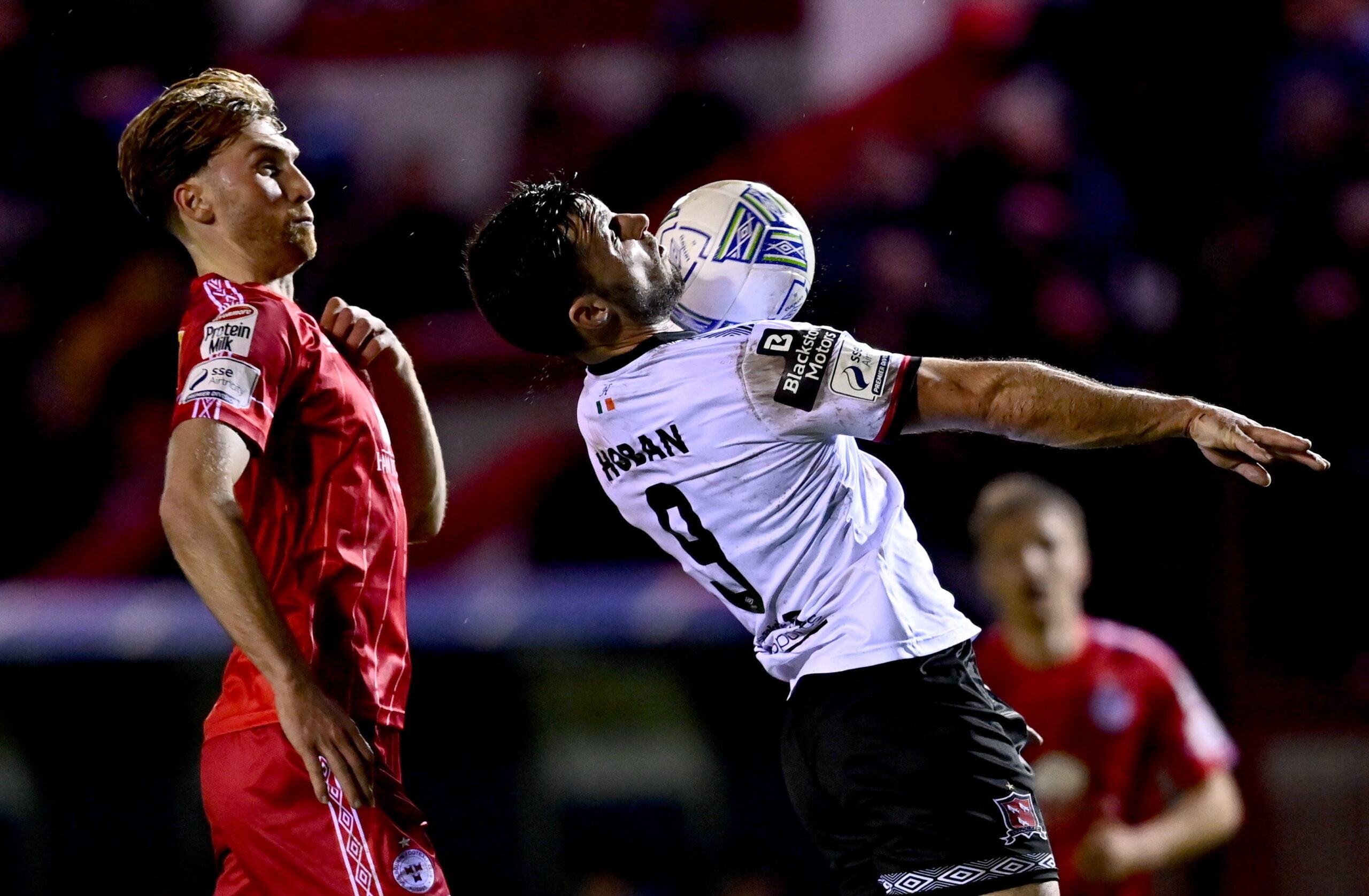 Patrick Hoban of Dundalk in action against Aaron ODriscoll of Shelbourne during the SSE Airtricity League Premier Division match at Tolka Park. Photo by Eóin Noonan/Sportsfile

Shels would level things in strange circumstances. Nathan Shepperd came out for a loose ball and there was a coming together between him and Sean Boyd. After a delay, referee Derek Tomney pointed to the spot.

Boyd took the kick himself to make it 1-1 with five minutes left to play.

Dan Williams and Dan Carr traded chances in injury-time but in the end, the points were shared ahead of the visit of Shamrock Rovers on Monday.