U15S SLIP TO DEFEAT IN OPENER

The Dundalk FC U15 team fell to defeat in their opening match in the EA SPORTS National Underage League Group B on Sunday, slipping to a 2-0 loss at home to Athlone Town.

Having played a friendly against the Dundalk U14 side earlier in the week, the U15s were raring to go ahead of their first league game of the season, and that showed in the first half as they dominated proceedings.

The Lilywhites’ first chance came after five minutes when Jake Hough broke through on the left. His clever cutback found Jack O’Flaherty but the midfielder fired his effort over the bar. Athlone didn’t have their first shot on goal until the 15th minute when captain Darragh Kenny volleyed wide from a corner. 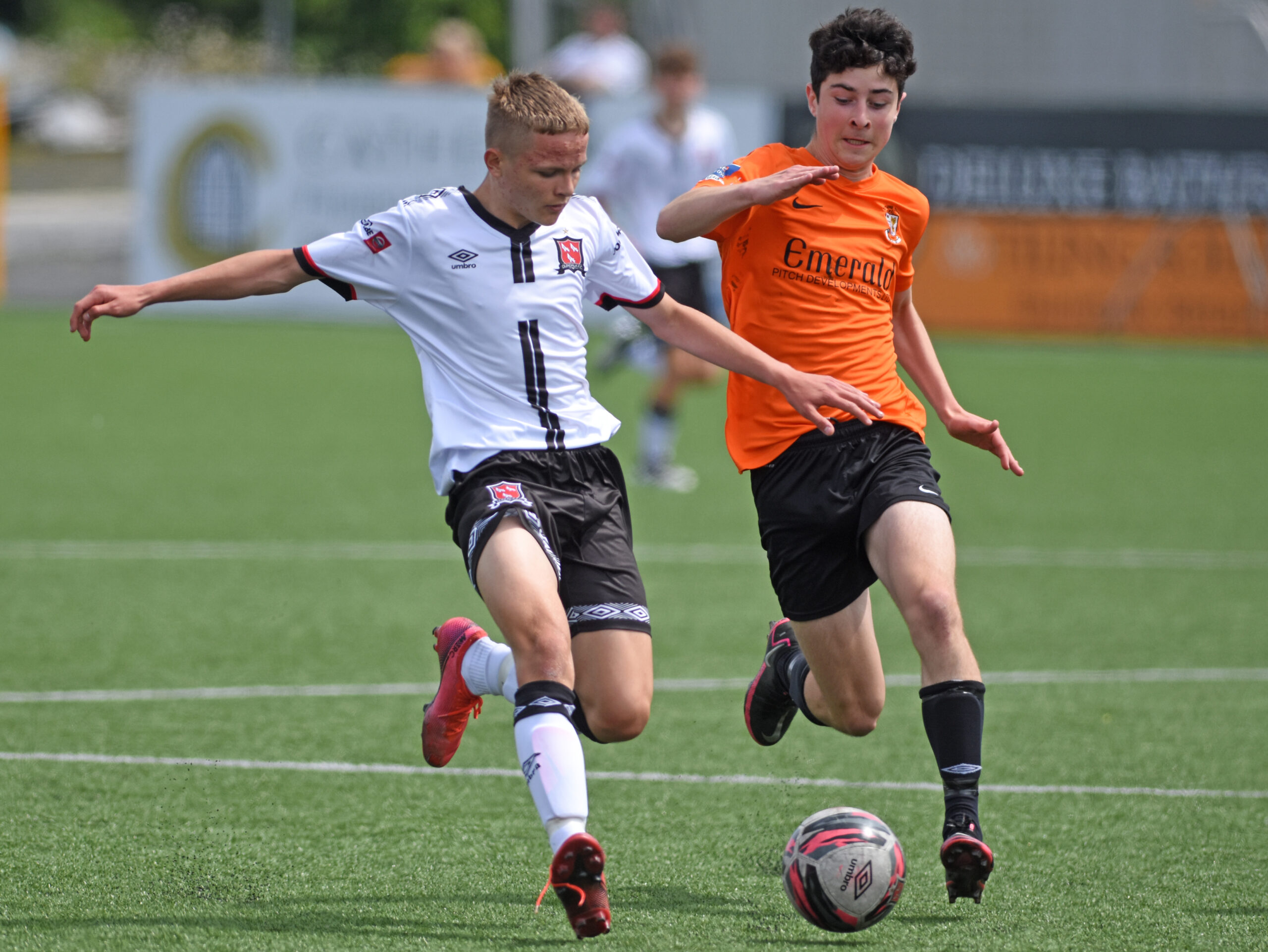 Dundalk were forced into a substitution just two minutes later when full-back Luke Alison departed through injury. He was replaced by Cian Murphy but despite the alteration, Dundalk continued to dominate and they constantly found success down both wings. Athlone coach Glen Byrne made an early change to combat Dundalk’s threat but it was to no avail as the Lilywhites continued to threaten with the front four of Hough, O’Flaherty, Dino Costin and Adam Mullins all looking dangerous.

Despite their very impressive first-half performance, Dundalk struggled to find that elusive goal and they went into the break with the game scoreless.

Conor Woods’ team began the second half in a similar vein to the first but it was Athlone who took the lead, against the run of play, after 47 minutes. A ball over the top caught the Dundalk defenders out of position and Destiny Ezanna broke through to loft the ball over onrushing goalkeeper Thomas Brady to make it 1-0 to the visitors.

The young Lilywhites were unsettled by that goal and Athlone began to grow into the game, enjoying an extended spell in possession. Damien Balsic was introduced to try and regain control in midfield for Dundalk, but Athlone soon added their second of the game when Ezanna got on the end of Brandon Whykes’ cross to thump his header past Brady. 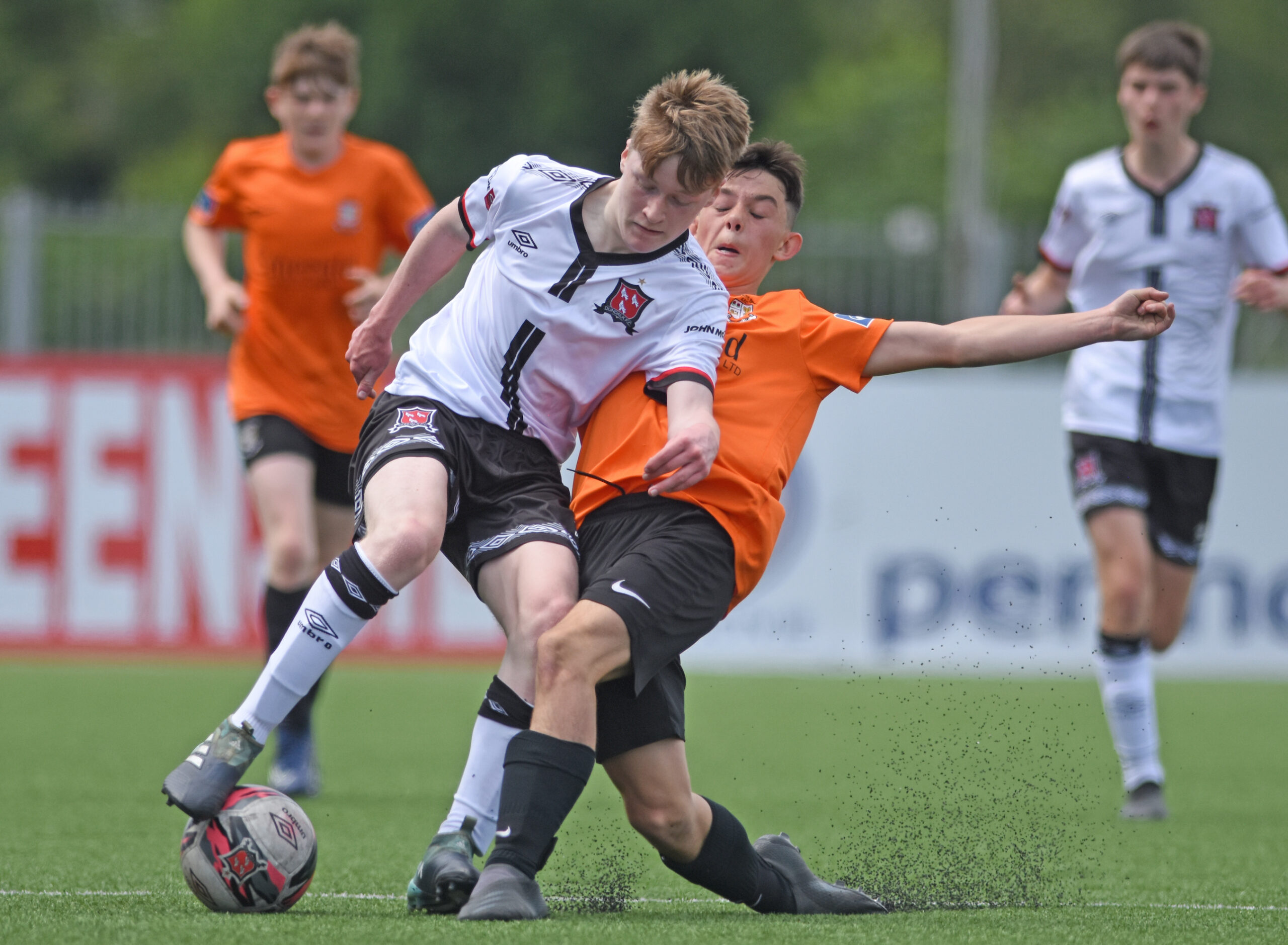 Dundalk looked dangerous from set-pieces and did create chances towards the end but they couldn’t find the finishing touch and Athlone took all three points from the opening league game of the season.

It was a disappointing result for Dundalk, but it was also a very encouraging performance from the U15s, who showed moments of real quality. Speaking after the game, head coach Woods was happy with his side’s performance and said he was confident of getting a result in Longford next week.

“There are so many positives to take from the performance as a whole,” he said. “We were very good in the first half. You come in at 0-0 and see that there are chances for both teams to go and score, in the end, they took their chances and we didn’t but overall you’ve got to be positive with the performance.

“We worked very hard this week on how we move off the ball and I think that was evident in the first half. The players were excellent and they executed it very well. We just struggled to hit the back of the net and that’s how the game turned out. We didn’t take our chances and they came into the game in the second half and took theirs. 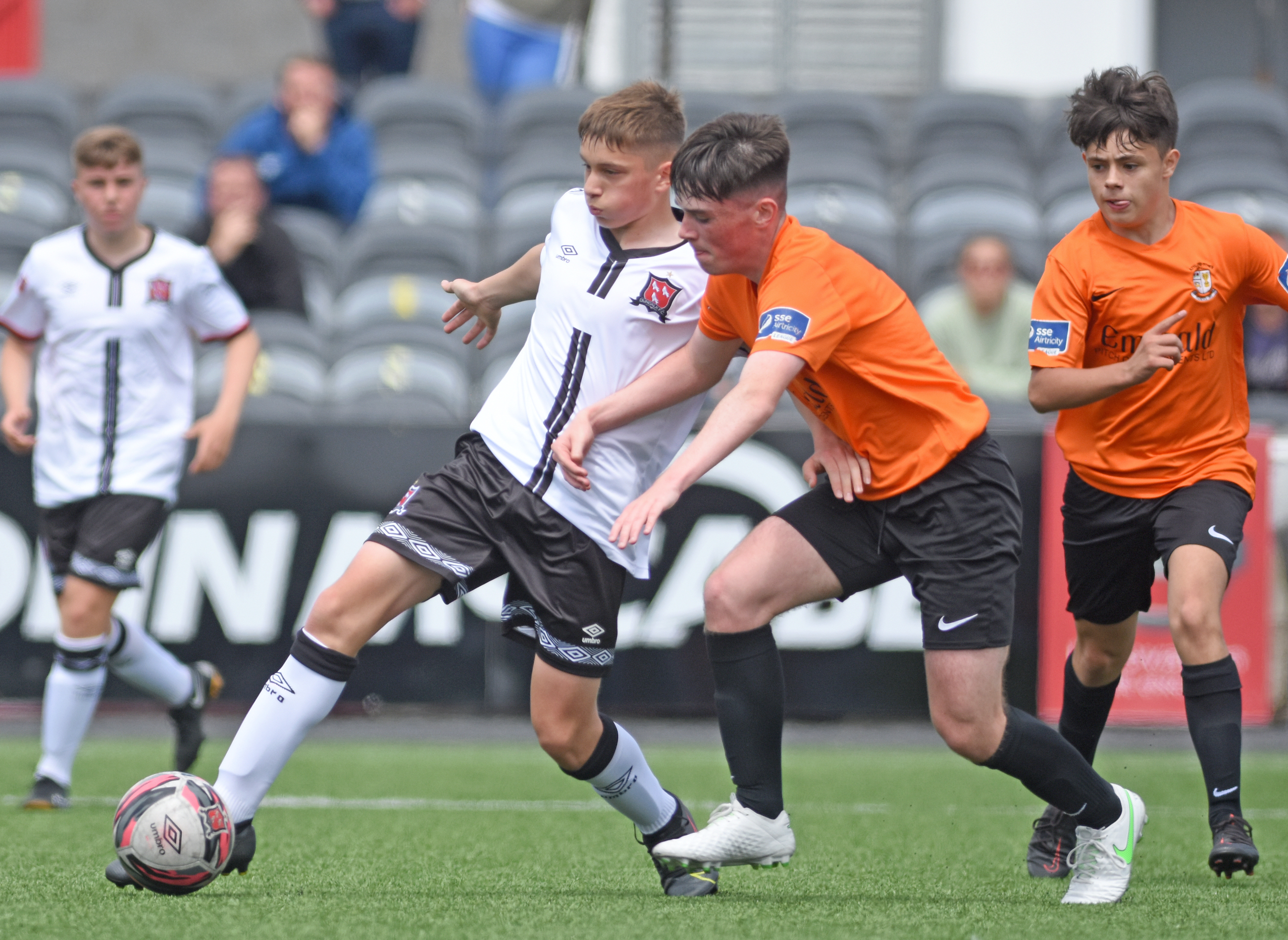 “Credit to Athlone, they’re a very good side with good players. There were two very good finishes, one excellent header and another quality one on one finish. We just have to get back at it now. We’ll have a good week of training now to give us the best chance possible going down to Bishopsgate on Sunday against Longford.” 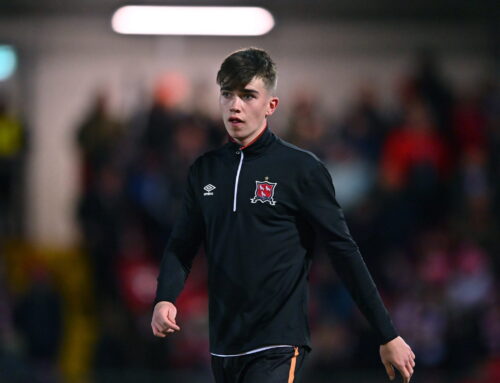 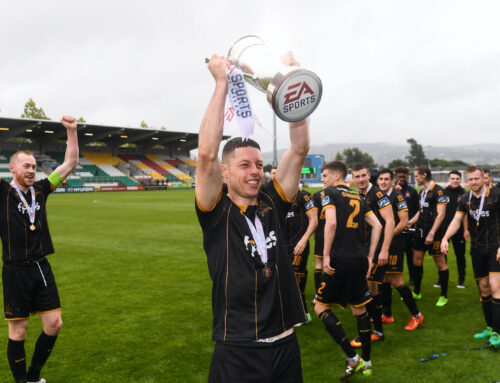 GRIMES RETURNS AS U14 ACADEMY MANAGER 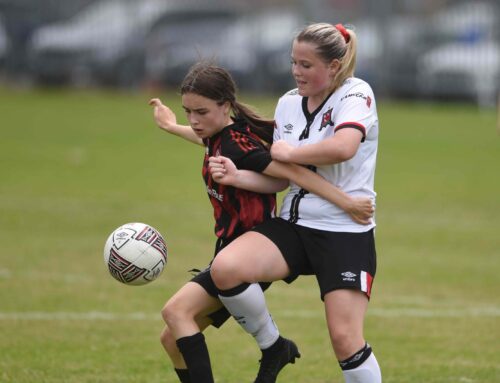