Dundalk FC is delighted to announce the signing of Dan Williams on a season-long loan deal from Swansea City.

A graduate of the Swans’ academy, the 20-year-old midfielder made his first-team debut for the club in an EFL Cup tie against Reading in August 2021 and followed that up with a goal and an assist in their 4-1 win over Plymouth Argyle in the following round.

After making his debut against Belgium in November 2020, Dan has gone on to win six caps at U21 level for Wales and scored in their 7-0 win over Gibraltar last November.

Williams put pen-to-paper on a new deal with Swansea earlier this week and he believes the League of Ireland is the perfect environment for him to continue his development as a player.

“I had a chat with the gaffer, Russell Martin, at Swansea,” he told dundalkfc.com. “I played a couple of cup games at the start of the season and he said the next step for me was to go out and get some first-team football. When I mentioned the possibility of the League of Ireland, he was happy with that.

“Now that I’m here, I just want to play as much as possible. Playing in the U23 league in the UK has its benefits when you’re 18 or 19 but at my age now I just want to get out and play in front of fans and improve as an individual.”

Williams is coming to a league he is already familiar with. His best friend at Swansea City, Cameron Evans, spent last season on loan at Waterford FC while another Swans teammate, Lewis Webb, will spend the 2022 campaign on loan at Shelbourne.

While that knowledge opened the door for a move to Dundalk, Williams revealed that it was a conversation with Lilywhites head coach Stephen O’Donnell that sealed the deal.

“I spoke to Stephen and when I got off the phone I told my parents everything that he said to me. The next day, I asked them what they thought and they told me I should go to Dundalk because of my reaction after that phone call. 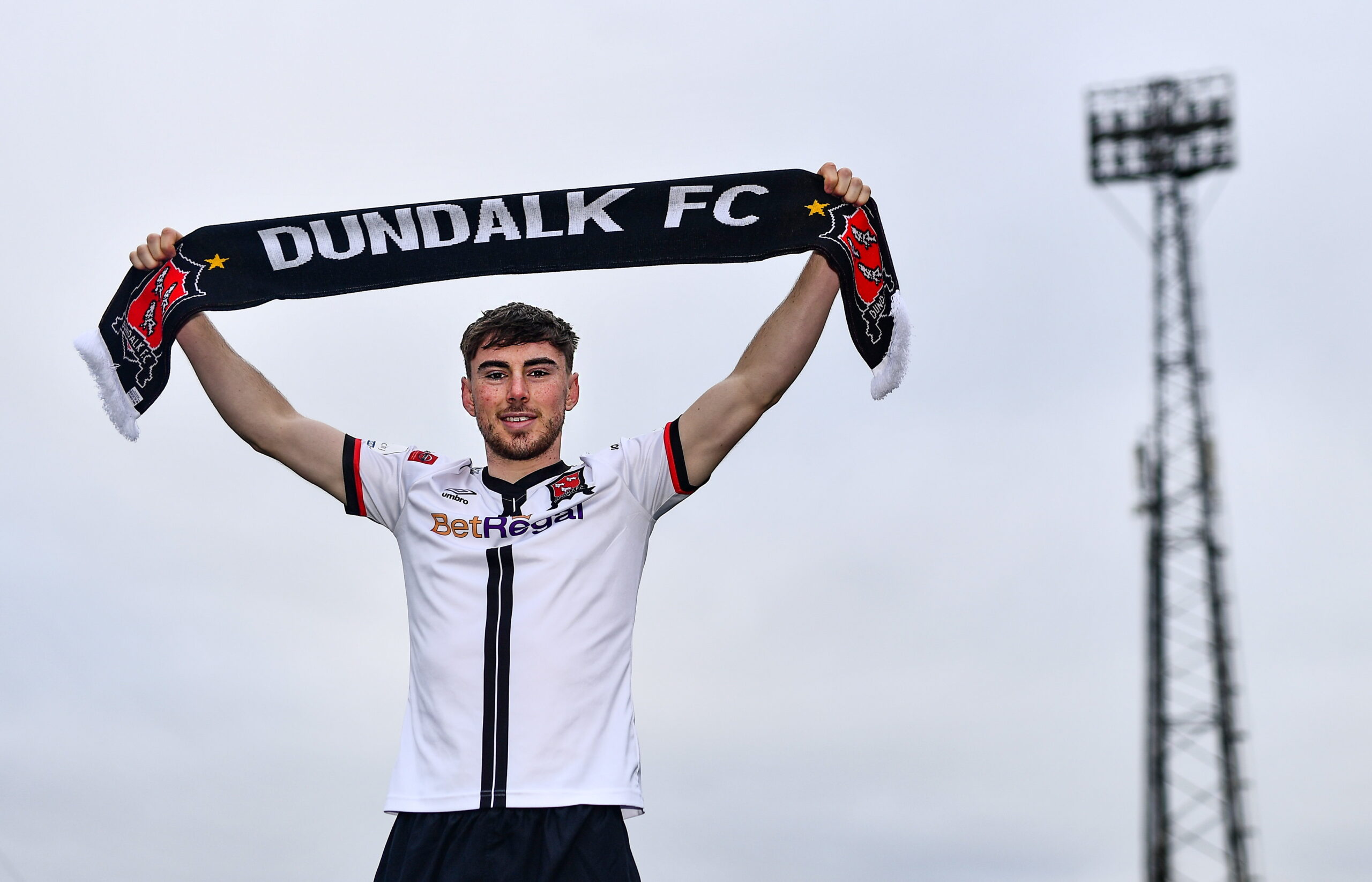 “They could see that I was buzzing. I went to sleep that night really happy with the conversation and what Stephen’s plans were for the season ahead.

“He told me he played in a similar position to me, as a six, and he wants me to do the same things as he did, get on the ball and start play. He didn’t tell me how good he was, though, so I’ll have to watch the videos and people will have to fill me in on that!”

Williams will link up with his fellow Welsh U21 teammates Nathan Shepperd and Joe Adams at Oriel Park and he said their presence would be a major benefit in helping him settle to life in a new country.

“We’re not just teammates with Wales, we’re also good friends,” he said. “I saw Nathan over Christmas and I keep in contact with Joe a lot so I’m lucky that they are here.

“It’s my first loan and it’s always a bit daunting coming to a new club but the lads have made it so easy for me to settle in. Obviously, it helps that I knew two of them but all of the boys have been very welcoming and it’s an easy group to fit into.”

“We’re delighted to get Dan on board for the season ahead,” said Dundalk FC head coach Stephen O’Donnell. “He has only recently signed a new contract with Swansea which shows how much potential they can see in him.

“He is another Welsh U21 international and has already played in the League Cup for Swansea this season and he was on the bench for their recent FAI Cup tie with Southampton so we are all looking forward to working with him and helping him develop.

“I think our fans will really take to him,” he added. “He is an excellent footballer, really comfortable in possession and has a really good range of passing. He fits exactly into the style that we want to play at Dundalk.”