Dundalk and Bohemians played out a thrilling 1-1 draw on Friday evening at Dalymount Park with late drama in the SSE Airtricity League Premier Division.

Sami Ben Amar’s first goal for Dundalk looked like it had given his side all three points however a late penalty from former Lilywhite Georgie Kelly shared the spoils.

Vinny Perth made one change from the side which defeated Shamrock Rovers last week as Sami Ben Amar came into the starting lineup for the suspended Cameron Dummigan.

Dundalk began the stronger with Michael Duffy testing James Talbot in the opening minutes with a low shot before Tyreke Wilson’s free-kick was knocked into the wall.

Georgie Kelly should have given Bohemians the lead when he had a free header in the six yard area however he headed it into the ground and it went over the bar.

The Lilywhites took the lead in the 28th minute when Hoban and Talbot challenged for the ball however it broke free to Sami Ben Amar and he showed superb technique to lift the ball into the empty net from just inside the area.

Wilson almost equalised but his free-kick was well held by Cherrie in goal. 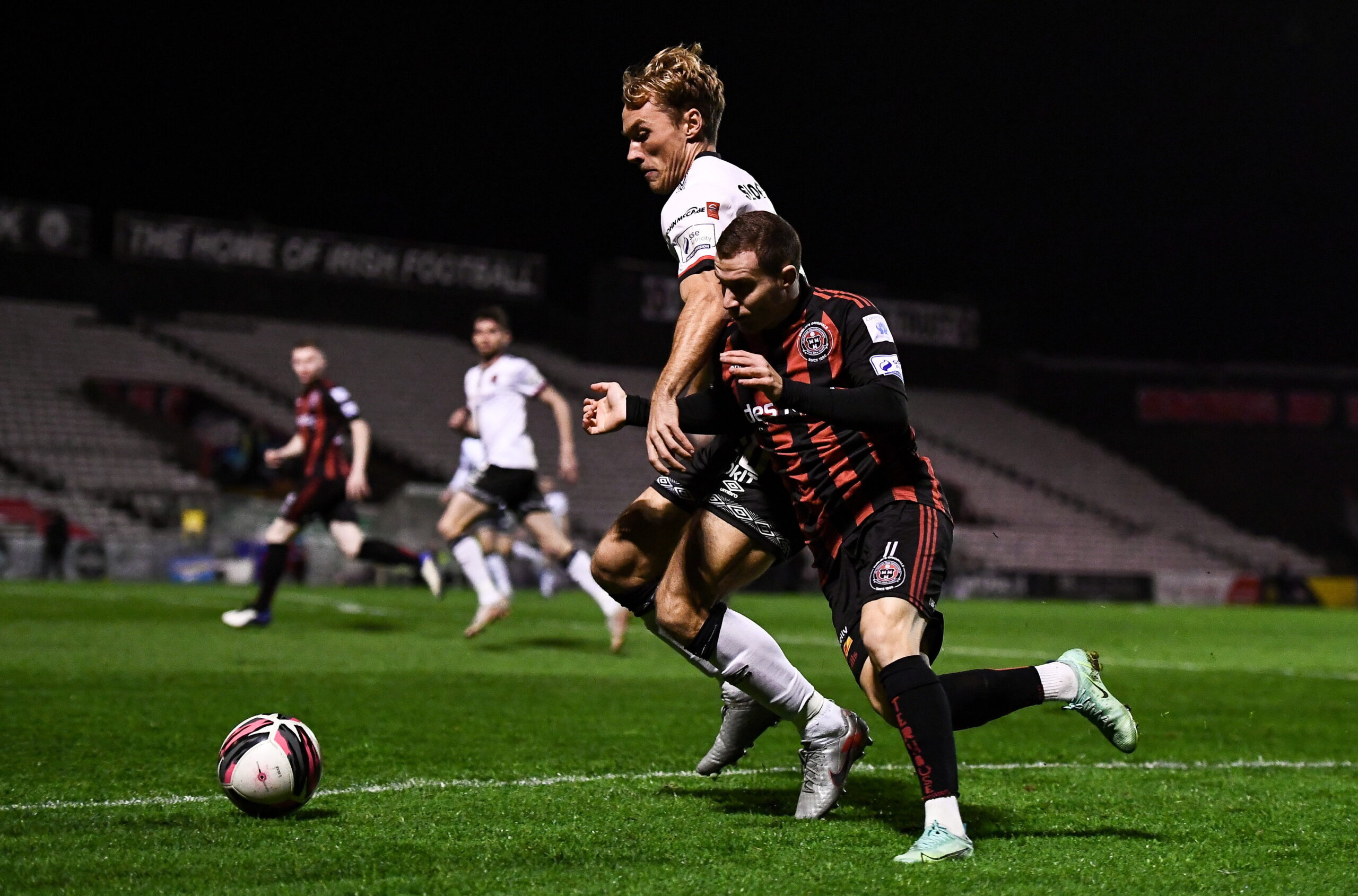 Ben Amar then preserved the lead that he gave his side when he cut out Ross Tierney’s cross on the line with Liam Burt ready to finish.

Duffy had a free-kick from 30 yards go goalwards but it hit his own man Hoban when it looked destined for the net and the ball went away to safety.

Wilson had another effort on the stroke of half-time to level it up for Bohemians however he fired over the bar.

Tierney had a chance to equalise with the first attack of the second half after a neat layoff from Georgie Kelly but he scuffed his shot when central to goal and the chance went a begging.

Wilson again had an effort from distance but once again it went well wide while Tierney then thrashed at a shot but he also fired well off target. 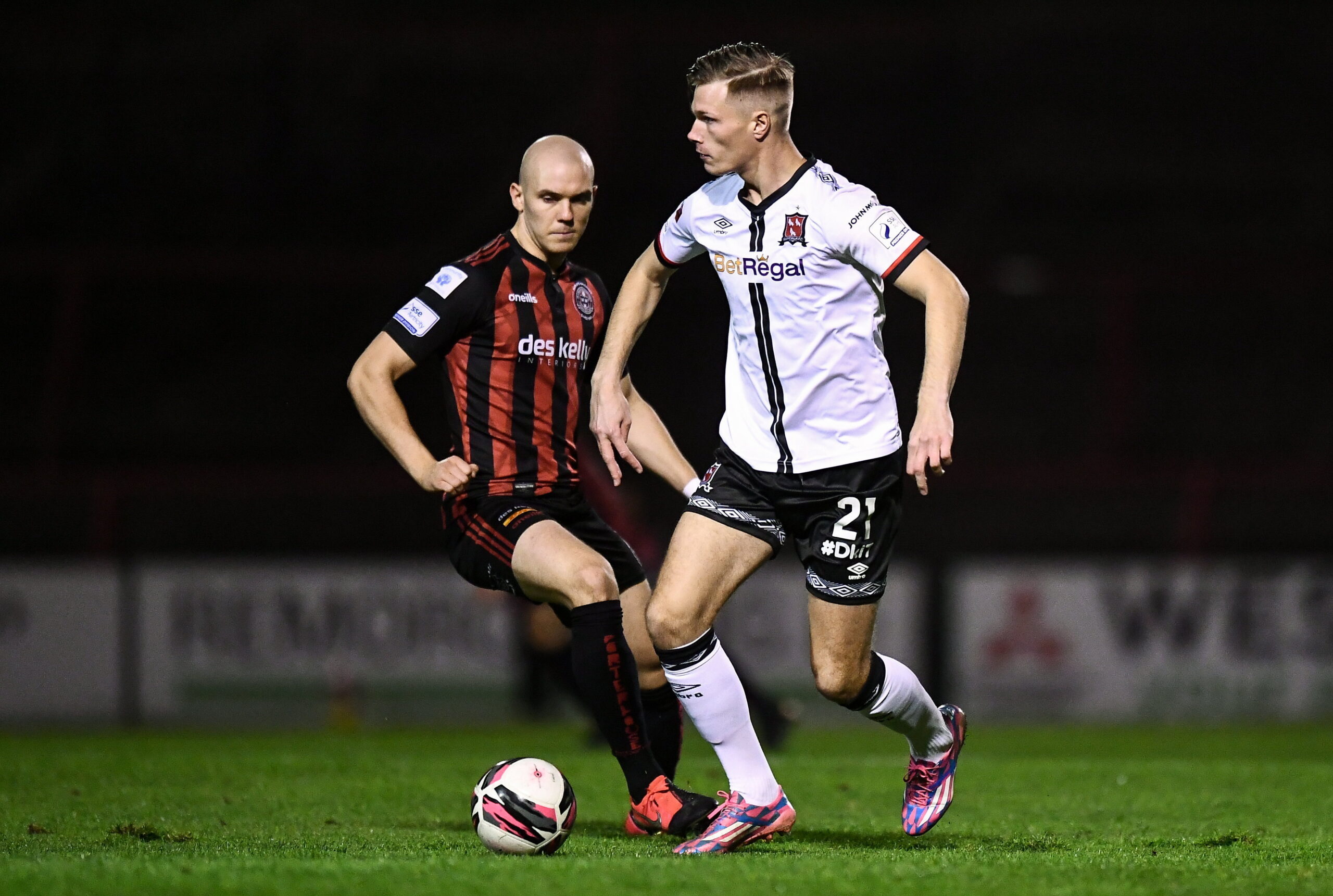 It should have been 2-0 when Greg Sloggett got on the end of Duffy’s corner but it was straight at Talbot.

Sloggett was involved again on the hour mark when his pass forward was laid off by David McMillan into the path of Sean Murray but he lifted it over the bar when through on goal.

Omochere’s header was cushioned brilliantly to Kelly however he couldn’t get enough on it and the ball was safely into the arms of Cherrie.

Kelly then gave it to Omochere on the edge of the area but his powerful shot was expertly tipped around the post by Cherrie.

From the corner, Cherrie was to the rescue once more when he saved Wilson’s shot and the follow up chance went out of play for a goal kick.

Again, it should have been 2-0 to Dundalk with 20 minutes left on the watch. 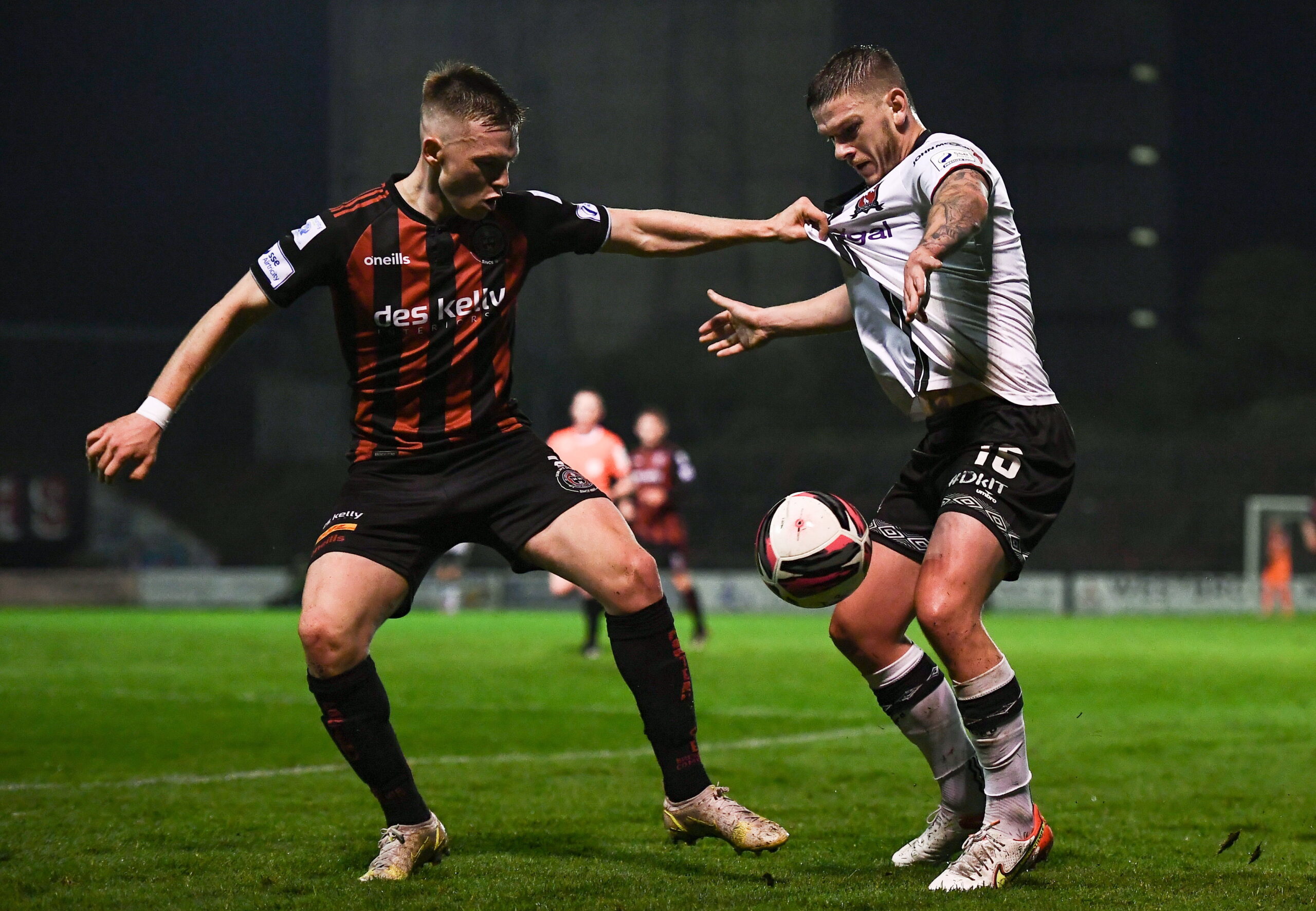 Will Patching had a shot which was poorly dealt with by Talbot, who pushed it into the path of McMillan and from point blank range he blasted over the bar with the goal at his mercy.

Substitute Jamie Mullins produced a clever cross to Kelly but his shot was weak and easy for Cherrie.

Keith Buckley had a shot parried by Cherrie to Kelly and he missed it from point blank range when really he should have made it 1-1.

Bohemians were given the perfect opportunity to level things in the final minute when they were awarded a penalty after Ali Coote went down in the area.

Initially Damien MacGraith concluded that it was a free-kick to Dundalk however he was overruled by his linesman and he pointed to the spot.

Kelly stepped up and despite Cherrie’s best efforts, he found the net.