Dundalk FC is delighted to announce the signing of Mark Connolly on a six-month loan deal from Dundee United.

The 30-year-old centre-back – who will wear the number five shirt – is in line to make his debut for the club in Tuesday night’s friendly against Cobh Ramblers and, speaking to dundalkfc.com, the Clones native said he was thrilled to be back home after almost 15 years in the UK.

“I’m really excited and really buzzing to be here,” he said. “It’s been a long time coming and it hasn’t been a great secret but it’s something I really wanted and I’m delighted it’s done.

“It was a huge decision for me to come home. It’s been almost 15 years since I went to England as a teenager and it’s a decision I didn’t take lightly.

“Unfortunately, last year my father passed away and I wanted to be closer to my family but, as well as that, I believe I’m coming home to the right club.

“When I moved away, I always kept an eye on Dundalk. To me, it’s a club that has put League of Ireland football on the map with their results in the Europa League group stages.

“I wanted to be part of something exciting and I think that’s the case here. There’s a fresh slate, there are new faces and Stephen O’Donnell is trying to build a togetherness at the club. It’s the start of a new era and I really can’t wait to get going now.”

Connolly has close links to Dundalk. As a teenager, he was part of the Dundalk Schoolboys League team that played in the Milk Cup and at tournaments abroad, lining out with former Lilywhites like Marc Griffin, Johnny Breen and Philip Duffy.

“It was the Dundalk Schoolboys League that got me to England,” he said. “I got scouted playing for them and that connection is always something that’s been at the back of my mind. I remember bag packing in my Dundalk gear to get the money to go to these tournaments!

“When you go to England and Scotland, sometimes you do forget about things like that but the older you get, you do look back at days like that. They were amazing days with amazing people and I’m looking forward to seeing those people again when the season gets underway.” 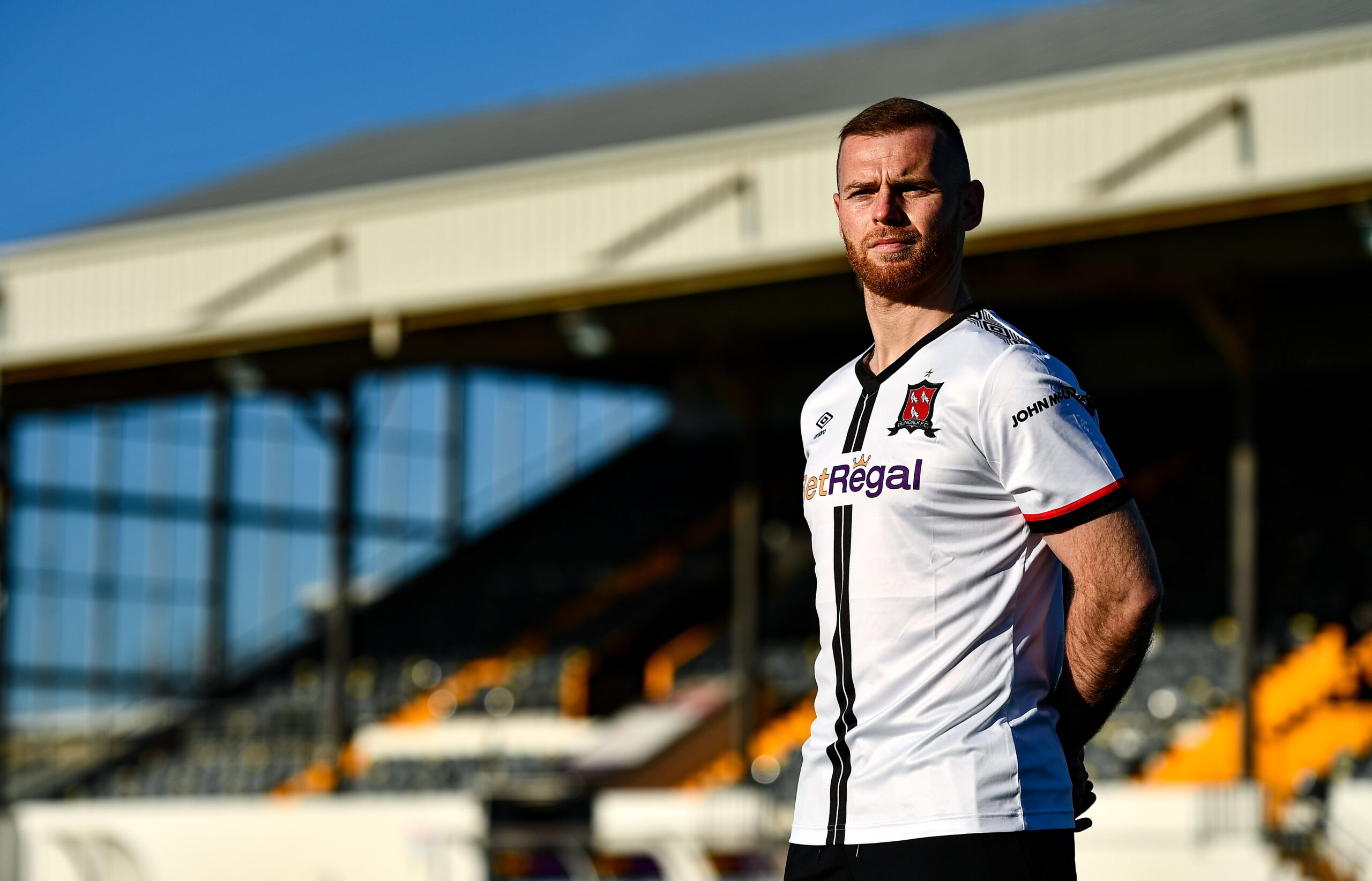 His performances for the representative team earned him a move to Wolves as a 16-year-old in the summer of 2007 and after two years in the youth ranks at Molineux, he sealed a £1 million transfer to Bolton Wanderers in July 2009.

Despite finding himself on the periphery of things at the Premier League club, Connolly was a regular in the Republic of Ireland U21 squad, winning the last of his six caps against Liechtenstein in November 2011 where he played alongside former Dundalk midfielders, Richie Towell and Conor Clifford.

Loan spells at St Johnstone and Macclesfield saw him pick up some game time and after leaving Bolton in the summer of 2012, he went on to spend two seasons at Crawley Town, making 57 appearances for the club in League Two.

Connolly moved north of the border in July 2014 and was a regular in the Scottish Premiership with Kilmarnock for two seasons before he returned to Crawley for another two-and-a-half-year stint that saw him make over 100 league appearances for the club in League Two.

Dundee United was his next port of call and after helping the Tangerines to the Scottish Championship title in 2019/2020 he made 25 appearances for the club in the top-flight before a knee injury ended his campaign in May 2021.

A loan deal at Dunfermline helped him to regain full fitness and he made the last of 14 appearances for the Pars in their 1-0 win over Hamilton Academical on Saturday.

“It’s been in the offing for the past couple of weeks so we’re delighted to finally get Mark’s deal done and dusted,” said Lilywhites head coach Stephen O’Donnell.

“We are getting a very good footballing centre-back and he is also a great communicator. He leads by example and he has great experience from playing at a good level in England and Scotland.

“He’s coming off the back of a very good loan spell at Dunfermline where he was excellent and he has banged out plenty of 90-minute games over the past couple of months and, without a doubt, he will add lots of quality to our squad.”