CONNOLLY NAMED PLAYER OF THE MONTH

CONNOLLY NAMED PLAYER OF THE MONTH

The 30-year-old centre-back, who is currently on loan from Dundee United, has been an integral part of a Dundalk team that sits in second place in the league table and a back four that has conceded just 15 goals in 22 games.

Connolly saw off competition from Shamrock Rovers’ Rory Gaffney, who finished second, and third-placed David Harrington from Cork City, to win the trophy.

It’s the 53rd time that a Dundalk player has been named as the league’s Player of the Month, a record, and the third time a Lilywhites player has picked up the gong this season following Steven Bradley’s win in February and Daniel Kelly’s in May.

“I’m absolutely delighted,” said Connolly. “To get recognised that you’re doing something right from outside is always nice to hear.

“When I heard about it I told my mother, and she was buzzing! Any award in life or football is brilliant. Getting it from outside, from people watching, is always a nice touch. 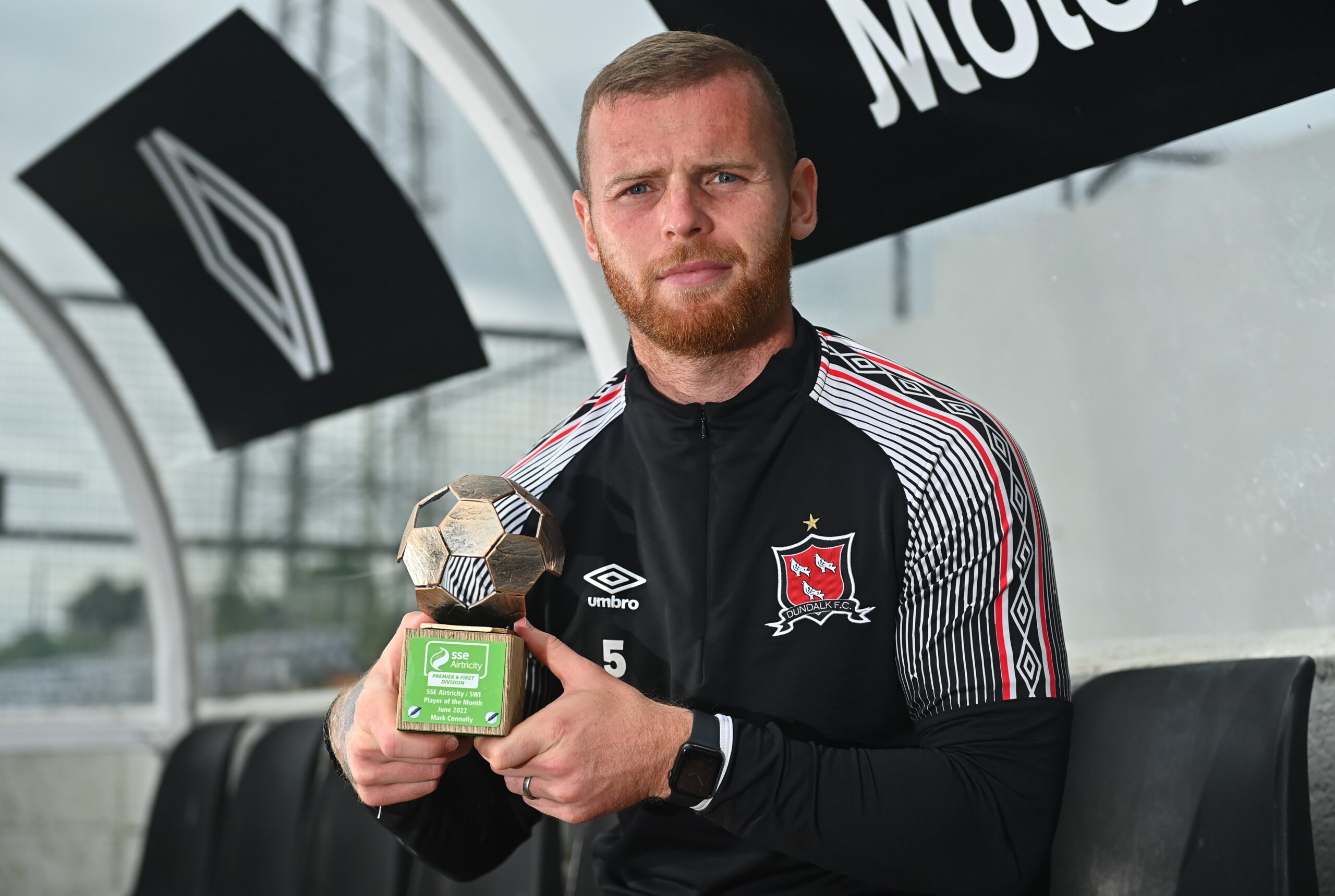 Mark Connolly receives the SSE Airtricity / SWI Player of the Month for June 2022 at Oriel Park. Photo by Ben McShane/Sportsfile

Connolly has become a big hit with the Dundalk fans since he arrived from Scotland at the beginning of the season and he said he was hopeful of extending his stay at Oriel Park.

“Talks are currently ongoing, and they have been for quite a bit now between myself, Dundalk and Dundee United,” he said. “Nothing is concrete on what’s happening, the clubs are still talking, and that’s where it’s at.

“I’ve been really, really happy since I came back. From playing with the Dundalk Schoolboys League growing up, this is somewhere I’ve always kept an eye on since I moved to England and then Scotland.

“Coming back I’ve been treated fantastically by the staff, the manager and all of his staff, the players have been brilliant with me, and the fans have been top class.

“I have enjoyed my time so far and, hopefully, I’ll see what’s going to happen in the coming days, and see where I go from there.”