John Martin came off the bench to score a late winner as Dundalk made it three straight home wins on the bounce with a 2-1 victory over Shelbourne at Oriel Park.

Patrick Hoban put the Lilywhites in front early in the second half before Shane Farrell equalised from the penalty spot.

Martin, however, settled it with his first goal for the club when his sublime header – from an equally sublime Keith Ward delivery – sent Oriel into raptures with just five minutes remaining.

The first half was bereft of action and quality with neither side able to retain possession of the ball.

Steven Bradley had Dundalk’s best chances with a free-kick which just went wide and a snap volley on the edge of the area but Brendan Clarke was equal to it. 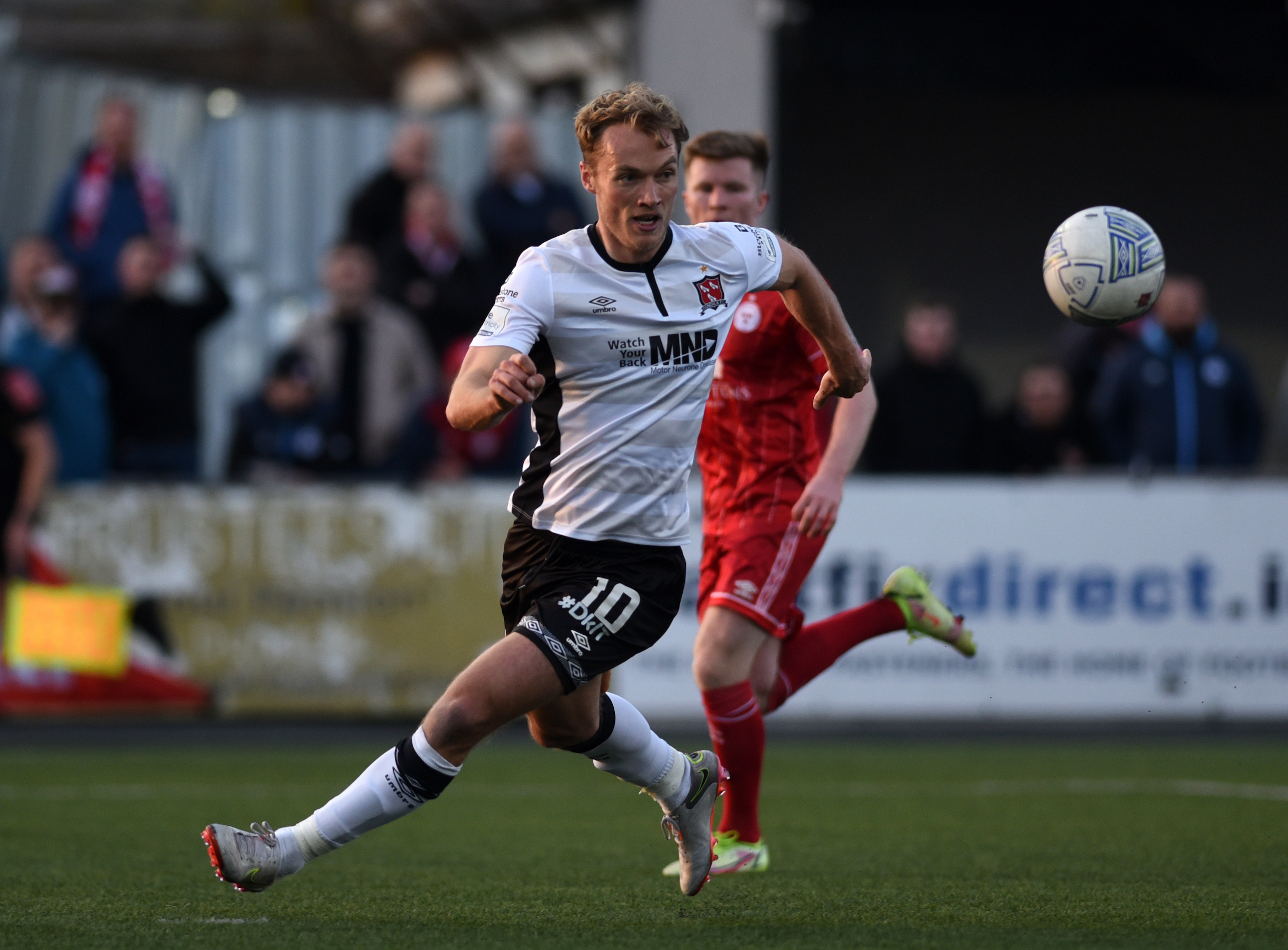 Greg Sloggett got in behind from a Paul Doyle pass but he couldn’t get his shot away from just inside the area.

Jack Moylan got in behind the Lilywhites defence just before half-time but his goalbound effort was well blocked by Darragh Leahy.

There was late drama in the half with Shane Griffin shown a second yellow and then a red. Also his manager, Damien Duff, was dismissed for protesting.

Hoban had the first chance of the second half when his header came crashing off the bar after a good Steven Bradley cross.

Bradley would see red in the 56th minute though when referee Paul McLaughlin gave him his marching orders after a coming together with Shane Farrell.

Dundalk would take the lead though in the 64th minute when Paul Doyle’s outstanding cross was met by Kelly at the back post and he finished past Clarke. 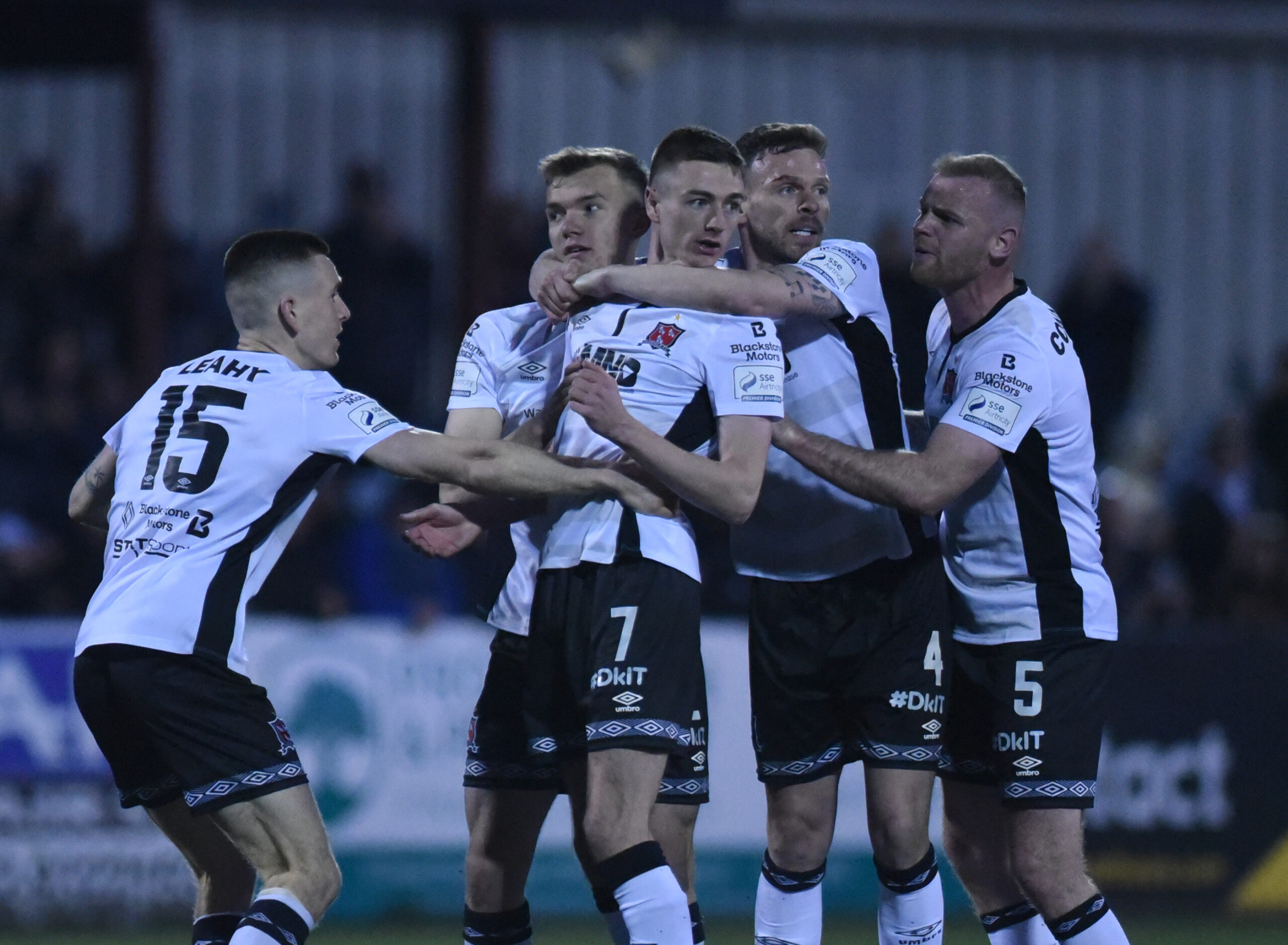 Shels would equalise when Kelly was adjudged to have fouled JR Wilson in the box. Farrell scored from the spot.

Dundalk would retake the lead though almost immediately when substitute John Martin rose to head Keith Ward’s excellent cross to the net past Clarke.

That proved to be the final action of note as Dundalk took all three points.