Dundalk made it four home wins in a row with an impressive display in the 169th competitive Louth Derby against Drogheda United at Oriel Park.

Stephen O’Donnell made one change for the 99th league meeting between the sides with Keith Ward coming in for the suspended Steven Bradley.

A goal in each half from Darragh Leahy was added to by a Patrick Hoban penalty and a late John Martin finish saw O’Donnell’s troops seal the bragging rights and a well earned victory.

It was a quiet opening to the match with neither side able to gain control of things.

Patrick Hoban had two headers – the first forcing Sam Long into an easy save down to his right and the second going over the bar from Joe Adams excellent cross on the right hand side.

There was little defending for the Lilywhites to do with the odd ball into the box dealt comfortably with by Lewis Macari and Mark Connolly on occasion. 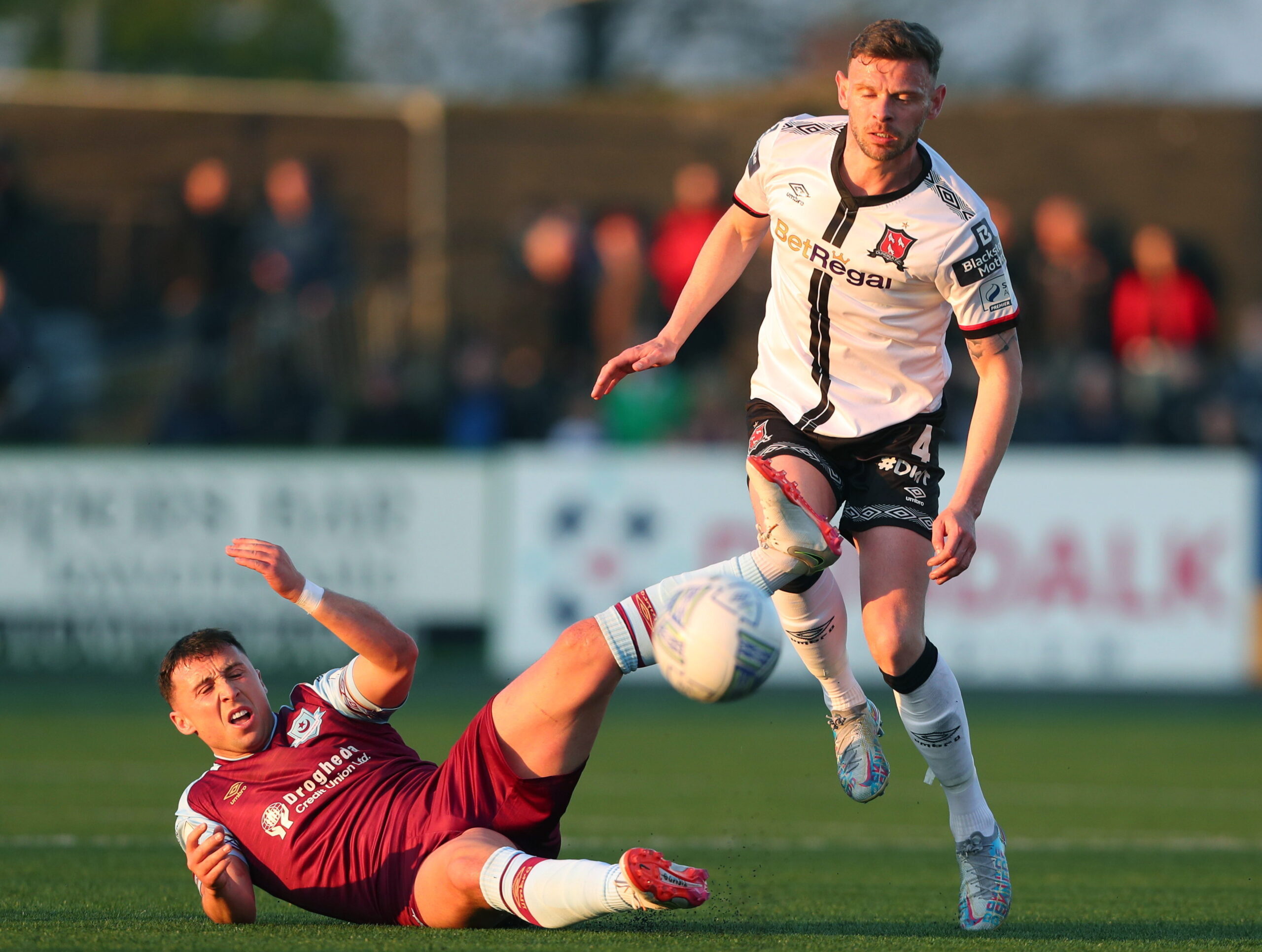 Andy Boyle gets away from Chris Lyons. Photo by Michael P Ryan/Sportsfile

Dundalk would deservedly take the lead five minutes before the break when Keith Ward’s free-kick from 30 yards beat goalkeeper Long but came off the crossbar.

Darragh Leahy reacted quickest and his clever header found its way to the empty net to make it 1-0.

Dundalk began the second half on the front foot with Ward capitalising on a mistake to go through on goal but he put it wide when one on one with Long.

It would be 2-0 though moments later when Greg Sloggett and Lewis Macari combined with the latter crossing to Leahy who grabbed his second from close range.

Ward would be instrumental in the third goal just before the hour mark when his attempted cut inside was handled on the ground by Keith Cowan and referee Sean Grant pointed to the spot.

Hoban stepped up and sent Long the wrong way to expertly dispatch the penalty. 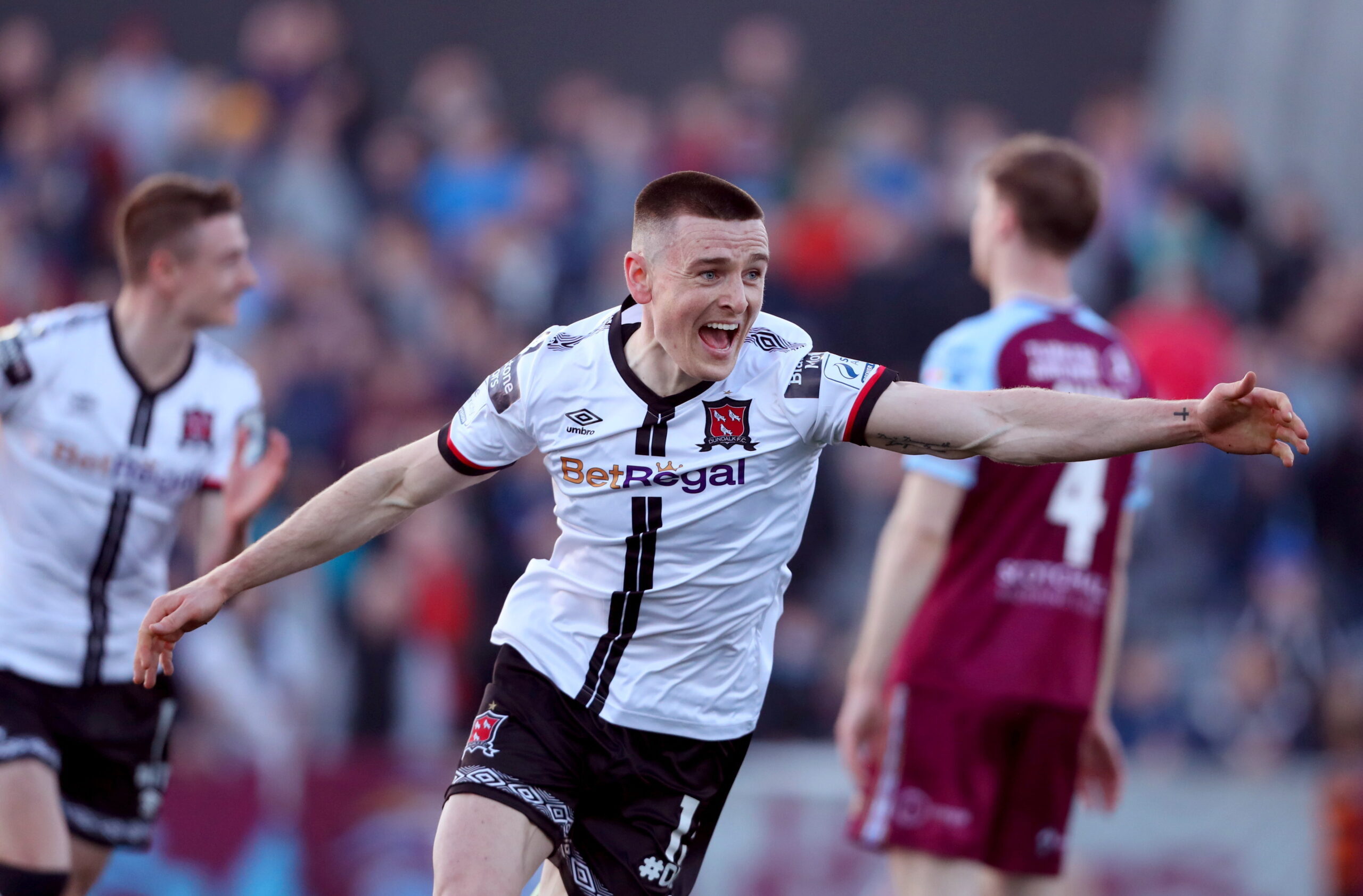 Ward was pulling the strings again and his clever crossfield ball to Kelly was met on the volley but Long produced a good save to keep him out.

Nathan Shepperd, who had hardly anything to do all night, was called into action with 15 minutes to go when he had to be on hand to keep out Andrew Quinn from point blank range.

Ryan Brennan grabbed a late consolation for the visitors when he finished past Shepperd from 10 yards giving the goalkeeper no chance.

John Martin made it 4-1 in injury-time though with a superbly composed finish after Joe Adams found him in behind.

And so it finished with Dundalk the victors and move into third spot.