Dundalk made it back-to-back wins in the league for the first time since June as they defeated Bohemians 2-1 in a thrilling match at Oriel Park on Monday evening.

Sam Stanton scored his first goal in a Dundalk jersey in the first half and Patrick Hoban’s piledriver in the second period, for his sixth in five matches put the Lilywhites 2-0 up. Tyreke Wilson made it 2-1 with 20 minutes left however despite their late rally Dundalk held out for the win.

After recording their first win in eight league matches on Friday night, Lilywhites boss Vinny Perth made three changes to the side which defeated Sligo Rovers. Andy Boyle, Sam Michael Duffy and Sam Stanton all returned to the starting XI in place of Raivis Jurkovskis, Han Jeongwoo and the suspended Will Patching.

Dundalk were first with the chances when Darragh Leahy ventured forward from left full back to pick the ball up 30 yards from goal but his goalbound drive never threatened James Talbot despite being well struck.

Bohemians responded through Keith Buckley, who fired from similar distance forcing Peter Cherrie into a smart save. 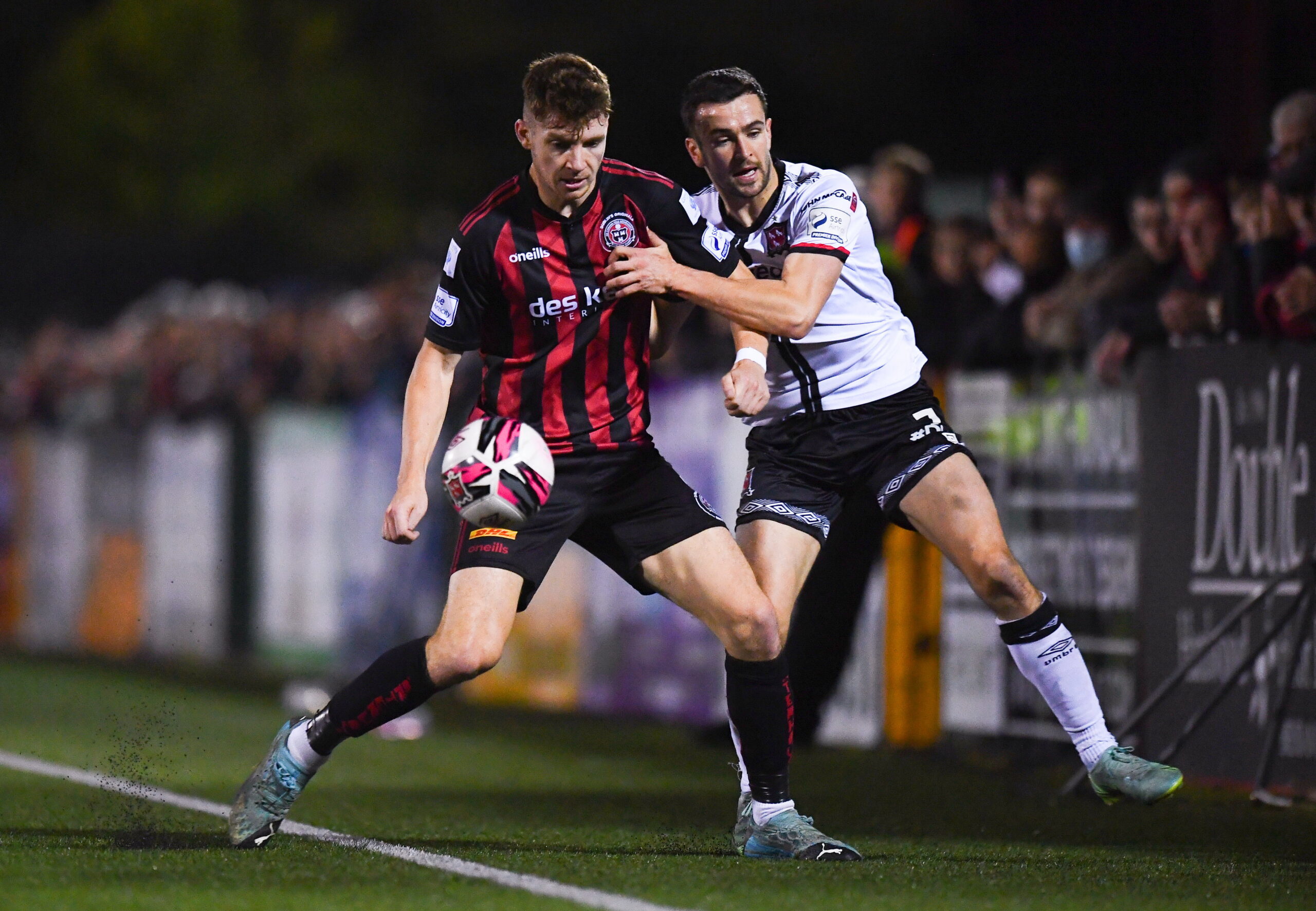 Sean Murray almost gave the hosts the lead with a wonderful header from Leahy’s expert cross however it came crashing off the post and cleared to safety.

Bohemians did have the majority of possession however failed to create anything worthy of a chance.

Duffy on the break forced a good save from Talbot while the number 7 was through on goal 10 minutes before the break and had his effort saved by the goalkeeper again however he was ruled to have been in an offside position.

Dundalk did get the goal that they deserved when Duffy laid it off to Sam Stanton, who took a sublime first touch to create himself space, and his piledriver was far too strong for Talbot and hit the roof of the net right on the stroke of half-time.

Bohemians made a double half-time substitution with a view to getting into the match and it did not have the immediate impact that they desired. 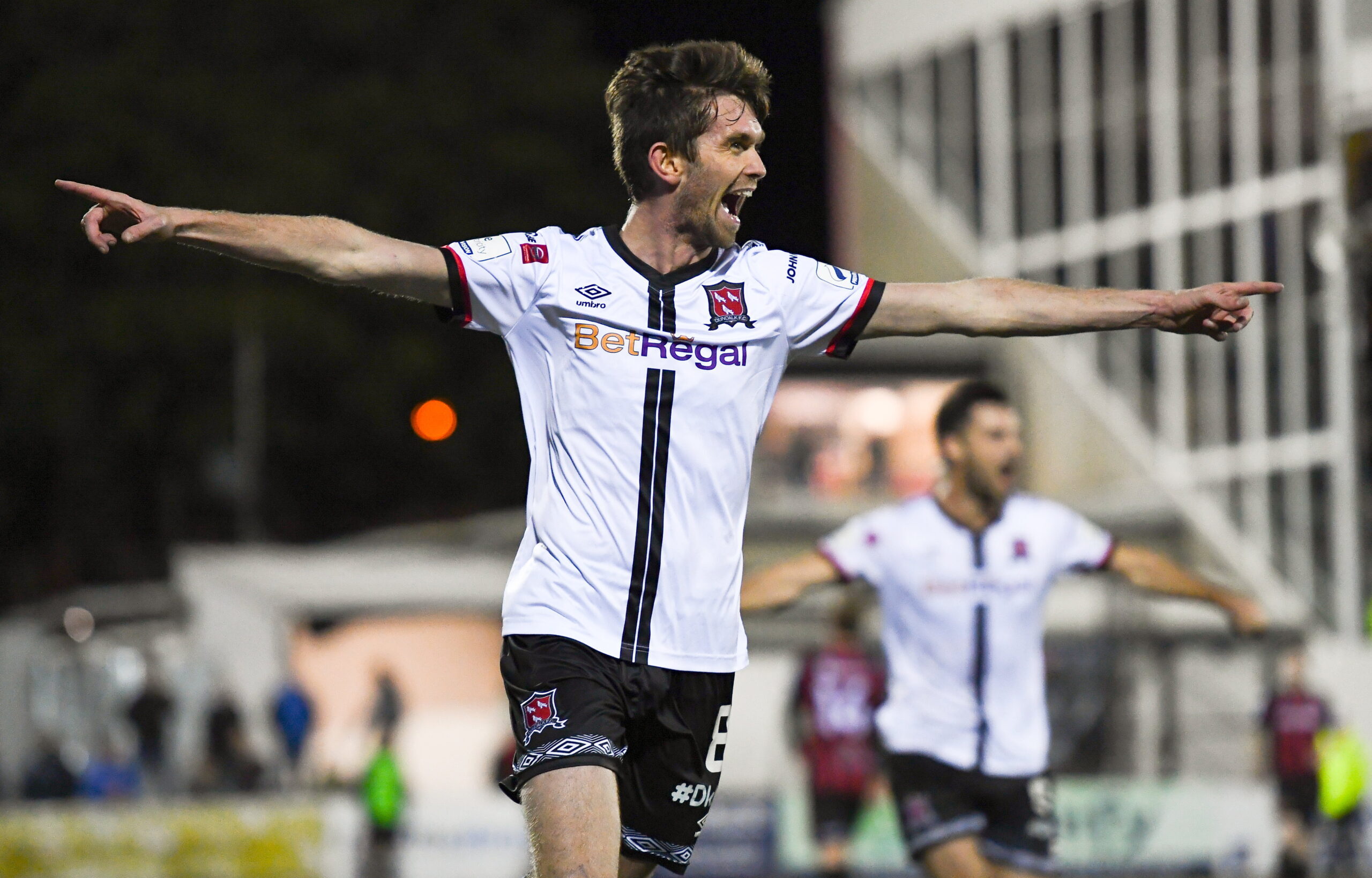 Neither side created anything in the opening stages of the second period with misplaced passes the theme.

Bohemians had two quickfire efforts both from Dawson Devoy from distance and both missed the target.

Dundalk were dangerous on the break and looked like they had doubled their advantage when Duffy’s neat pass to Stanton found him in the box on his left foot but his effort was tipped around the post by Talbot.

From the corner though it would be 2-0.

The ball broke to Hoban and his sweet volley, after taking it down on his chest, was right into the bottom left hand corner giving the goalkeeper no chance. 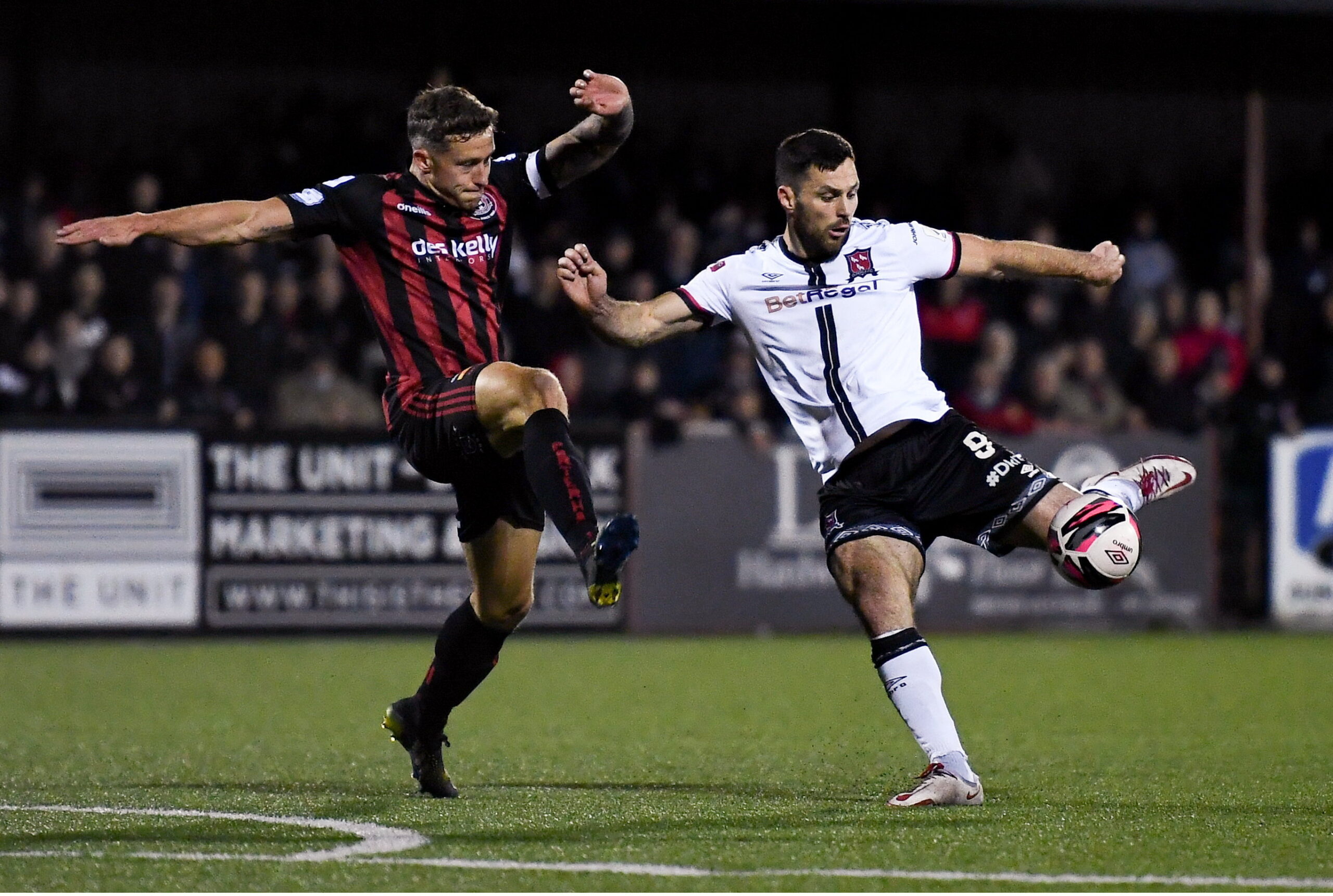 It should have been 2-1 though moments later when Liam Burt broke free down the left and squared for former Lilywhite Georgie Kelly however he scooped the ball over the bar from 6 yards with the goal at his mercy.

But for Talbot though it would have been 3-0 when he denied Hoban his second by superbly tipping his header on to the post and the follow up by Murray was somehow kept out by the net minder.

Bohemians would pull one back with 20 minutes left on the clock when Tyreke Wilson tried his luck from distance and it went beneath Cherrie to the net.

It was almost 2-2 moments later but Cherrie got down well to deny Ross Tierney’s header at the back post and Leahy cleared to safety.

It should have been 3-1 with 5 minutes left when Duffy and Hoban combined however the latter’s powerful effort was just wide of the right hand post.

After five minutes of stoppage time, which felt like an eternity, referee Neil Doyle blew the full-time whistle to secure all three points and move up to 8th in the table.