Dundalk made it into their seventh consecutive extra.ie FAI Cup semi-final after a 3-1 win in extra-time against Finn Harps on Tuesday night.

Sean Boyd continued where he left off on Friday and gave Harps the lead however Sean Murray equalised before half-time to leave the sides level after 90 also. Patrick Hoban netted a penalty and Michael Duffy scored a scorching free-kick to see the Lilywhites through the quarter-final replay in style.

Vinny Perth made three changes to the side that drew 3-3 in Ballybofey four nights earlier with Darragh Leahy, Sami Ben Amar and Mayowa Animasahun coming in for the absent Daniel Cleary, Andy Boyle and Sam Stanton. For Animasahun, it was a full debut for the club.

With Han Jeongwoo suspended, and a host of other players on the injured list, Perth turned to the club’s U19 squad with youngsters Jack Kavanagh, Enda Douglas, Michael Keyes and Jeff Nwodo all named amongst the substitutes.

Harps took an early lead when a floated ball over the top from Ryan Rainey was brilliantly controlled by Sean Boyd and he smashed it to the corner giving Peter Cherrie no chance.

The Lilywhites didn’t respond much after that and it was the visitors who had the next opportunity with Boyd again forcing a good save from Cherrie through a free-kick from distance. 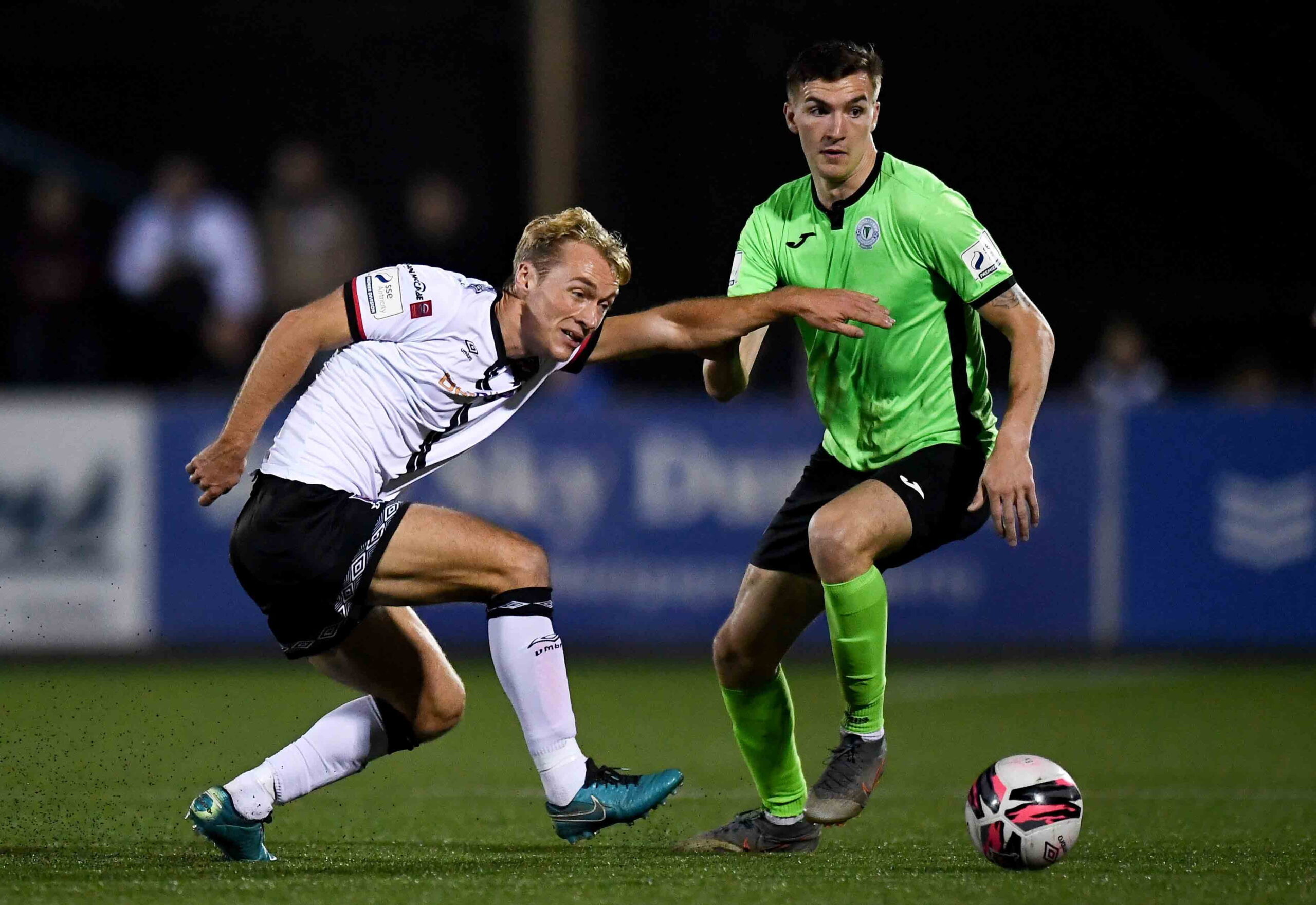 Greg Sloggett gets away from Sean Boyd. Photo by Ben McShane/Sportsfile

Sami Ben Amar got into a clever position, with Patrick Hoban in space, he opted to shoot but his half volley went inches wide of the post.

Barry McNamee’s shot was well gathered by Cherrie at the second attempt while Patrick Hoban had a free header go over the bar when he was picked out by Sean Murray from a corner.

It should have been 2-0 when Tunde Owolabi found himself clear on goal but he fired over when he took himself too wide.

The Lilywhites did get the equaliser five minutes before half-time when Hoban’s acrobatic overhead kick was a cross to Murray and he guided the ball to the net from 12 yards. 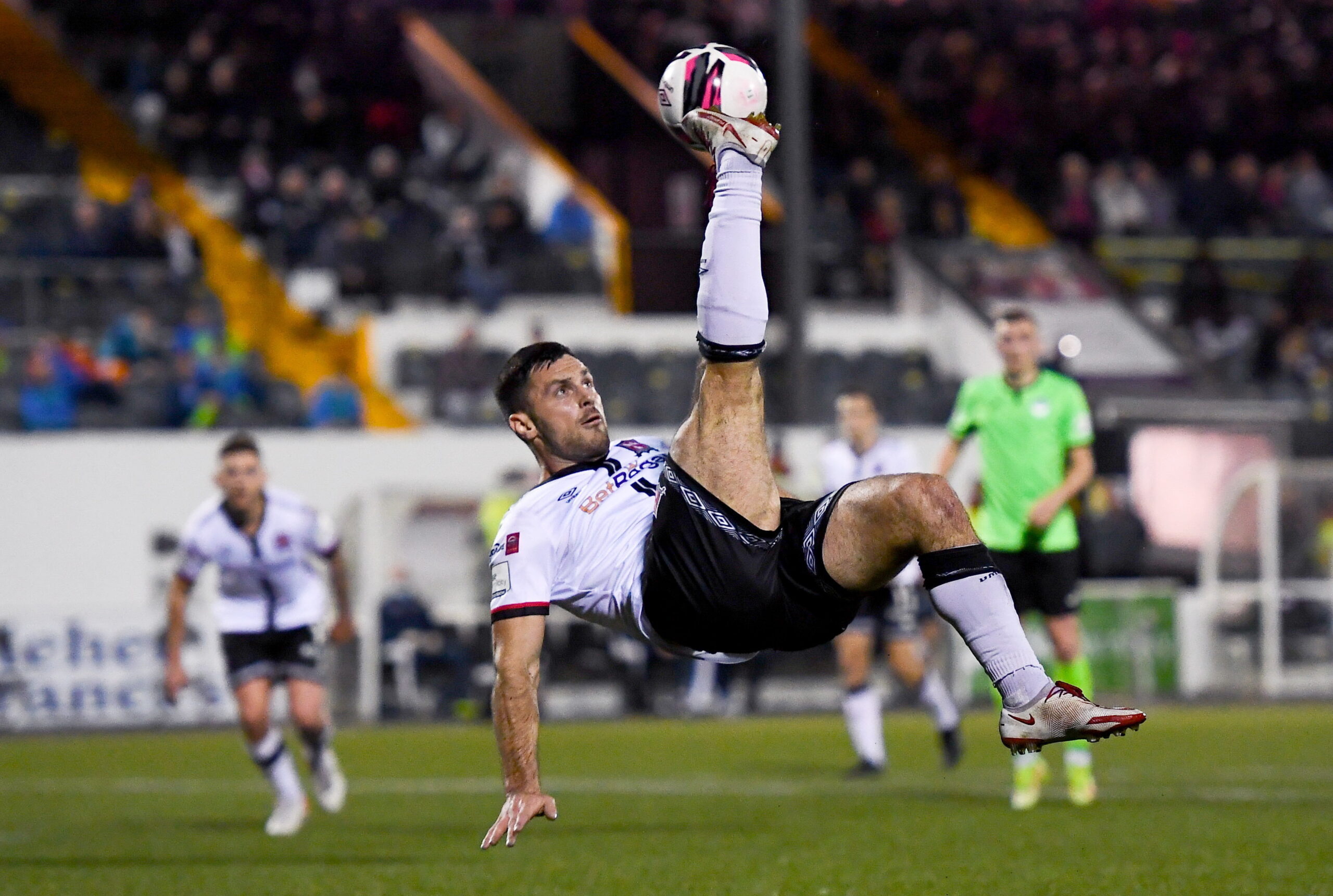 The opening exchanges were scrappy with neither side able to retain possession.

Duffy had a half chance which forced a corner after he two shots blocked from point blank range while at the other end they had the goalkeeper to thank for keeping it level.

A superb double stop from Cherrie, who made two world class saves from close in, after a scramble from a Harps corner with 25 minutes left on the clock.

Greg Sloggett snatched at an effort from outside the box but he couldn’t find the target before Ethan Boyle did exactly the same thing at the other end.

In what proved to be the final action of note in the 90 minutes, Murray found space from distance but fired well over the bar to end a cagey second half. 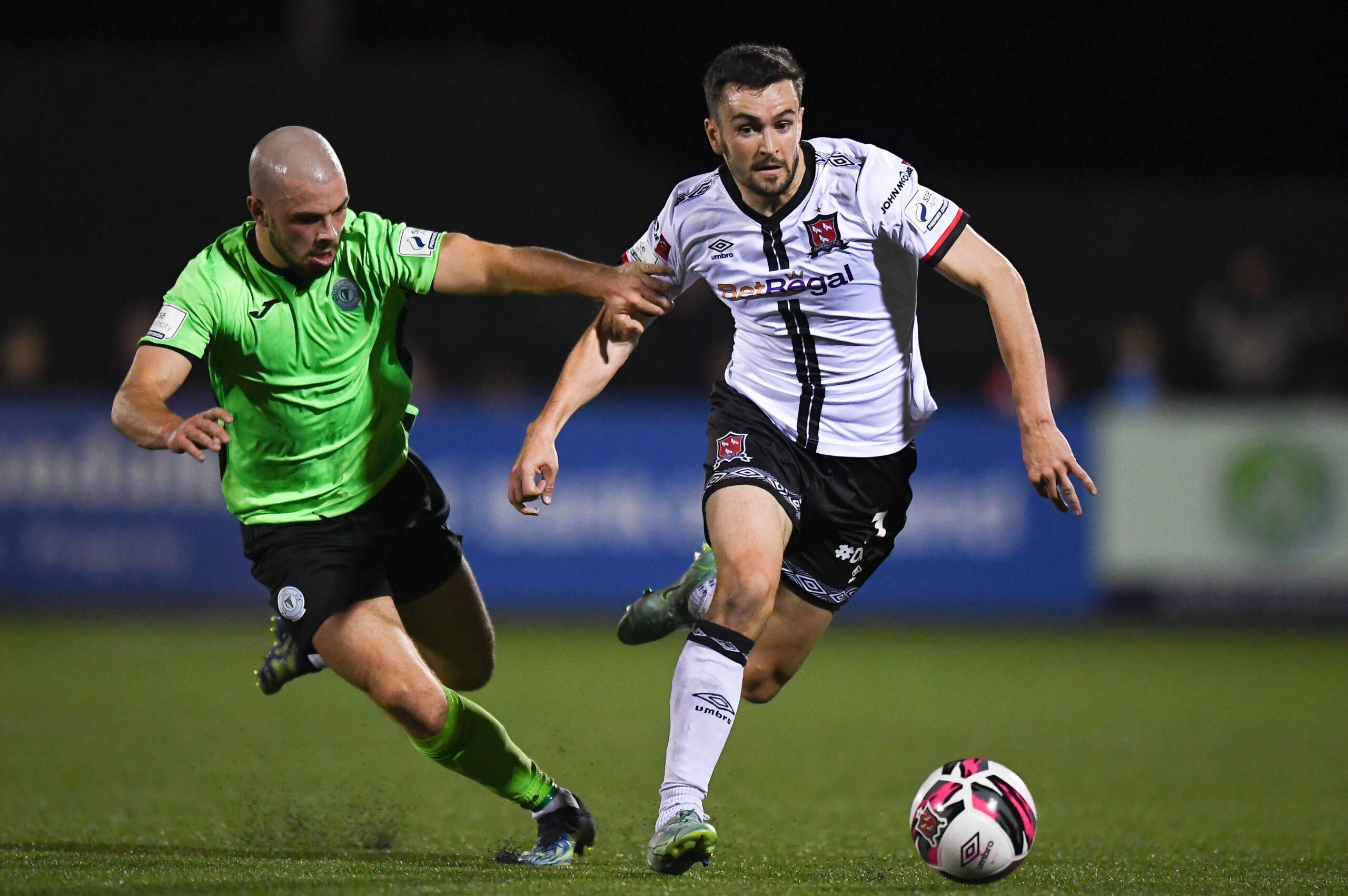 Hoban had the first effort of the extra period when he created a chance all on his own but his shot was easily gathered by Doherty.

The number 9 had an even better opportunity moments later when Murray’s outstanding cross was onto his forehead but he couldn’t keep it down.

The Lilywhites would get the perfect chance though to take the lead 7 minutes in to extra-time when Sami Ben Amar was fouled inside the box by Dave Webster and referee Ben Connolly had no hesitation in pointing to the spot.

Hoban this time did find the net when he duly dispatched the spot kick superbly.

The Lilywhites made it 3-1 just before the end of the first period of extra-time with a simply stunning free-kick from 30 yards which gave Doherty no chance. 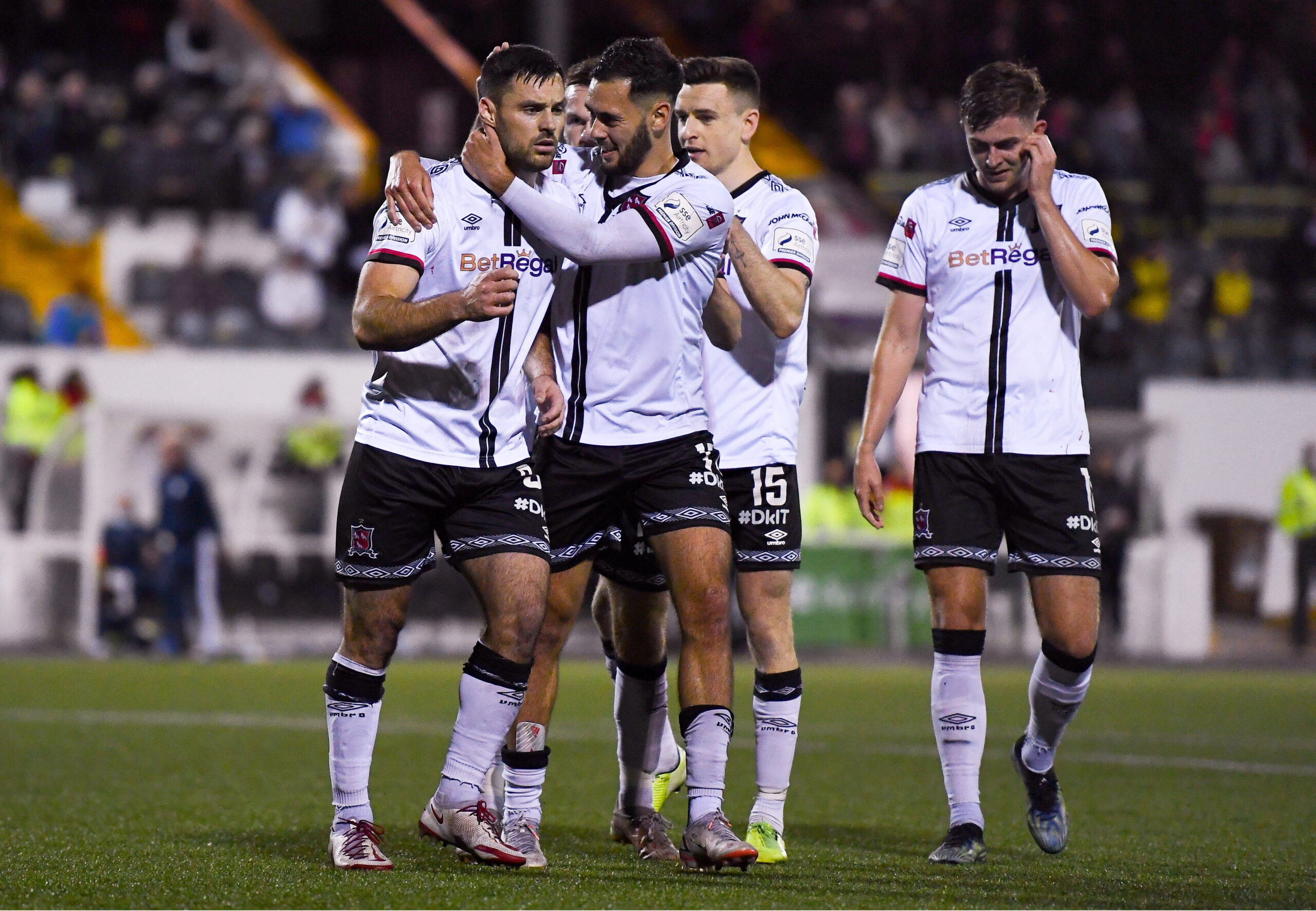 The second period was more cagey with the home side reluctant to commit many bodies forward.

Finn Harps didn’t create much with a number of balls into the box the sum and total of their efforts.

Duffy lined up a clever free-kick again but this time it was straight at Doherty as the Lilywhites looked to see the match out.

That would be the final action of the night as referee Connolly blew the full-time whistle signaling Dundalk’s passage through to the last four.