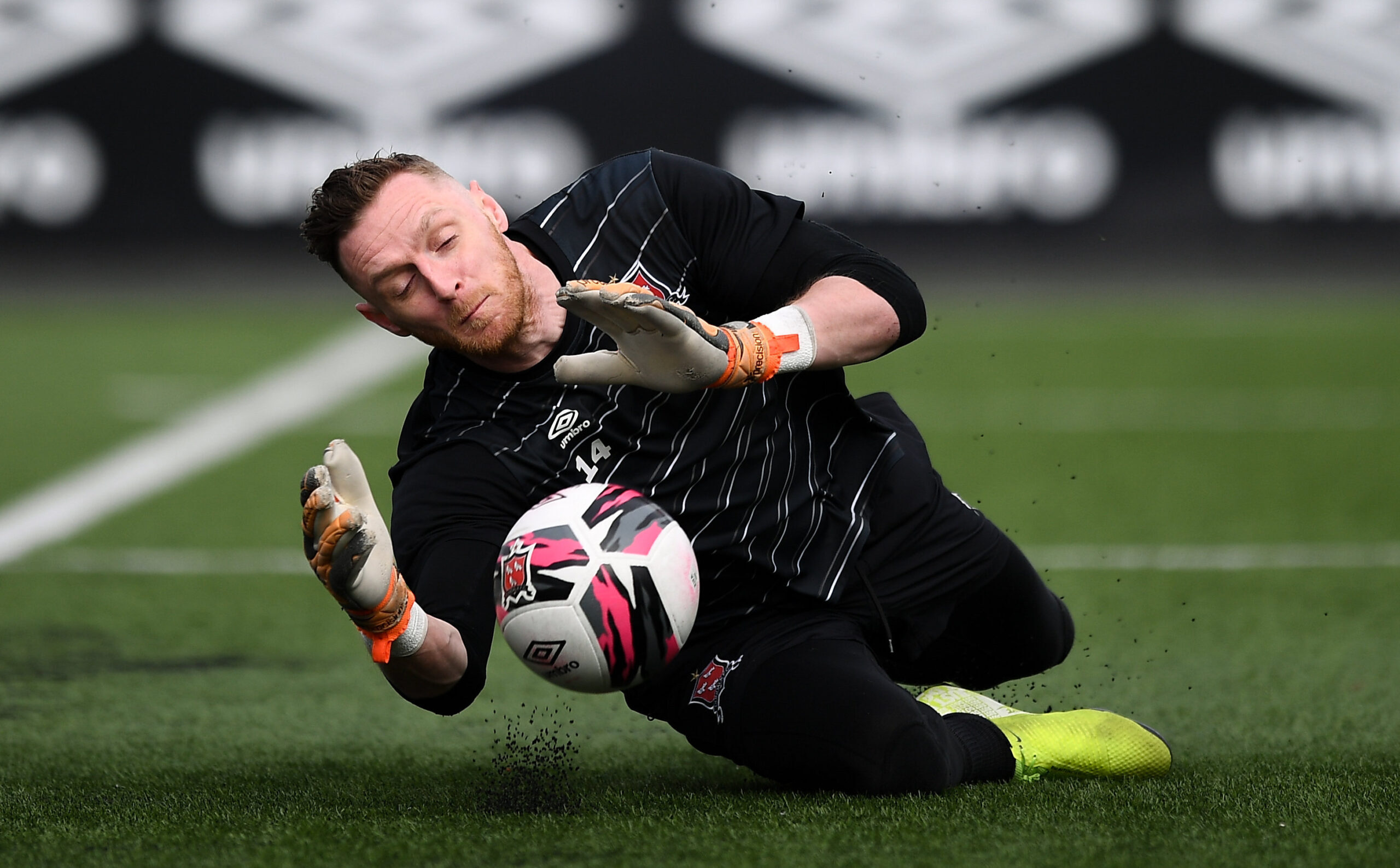 Born in Bellshill, Scotland, Peter Cherrie is an 18-year veteran of the game who is now in his second spell at Oriel Park.

Cherrie began his career with Airdrie United, where he made just one appearance over a two-year period.  A short spell at junior side Kilsyth Rangers followed, which gained him a move to Ayr United. He made six appearances for the club before departing at the end of the 2004/05 season.

He signed for Clyde in 2005, where he went on to make 20 competitive appearances between 2005 and 2009. Just a month after his departure, he signed for Dundalk, joining fellow Scots Alex Miller and Kevin McKinlay at Oriel Park.

The Scotsman quickly became the first choice for the Lilywhites, making 18 appearances in his first season at the club. He went on to rack up over 200 appearances across five and a half years at Oriel Park, which was capped off in 2014 by the club’s first league title victory under the management of Stephen Kenny.

Cherrie moved north of the border in January 2015 to join Cliftonville. He spent six months at Solitude before moving back to the League of Ireland to sign for Bray Wanderers. After two-and-a-half years in Wicklow, he made the move to league champions Cork City in early 2018.

He spent just a single season with Cork before signing for Derry City. He made 58 appearances for the club before leaving upon the expiry of his contract in November 2020.