Dundalk progressed to round two of the UEFA Europa Conference League with a 5-0 aggregate win over Newtown in Oswestry on Tuesday night after a 1-0 win at Park Hall.

Michael Duffy’s second half strike was the only goal on the night as the Lilywhites roll on to face either Levadia Tallinn of Estonia or St. Joseph’s of Gibraltar next week.

Newtown started with more urgency which was expected and they pushed forward looking for an early goal however bar a couple of corners, they didn’t manage to create anything.

Indeed, the first chance of the match would fall to Will Patching who fired a volley goalwards from the edge of the area after a clever Patrick McEleney corner however goalkeeper Jones saved well. 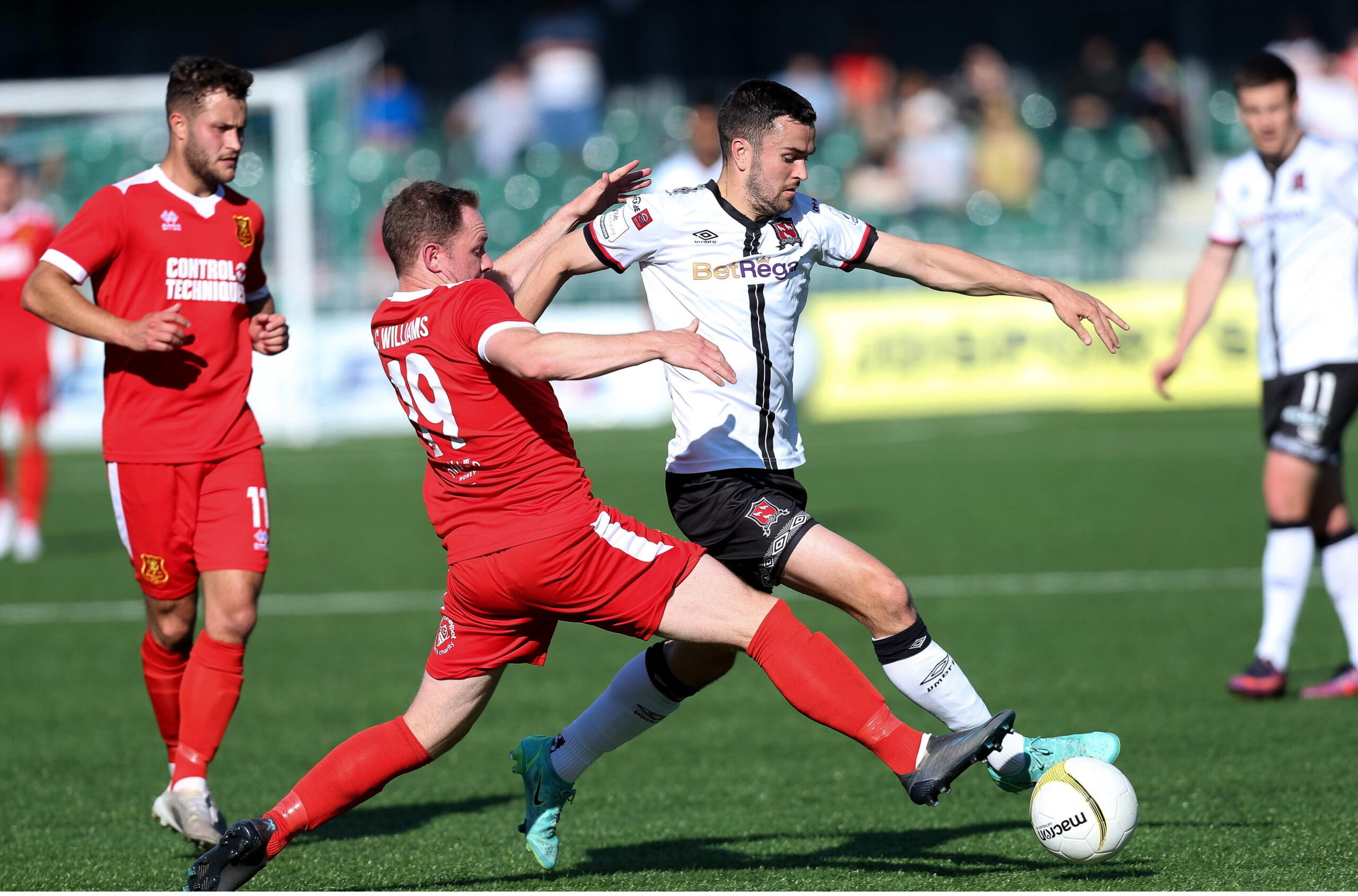 Michael Duffy in action against Newtown. Photo by Gareth Everett/Sportsfile

Michael Duffy pressed and won the ball back and had a clever curling effort from 20 yards but Jones managed to get down well to save to keep things level.

Newtown almost went in front when a quick breakaway saw Lifumpa dispossessed however the ball broke to James Rowland however he pulled it just wide.

The Lilywhites should have taken the lead in the minutes before the break when Duffy got in behind and he pulled it across the box for Daniel Kelly however his effort was high and wide. 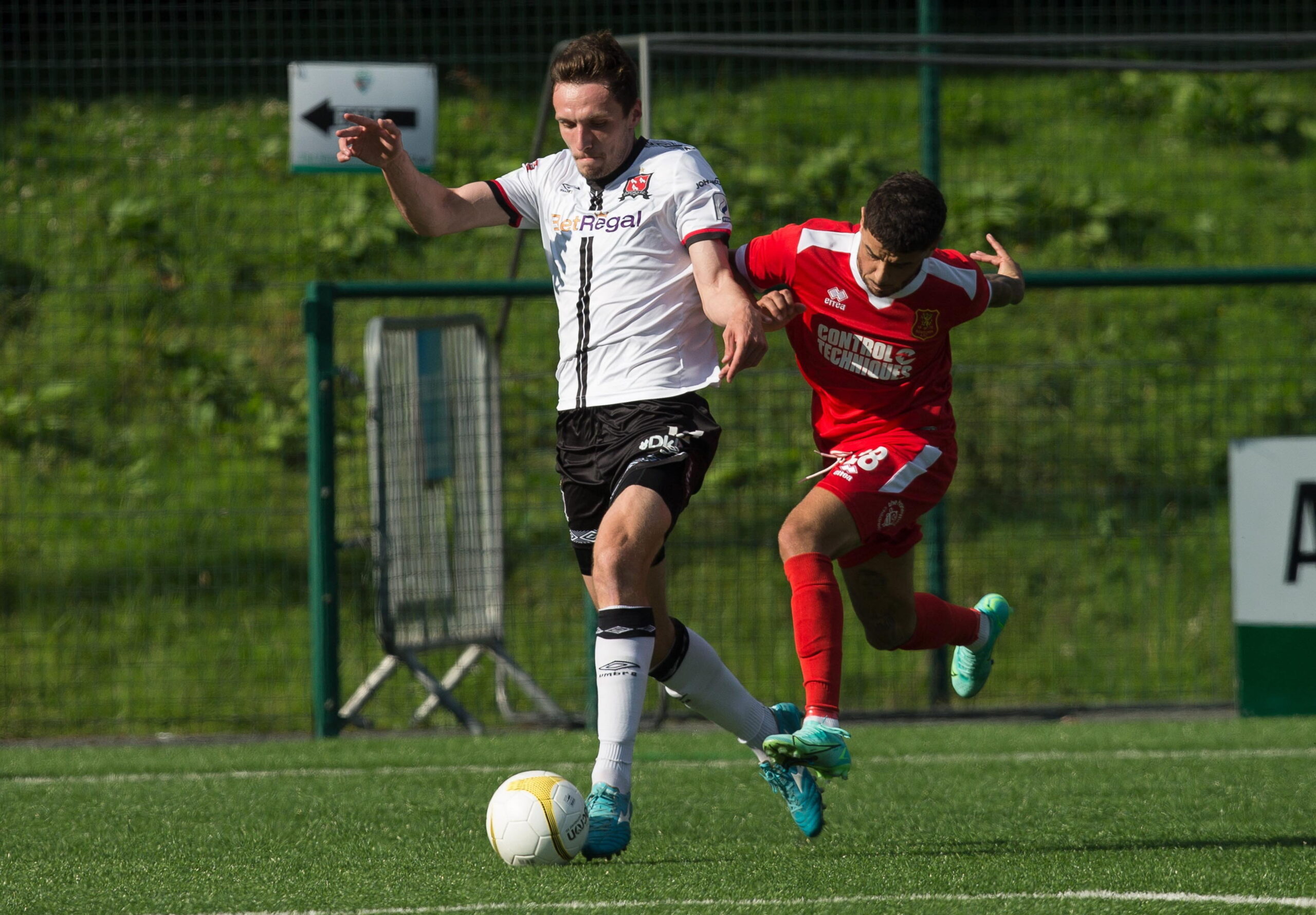 James Roberts had an effort blocked just before the break which allowed Alessio Abibi to gather easily in what was the last action of note in the first half.

Dundalk almost took the lead shortly after the re-start when a ridiculous effort from McEleney who spotted Jones off his line from a free-kick had the goalkeeper scrambling to somehow tip the ball onto the post.

The Lilywhites took the lead with their next attack though when a superb quick breakaway from Kelly got him free and he found Duffy who got in behind and fired brilliantly to the net past Jones.

McEleney again had a cheeky effort when he spotted the goalkeeper off his line once more however it was just over the bar. 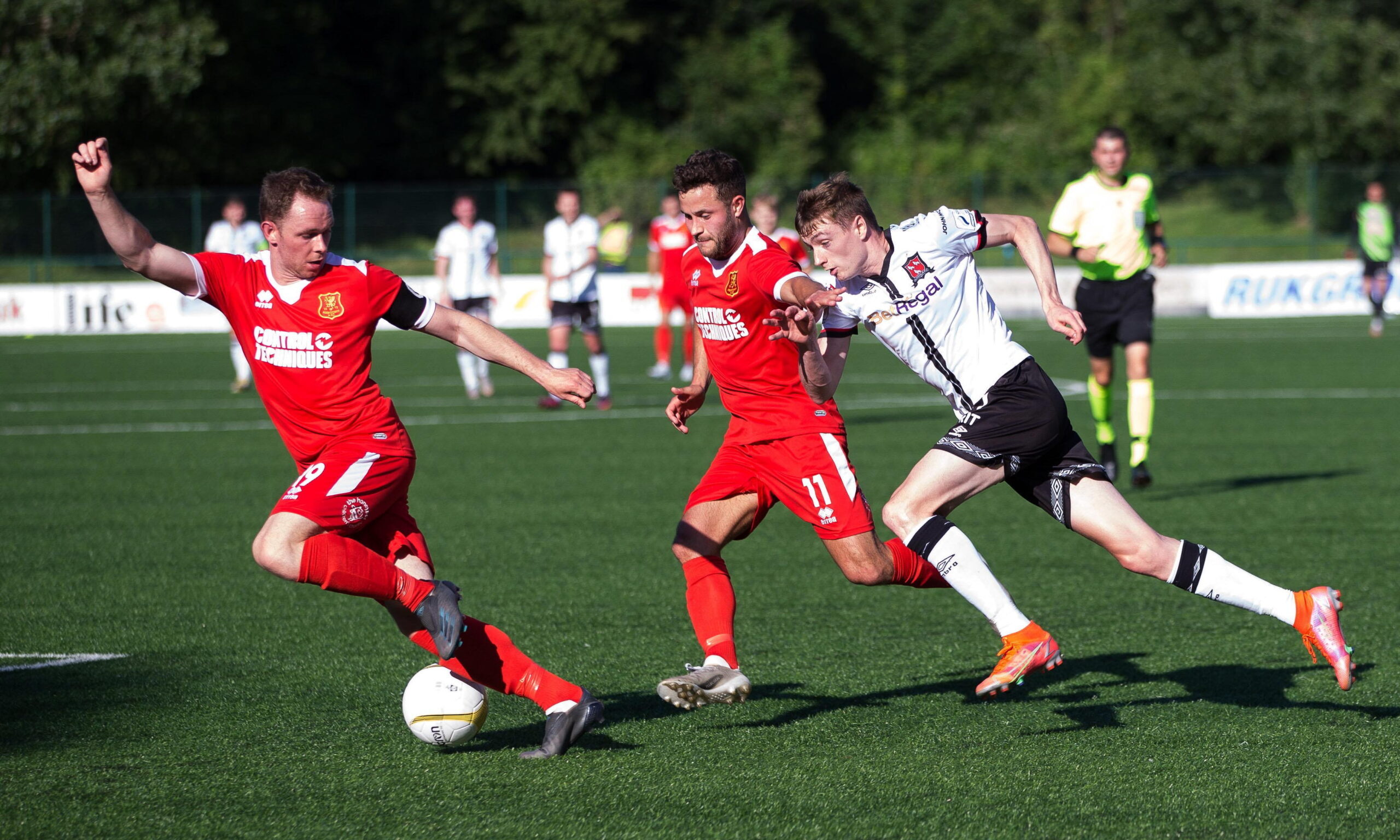 Abibi pulled off a good save from a Roberts free-kick while at the other end Sonni Nattestad had a header go into the arms of Jones after a Patching corner kick.

Patching was the conductor once more when his pin perfect pass found Kelly in behind however he couldn’t get his shot on target with the goalkeeper on rushing.

Abibi was called into action once more when substitute Jamie Breese had an effort however it was tipped over the bar.

Breese again almost capitalised on a mix up in the Dundalk defence however Abibi again was equal to it.

Patching received a yellow card for diving despite appearing to be fouled in the box before Ole Midtskogen wasted a superb chance to make it 2-0 however he blazed over from a Han Jeongwoo cross.