Dundalk took a commanding lead in the first round first leg of the UEFA Europa Conference League tie with a 4-0 win over Newtown of Wales at Oriel Park on Thursday night.

First half goals from Michael Duffy and David McMillan, making the striker the top European scorer in Irish history, were added to by a superb effort from Will Patching to give us the lead and a Han Jeongwoo header to take into the second leg.

It was an open start to the game with both sides having chances however it was Dundalk who came closest in the first 10 minutes.

Patrick McEleney flashed a superb shot inches wide of the post with the goalkeeper rooted to the spot while Daniel Kelly’s outstanding cross was met by David McMillan but his header was expertly saved by Jones in goal.

McMillan then unleashed a stinging shot from 30 yards which skimmed the crossbar as we reached the midway point of the first half.

A sweeping move by the Lilywhites saw Daniel Kelly break free and find the net from 10 yards however the linesman adjudged him to be in an offside position.

The Lilywhites would take the lead though 10 minutes before the break when a super reverse ball from McMillan released Kelly down the right and his cross to the back post was tapped home by the waiting Michael Duffy. 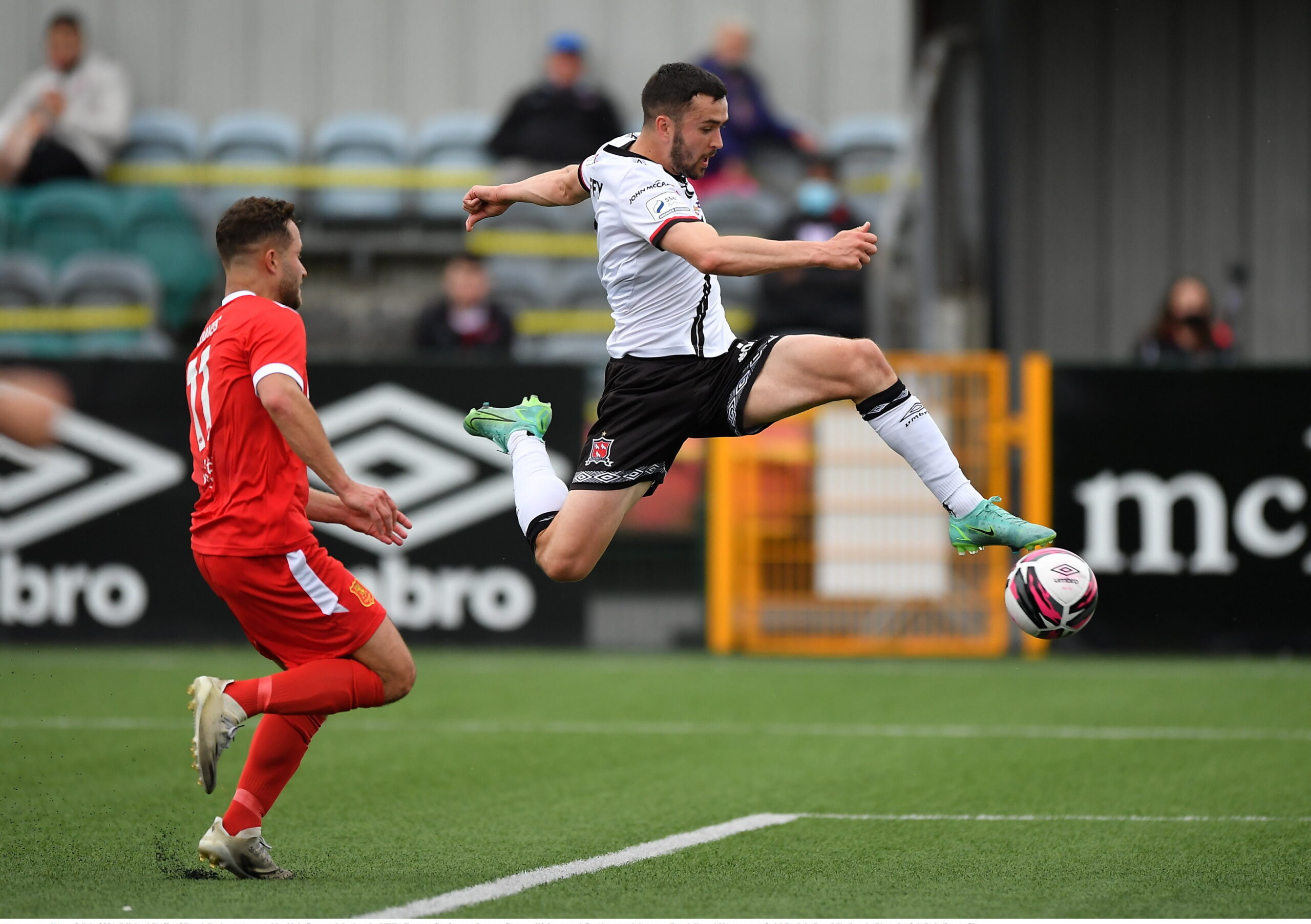 It would be 2-0 in the next attack when Darragh Leahy got in position and his cross was outstanding to McMillan at the back post who headed to the net for his 12th European goal.

The visitors almost pulled one back immediately after the break when there was some hesitancy in the home defence which allowed Rushton to get in but his initial effort was well smothered by Abibi before the goalkeeper tipped over a wonderful volley from Davies to keep us at 2-0. 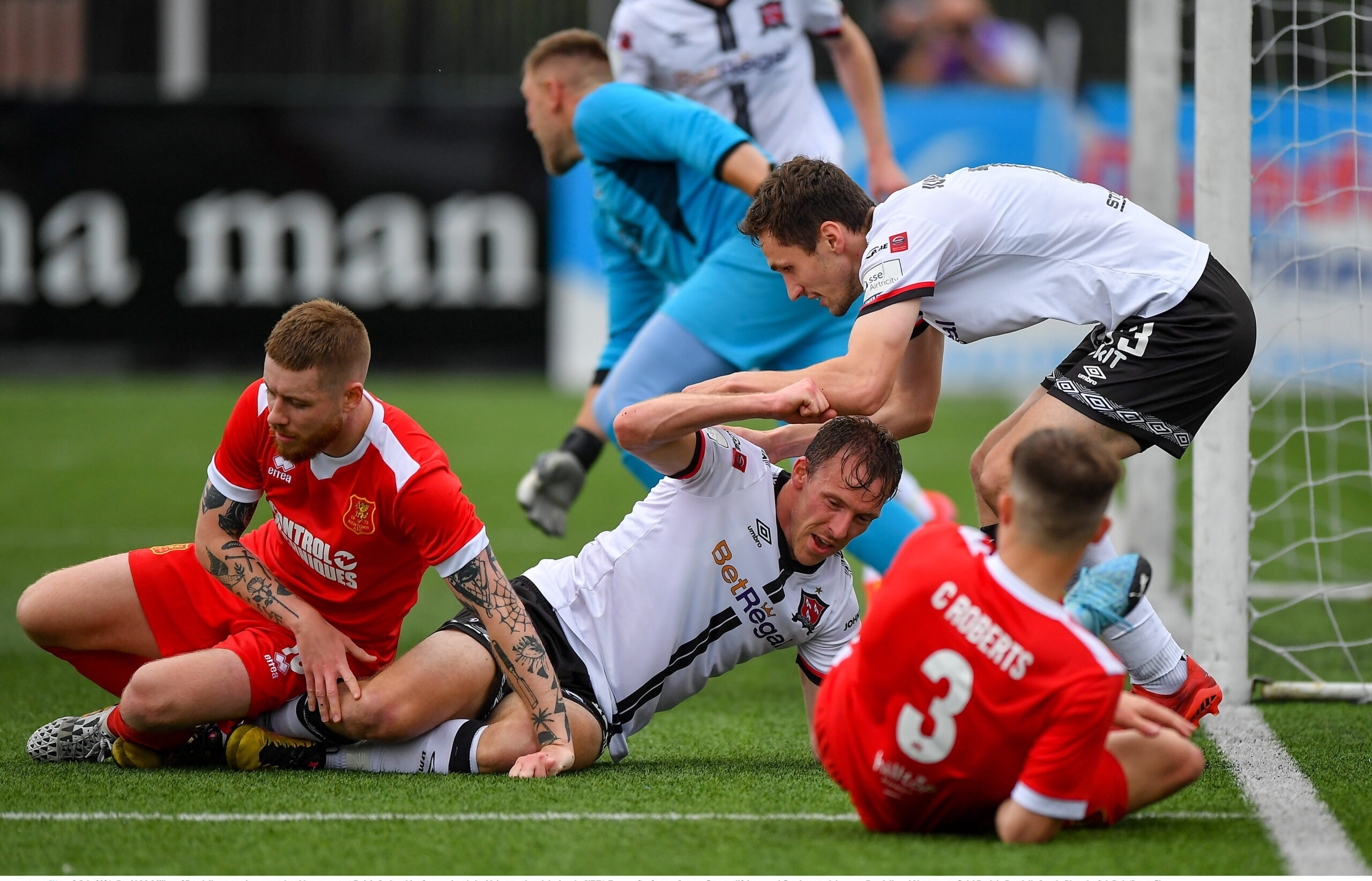 It was end to end with neither side really creating any chances until Duffy ghosted in at the back post on the hour mark to connect with Kelly’s cross but he couldn’t get it on target.

Duffy then had two quickfire efforts with the first being charged down excellently from 12 yards and the second he did have the time and space to find the net…however he was offside once more.

It would be 3-0 not long after that disallowed goal when Will Patching teed himself up from 30 yards and fired brilliantly to the net out of the reach of the goalkeeper. 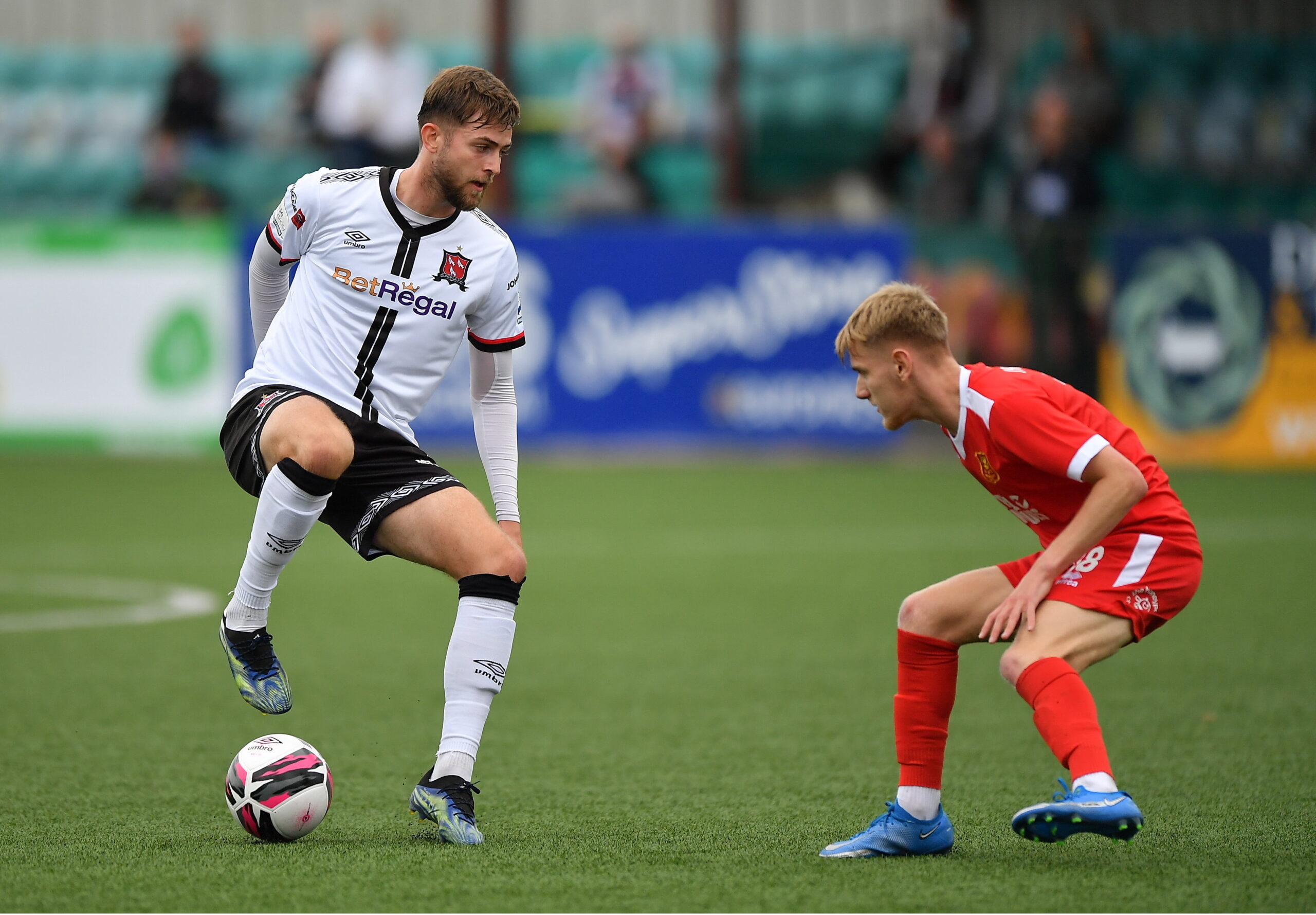 8 July 2021; Will Patching in action against James Rowland. Photo by Seb Daly/Sportsfile

It was almost 4-0 when Leahy found himself in the centre-forward position and volleyed an effort goalwards however it was inches wide.

Duffy went hunting a second and he played a clever one-two with Sam Stanton before opening up space and firing however it was straight at Jones in goal.

His fellow Derry man Patrick McEleney tried to get in on the act when he fired from distance but again Jones was equal to it. 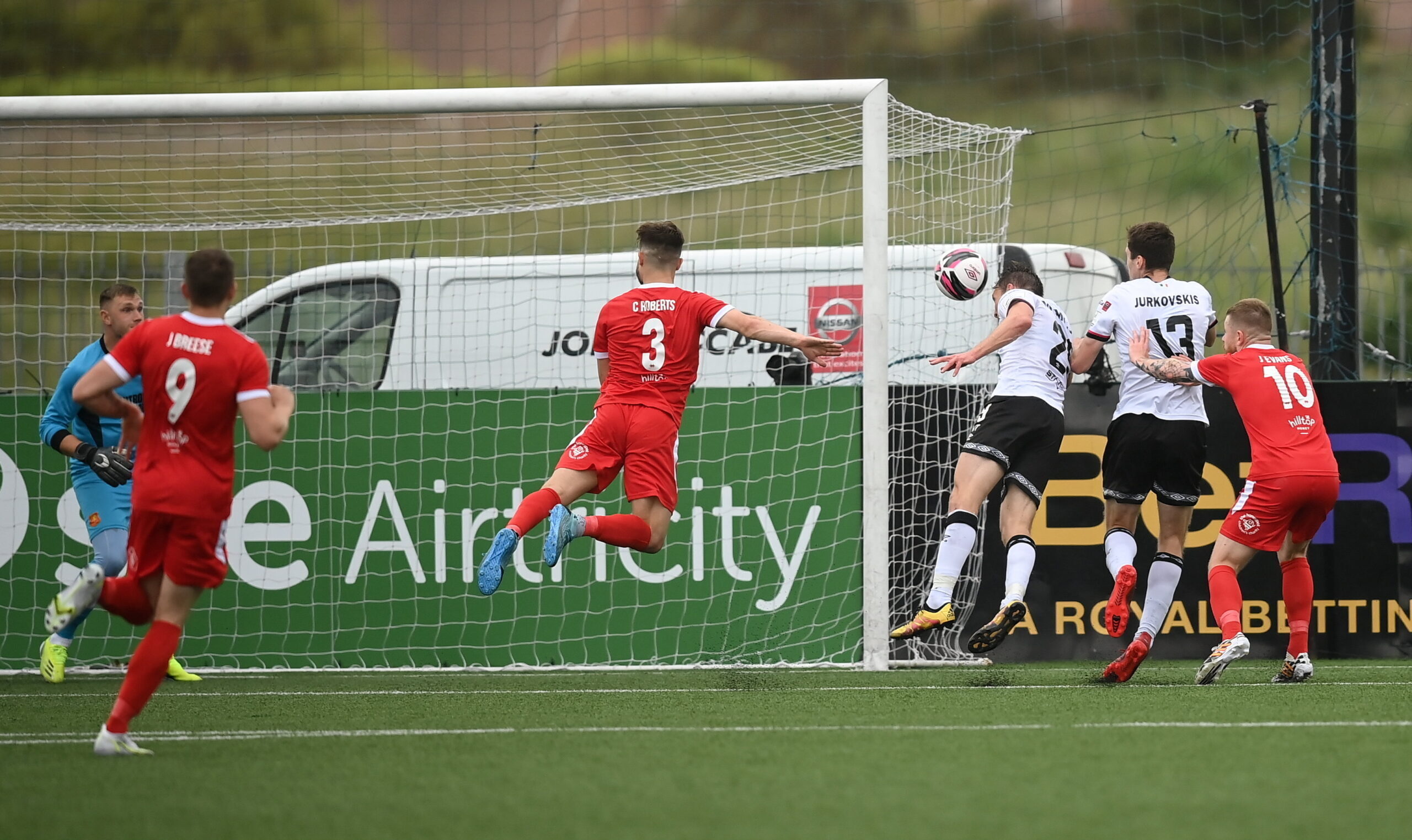 The Lilywhites were in control and McEleney had another effort but it was well wide of the target.

There was little to no action in the closing stages with Dundalk happy to control possession and see the game out.

Which they did and now travel to Oswestry for the return leg next Tuesday.