LILYWHITES THROUGH IN TALLINN

LILYWHITES THROUGH IN TALLINN

Dundalk made it through to the third qualifying round of the UEFA Europa Conference League with a last gasp victory over Levadia Tallinn on Thursday evening!

Ernerst Agyiri had given Levadia a first half lead however goals late in both halves from David McMillan and Will Patching turned the match around and sent Dundalk into the third qualifying round against Vitesse Arnhem.

It was a cagey and scrappy start from both sides with neither team really settling into a rhythm.

Sam Stanton had the only opportunity during the opening exchanges when he fired over the bar after a good lay off from Will Patching. 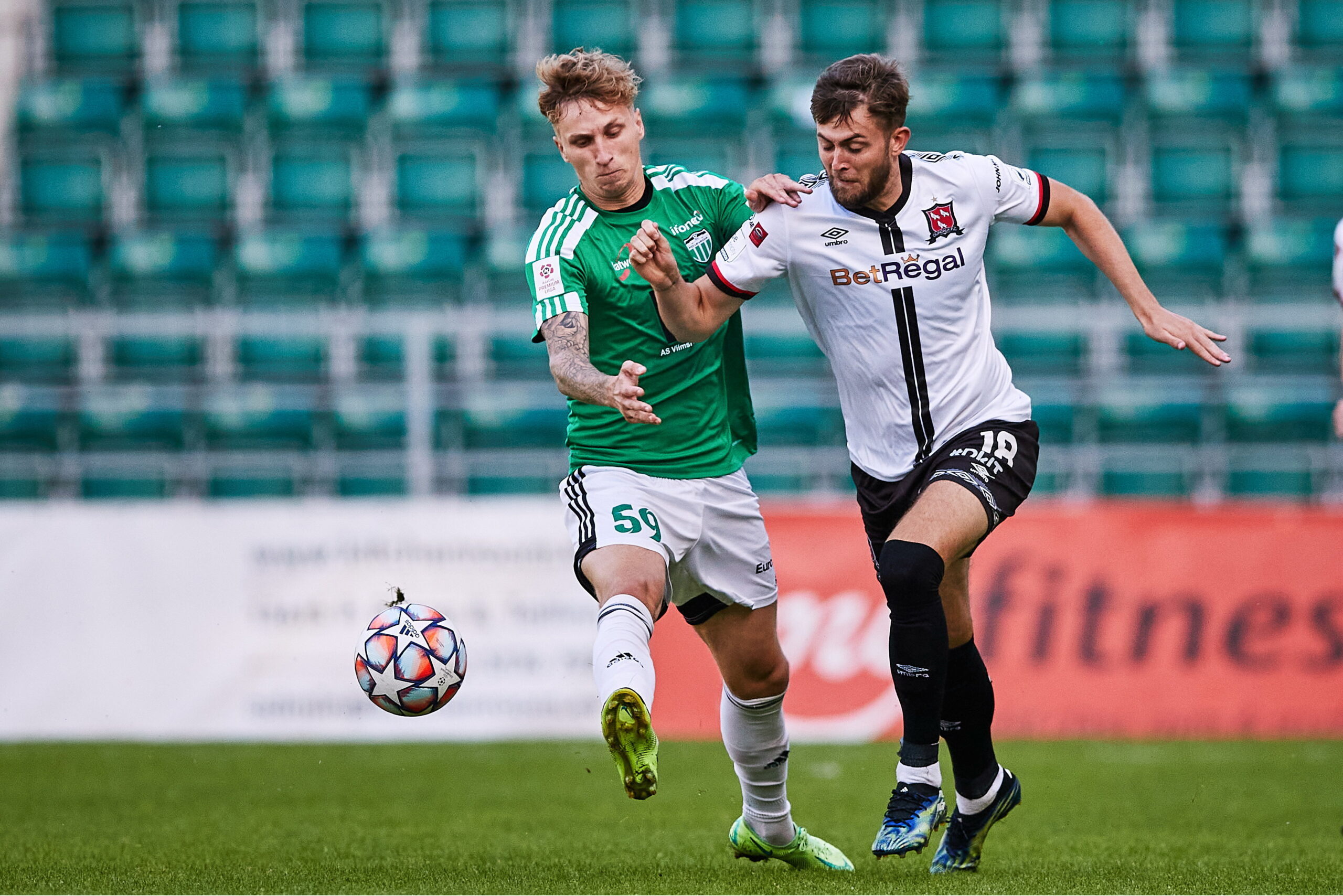 Will Patching in action. Photo by Joosep Martinson/Sportsfile

The Lilywhites would fall behind just after the quarter hour mark when Ernest Agyiri got in behind and found space to unleash a thundering shot from just inside the area past Alessio Abibi.

Dundalk settled well into the match after that and began to dictate possession.

Stanton again found space from distance and fired a wonderful effort goalwards and beat the goalkeeper however it came crashing off the crossbar and out to safety.

Daniel Kelly was brought down on the edge of the area which provided Will Patching with the opportunity to shoot however his effort went into the wall.

Patrick McEleney then had an effort from just outside the area but Vallner, in goal, did extremely well to get down and save. 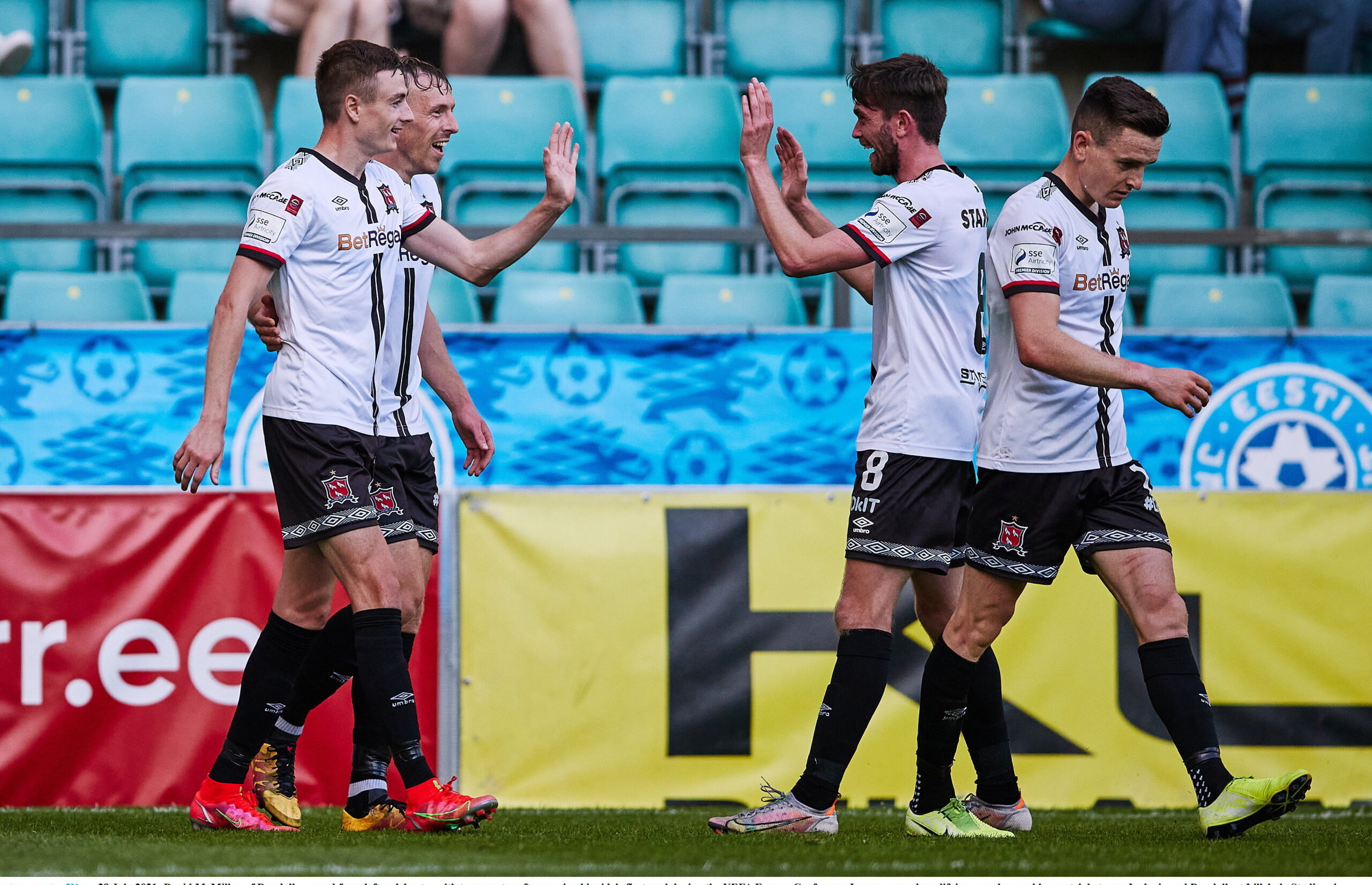 The Lilywhites would get the equaliser just before the break when Darragh Leahy’s cross caused issues between Vallner and his centre halves. It was only cleared as far as Greg Sloggett who found David McMillan and he brilliantly fired to the net from 12 yards.

Both sides were cautious in their opening to the second half and Stanton again had a clever shot from an acute angle after he dispossessed Ugge however it went just wide.

Levadia had a penalty appeal turned down when Agyiri’s cross struck Andy Boyle while at the other end Greg Sloggett caught a shot well from 30 yards but the goalkeeper dealt with it easily.

Dundalk almost took the lead just on the hour mark when Patching’s corner found the head of Sonni Nattestad who sent it goalwards and the goalkeeper managed to grab it at the second attempt with Leahy closing. 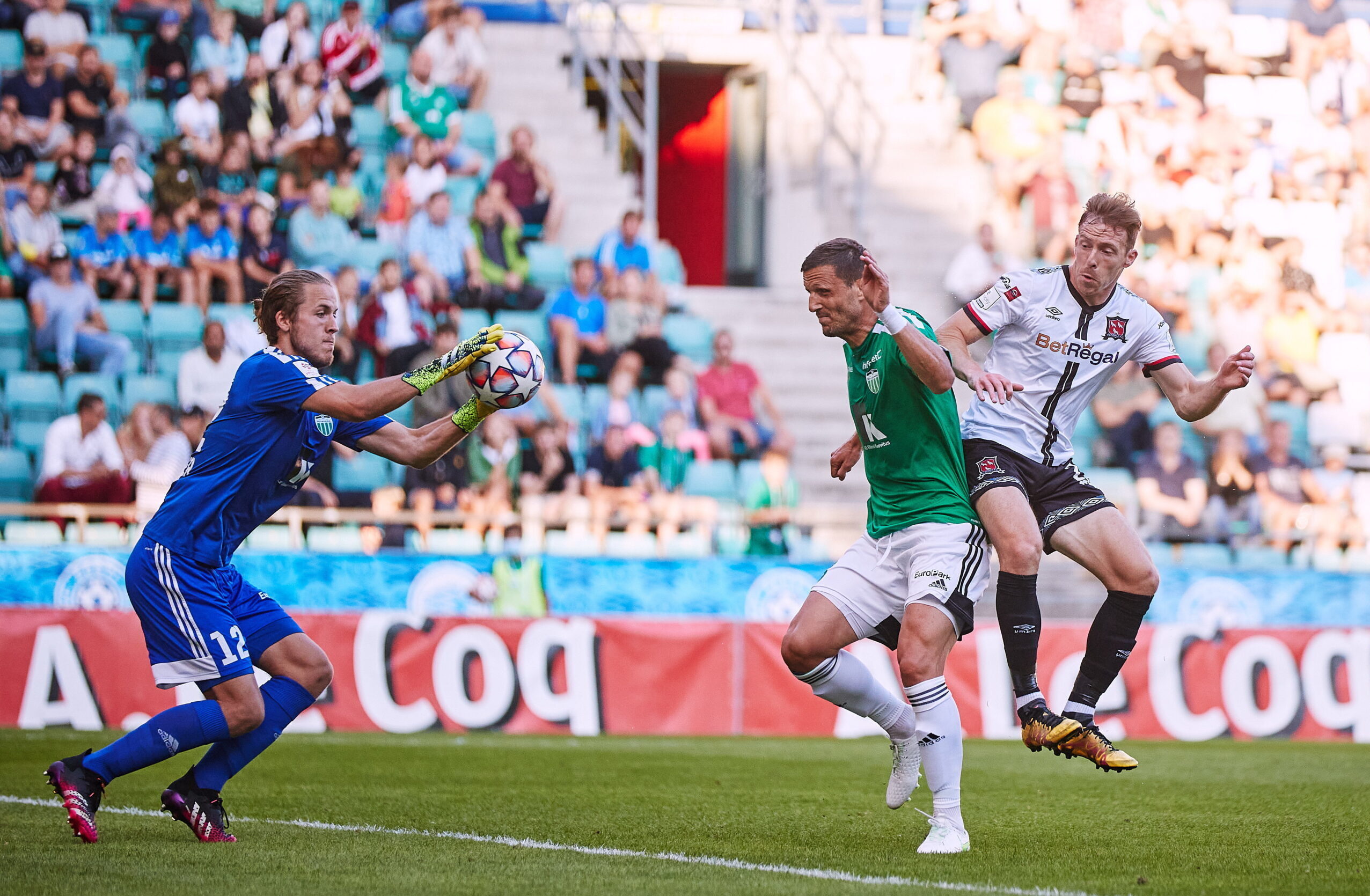 Agyiri forced Abibi into a smart save as Levadia brought in Robert Kirss to be more potent in attack.

Both sides showed signs of tiredness and struggled to create anything of note. Stanton had another opportunity as the match ticked towards the 90th minute however it was charged down.

However just when it looked like the match was heading for extra-time, Patching found himself through on goal when McEleney played him in and he showed superb composure to rifle it to the net.

That proved to be the final action after some Levadia corners and we move into the third qualifying round to face Vitesse Arnhem of the Dutch Eredivisie.