Dundalk made it three matches unbeaten under Vinny Perth as they defeated Derry City on Friday night in the SSE Airtricity League at Oriel Park in what was captain Chris Shields farewell to the club.

Goals in either half from Daniel Kelly and a penalty by Patrick Hoban were enough to seal all three points. Eoin Toal pulled one back for the visitors however it wasn’t enough and Shields said goodbye to the Lilywhites with a victory.

There was little to separate the sides in the opening quarter of an hour with a James Akintunde shot charged down by Andy Boyle the height of the action.

Dundalk should have taken the lead just before the 20-minute mark though when Michael Duffy pressed high and won the ball back before slipping in Patrick Hoban but his shot was saved well by Nathan Gartside down to his right.

Gartside was to the rescue once more as he gathered Sean Murray’s accurate but tame effort at the second attempt.

Hoban once again had an effort after Duffy’s shot was deflected into his path but the header from the number nine was well clawed away by the goalkeeper in a last ditch attempt. 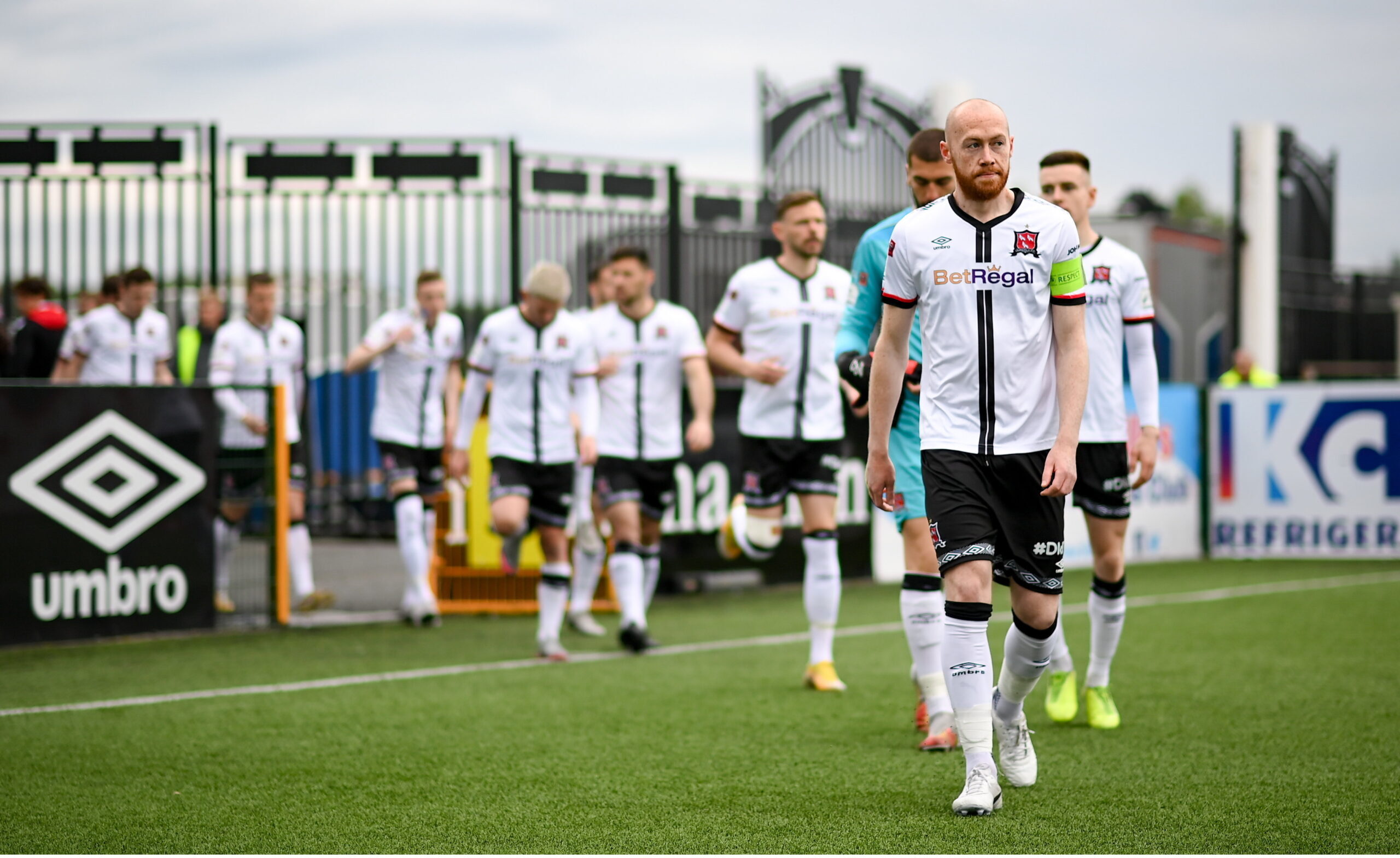 Chris Shields leads the Dundalk team out ahead of his final game for the club against Derry City at Oriel Park. Photo by Stephen McCarthy/Sportsfile

Gartside was Derry’s best player at this point and he produced another stunning save to deny Hoban once again from his header at point-blank range.

The Lilywhites would get their lead and deservedly so when Gartside couldn’t keep Duffy’s shot out from distance and palmed it into the path of Daniel Kelly who finished to the net.

Sam Stanton had an effort flash wide while at the other end Joe Thompson fired a low free-kick goalwards but it was well collected by Alessio Abibi and the half-time break came with the Lilywhites in front.

The second period began with the visitors pressing looking for an equaliser and they almost got it when James Akintunde got in well at the back post but couldn’t convert Will Fitzgerald’s clever cross.

Duffy at the other end forced another good stop from Gartside after he was put through on goal by Stanton. 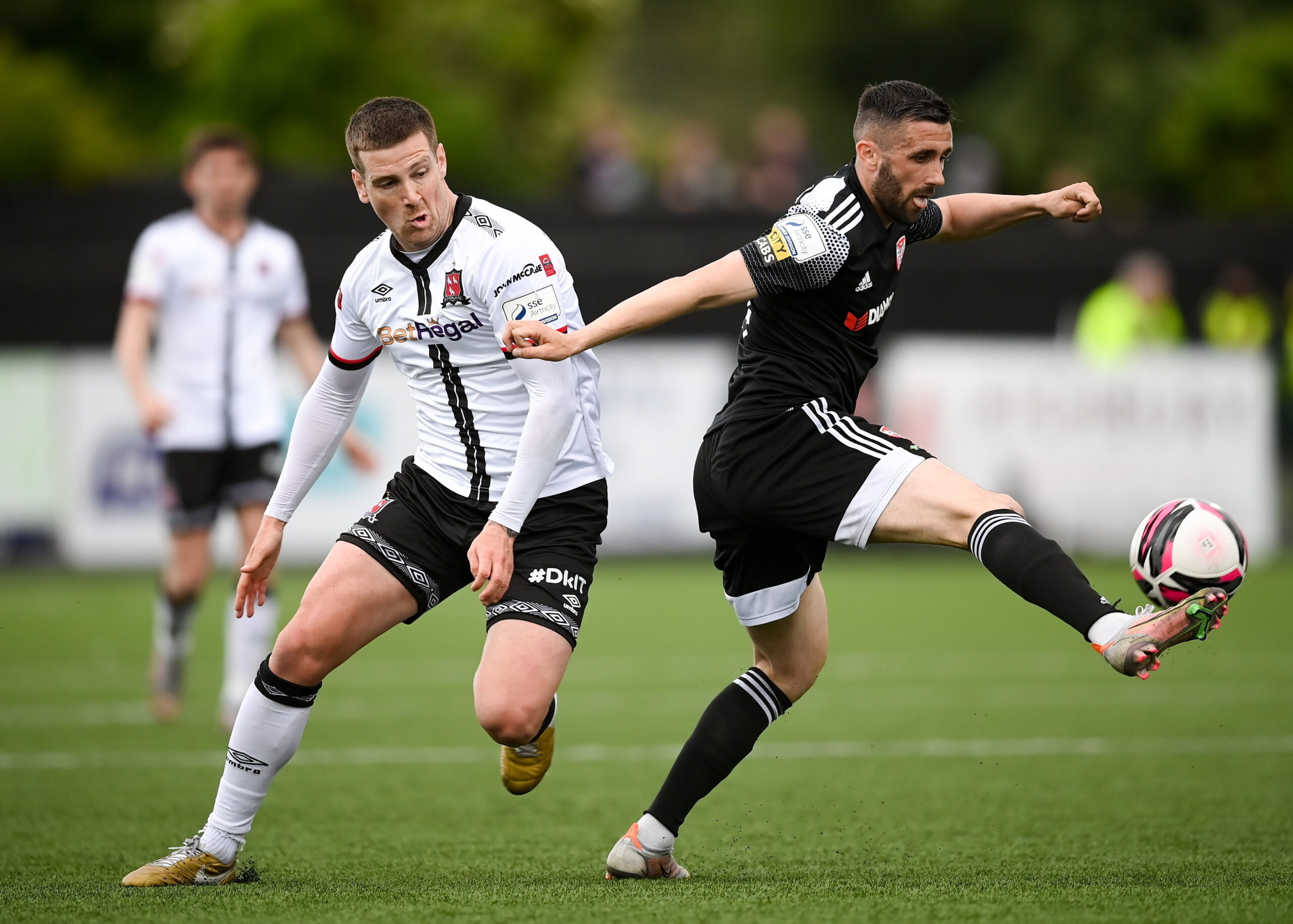 Daniel Lafferty of Derry City in action against Patrick McEleney of Dundalk. Photo by Stephen McCarthy/Sportsfile

The Lilywhites would double their advantage from that corner though.

Duffy’s ball struck the hand of Darren Cole and referee Rob Harvey had no hesitation in pointing to the spot. Hoban stepped up and buried it past Gartside, who did guess the right way.

Akintunde then forced a good save from Abibi in an effort to pull one back and the parry fell to Thompson but his goalbound shot was blocked superbly by Andy Boyle.

The Candystripes did find the net from the following corner though when captain Eoin Toal had a free header to the net from close range. 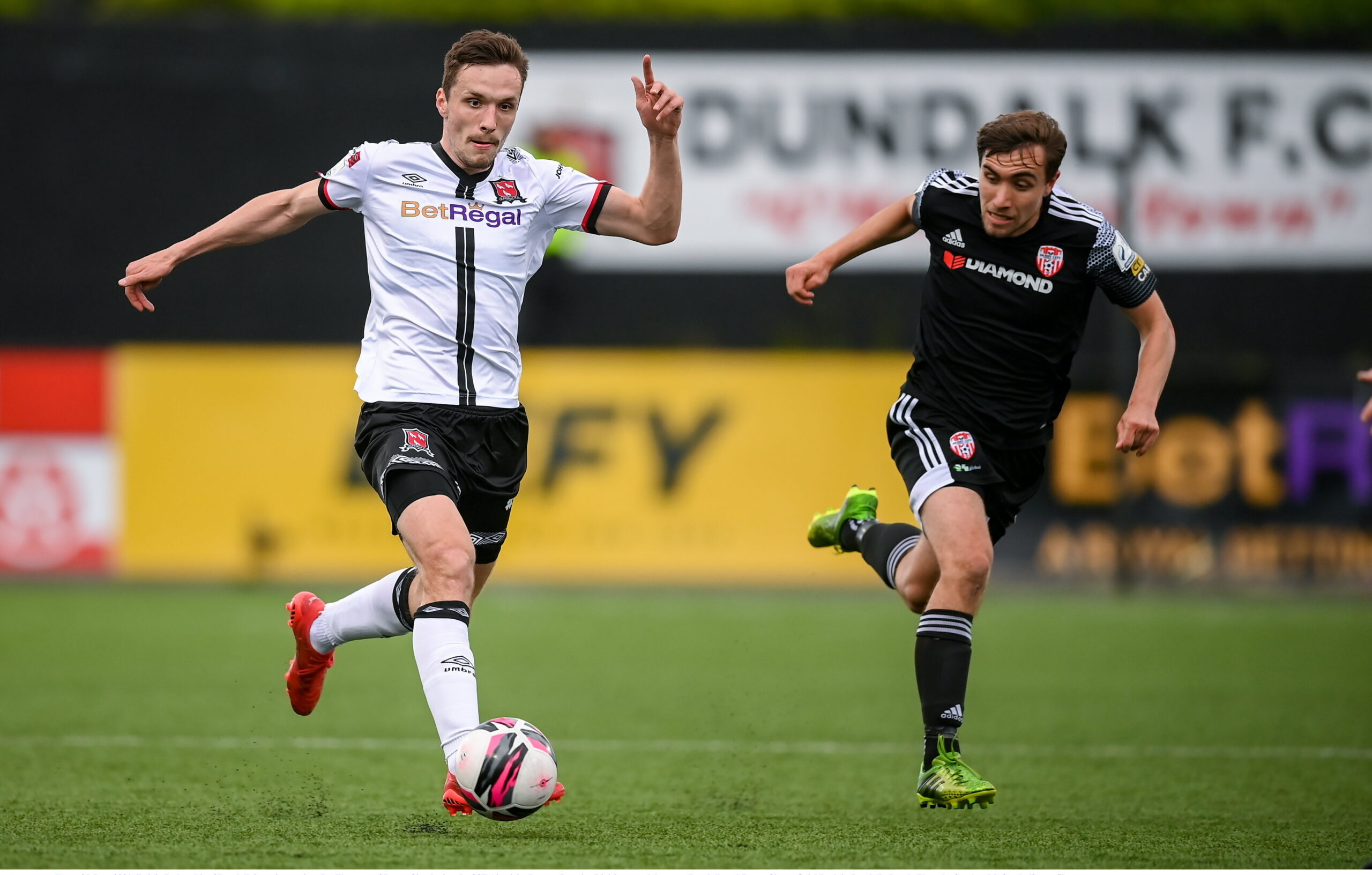 Raivis Jurkovskis of Dundalk in action against Joe Thomson of Derry City. Photo by Stephen McCarthy/Sportsfile

Dundalk were fortunate to remain in front when Thompson found himself with space on the edge of the area but his shot whistled inches wide of the post while at the other end Duffy was denied superbly by Toal as he was about to pull the trigger.

A quick break from Duffy then forced the visitors back and he managed to square for substitute Han Jeongwoo however he shot just wide of the post with Gartside rooted to the spot.

Duffy had another chance to kill the game off as he got into the box on his left foot but he was once again denied by the legs of Gartside. 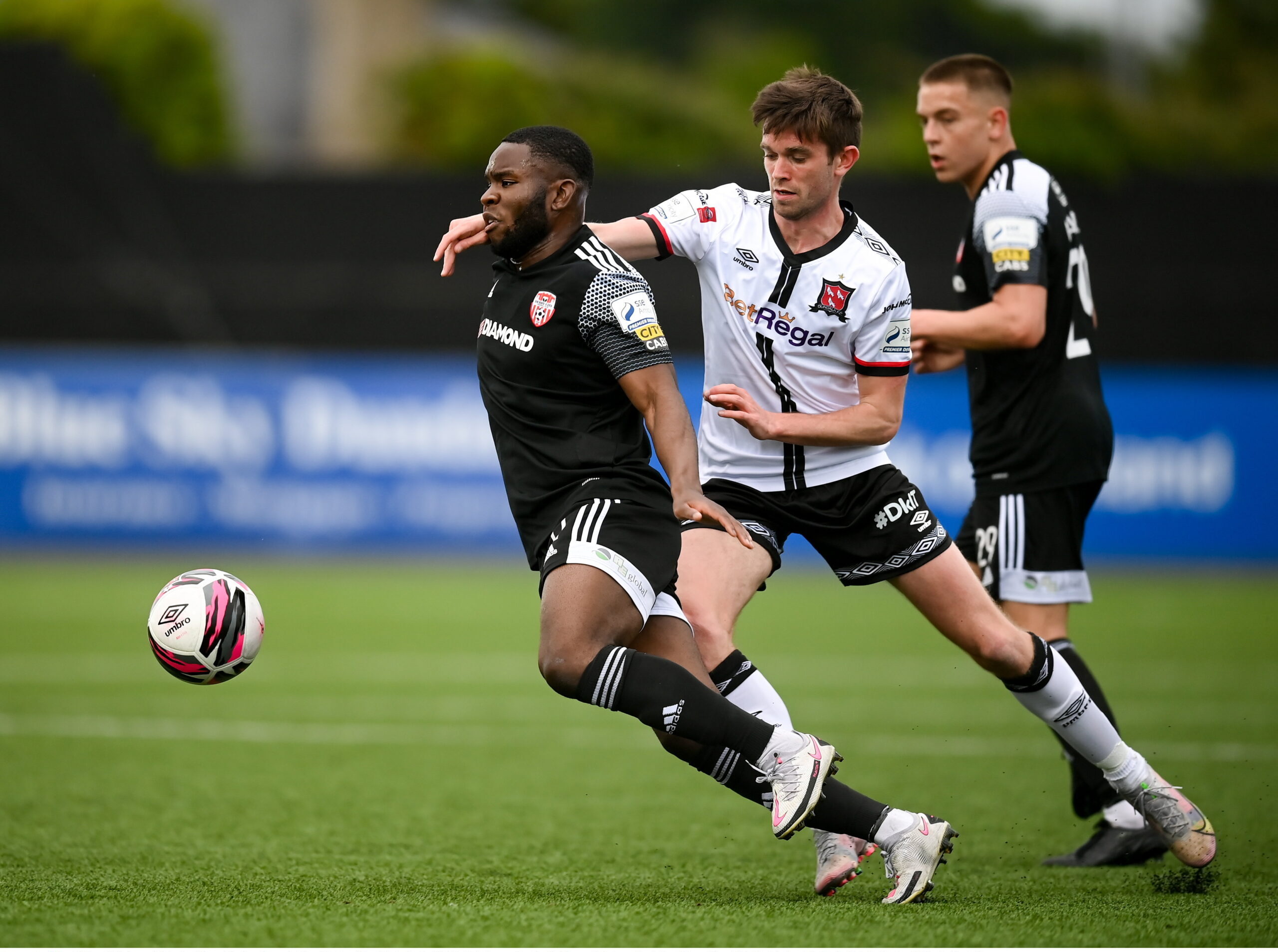 James Akintunde of Derry City in action against Sam Stanton of Dundalk. Photo by Stephen McCarthy/Sportsfile

Derry City pushed forward in search of an equaliser and Toal’s shot from distance was superbly blocked before substitute Patrick Ferry’s clever tee up and shot almost caught Abibi unawares but it hit the side netting.