Dundalk FC is delighted to announce the signing of defender Hayden Muller from Millwall on a multi-year deal.

The 20-year-old Londoner, who is our third new arrival of the week, met up his new teammates at Oriel Park on Tuesday and took part in his first training session with the squad on Thursday morning.

And speaking to dundalkfc.com after completing his move, he said he was looking forward to getting down to business on the pitch.

“I can’t wait to get started,” he said. “I had a look around and got a feel for the place and the lads have been very welcoming.

“I know Alfie Lewis, and Louie Annesley is also from London so it’s always good to have people like that around to help you settle in a lot quicker.”

Born in Croydon, Muller progressed through the academy system at Millwall and made his first-team debut for the Lions against Huddersfield Town on the final day of the 2019-2020 Championship campaign. 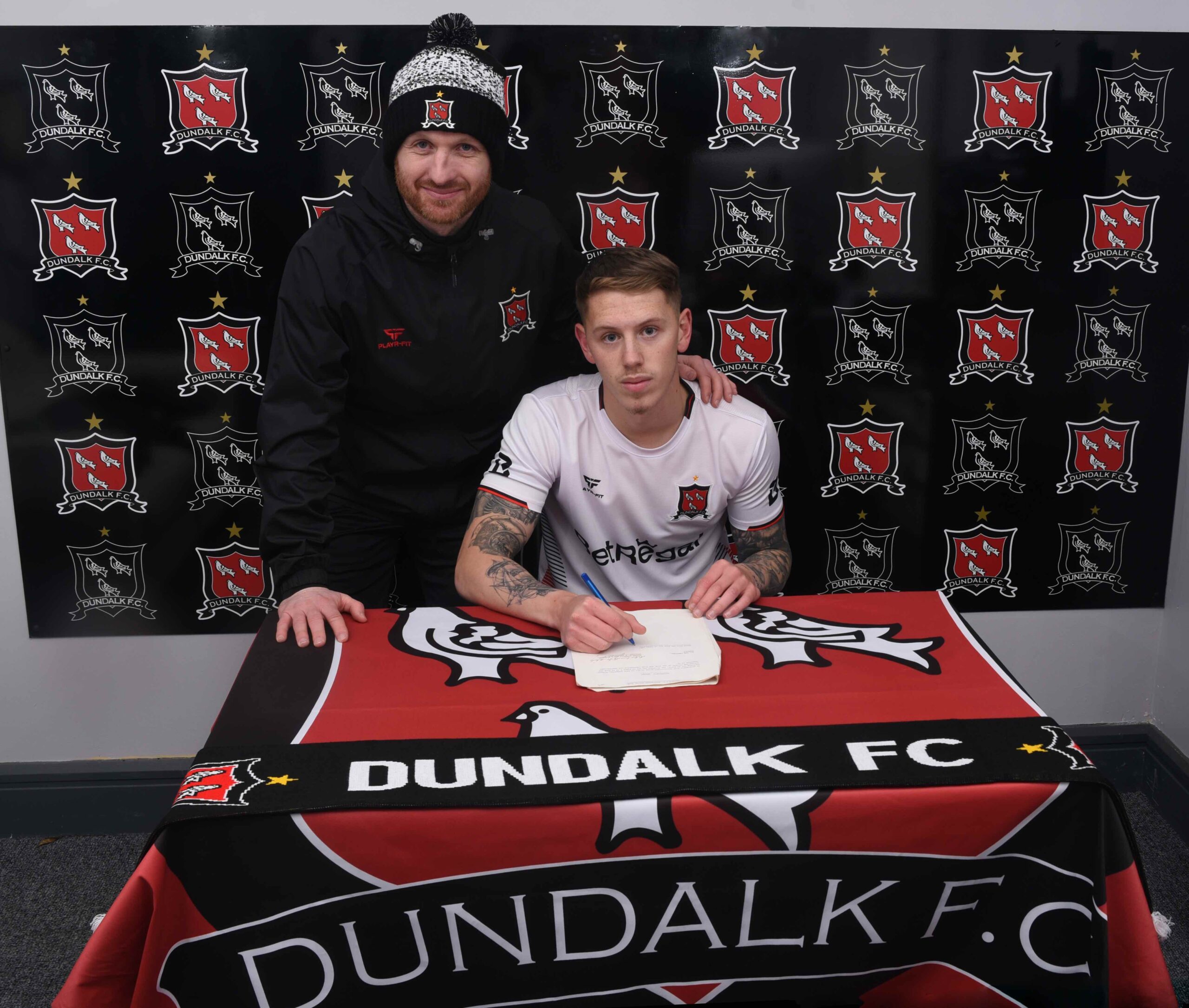 He made another three appearances the following season before signing for St Johnstone on a season-long loan in the summer of 2021.

Muller made eight appearances for the SPL side, seven of them starts, before he was recalled by his parent club in January 2022. His final appearance for Millwall came in a 2-0 loss against Sheffield United last August.

“Hayden is a good age, has lots of ability, has good pace and is great on the ball,” said Dundalk FC head coach Stephen O’Donnell.

“He has first-team experience from when he went on loan to St Johnstone this time last year. He was doing really well and was highly thought of there and was only called back by Millwall because they had a number of injuries.

“He’s a footballing centre-back who can also play at right back and he has great potential. We believe he is a player we can develop and build a platform around and he is hungry to come here and excel.”