Dundalk’s wait for a win on the road goes on as they were pegged back by UCD at the UCD Bowl on Friday evening in the SSE Airtricity League.

Goals either side of half-time from Paul Doyle and Patrick Hoban from the spot had given the Lilywhites a 2-0 lead however a Colm Whelan double sealed a share of the spoils for the Students.

It was a lively opening with both sides having chances first Colm Whelan had an effort headed off the line by Darragh Leahy and Patrick Hoban followed that up but his shot from distance was saved by Kian Moore.

Michael Gallagher had an effort blocked before Hoban’s glancing header went inches wide of the post.

Dundalk would take the lead just before the 20 minute mark when former UCD star Keith Ward ‘s corner was only cleared as far as Paul Doyle. His first time effort took a deflection and gave goalkeeper Kian Moore no chance.

Dundalk were in reasonable control of things following that but didn’t create much of note.

It was almost 2-0 before the half-time interval though when Ward first had a goalbound effort blocked while Macari’s clever low shot was well gathered by the keeper. 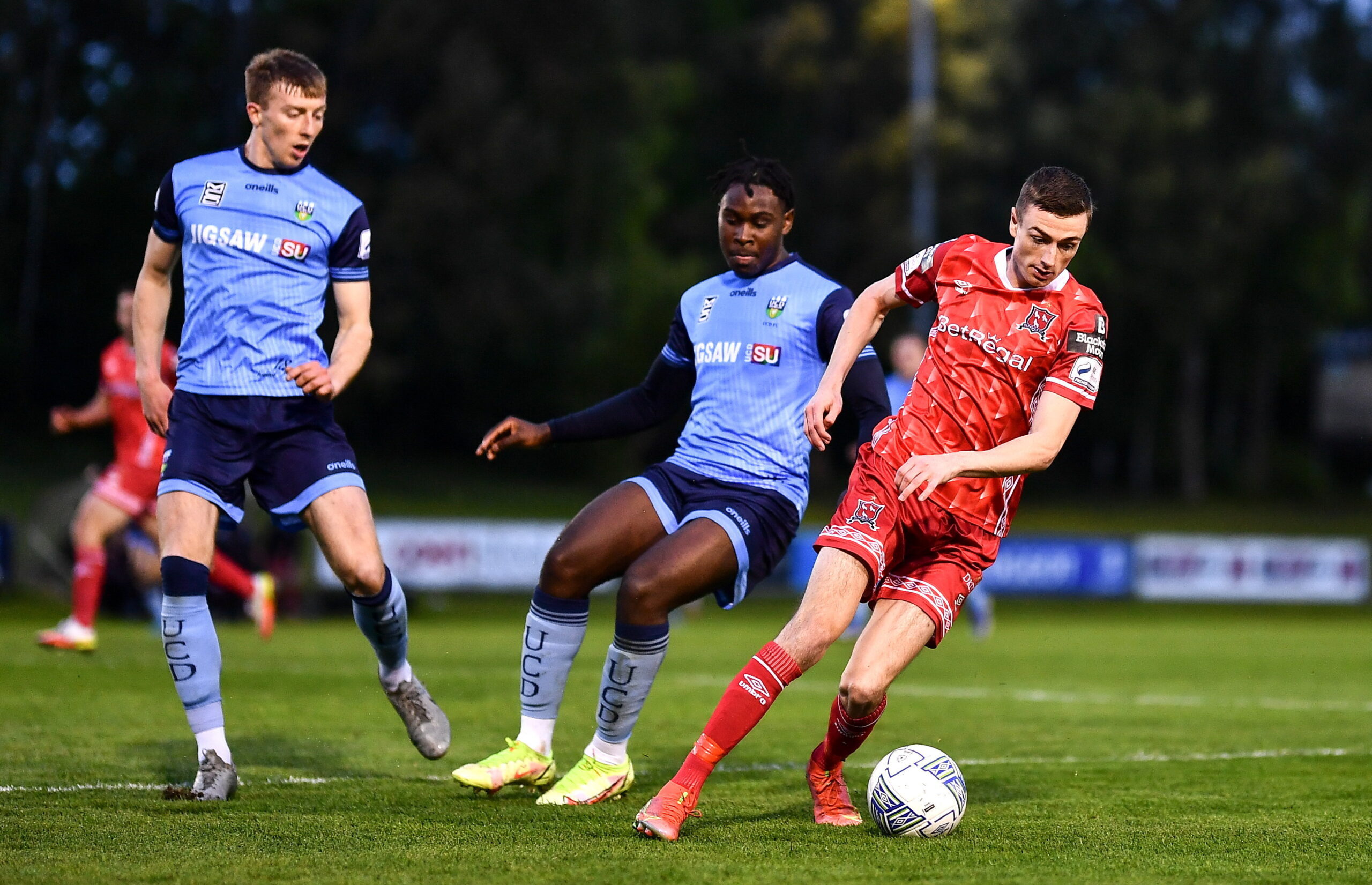 Dundalk though would be reduced to ten men on the stroke of half-time when Andy Boyle was giving his marching orders for a challenge on Dara Keane.

Dundalk made two changes with Keith Ward and Joe Adams withdrawn in place of Sam Bone and Robbie Benson at the break.

The Lilywhites in fact would make it 2-0 shortly after half-time when Kelly did brilliantly to get in behind Eric Yoro and drew a foul in the box leaving the referee to point to the spot.

Hoban stepped up and sent Moore the wrong way to double the advantage.

UCD would get their goal though when a clever side foot finish from Whelan with half an hour to go made it 2-1.

The Students would get the chance to level when Robbie Benson was adjudged to have fouled Evan Caffrey in the box. Whelan sent Shepperd the wrong way to get his second.

Dundalk put pressure on to find the winner and Sam Bone was the main instigator.

His two efforts from outside the area almost found the net but it was Leahy who came closest when he forced a save from point blank range.

That proved to be the final action of note as both sides had to settle for a point.