Dundalk’s winless run in the league stretched to four games as the Lilywhites were held to a 1-1 draw by Waterford at the RSC on Friday night.

Sean Murray found the net early with his first goal of the season however Anthony Wordsworth’s second half leveller meant that the points were shared.

Vinny Perth restored Will Patching, Daniel Kelly, Greg Sloggett and Daniel Cleary to the starting XI along with goalkeeper Alessio Abibi due to the five absences enforced through both injury and international call ups.

It was Kelly who would make an impact right from the start when he was set free on the right from a dead ball and he showed some clever trickery combined with pace to get into a crossing position. He did just that and Sean Murray was there to bundle the ball to the net.

Waterford responded well with Cameron Evans and Darragh Power trading shots but only the latter found the target with Alessio Abibi saving with ease. 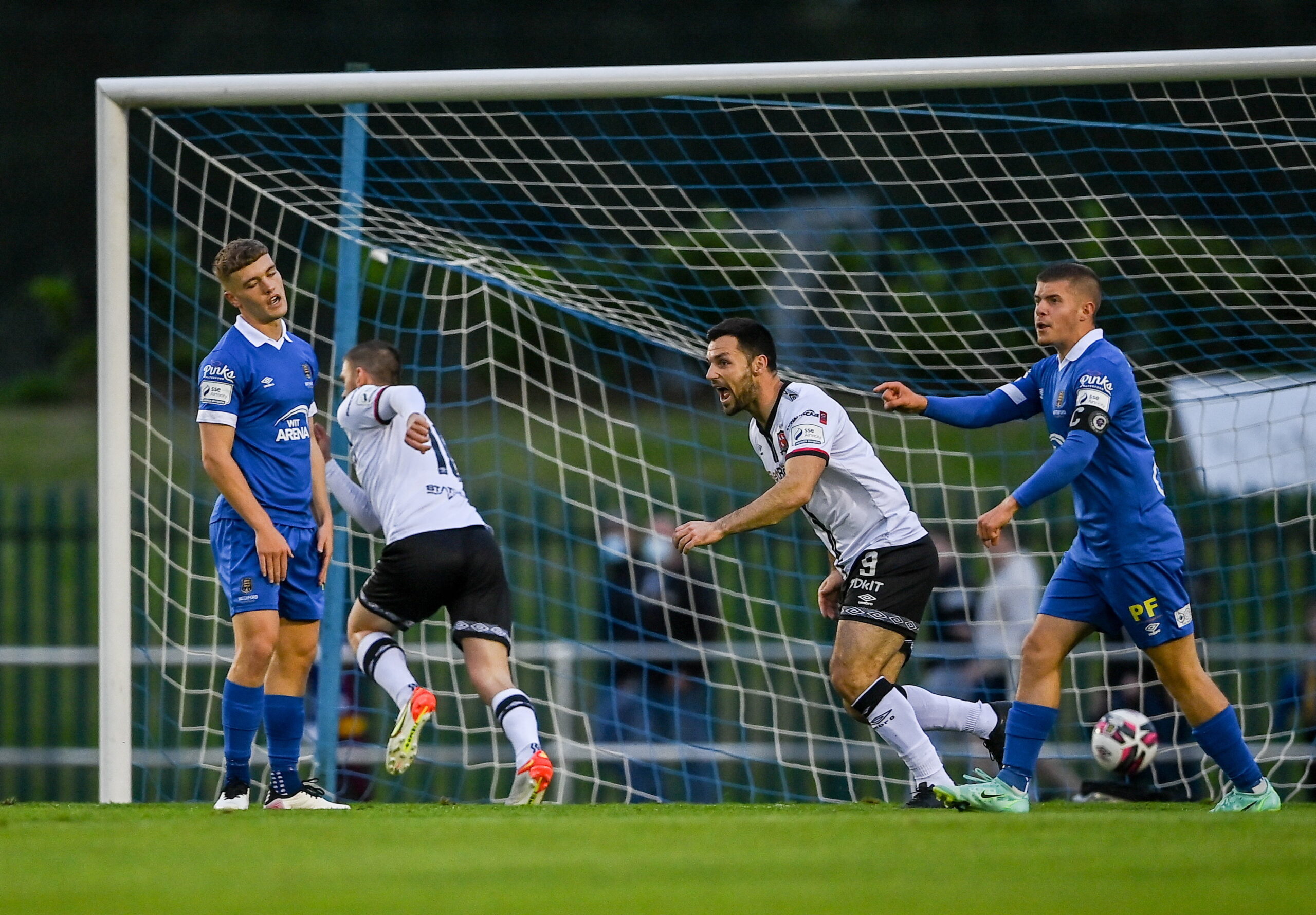 Sam Stanton, playing as an auxiliary left back, fired goalwards from just outside the box but his stinging effort was gathered by Brian Murphy at the second attempt.

Will Patching was next as he teed himself up in space however his shot was always rising and it never threatened Murphy as the Lilywhites closed out the first half an hour in front.

Eddie Nolan’s cross turned shot just before the interval looked like it could pose an issue for Abibi however it went out to safety.

The second half began with Waterford on top as they upped the intensity looking to gain an equaliser.

They came close to doing so in the tenth minute of the half when Abibi could only punch Kyle Ferguson’s cross to Phoenix Patterson inside the box but he dragged his shot wide with time to pick his spot. 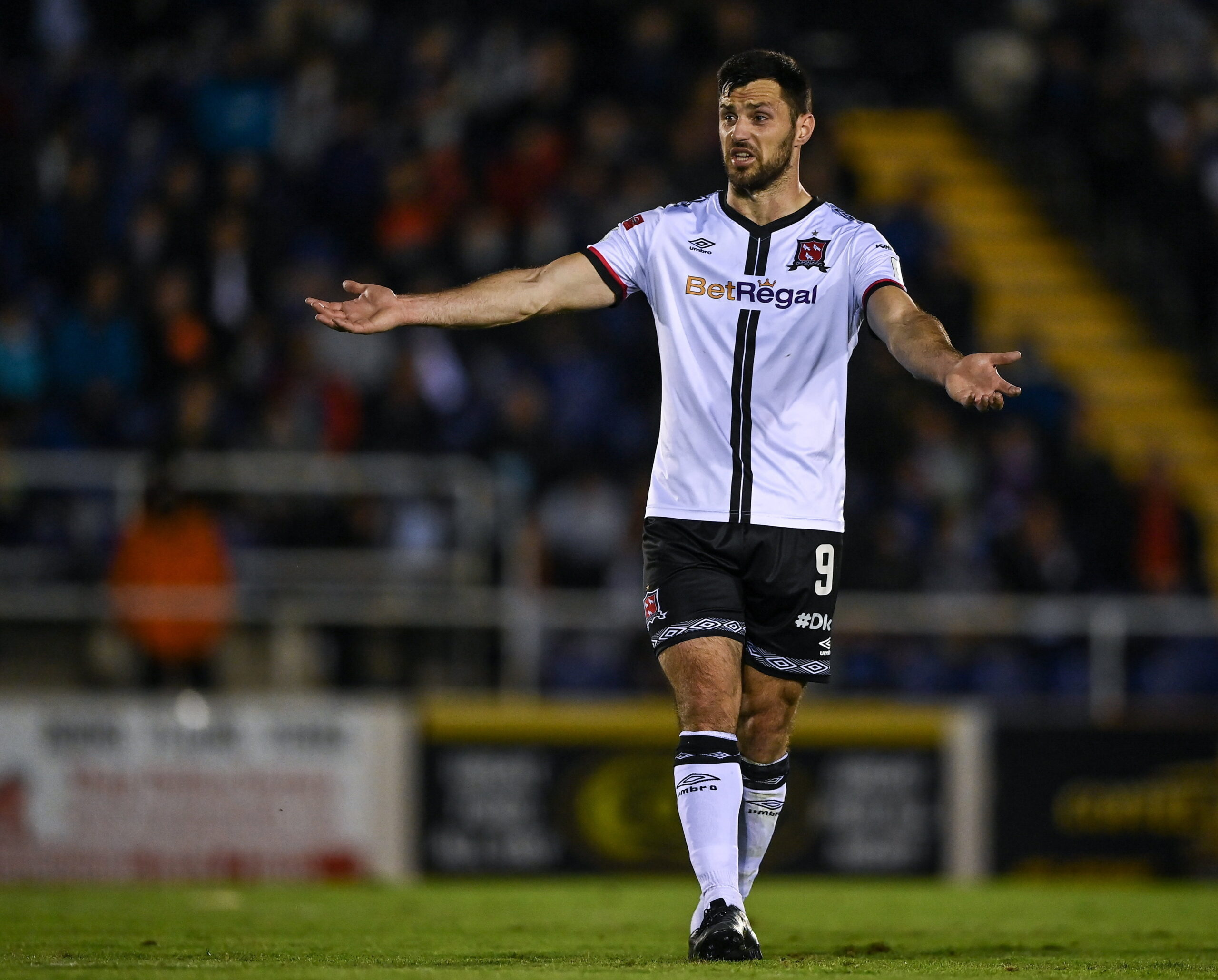 Waterford had some brief breaks forward but weren’t able to coherently attack when they got it.

Instead it was Dundalk who looked like they would add to their lead when Murray struck first time when he ghosted in behind however the effort produced a fingertip save from Murphy to keep it at one.

Sami Ben Amar looked to add to the lead and grab his second in two matches when he was on the end of Sean Murray’s pull back however he sliced it well wide of the target. 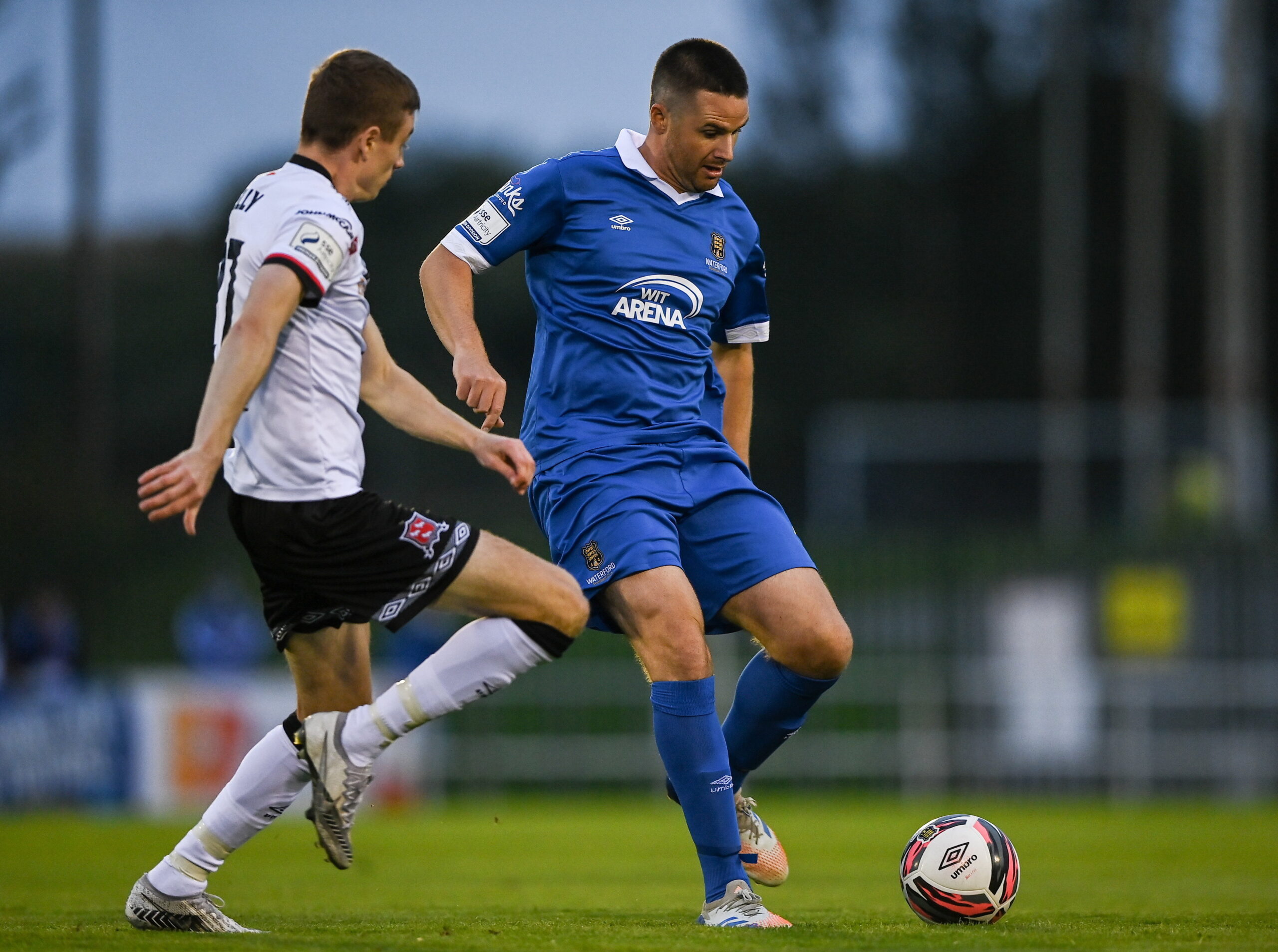 Eddie Nolan and Will Patching compete for the ball at the RSC. Photo by Piaras Ó Mídheach/Sportsfile

John Martin’s tame header was easily gathered by Abibi while his opposite number Murphy pulled off a stunning save to deny Ben Amar from point blank range.

The equaliser for the hosts did come though when Shane Griffin’s hopeful ball into the box wasn’t dealt with by Dundalk and Anthony Wordsworth’s effort trickled into the bottom right corner past Abibi.

Hoban tried to respond immediately however his effort was blocked and for Waterford, Griffin’s free-kick almost catching out Abibi but it went out of play evading everyone.

Although Waterford dominated the closing stages, there wasn’t to be a winner and both sides finished with a goal each.