The game was played just three days after Dundalk held a Liverpool team that contained Stephen Staunton scoreless and with the aftermath of Italia 90 in full swing, many of the estimated 10,000 people that packed into Oriel Park were there to see Irish heroes Packie Bonner, Chris Morris and unused sub, Tony Cascarino.

Celtic legends Charlie Nicholas and Paul McStay also lined out for the Hoops that day while Joe Miller – a future Dundalk assistant manager, played on the right-wing. 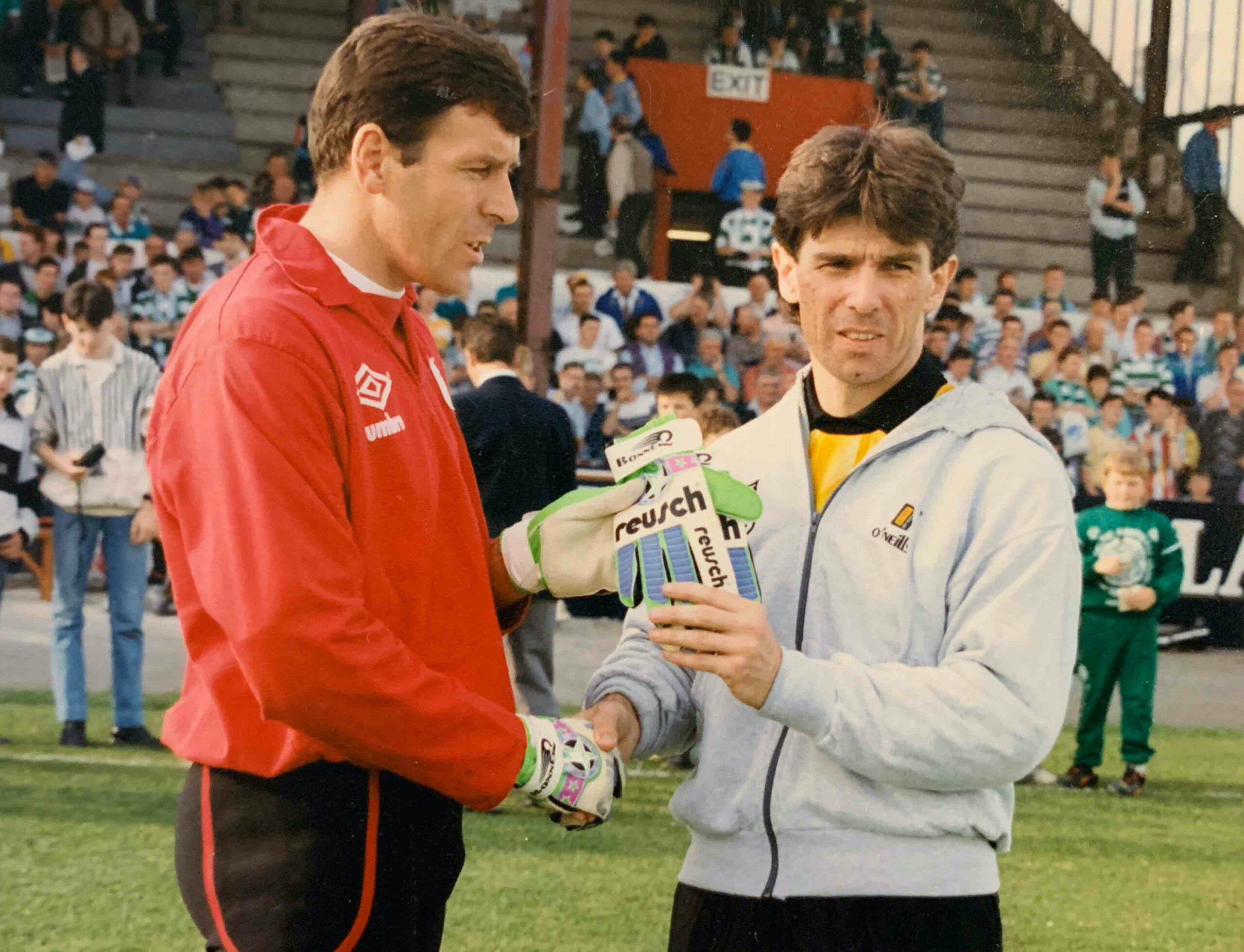 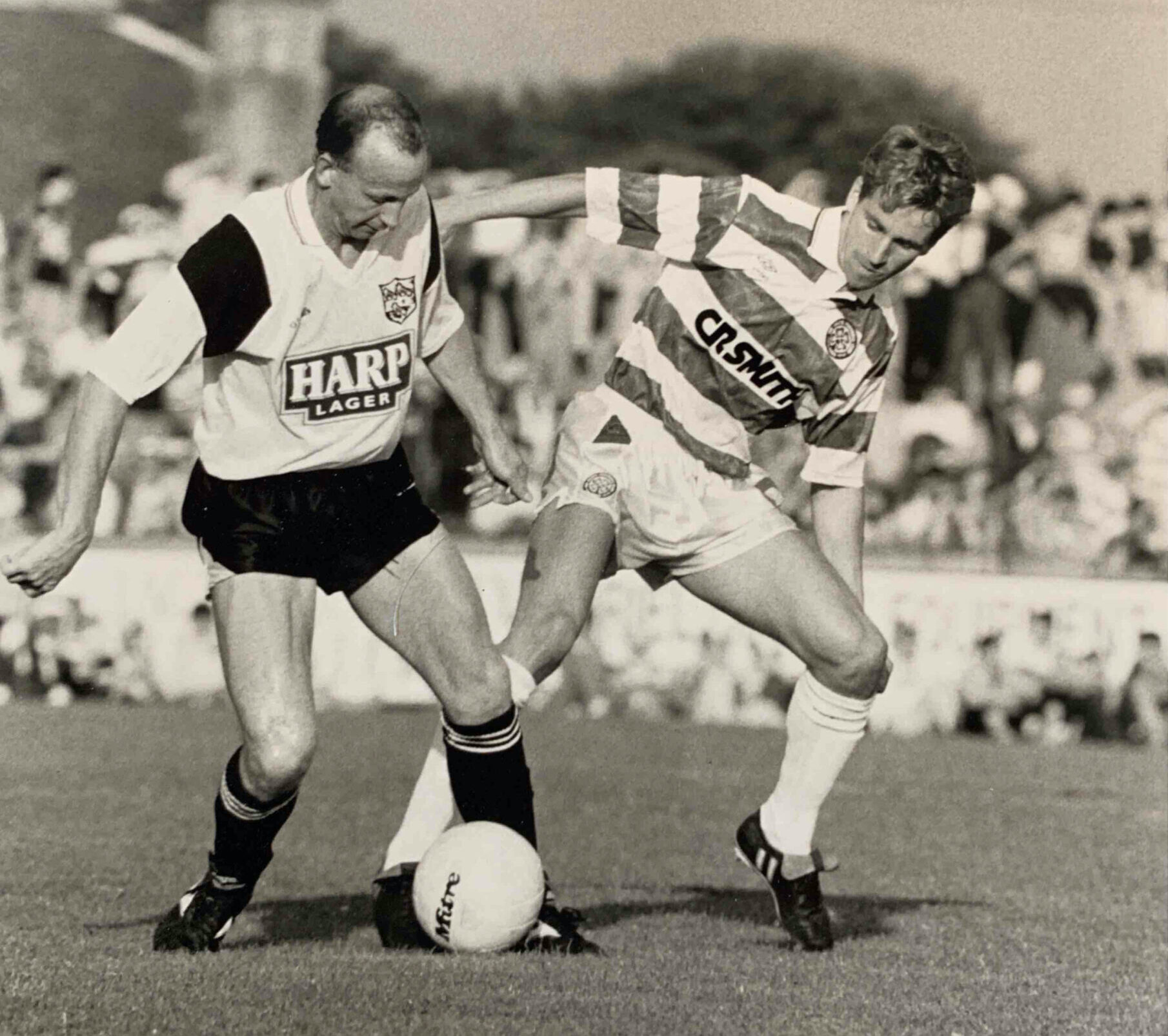 Just like they did earlier that week against Liverpool, Dundalk stood firm against their illustrious opponents with Alan O’Neill producing a number of wonderful saves to deny both Nicholas and Mick Galloway.

Fans spilt onto the roof of The Shed, with some even scaling the floodlights for a better view, and Gino Lawless almost brought the full house down with a pile driver which Bonner had to tip over the bar.