Dundalk FC is delighted to announce the appointment of Jane McDermott and Stephen Todd as Supporter Liaison Officers for the remainder of the 2021 season.

The SLO role, which was introduced and is backed by UEFA, is designed to ensure that fans have a dedicated point of contact at Oriel Park and ensure that the most common issues are raised with club officials.
The aim of the SLO team will be to build and maintain dialogue between Dundalk supporters and the club itself and work with the club on the following areas.

“I’ve been going up to Oriel Park with my dad since I was a child, and have been lucky enough to get on some of the away trips in Europe in recent years,” said Stephen. “I’m also involved in Head In The Game mental health campaign with a couple of local lads.

“I am looking forward to getting stuck into the new role and working to rebuild some sense of community and ownership for fans. I hope I can facilitate the voice of fans being heard in a meaningful way going forward.” 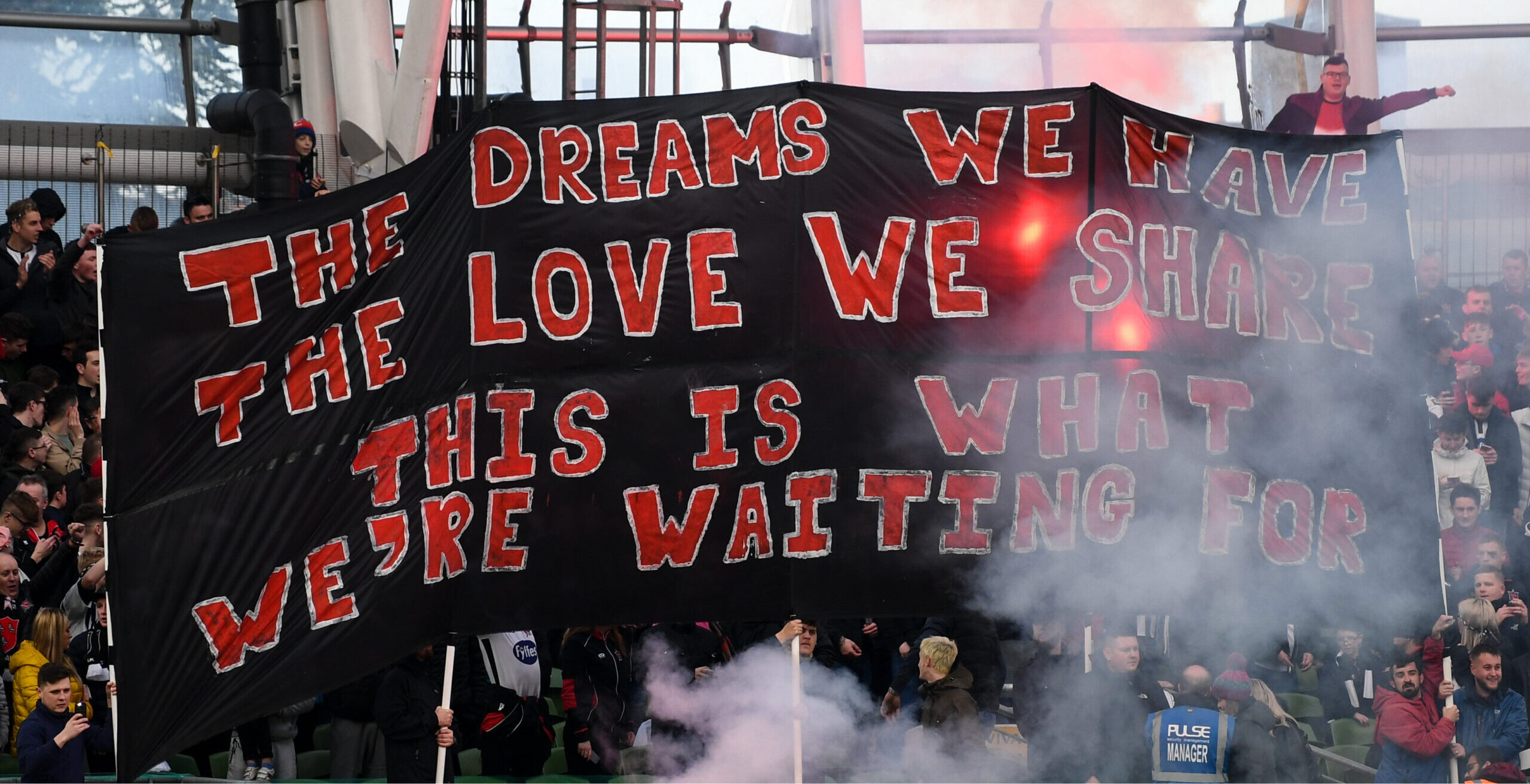 Dundalk supporters at the 2019 FAI Cup final at the Aviva Stadium in Dublin. Photo by Stephen McCarthy/Sportsfile

Jane will also fulfil the role of Disability Access Officer which will focus on the following areas.

“Dundalk FC has been a part of my extended family for as long as I can remember,” said Jane. “I love our club, our fans and our community and I think the Supporters Liaison Officer role is more important now than ever.

“I am looking forward to talking to all of our fans and finding ways to rebuild the connection between them and the club. Football is nothing without fans and the aim of this role is to remind fans of how important they are to this club and to give them a voice.”

To coincide with the launch, the SLO team has put together a quick Fan Satisfaction Survey on various aspects of the club. We would encourage all supporters to complete it and leave their feedback. You can complete the survey at this link.