Three of the Dundalk FC Academy teams are in action across the EA Sports National Underage Leagues this weekend.

The Dundalk FC WU17 side will be hoping to return to winning ways on Saturday evening as they travel to the Letterkenny to take on Donegal WL. Roberto Bonello’s side have impressed in their opening two games, and will be hoping to take another step forward this weekend by picking up their first victory in the U17 EA Sports Women’s National League. 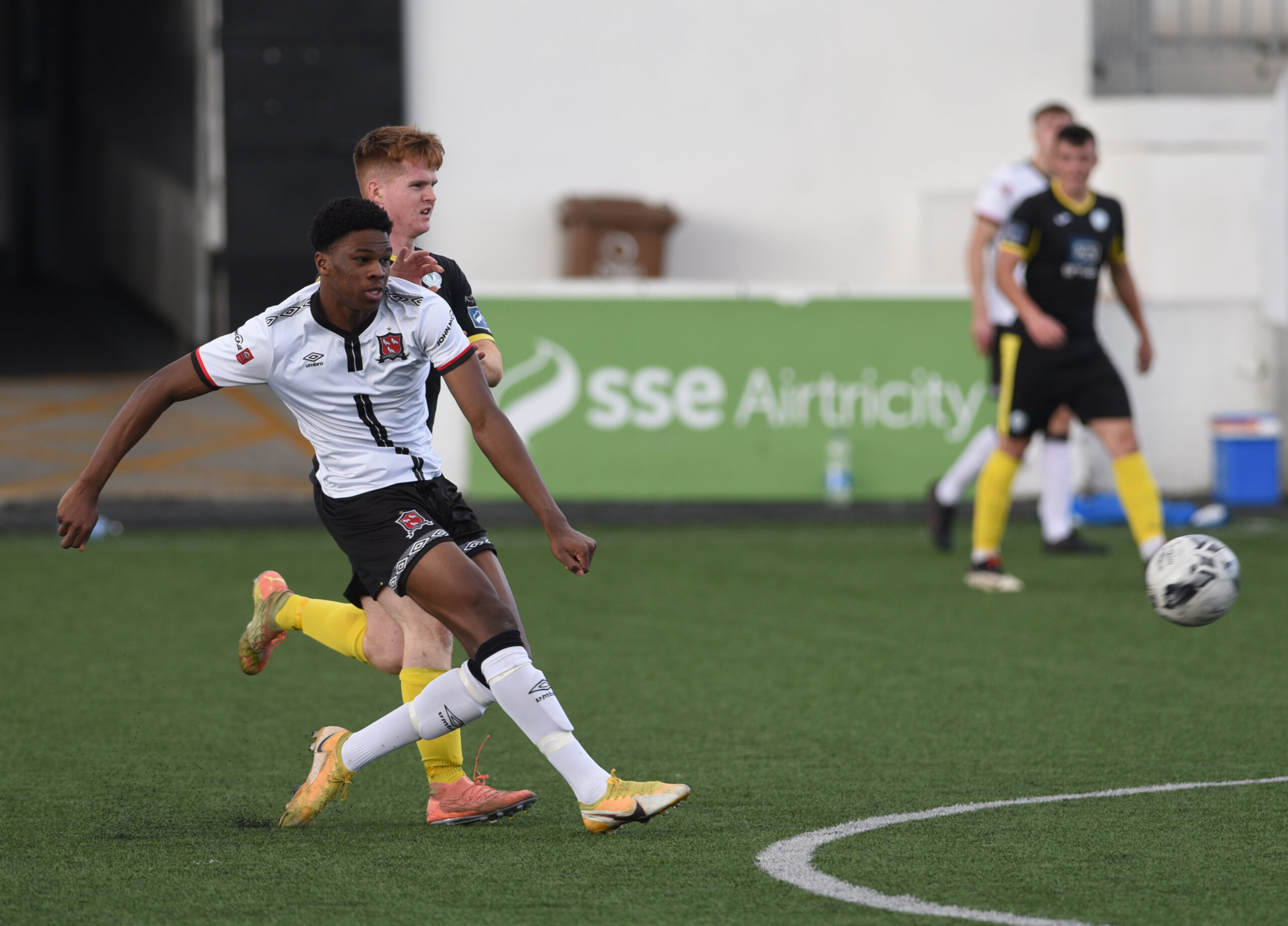 Mayowa Animasahun of the U19s

Tiarnan Mulvenna’s U19 side will be keen on continuing their unbeaten start to the season when they host the Bohemians U19s on Sunday afternoon at Oriel Park. Victorious on the opening week of the season, the Lilywhites were held to a 1-1 draw with Athlone Town this weekend.

With three of the squad in action for the Ireland U18s win over Scotland on St Patrick’s Day, the rest of the side will be looking to put down a marker against one of the top academy teams in a country come Sunday afternoon.

In the final action of the weekend, the Dundalk U15s will be aiming to pick up their first win of the season as they travel west to take on Galway United on Sunday evening.

Despite having good spells in both of their games this season, the Lilywhites find themselves without any points to show for their hard work, and will be hoping to turn that around against a difficult Galway side who will push Simon Kelly’s team all the way.