The Dundalk FC Academy sides were all in action in the National Underage Leagues over the weekend. 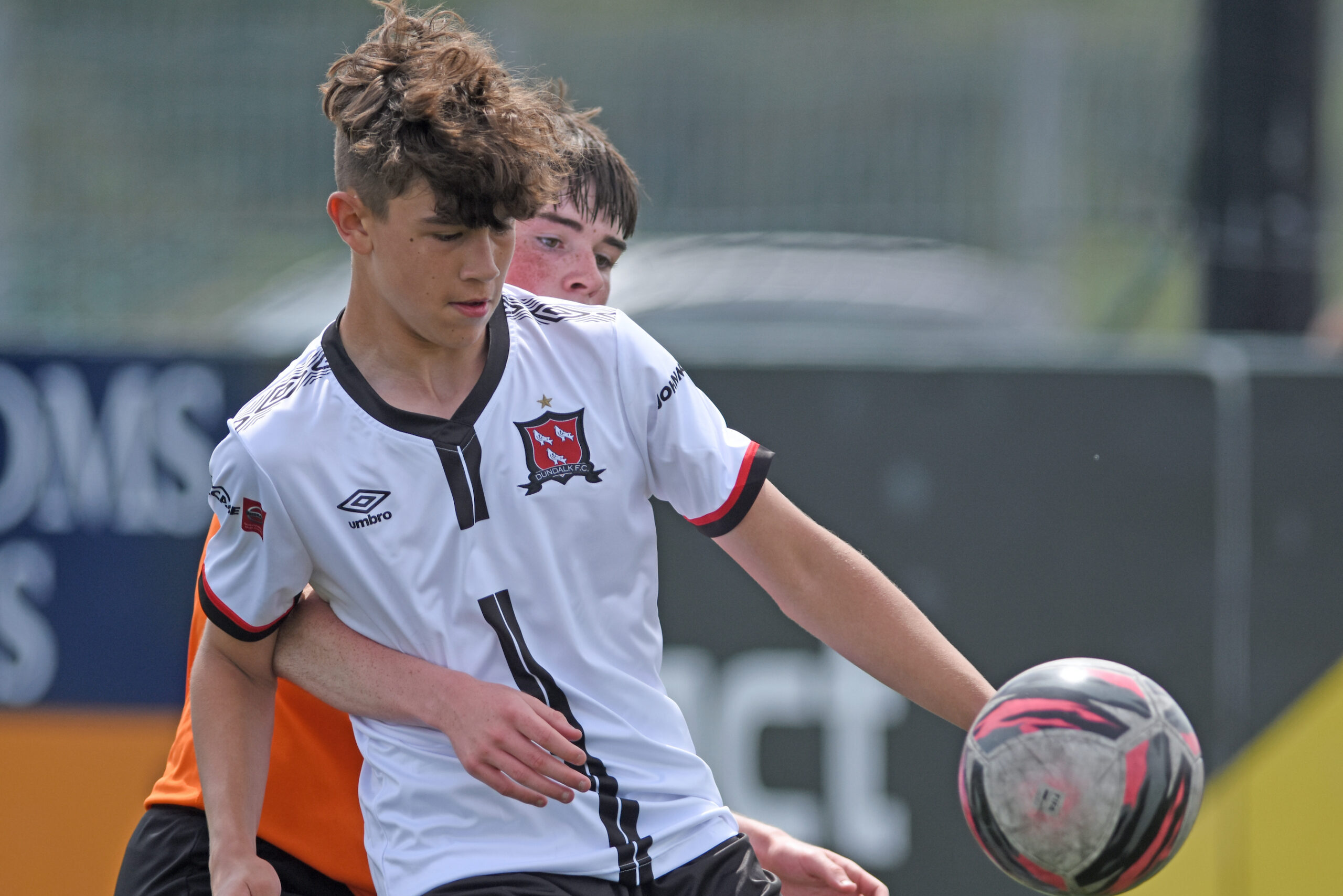 Simon Kelly’s U14 side turned in a performance of the highest calibre early on Saturday afternoon as they hit Longford Town for six at Oriel Park.

Dundalk started the game well, finding gaps in the Longford backline in the early minutes. They hit the woodwork twice in the opening five minutes before taking the lead in the eighth minute when a quality pass from Danny Putnam found Runako Sweetman and he made no mistake with his finish past Jack Brehony in the Longford goal.

The Lilywhites dominated possession until they bagged their second goal on 28 minutes when Niko Lovrenkovic’s shot slipped from Brehony’s grasp and over the line.

Dundalk emerged for the second half and continued the game in the same manner as they had played the first, pinning Longford in their own half and creating numerous chances. They were soon rewarded for their dominance once again when Lovrenkovic’s shot was palmed straight into the path of Conall Alfred and he made no mistake.

Alfred bagged a second less than 10 minutes later when he glanced a header in at the near post to make it 4-0. Just four minutes later the young Lilywhites would add a fifth when Putnam hammered home from just inside the box before Alfred completed his hat-trick in the final stages with an excellent run and finish.

It finished 6-0 at Oriel Park, making it two wins from two to begin Simon Kelly’s first season in charge of the U14s. 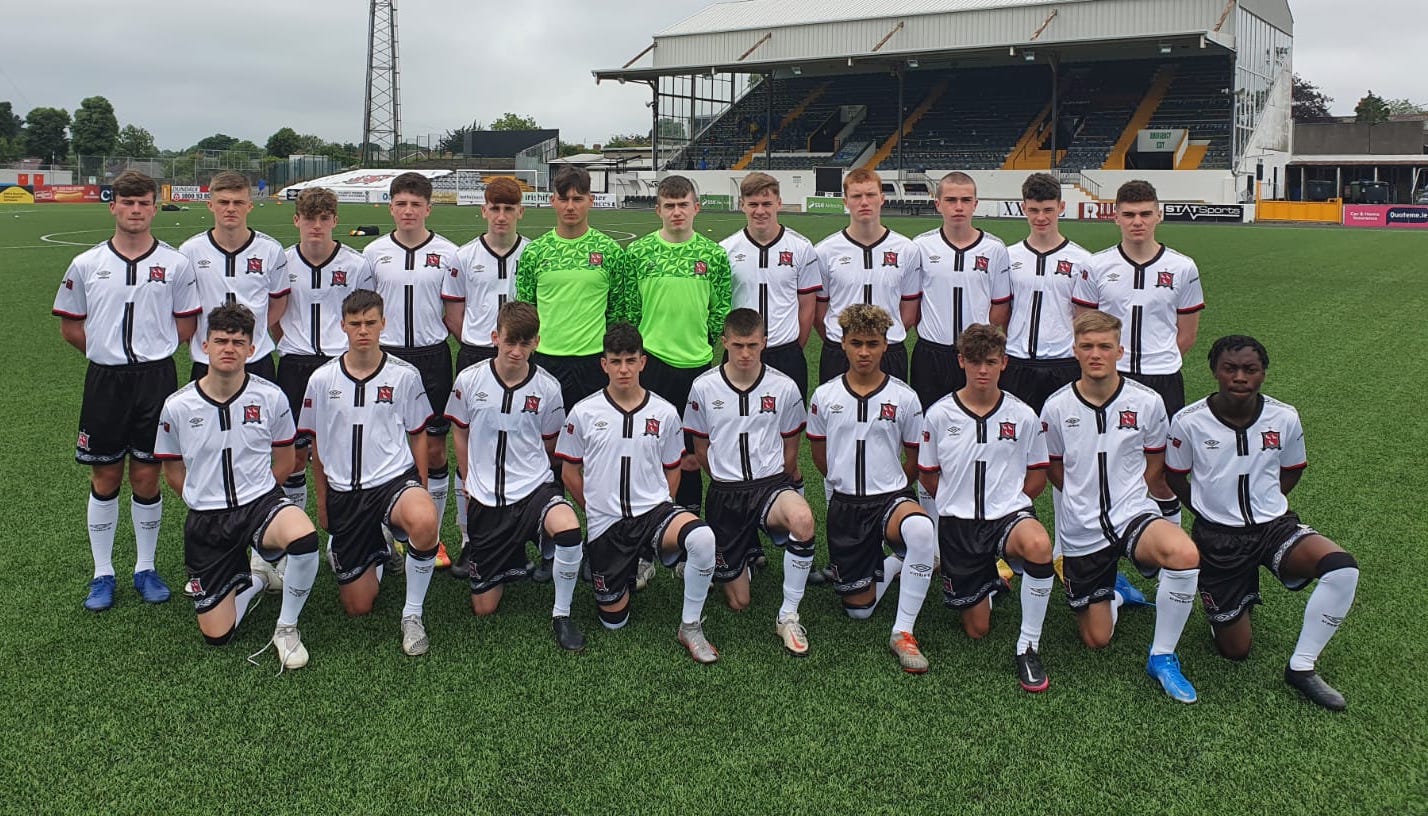 Darren McGarry’s U17 side

Dundalk got off to a flier when Dualta Honney scored for the third successive game, getting on the end of a brilliant pass from Senan Mullen to knock it past the onrushing Shane Adair in the Harps goal with just 12 seconds on the clock.

The Lilywhites controlled the ball in the early minutes and Harps’ first effort on goal arrived in the 10th minute when Ryan Creeny fired over from range.

McGarry’s side took control for a long period after Creeny’s shot with the front three of Josh Hand, Jack Watters, and Honney all causing problems for the Harps backline and they were rewarded for their dominance in the 34th minute when Honney’s clever flick found Eoin Kenny in the six-yard box, and his effort slipped through Adair’s hands and rolled over the line to double the young Lilywhites’ lead.

Watters nearly made it 3-0 just a minute later when he skipped past Josh Martins only to see his effort crash off the post and away to safety and the half-time whistle blew with the U17s two goals to the good.

The Lilywhites began the second half just as they had the first and they bagged their third goal of the afternoon just 20 seconds after the restart, Josh Hand applying the finishing touch.

Chances for Harps were few and far between but they had a chance to pull one back in the 67th minute when Jamie Morris went clean through on the left wing but his effort hit the side netting.

Dundalk continued to push for more goals but failed to add to their tally and the game finished 3-0 to McGarry’s side, making it three games unbeaten to start the season. Next up for them is Athlone Town at home next Saturday at 3pm. 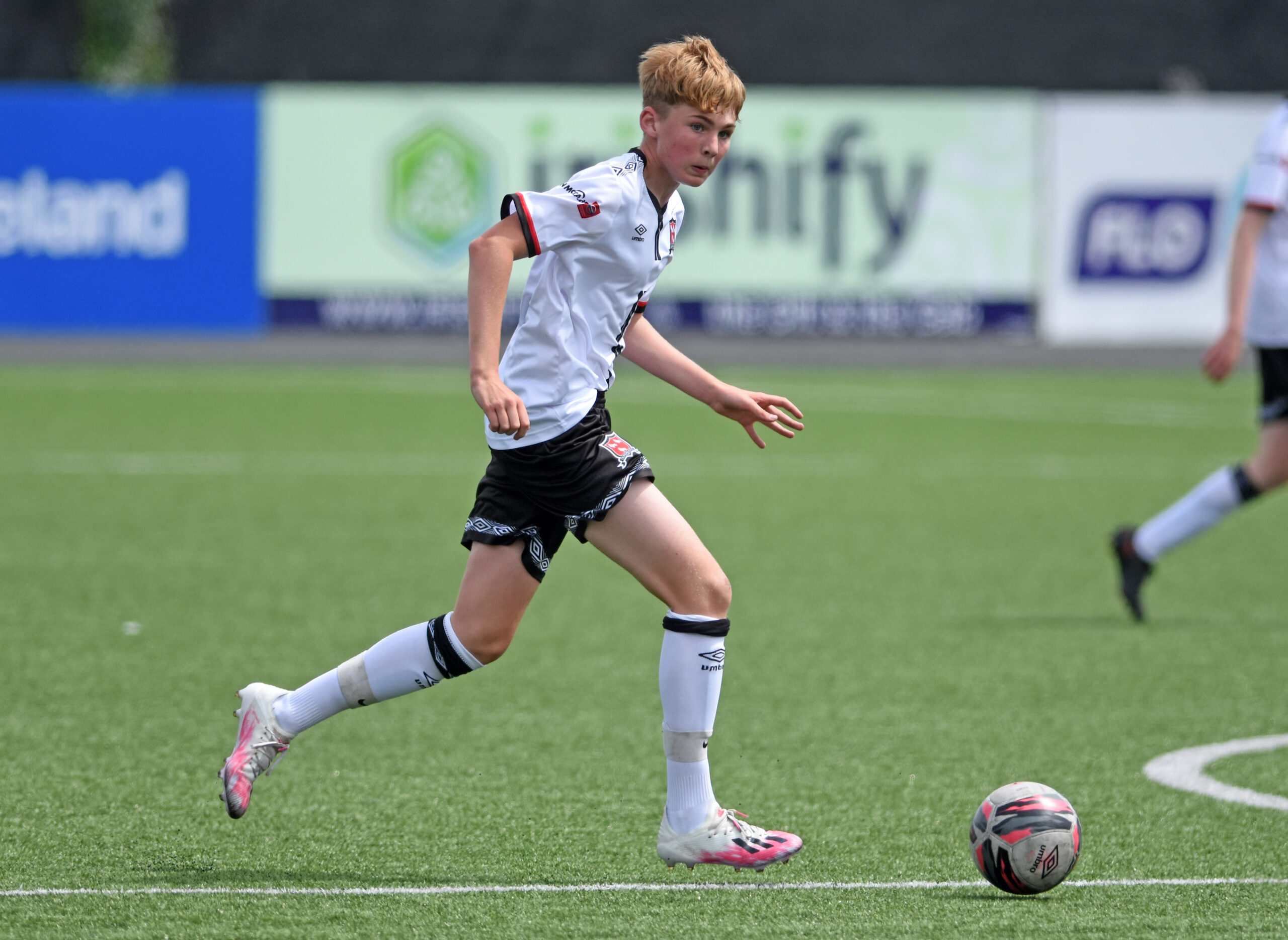 Conor Woods’ U15 side were on their travels at the weekend when they took on Longford Town at a wet and windy Bishopsgate on Sunday afternoon.

Both sides were set up in a 4-3-3 formation, and it was Dundalk who got the better of the opening exchanges to take the lead when a well-worked set-piece found its way to captain Ben Miller who finished it off. However, the Lilywhites weren’t in the lead for long, as Longford quickly equalised from a set-piece of their own to draw level heading into the break.

Dundalk took control of the game after the restart and they had two goals ruled out for marginal offside decisions. The young Lilywhites soon grabbed the long-awaited second goal of the afternoon though. A break down the left found Adam Mullins at the back post and his cutback was cleverly finished by Jack O’Flaherty.

There was a feeling of déja vu just minutes later when Longford equalised through yet another set-piece but despite the concession, head coach Conor Woods ensured his players remained focused and they continued to create opportunities in attacking areas.

Dundalk were soon rewarded when Sam Case, who came on at half-time, scored a quickfire brace to secure all three points for the Lilywhites to secure their first win of the league season. 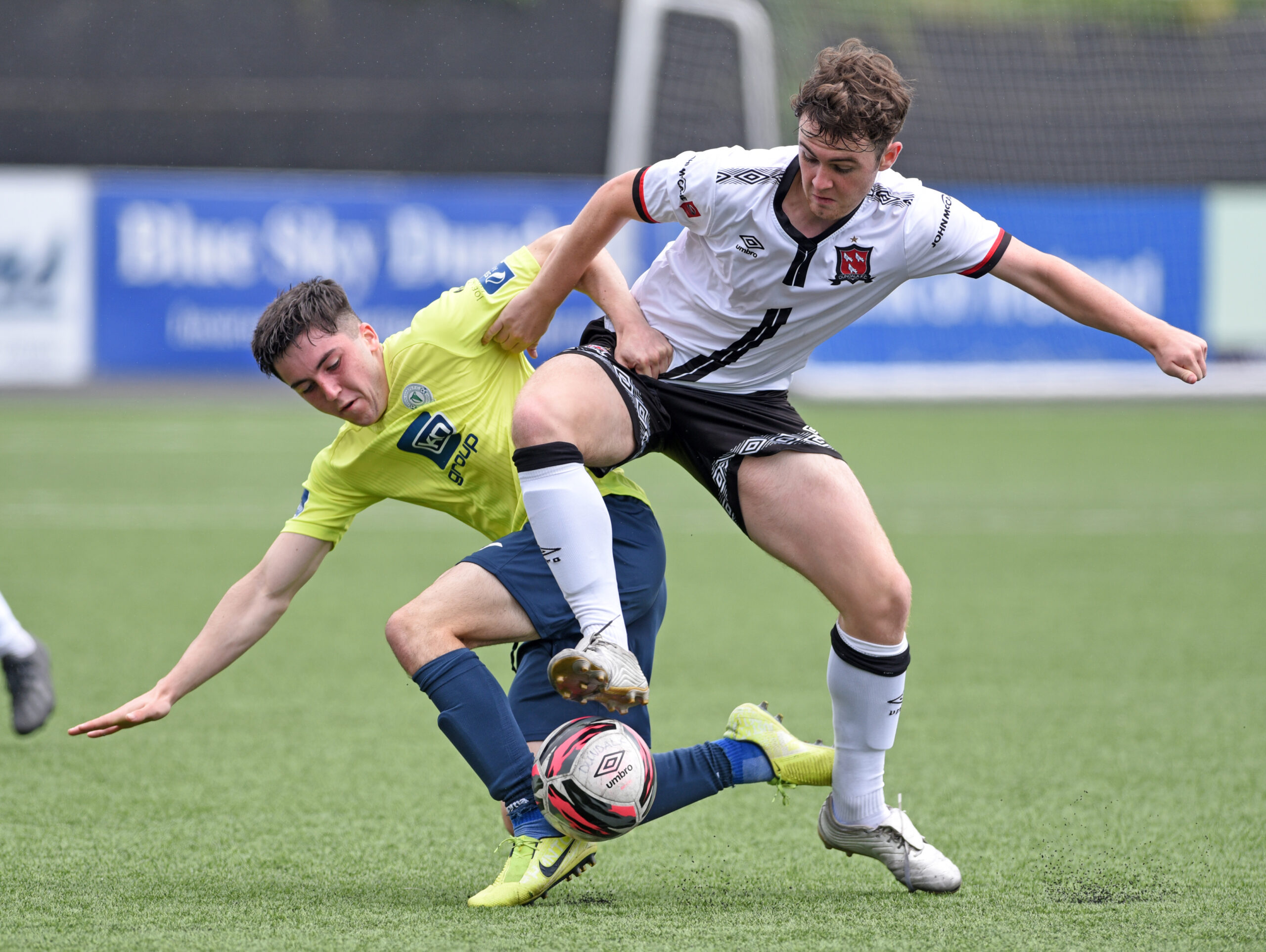 Dundalk’s Liam McNamee in action against Finn Harps in the U19 game at Oriel Park. Photo: Ciaran Culligan

The final EA SPORTS National Underage League game of the weekend saw the Dundalk U19 side host Finn Harps at Oriel Park on Sunday afternoon.

It was a tight affair in the early stages, up until the 25th minute when Finn Harps were reduced to 10 men following a controversial red card decision. Following the sending off, Dundalk took full control but Harps dug in to make it to the break on level terms with the best chances falling to striker Ebuka Kwelele.

Stephen McDonnell’s side took the lead early in the second half when a set-piece was finished by Kwelele and the Lilywhites controlled the game for large periods after that without causing any real problems until they added a second with Kwelele again providing the finishing touch.

Dundalk went on to control the rest of the game, bringing on two of the U15s who were drafted in for the game; Kuba Bidzinski and Ethan Sousa, the latter of whom was sent off late on after two yellow cards.

It was another controversial sending-off from the referee but the U19s saw the game out to pick up their first league win of the season and make it a clean sweep of Academy wins in this weekend’s fixtures.