Dundalk made it three wins in a week with a hard-fought 2-1 victory over Bohemians at Oriel Park on Monday evening, a win that was helped in no small part by a superb performance from Daniel Cleary.

Goals from Sam Stanton and Patrick Hoban put Dundalk 2-0 up and even though Tyreke Wilson’s crisp strike set up a tense finish, Vinny Perth’s men held on for three precious points that moves them ahead of Waterford and out of the relegation playoff spot with eight league games to play.

Speaking to dundalkfc.com after the game, Cleary was understandably delighted with the win and was full of praise for his teammates after a tough encounter against Keith Long’s side.

“It was a tough, well earned three points,” he said. “We had a good first half and then got the goal in the second. After that, we died off them a little because the squad is quite depleted and we didn’t have the options to change it up but the lads dug in and they really put their bodies on the line.

“We expected that they would come at us at the end of the game but we dealt with it well and we are delighted with the three points. ”

The 25-year-old believes that the recent victories over Finn Harps, Sligo Rovers and Bohs have given everyone at Oriel Park a huge boost. 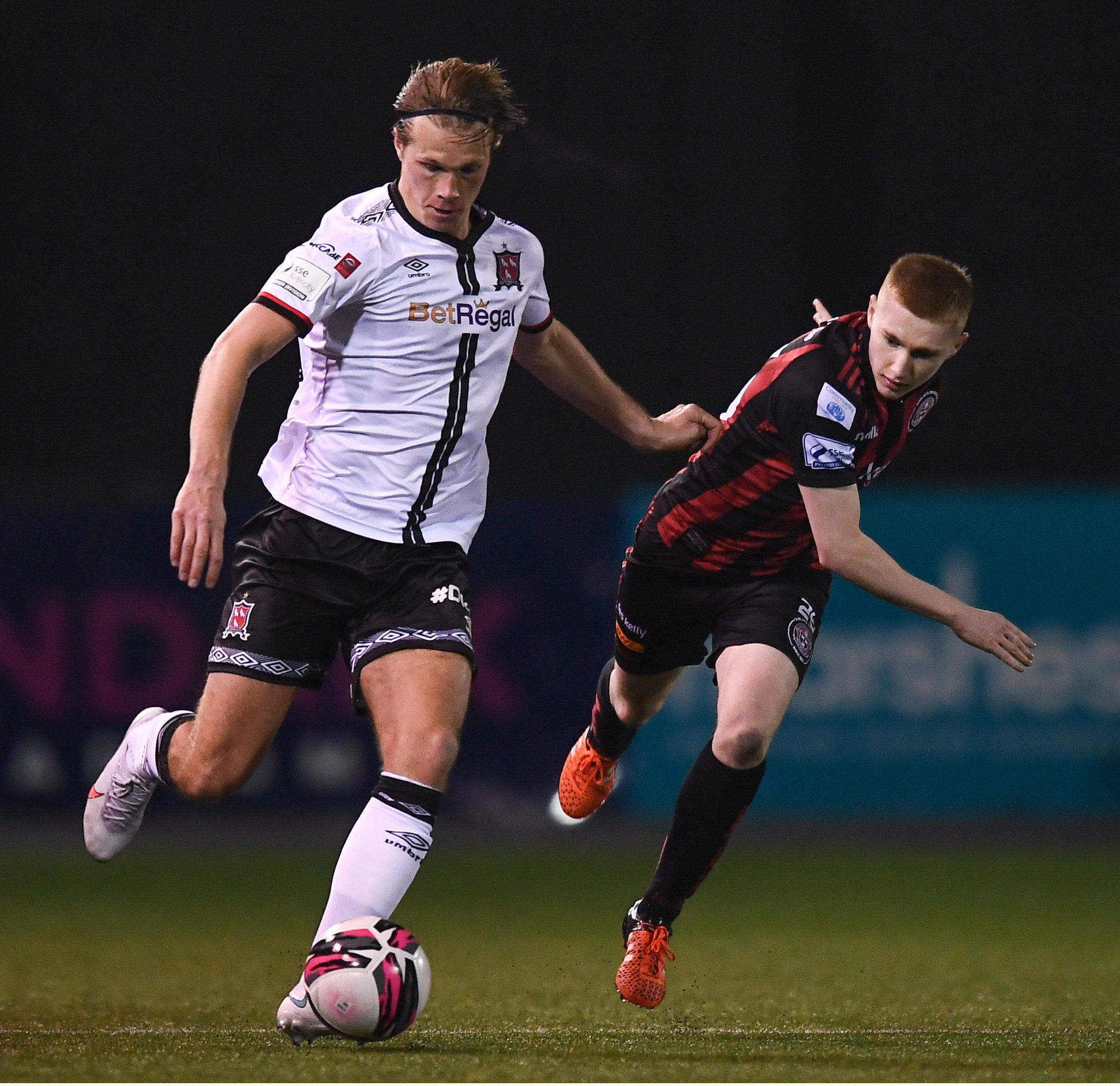 “The past week has changed the atmosphere around the place. Getting to the FAI Cup semi-final and then the two wins just gives us a boost in the league as well.

“We’ve had a lot of illness in the camp. I am only coming back to myself but I think those results were coming. It’s not as if we were playing badly. Things just weren’t going our way. We weren’t getting the luck that we deserved but the past week we have worked so hard and we got what we needed. We want to kick on now.”

After three successive home matches, Dundalk are on the road once more this Friday when they head to Ballybofey for the second time in a fortnight for what will be a third meeting of the sides in the space of 14 days.

Cleary is looking forward to the battle ahead and said Dundalk knew exactly what to expect from Ollie Horgan’s men.

“Finn Harps is going to be tougher than Monday night. They are going to do what they do – and they do that very well. They will make it difficult for us up there and they will be well up for it.