Dundalk’s wait for a first win of the 2021 SSE Airtricity League season goes on after Cameron McJannet’s equaliser secured Derry City a share of the spoils at the Ryan McBride Brandywell on Tuesday night.

Substitute David McMillan put the Lilywhites in front with a brilliant finish in the 54th minute but the lead lasted just seven minutes as McJannet took advantage of some poor defending to prod the ball home from close range.

The result leaves Dundalk third from the bottom in the Premier Division table with a return of just three points from the opening six games. 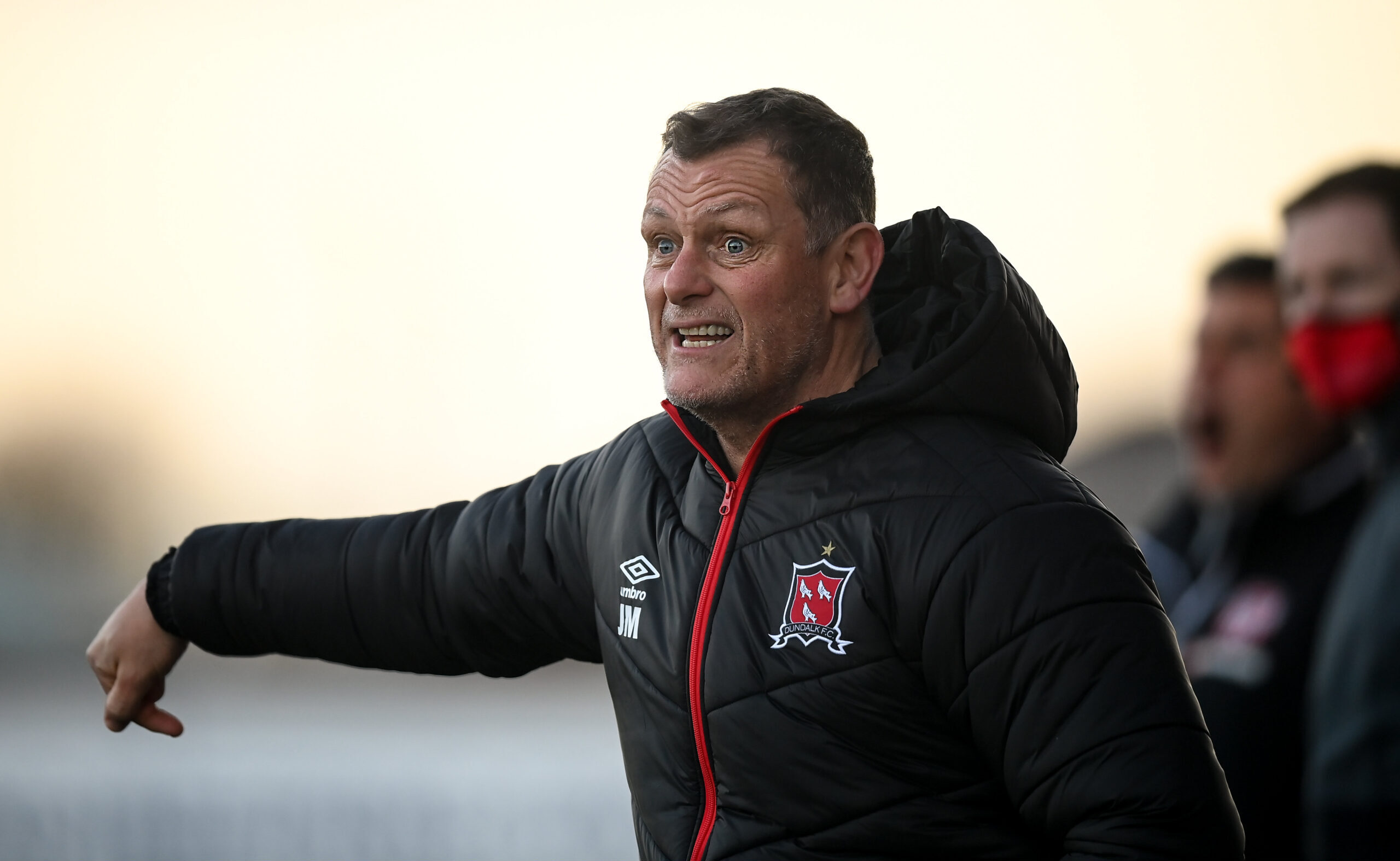 Sporting director Jim Magilton, along with academy manager Stephen McDonnell and coach Giuseppe Rossi, took charge of the side with Patrick McEleney and Junior restored to the starting XI in place of Ole Erik Midtskogen and Han Jeongwoo respectively.

The Lilywhites started well with Patrick Hoban and Junior heading off target inside the opening seven minutes and McEleney also placed an effort just wide of Nathan Gartside’s post before the game had reached the quarter-hour.

Declan Devine’s side settled into it after that without really threatening Abibi’s goal. The Lilywhites, who had Andy Boyle and Daniel Cleary booked in the first half, were then dealt a blow in the 35th minute when Hoban limped off with an injury to be replaced by David McMillan and a drab half ended scoreless. 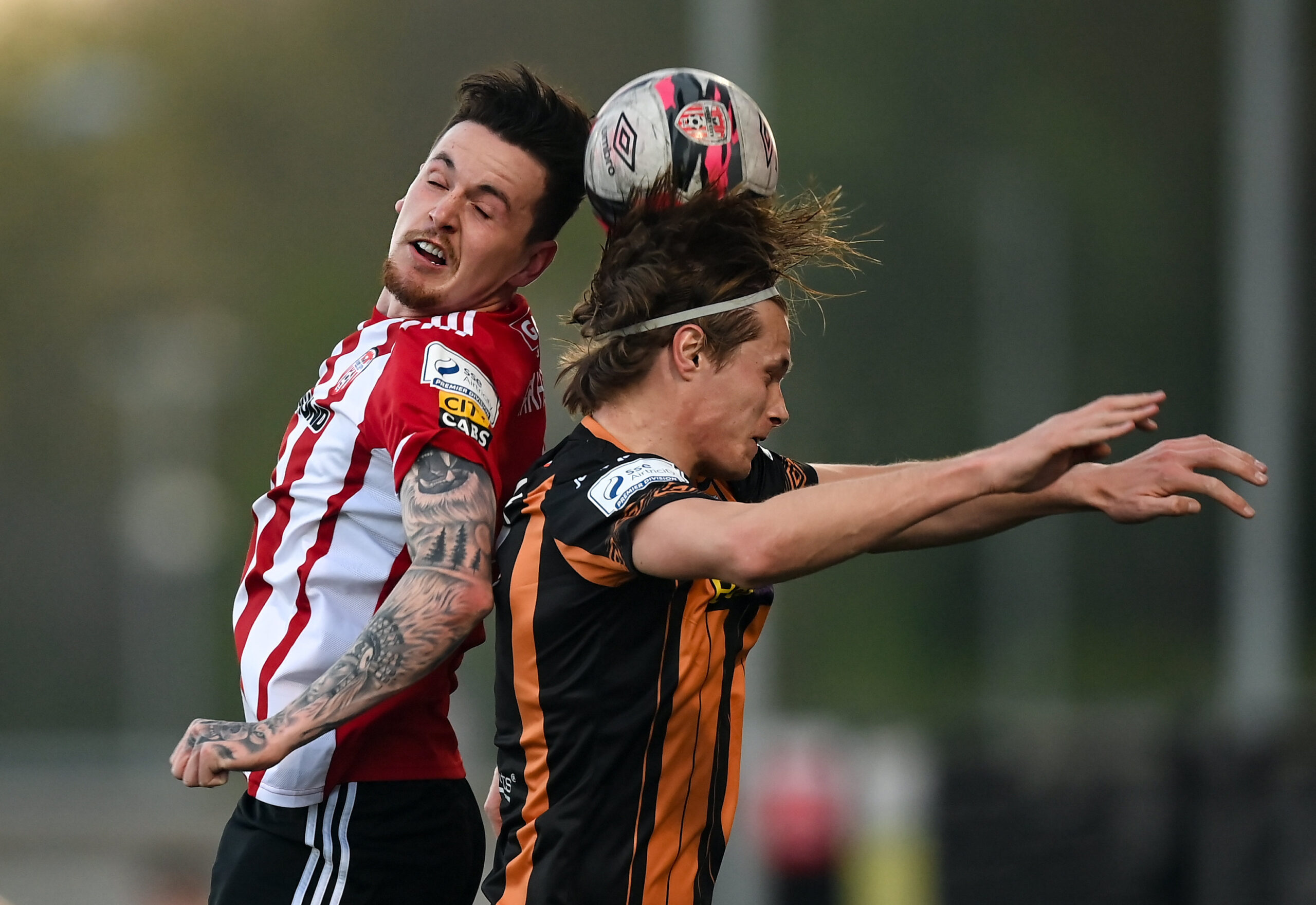 David Parkhouse of Derry City in action against Daniel Cleary of Dundalk during the SSE Airtricity League Premier Division match between Derry City and Dundalk at the Ryan McBride Brandywell Stadium. Photo by Stephen McCarthy/Sportsfile

Dundalk hit the front nine minutes into the second half with a brilliant team goal. McEleney collected the ball with a sublime touch and released Duffy down the left and his cross to the near post was tucked home by McMillan.

Sam Stanton almost added a second less than two minutes later when he broke clear but Gartside stood firm to push his effort away and keep the Candystripes in it and that save proved to be vital when Cameron McJannet forced home an equaliser on the hour mark after Dundalk failed to deal with a delivery into the penalty area.

Magilton and co reacted by making a double substitution with new signing Wilfried Zahibo introduced for his debut in place of Stanton while Midtskogen came on for Junior. Sean Murray followed shortly after to make his first appearance of the campaign. 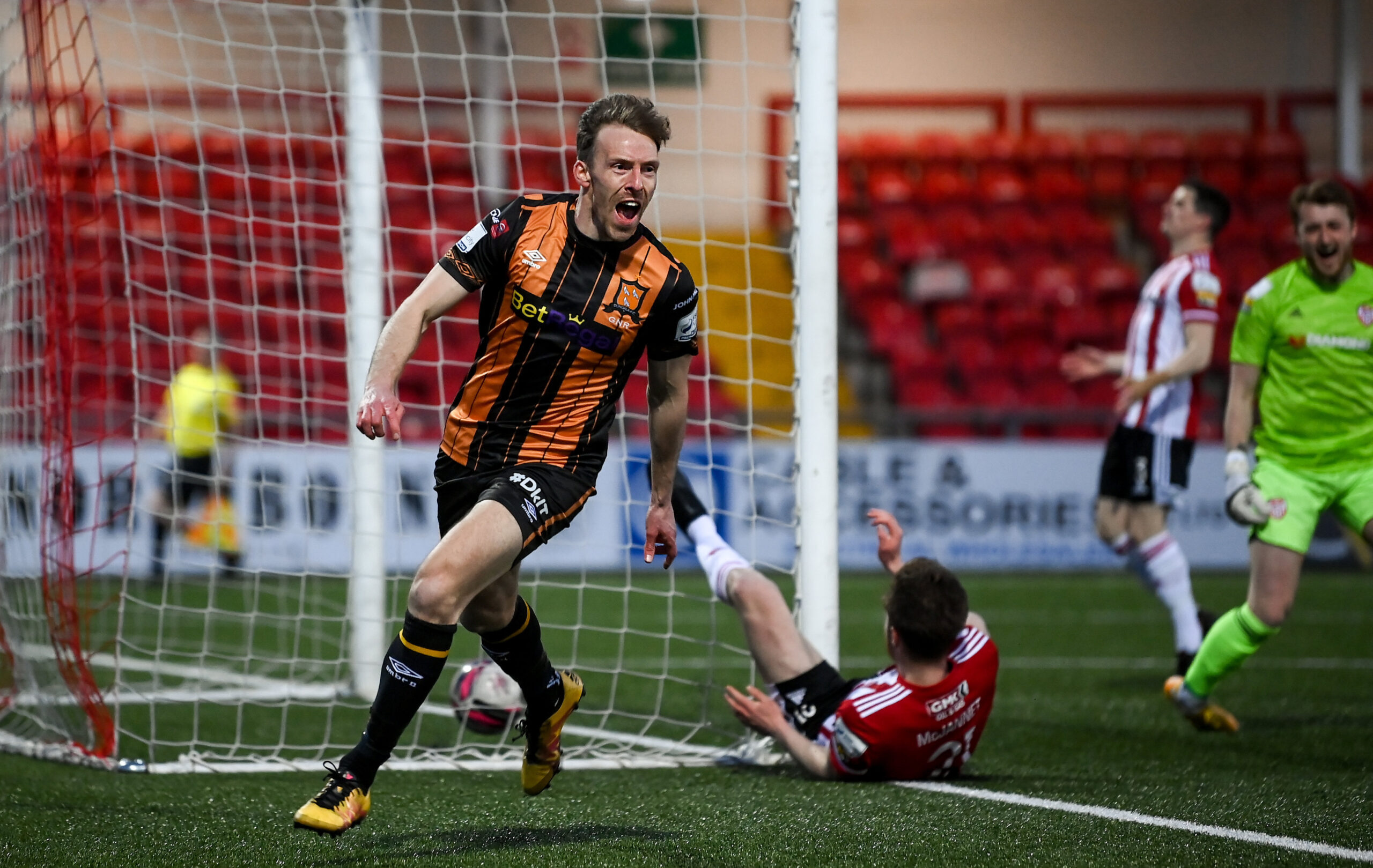 David McMillan of Dundalk celebrates after scoring his side’s first goal during the SSE Airtricity League Premier Division match between Derry City and Dundalk at the Ryan McBride Brandywell Stadium in Derry. Photo by Stephen McCarthy/Sportsfile

Will Fitzgerald curled a free just over the top for the natives as the game became stretched in the final 20 minutes and McMillan also dragged an effort wide of Gartside’s left-hand upright as Dundalk pushed hard for a winner.

The Derry City ‘keeper made a stunning save to deny McMillan with just three minutes to play after the striker was picked out by Raivis Jurkovskis and lady luck turned her back on Dundalk again just seconds later when Cameron Dummigan saw a screamer crash off the bar with the last action of note.