Dundalk booked their place in the second round of the extra.ie FAI Cup with a 4-0 win over Longford Town at Oriel Park on Friday night.

All the goals came in the second half – a double from Greg Sloggett, Joe Adams and Patrick Hoban all on the scoresheet.

Stephen O’Donnell made two changes from the side which beat Finn Harps last week with Nathan Shepperd returning to goal after injury in place of Peter Cherrie and new signing Runar Hauge starting in place of Daniel Kelly.

It was a scrappy opening but it was Dundalk who had the better of it with Greg Sloggett shooting wide after a good move by Paul Doyle.

Patrick Hoban then had two efforts – the first a header which went well wide but a volley next was inches over the bar after a blocked shot from Keith Ward.

New man Runar Hauge had an impressive opening half and his shot warmed the palms of Luke Dennison but the goalkeeper grabbed easily. 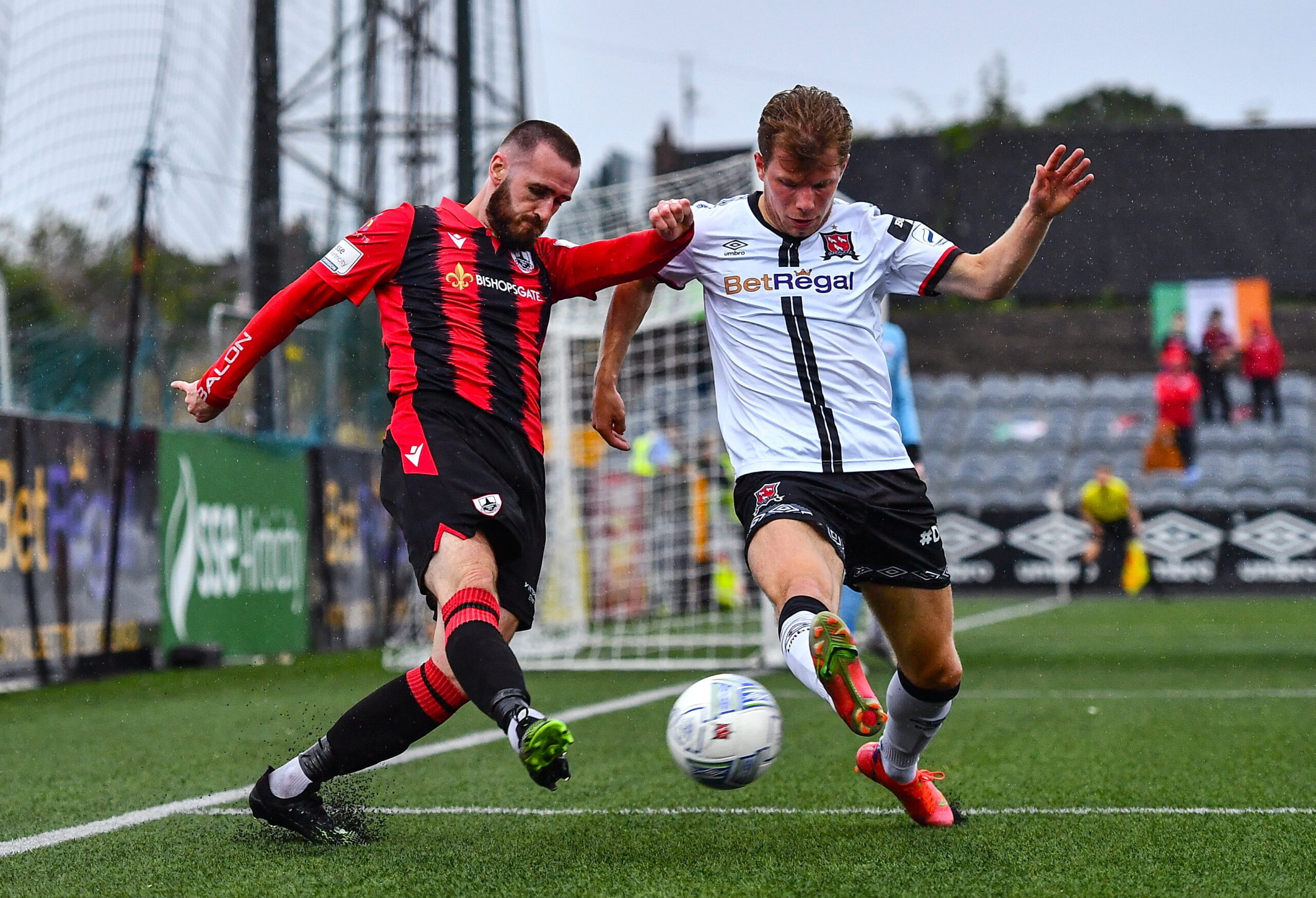 Darragh Leahy was next to try his luck but Dennison was equal to it.

Dundalk started the second half the better again and it was Ward again with a snapshot which was pushed wide by the goalkeeper.

Bradley looked like he was going to score when he danced into the box but didn’t shoot in time and the shot was blocked.

Adams looked like he was going to open the deadlock from a stunning Sloggett cross but his header was sent wide.

The deadlock would be broken though on 58 minutes when Adams broke into the box and shot but his effort was blocked by Dennison, straight into the path of Sloggett who tapped home. 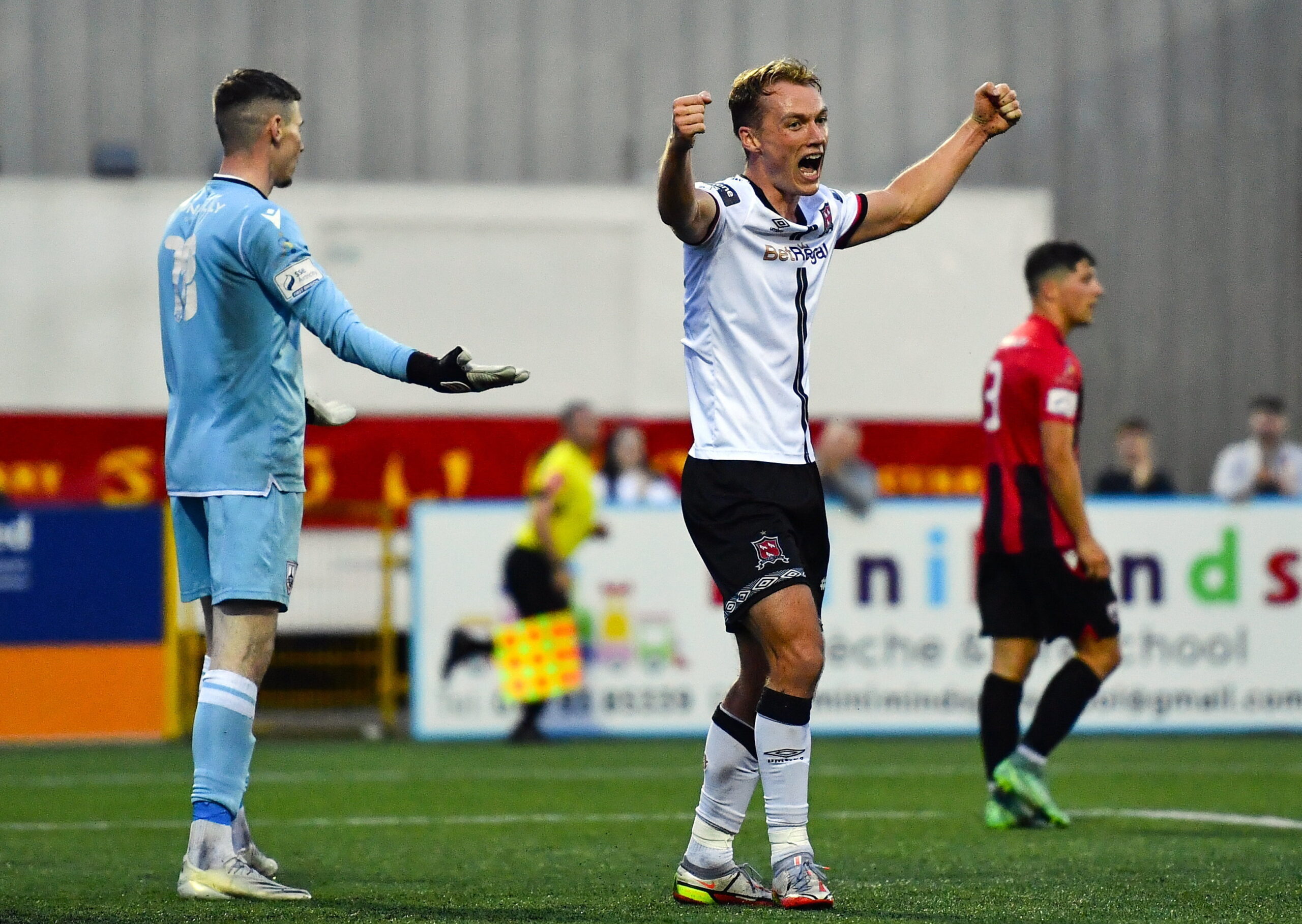 Greg Sloggett celebrates after his second. Photo by Ben McShane/Sportsfile

It was 2-0 when Hoban thumped a header home from a Bradley cross.

It was 3-0 when Adams did get his goal just after the hour mark as his shot squirmed under the goalkeeper.

The goals kept coming and it was 4-0 when O’Kane did brilliantly on the left to find the arriving Sloggett and he hammered the ball to the net from close range.

The Lilywhites then went looking for more as McMillan and O’Kane both had chances to extend while Martin was through on goal but he shot straight at the goalkeeper.

Martin had the ball in the net but was ruled out for offside and there were no further goals as O’Donnell’s men march on to the next round.