Dundalk kept their European qualification hopes alive with a late win against Drogheda United in the Louth Derby on Thursday night at a bitterly cold Head in the Game Park.

Daniel Cleary’s late goal, via goalmouth scramble, was enough to secure all three minutes with less than five minutes remaining on the watch.

Head Coach Vinny Perth made two changes from the side which defeated Waterford last Friday with Sam Stanton, returning from injury, and Cameron Dummigan coming in for the injured Greg Sloggett and Raivis Jurkovskis, who has returned to his native Latvia following a family bereavement.

It was a frantic opening with both sides struggling to retain possession and the only chance of note was Joe Redmond failing to control a corner at the near post.

Patrick Hoban nodded just over the bar next from Michael Duffy’s corner while Sean Murray at least did warm the gloves of David Odumosu however there was no power in his header.

Daniel O’Reilly had the ball in the net for the home side when his header off a Ronan Murray corner found its way to the net but the linesman spotted that the ball had gone out of play from the dead ball. 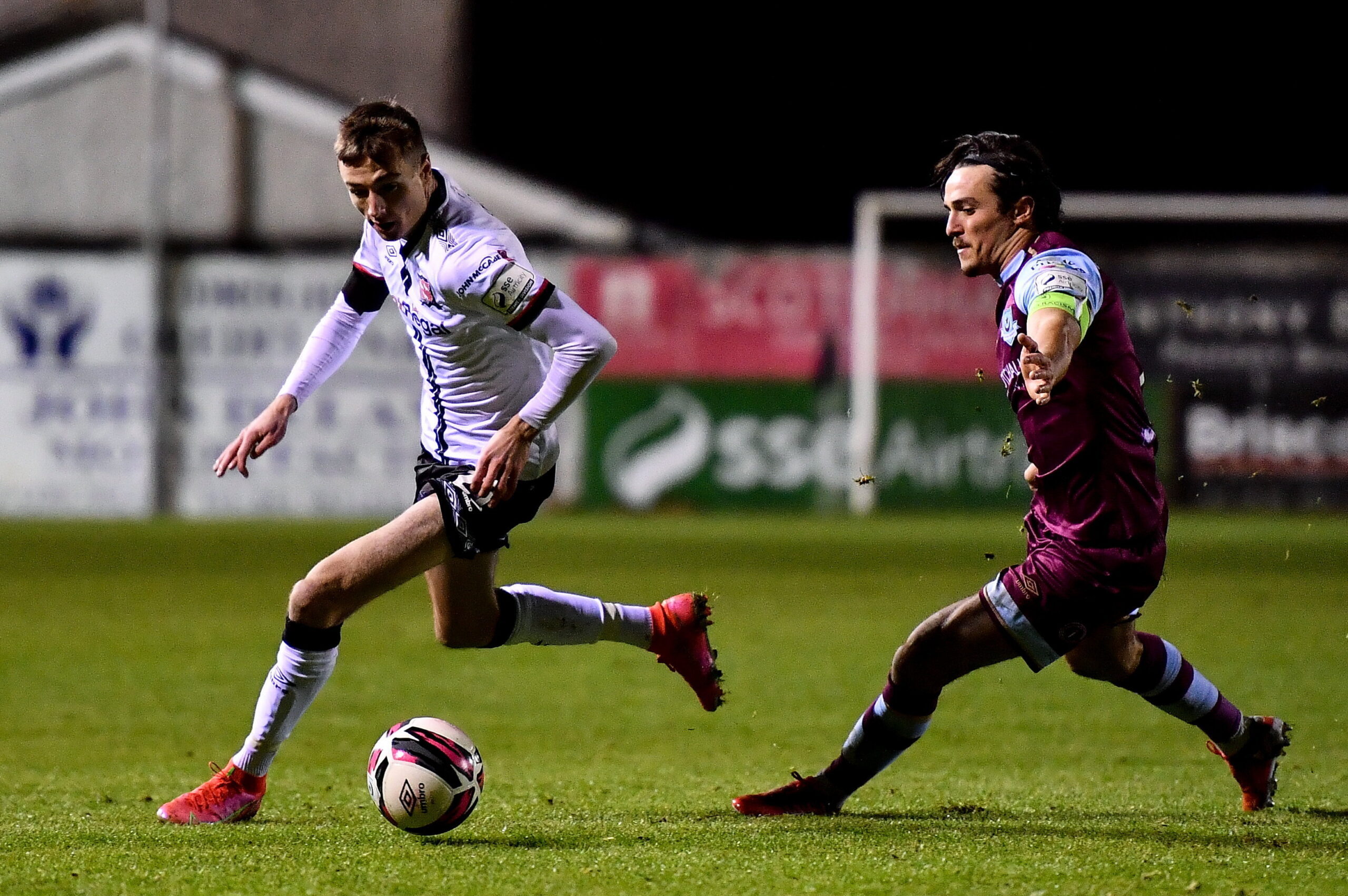 Andy Boyle also had the ball in the net for the Lilywhites when he got on the end of Duffy’s perfect ball in however he was adjudged to have pushed an opposition player in the process.

That was just before the break with the sides going in level at half-time.

That almost changed shortly after the restart when Will Patching’s shot from distance was fumbled by Odumosu but he got fortunate with the ball rebounding off the crossbar into his arm.

Then followed a flurry of Dundalk attacks mostly through corners.

Noting the home goalkeeper struggling under the high ball, Patching and Duffy peppered the goal line with kicks. 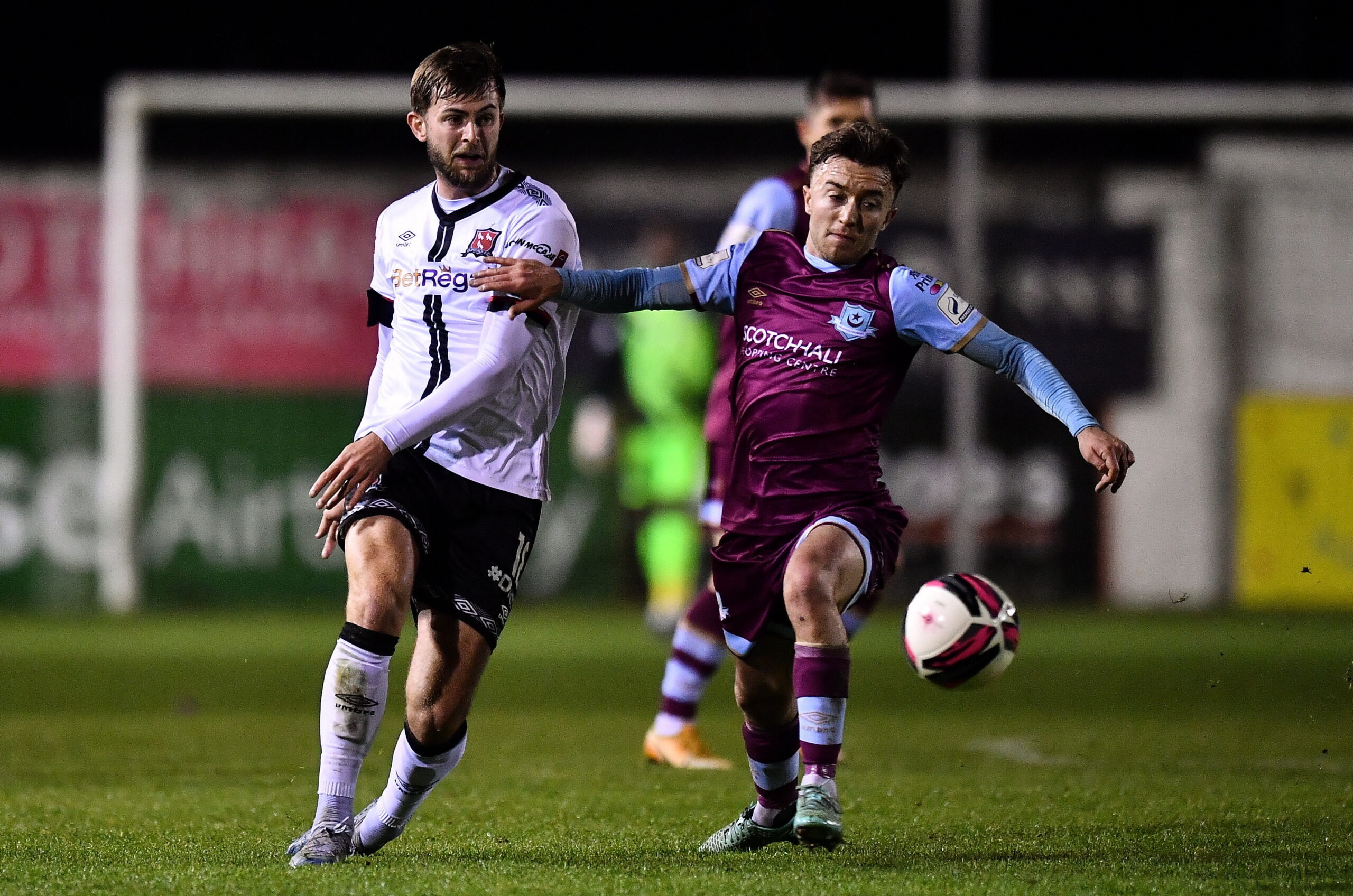 Somehow the Lilywhites didn’t score despite a series of corners with Daniel Kelly, Hoban, Murray and Boyle all coming close.

This was preceded by a good flowing move with Darragh Leahy pulling back for Murray but he couldn’t guide his effort on target. 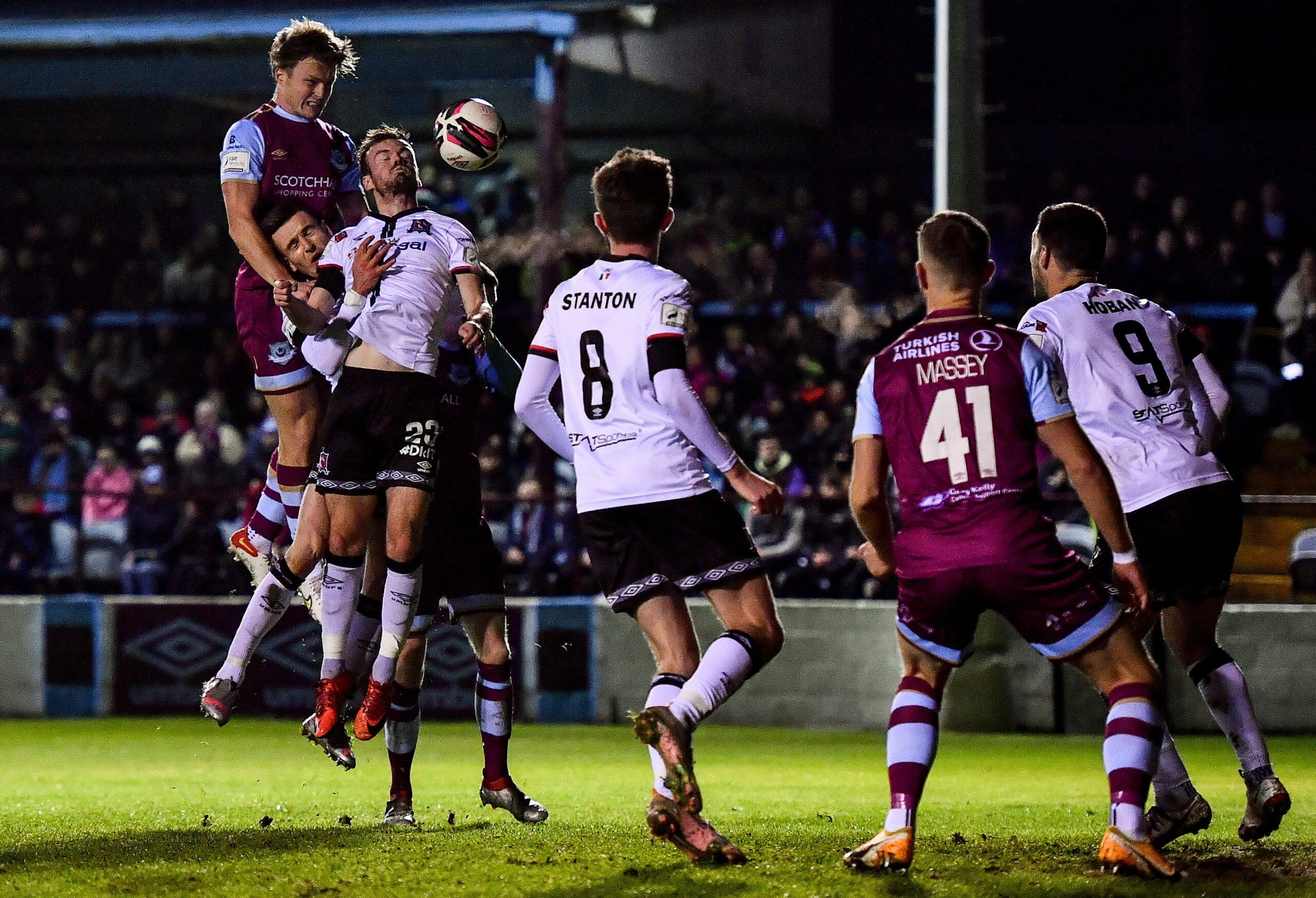 Gary Deegan was next to shoot from a free-kick but he also didn’t threaten Cherrie but it would be Dundalk who took the lead.

Murray’s ball into  the box was flicked on by Duffy. It ended in a scramble with Daniel Cleary bundling the ball home past Odumosu.

That proved to be the final action of note as Rob Harvey drew the match to a close after three additional minutes and saw the Lilywhites move above Drogheda in the table.