Dundalk fell to a 5-1 defeat on Monday evening at Dalymount Park.

A Georgie Kelly hat-trick for the Gypsies was added to by substitute Promise Omochere and a stunning Tyreke Wilson free-kick gave Bohs a deserved three points.

Greg Sloggett pulled one back with a thunderbolt of his own however it wasn’t near enough and Dundalk suffered their fifth defeat of the season. 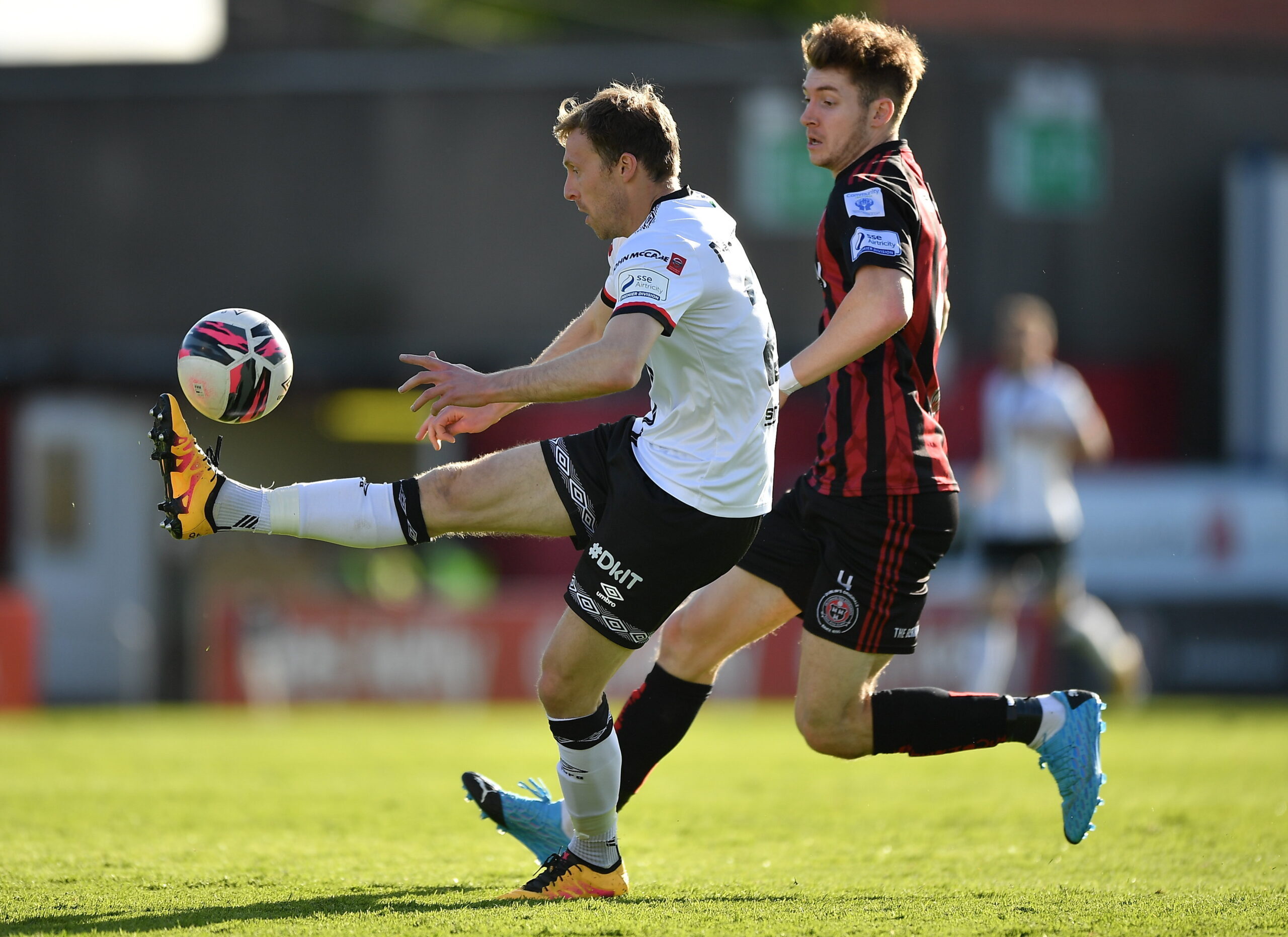 David McMillan in action against Rory Feely of Bohemians during the SSE Airtricity League Premier Division match at Dalymount Park in Dublin. Photo by Seb Daly/Sportsfile

Dundalk had a bright opening with Michael Duffy foraying down the left causing problems however against the run of play Bohemians would take the lead in the fifth minute.

A bursting run forward from Ross Tierney saw him find space inside the box and he squared it for former Lilywhite Georgie Kelly and he slotted past Alessio Abibi to make it 1-0.

It would be 2-0 in the 9th minute when Bohemians captain Tyreke Wilson struck a stunning free-kick from 30 yards giving Abibi no chance.

There was a dearth of chances after that with both sides struggling to retain possession of the ball.Cameron Dummigan did find a way to David McMillan who headed over the bar while at the other end Liam Burt fired just wide from distance. 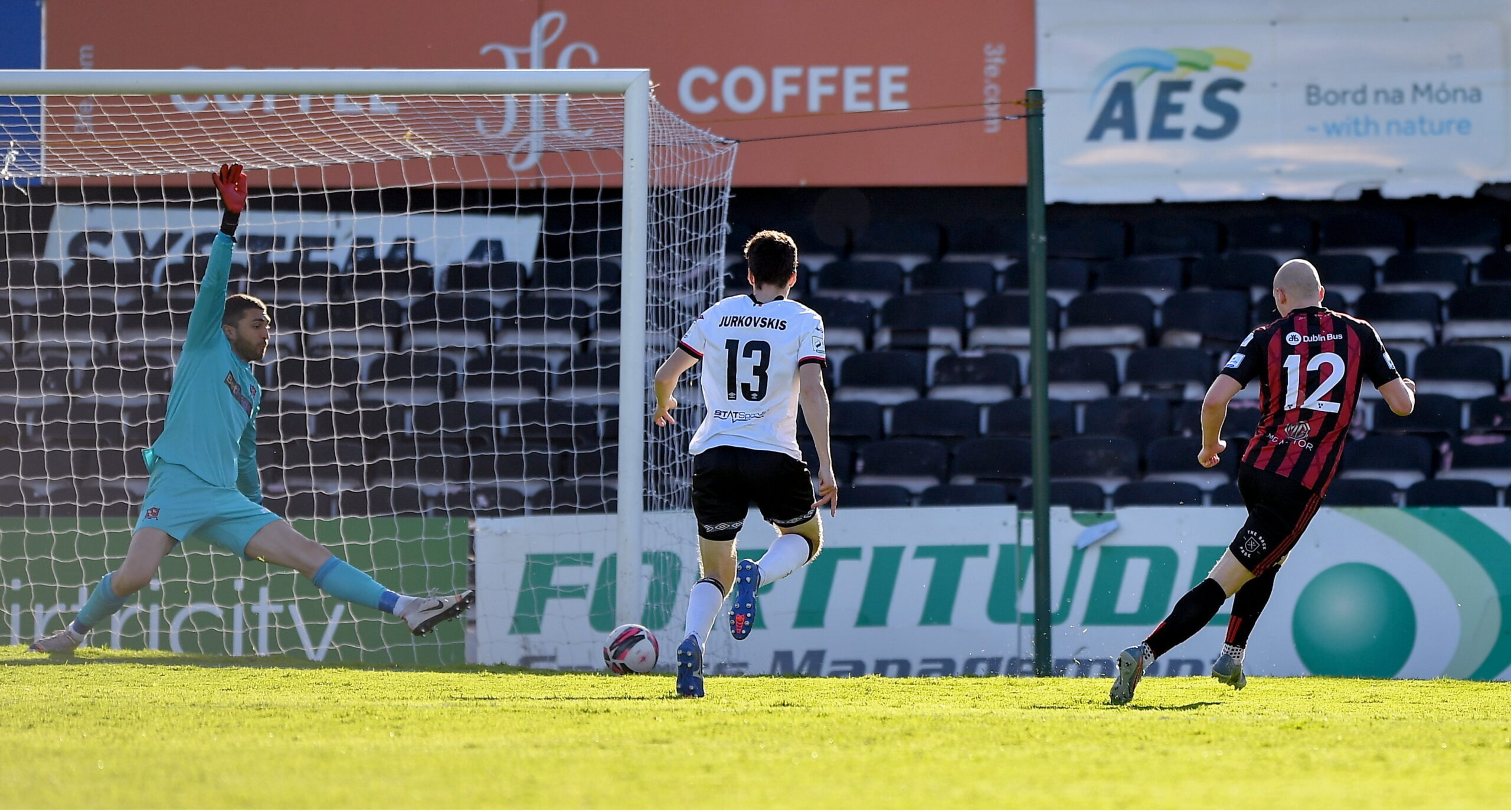 On the half hour mark, Patrick McEleney showed some magic and lifted the ball beautifully into the area to find McMillan but he couldn’t get enough on his header and it went wide.

Almost immediately it could have been 3-0 when Tierney ghosted in through the centre to get on the end of a cross from Burt but his effort was well saved by Abibi.

Tierney again came close when he was laid off by Rory Feely who made an impressive run but the shot was dragged inches wide of the post.

The Lilywhites looked to get back into the match immediately after the break when Duffy shot a free-kick however it didn’t threaten the goal. 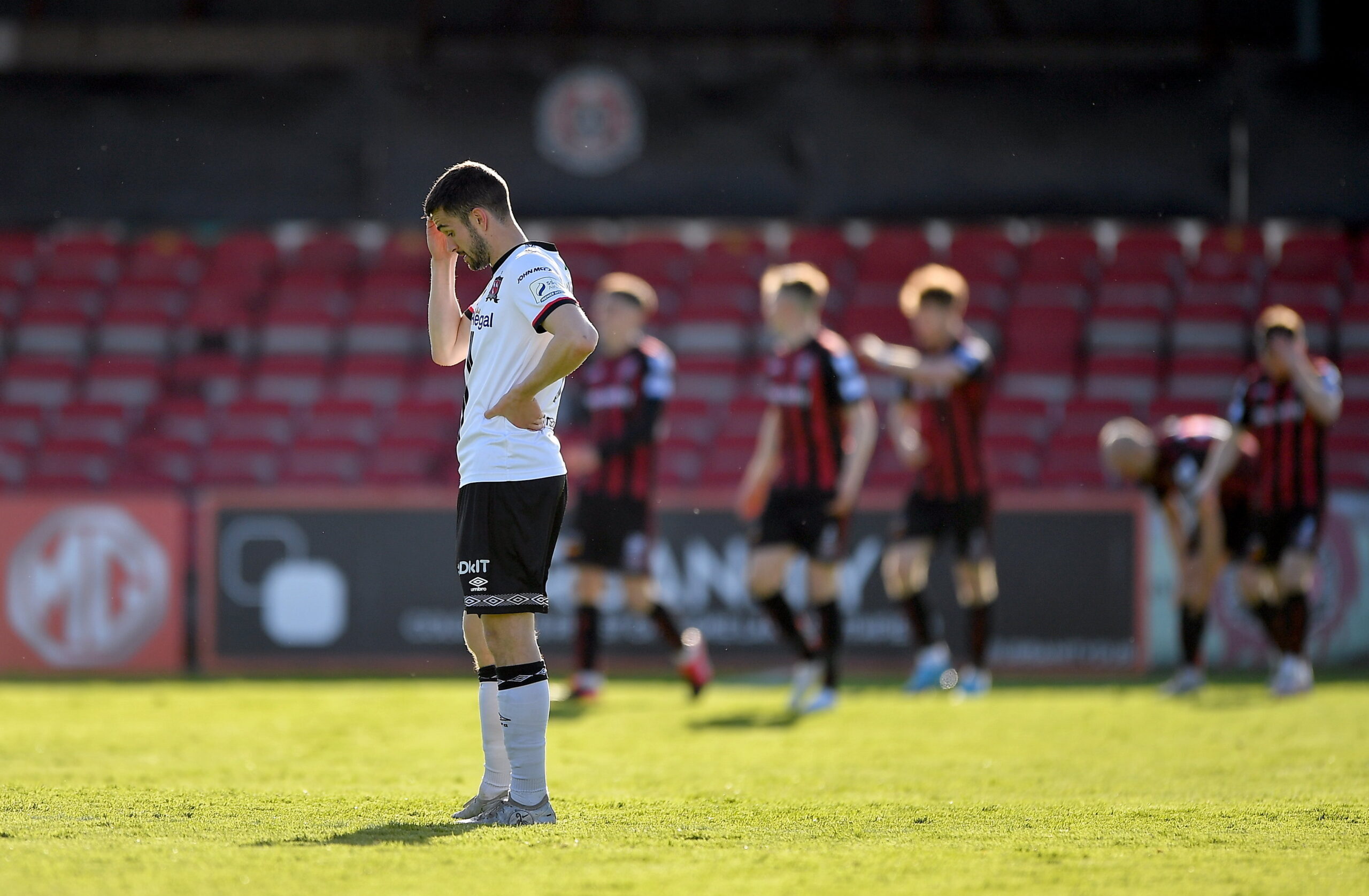 Michael Duffy reacts after his side conceded a third goal during the SSE Airtricity League Premier Division match with Bohemians at Dalymount Park in Dublin. Photo by Seb Daly/Sportsfile

It would be 3-0 with Bohemians first attack of the half when Kelly once again found himself free inside the box after Burt’s  through ball and slotted past Abibi.

The hosts were reduced to ten men when Wilson got his marching orders after a second yellow for a foul on Daniel Kelly.

Duffy had a free-kick and a shot saved by Talbot as the visitors tried to get on the scoresheet but they would be made rue those missed chances when Kelly sealed his hat-trick with a bullet header after a superb free-kick. 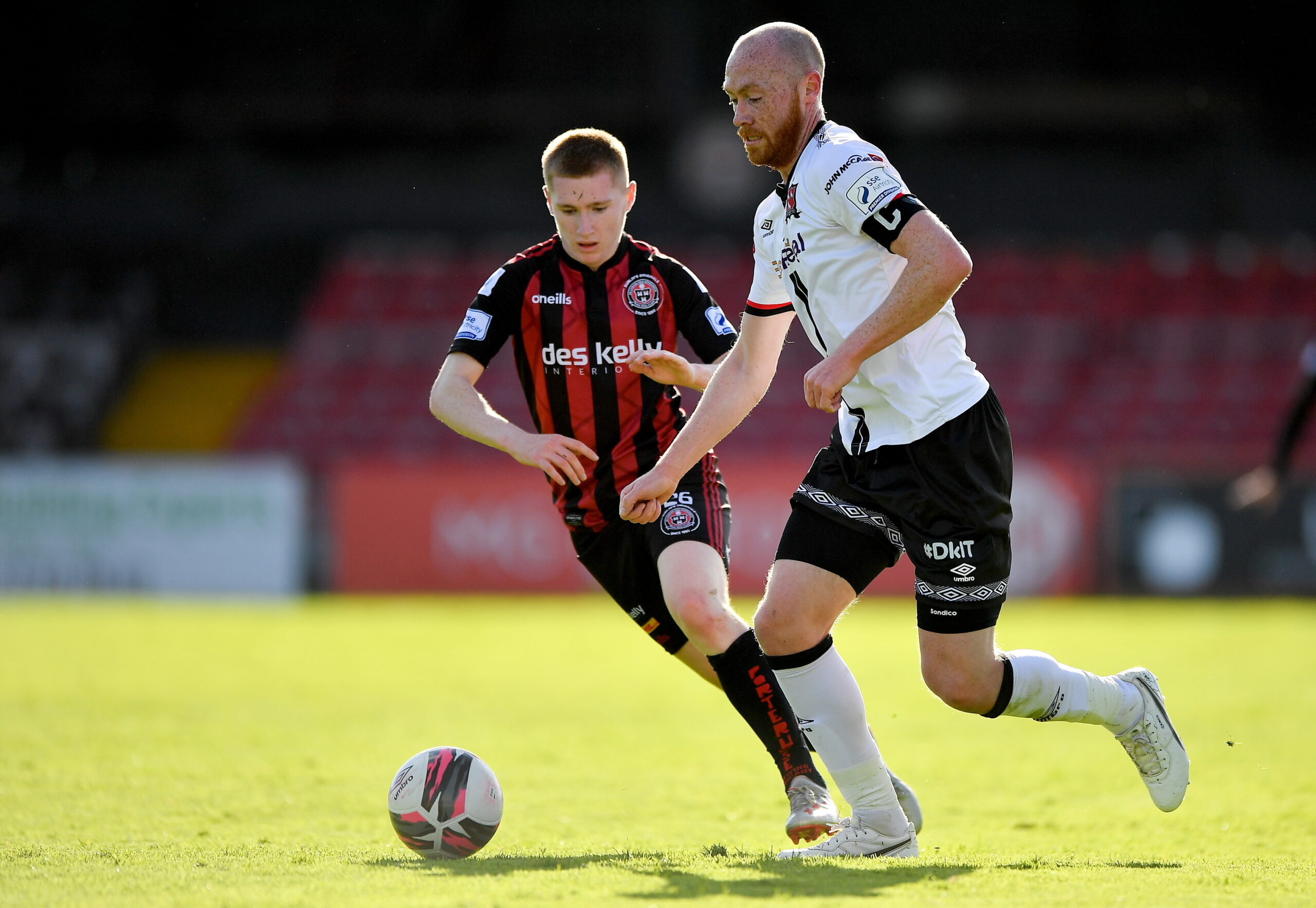 Chris Shields in action against Ross Tierney of Bohemians during the SSE Airtricity League Premier Division match at Dalymount Park in Dublin. Photo by Seb Daly/Sportsfile

The Lilywhites tried to pull one back and a double save from Talbot to deny both McEleney and Junior seemed to signal that they wouldn’t find the net.

Cameron Dummigan received a second yellow also for a foul on Burt and saw a red card as Dundalk were also reduced to ten men.

Greg Sloggett did get one for Dundalk as his thundering shot found the top corner giving Talbot no chance.

The scoring was complete in injury-time when Promise Omochere got free inside the box and he smashed past Abibi to confirm a miserable night for Dundalk.