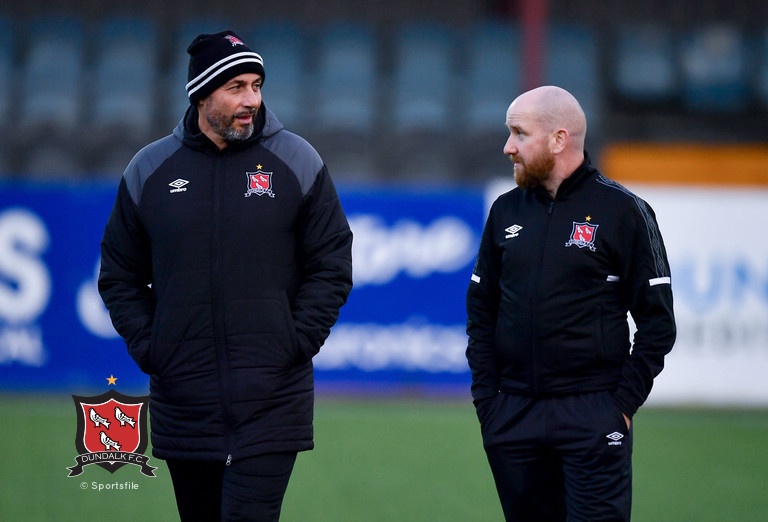 Dundalk FC can confirm that Filippo Giovagnoli has left the club, with immediate effect.⁣⁣

⁣⁣The Italian arrived at Oriel Park last August and played a major role in helping the Lilywhites to the group stages of the UEFA Europa League.⁣⁣

⁣⁣He also coached the side to FAI Cup final success against Shamrock Rovers at the Aviva Stadium in December 2020, and the FAI President’s Cup in March of this year.⁣⁣

⁣⁣The club would like to thank Filippo for his hard work at Oriel Park over the past nine months.⁣⁣

⁣He has behaved with great dignity and professionalism throughout his time in Ireland and everyone at the club wishes him all the very best in the future.⁣⁣

⁣Giuseppe Rossi will remain at Dundalk FC as part of the coaching team.⁣

⁣⁣Dundalk FC can also confirm that Shane Keegan has left his position as team manager.⁣⁣

⁣⁣Everyone at the club would like to thank Shane for his work during his time at Oriel Park and wishes him the very best in the future.⁣⁣

⁣⁣The club will conduct a thorough recruitment process for a new manager and will not be making any further comment on the selection process until an appointment is made.