Dundalk coach Filippo Giovagnoli has paid tribute to full-back Dane Massey who has confirmed that his eight-year spell at Oriel Park is at an end.

After arriving from Bray Wanderers in the winter of 2012, Massey went on to make almost 300 appearances for the Lilywhites and was an integral part of the club’s run of success over the past seven years.

During his time at Oriel Park, he won five Premier Division titles, three FAI Cups, three League Cups, two President’s Cups and a Unite The Union Champions Cup as well as helping the Lilywhites to the Europa League group stages in 2016 and 2020.

He announced his departure on social media, saying: “It is with a very heavy heart that I say I will not be returning to Dundalk FC this season.

“I have spent the last eight years there and have had such an incredible experience. I never thought when I signed for Dundalk that it would take me on the ride of a lifetime. 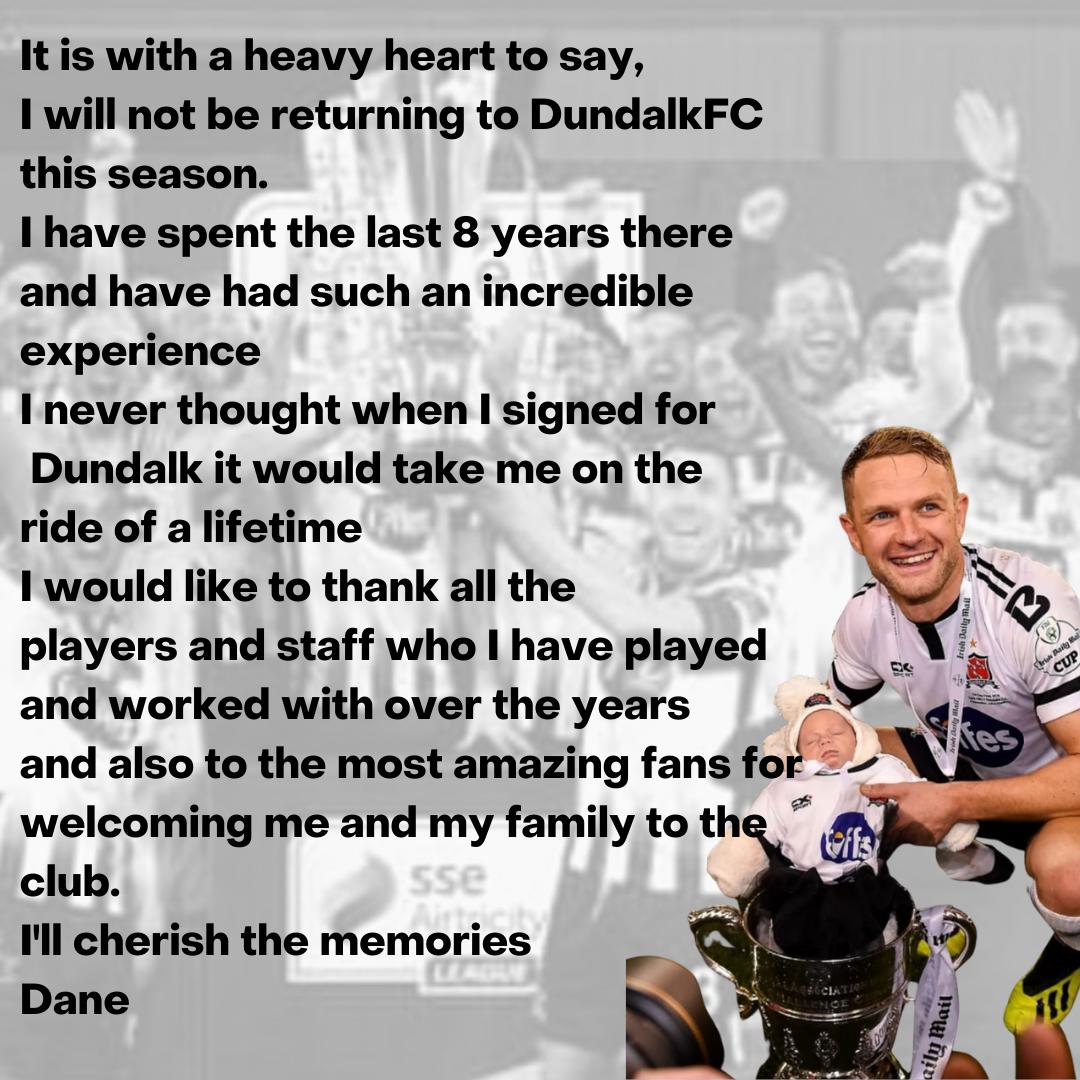 “I would like to thank all the players and staff who I have played and worked with over the years, and also to the amazing fans for welcoming me and my family to the club. I’ll cherish the memories.”

Massey scored the first goal of the Giovagnoli era with a stunning effort against Cobh Ramblers on August 30th but a hip injury put paid to his chances of an extended run in the team and that FAI Cup tie at St Colman’s Park proved to be his last in a white shirt.

“What can I say about Dane?” said Giovagnoli. “He is a legend in Dundalk and in Ireland. I feel so bad that I could not use him at the end of the season because I know he worked so hard to get back from the injury. It is something that will always be on the dark side of my heart.

“The club is moving in a direction to try and bring younger players in and, unfortunately, it’s just part of the natural cycle of life but I respect Dane so much, he is a strong character, a strong player, a good man and I wish him the very best.”